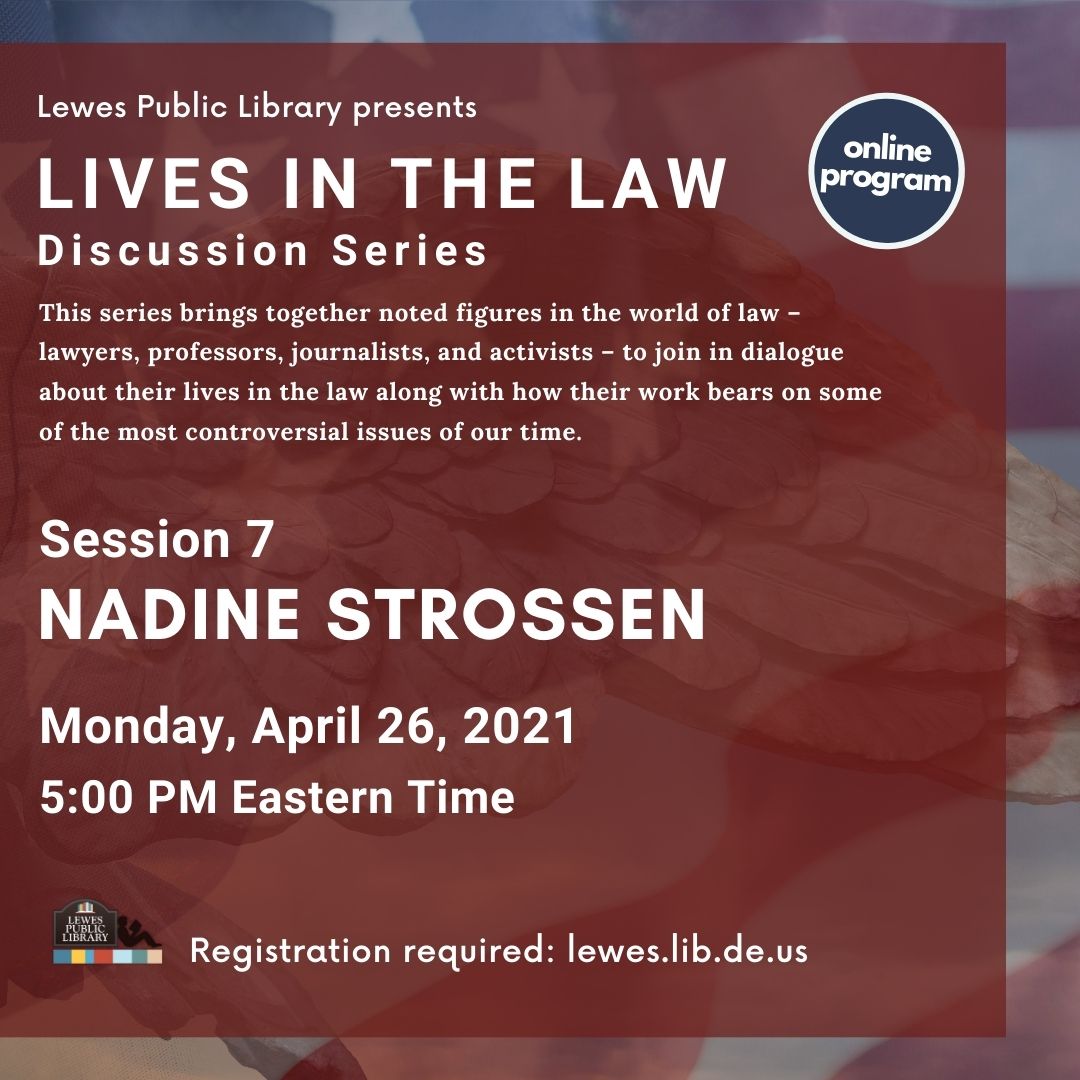 This series brings together noted figures in the world of law – lawyers, professors, journalists, and activists – to join in dialogue about their lives in the law along with how their work bears on some of the most controversial issues of our time. Ronald Collins, a retired law professor and the Library’s first Distinguished Lecturer, will host the series including conducting interviews and inviting dialogue. The series is meant for laypersons and specialists alike. Audience participation by way of questions and comments is welcome and encouraged.

Nadine Strossen is the John Marshall Harlan II Professor of Law, Emerita at New York Law School. She has written, taught, and advocated extensively in the areas of constitutional law and civil liberties, including through frequent media interviews. From 1991 to 2008, she served as president of the American Civil Liberties Union, the first woman to head the nation’s largest and oldest civil liberties organization. Professor Strossen is currently a member of the ACLU’s National Advisory Council, as well as the Advisory Boards of Electronic Privacy Information Center (EPIC), Foundation for Individual Rights in Education (FIRE), Heterodox Academy, and the National Coalition Against Censorship. Her 2018 book, HATE: Why We Should Resist It With Free Speech, Not Censorship, has been widely praised by ideologically diverse experts. Her earlier book, Defending Pornography: Free Speech, Sex, and the Fight for Women’s Rights, was named by The New York Times as a “Notable Book” of 1995.

Ronald Collins is the former Harold S. Shefelman scholar at the University of Washington Law School. He served as a Supreme Court fellow for Chief Justice Warren Burger. He is the editor of the weekly blog First Amendment News and is on the editorial board of SCOTUSblog. He is also the co-chair of The First Amendment Salons and the co-director of the History Book Festival. He is the author of some dozen books on everything from artificial intelligence and free speech to campaign finance law, and on individuals including Justice Holmes, Machiavelli, comedian Lenny Bruce, and poet Lawrence Ferlinghetti.