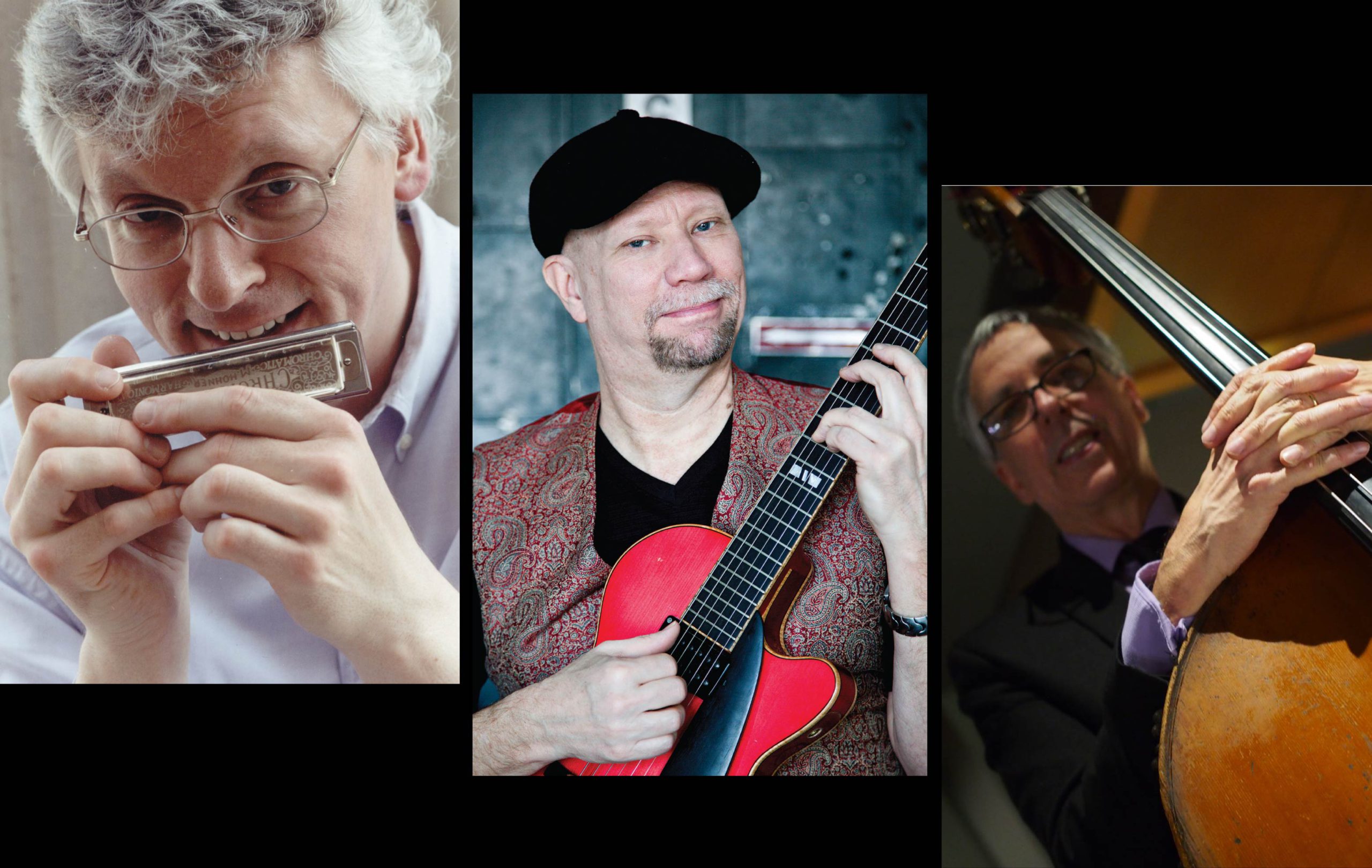 Hailed as “one of the world’s leading exponents of the jazz harmonica” by JazzTimes Magazine, Hendrik Meurkens has been described as “Brazilian samba swing with Toots Thielemans’ virtuosity”. His 24 CDs have received rave reviews and strong airplay and established his immediately recognizable style of Brazilian Jazz. He received the Brazilian International Press Award in 2014 and critics, as well as the jazz listening public, have recognized Meurkens’ incredible talent – listing him repeatedly in the Downbeat and Jazziz Polls.

Joining Hendrik will be master guitarist Paul Bollenback, for whom George Benson called “a versatile dynamo on guitar . . . his approach to jazz and blues has a uniqueness unto itself”. Bollenback has appeared on the Tonight Show, Good Morning America, the Today Show, and Entertainment Tonight, and has played with an impressive spectrum of musicians, including Joey DeFrancesco, Steve Gadd, Gary Bartz, Terri-Lyne Carrington, Herb Ellis, Jack McDuff, James Moody, David “Fathead” Newman, to name just a few.

Rounding out the trio is bassist Paul Langosch. A veteran of the jazz scene with an impressive list of credentials including Jon Hendricks, George Shearing, Rosemary Clooney, Mel Torme, Susanna McCorkle, and over 20 years as bassist for Tony Bennett performing on 10 Bennett recordings, many television shows, and multiple tours to Japan, South America, Europe, Great Britain, and Australia.