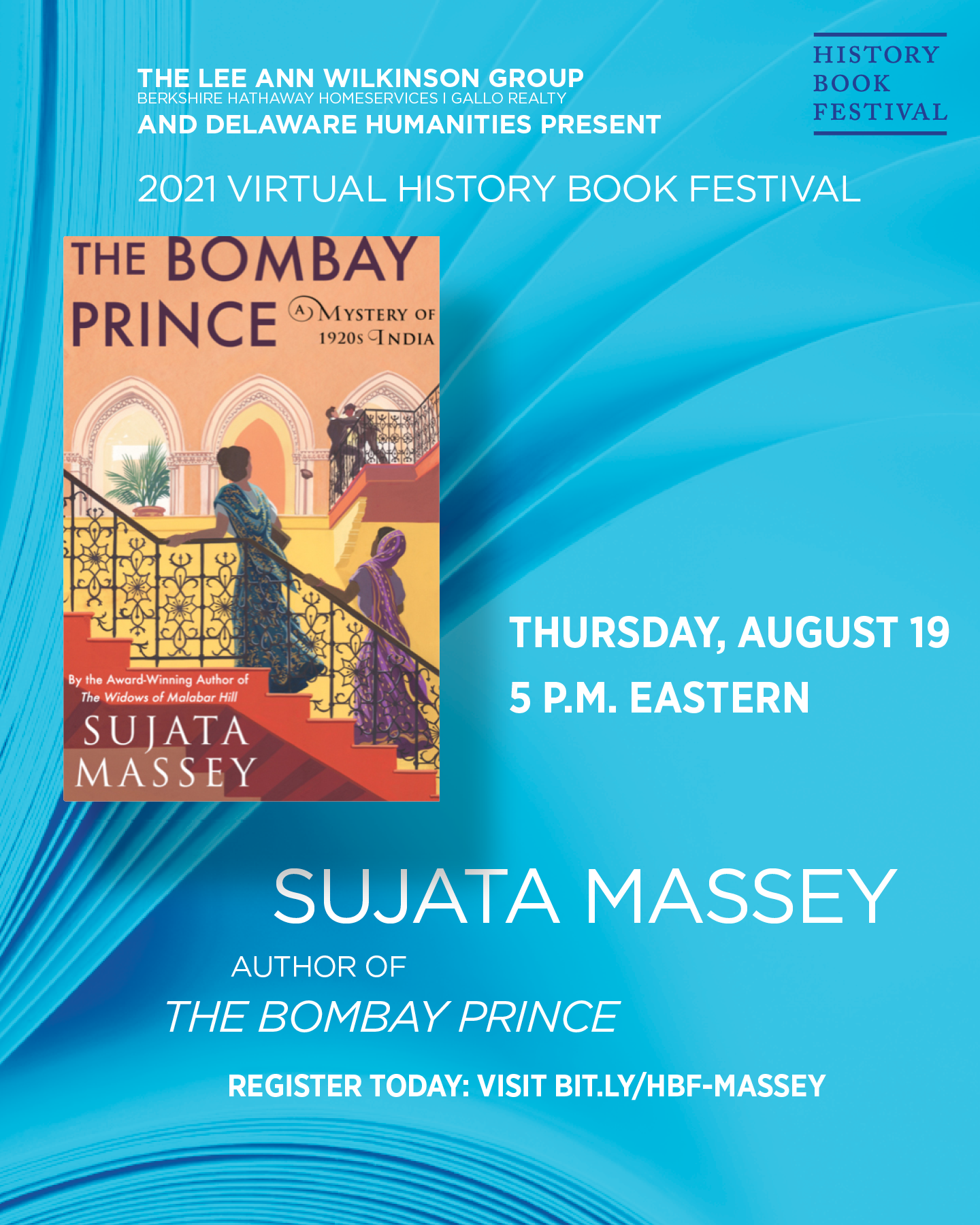 In November 1921, Edward VIII, Prince of Wales and India’s future ruler, arrives in Bombay to begin a national tour. As local unrest spirals into riots, Freny Cuttingmaster, an 18-year-old female student, falls from a gallery just as the prince’s procession is passing by her college. Freny had consulted with Perveen Mistry, Bombay’s first female solicitor, before her death, and Perveen suspects that something Feny confided during their conversation led to her murder. She determines to seek justice for Freny’s family.

Sujata Massey is the author of 15 novels, four of which are historical fiction set in late British colonial India. The first book in the Perveen Mistry series, The Widows of Malabar Hill (featured at the 2019 History Book Festival), was named a Publishers Weekly Best Mystery/Thriller of the Year.