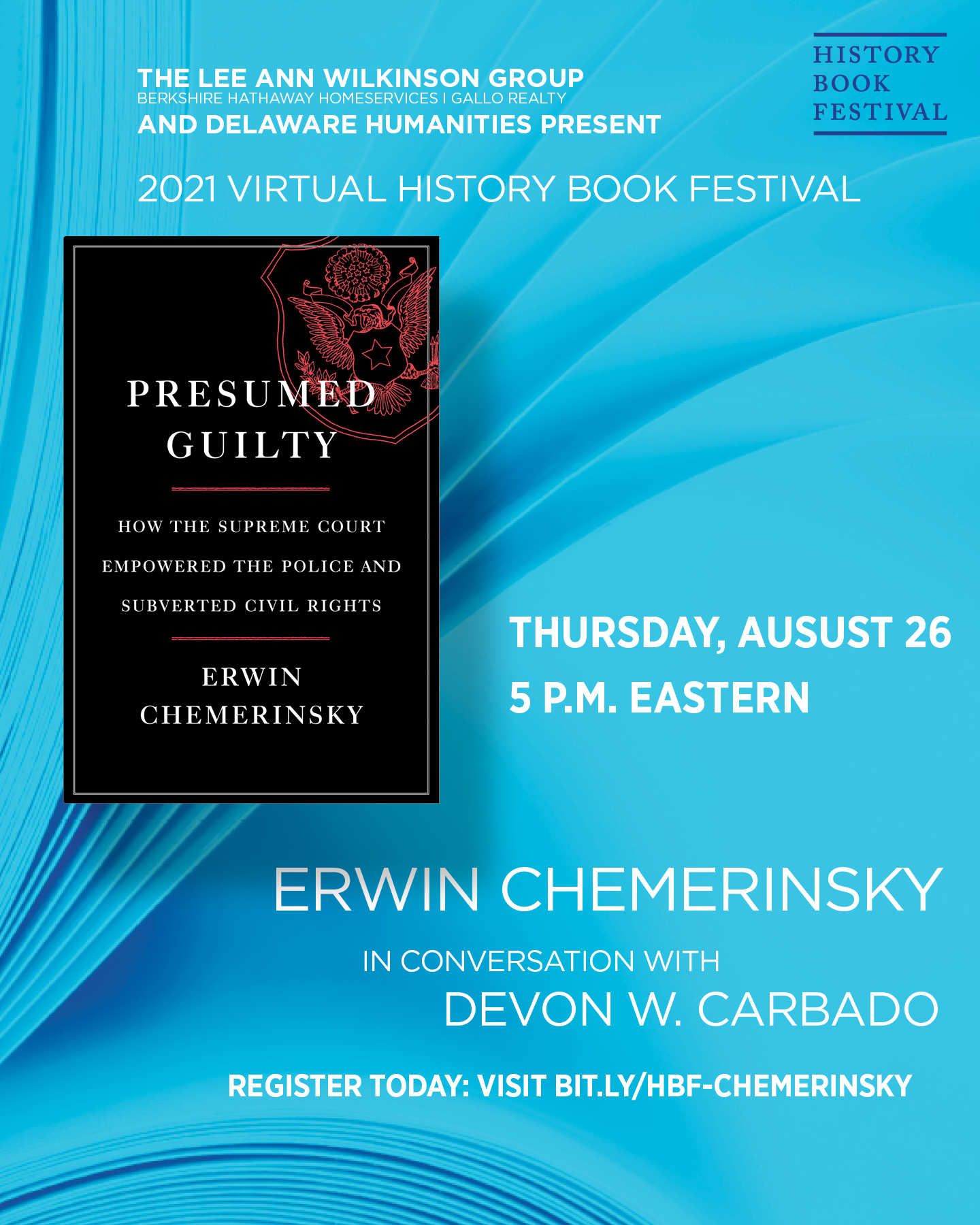 Presumed Guilty is a troubling history that reveals how the Supreme Court has enabled racist policing and sanctioned law enforcement excesses. The fact that police are nine times more likely to kill Black men than other Americans is no accident, the author says, but the result of an elaborate body of doctrines that allow the police and courts to presume that suspects are guilty before being charged. Beginning during Nixon’s presidency, the ascendance of conservative justices has led to rulings permitting the practice of “stop and frisk,” limiting suits to reform police departments, and abetting the use of chokeholds. Chemerinsky argues that an approach to policing that continues to exalt “Dirty Harry” can be transformed only by a robust court system committed to civil rights.

Erwin Chemerinsky is the Dean of the University of California, Berkeley, School of Law. His other books include The Conservative Assault on the Constitution and The Case Against the Supreme Court.

Devon W. Carbado is the Hon. Harry Pregerson Professor of Law at UCLA School of Law, where he writes and teaches on constitutional criminal procedure, constitutional law, and race and the law. His book, Unreasonable: Black Lives, Police Power, and the Fourth Amendment, is forthcoming from the New Press.