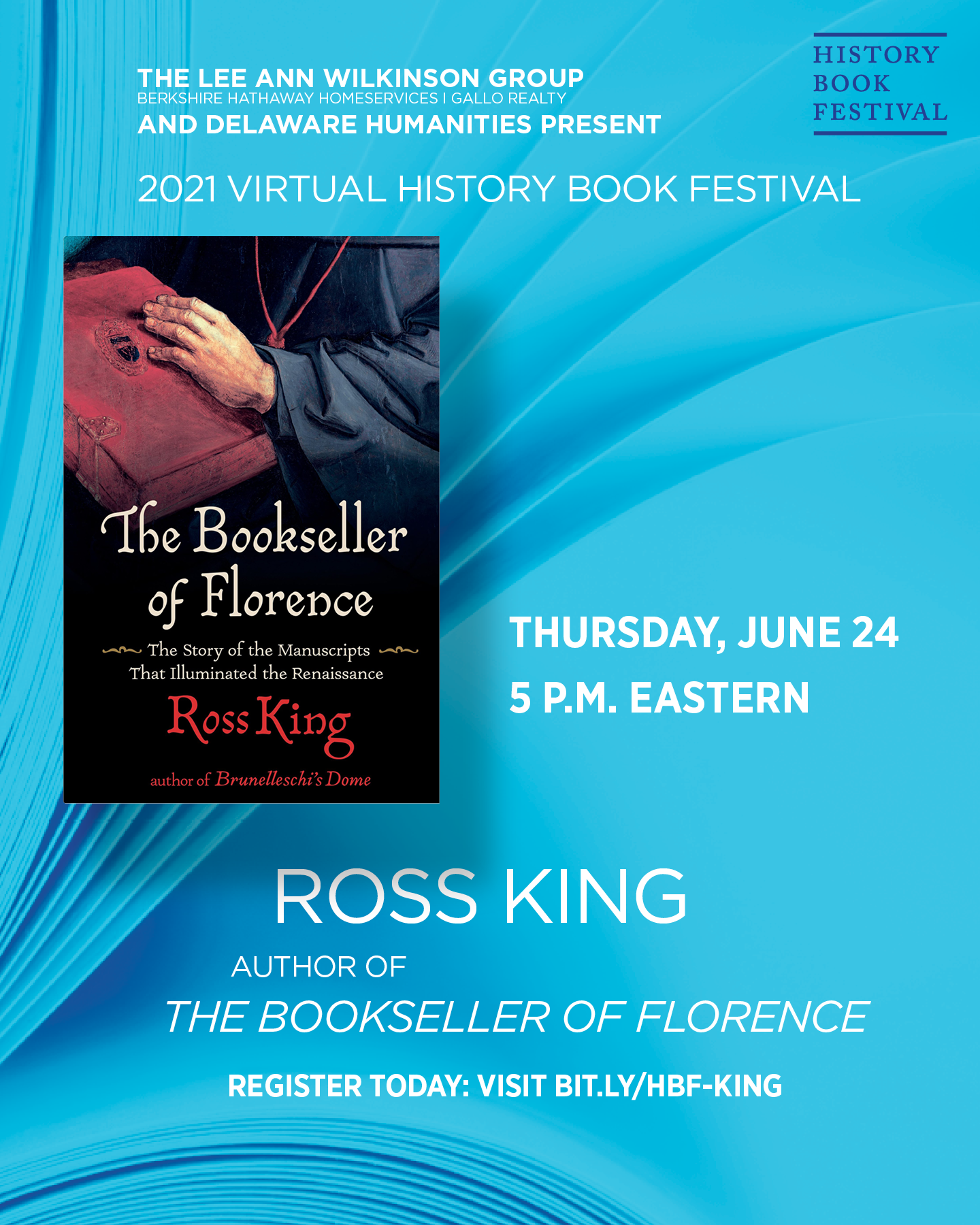 Vespasiano da Bisticci operated a bookshop during the 15th century “Golden Age” of Renaissance Florence. At a time when all books were made by hand, he produced and sold many hundreds of volumes from his shop, which became a gathering spot for debate and discussion. His books were works of art in their own right, and his clients included popes, kings, and princes who wished to burnish their reputations by founding magnificent libraries. Vespasiano had reached the summit of his powers as Europe’s most prolific merchant of knowledge when a new invention appeared to challenge his influence: the printed book.

Ross King is the author of Brunelleschi’s Dome, Michelangelo and the Pope’s Ceiling, The Judgment of Paris, Mad Enchantment, Leonardo and the Last Supper, and Machiavelli: Philosopher of Power.

Online program from the Lewes Public Library and the History Book Festival.
NOTE: this meeting is being conducted through Zoom. You MUST REGISTER to receive instructions for joining the meeting.