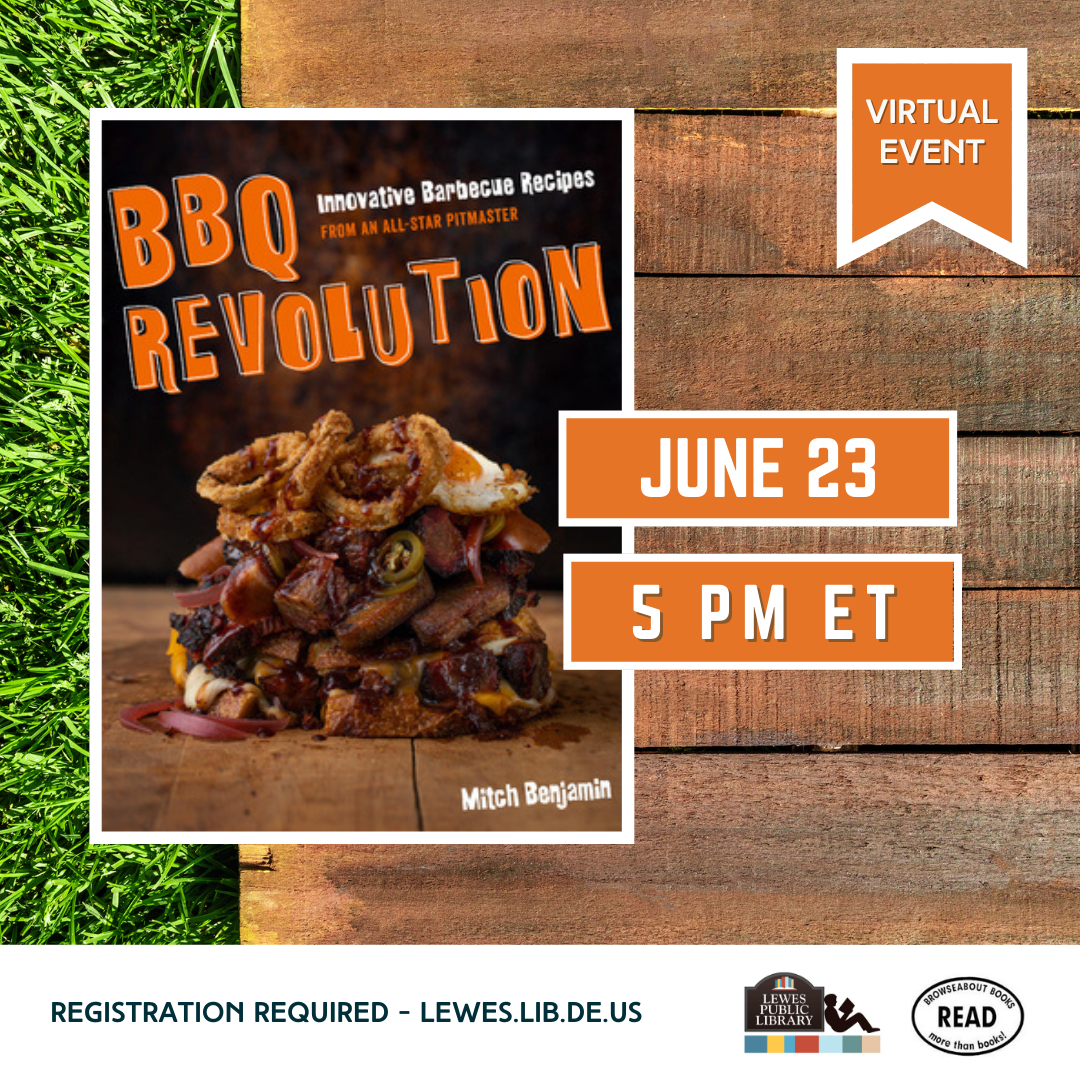 Join us for a conversation with founder of the Meat Mitch competition BBQ team and brand, Mitch Benjamin, to present on his new cookbook, BBQ Revolution: Innovative Barbecue Recipes from an All-Star Pitmaster.

Mitch Benjamin has helped open BBQ restaurants in Paris, served his smoked meat to baseball legends at Yankee Stadium, and taken home some serious hardware from just about every major BBQ competition. In this book, he throws open the doors to his kitchen (or as he calls it, his “Mitchen”) and takes BBQ on a wild ride! The book starts with his behind the scenes look at competition BBQ and smoking, then winds its way through chapters both classic and creative. Whether you’re relatively new to BBQ or a seasoned pitmaster, you’re sure to find new ideas, techniques, and flavors in this book.

Mitch Benjamin, founder of the Meat Mitch competition BBQ team and brand, is the inventor of sauces and rubs that are consistently among the most award-winning and decorated in the country. The Meat Mitch competition team has won the prestigious American Royal BBQ Sauce World Championship Competition, The Memphis in May World Championship BBQ Sauce Competition, and finished with a 1st, 2nd, and 3rd in the heralded National Barbecue and Grilling Competition. Meat Mitch products can be found in stores and national chains throughout the US and in more than a dozen countries around the world.

Mitch will be interviewed by Denise Clemons, Cape Gazette food columnist and author of A Culinary History of Southern Delaware: Scrapple, Beach Plums and Muskrat.