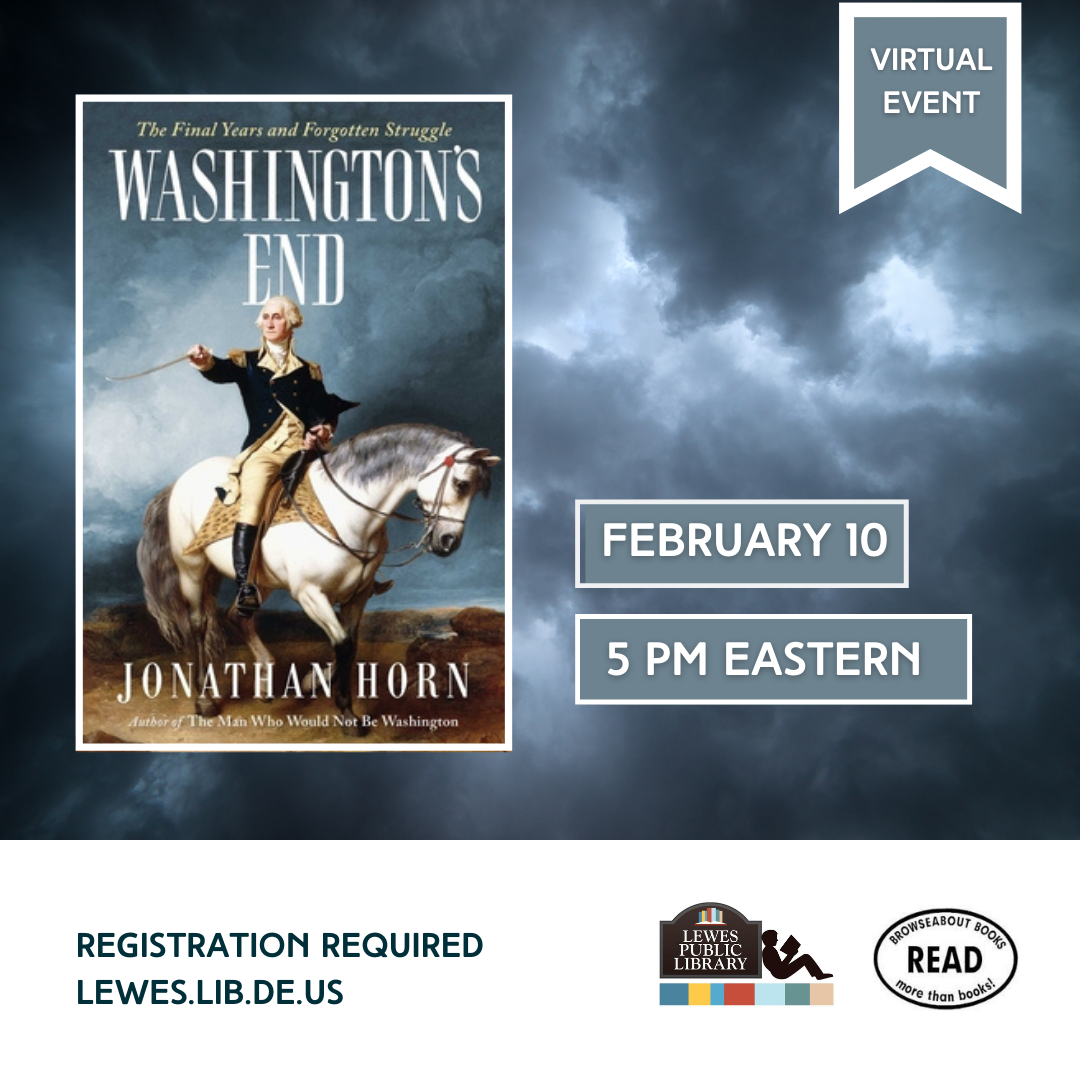 Join us for an interactive, online conversation with Jonathan Horn, bestselling author of Washington’s End: The Final Years and Forgotten Struggle, described as a captivating and enlightening look at George Washington’s post-presidential life and the politically divided country that was part of his legacy” (New York Journal of Books).

Beginning where most biographies of George Washington leave off, Washington’s End opens with the first president exiting office after eight years and entering what would become the most bewildering stage of his life. Embittered by partisan criticism and eager to return to his farm, Washington assumed a role for which there was no precedent at a time when the kings across the ocean yielded their crowns only upon losing their heads. In a different sense, Washington would lose his head, too. In this riveting read, bestselling author Horn reveals the quest to surrender power proved more difficult than Washington imagined and brought his life to an end he never expected.

Jonathan Horn is an author and former White House presidential speechwriter whose Robert E. Lee biography, The Man Who Would Not Be Washington, was a Washington Post bestseller. Jonathan has appeared on CNN, Fox News, MSNBC, and PBS NewsHour, and his writing has appeared in The Washington Post, The New York Times’ Disunion series, Politico Magazine, The Daily Beast, The Weekly Standard, and other outlets. A graduate of Yale University, he lives in Bethesda, Maryland, with his wife, daughter, and dog.