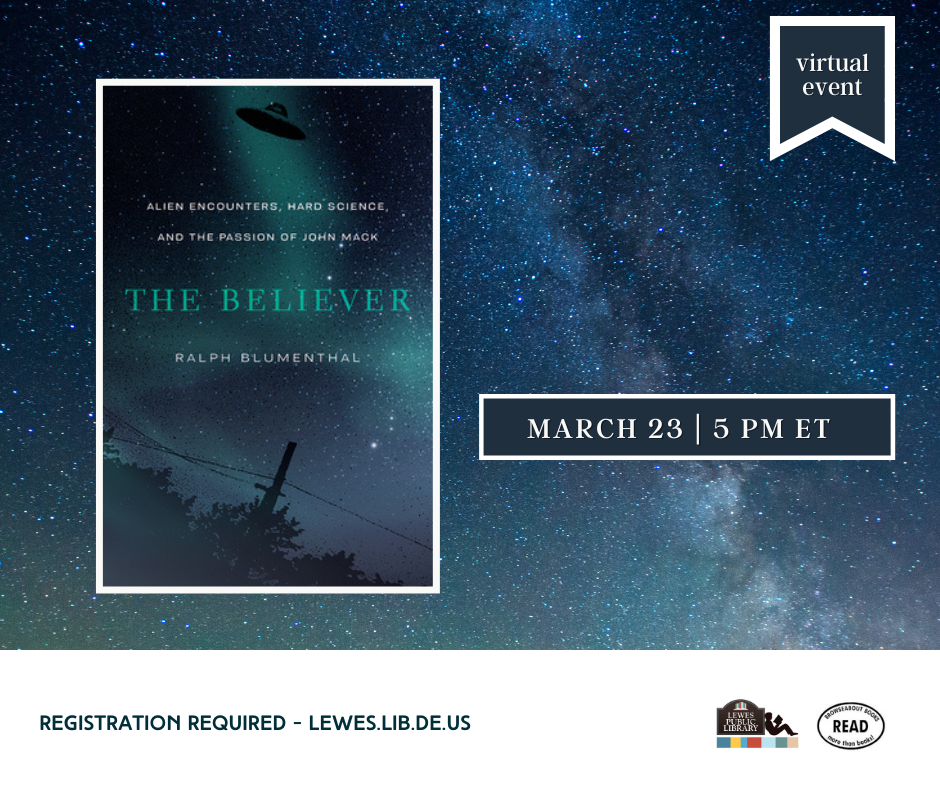 Join us for a live online conversation with Ralph Blumenthal, the author of The Believer: Alien Encounters, Hard Science, and the Passion of John Mack, the weird and chilling true story of notorious Harvard psychiatrist and Pulitzer Prize–winner Dr. John Mack, who famously studied and attempted to legitimize UFO abduction accounts at the risk of his own credibility in the 1990s. Joining him in conversation is Will Bueché, Consultant and Archivist to the John E. Mack Archives.

Dr. John Mack risked his career to investigate the phenomenon of human encounters with aliens and to give credibility to the stupefying tales shared by people who were utterly convinced they had happened. Nothing in Mack’s four decades of psychiatry had prepared him for the otherworldly accounts of a cross-section of humanity including young children who reported being taken against their wills by alien beings. Over the course of his career his interest in alien abduction grew from curiosity to wonder, ultimately developing into a limitless, unwavering passion. Based on exclusive access to Mack’s archives, journals, and psychiatric notes and interviews with his family and closest associates, The Believer reveals the life and work of a man who explored the deepest of scientific conundrums and further leads us to the hidden dimensions and alternate realities that captivated Mack until the end of his life.

Ralph Blumenthal was an award-winning reporter for the New York Times. He coauthored the Times article in 2017 that broke the news of a secret Pentagon unit investigating UFOs, and he is the author of four nonfiction books including Miracle at Sing Sing: How One Man Transformed the Lives of America’s Most Dangerous Prisoners. A distinguished lecturer at Baruch College, he lives in New York City.

Will Bueché is an archivist at the John Mack Institute. Previously, he worked for Dr. Mack as a transcriber of the remarkable interviews that Mack conducted with people who reported alien encounters.