Author Discussion with Janet Evanovich and Steve Hamilton: The Bounty 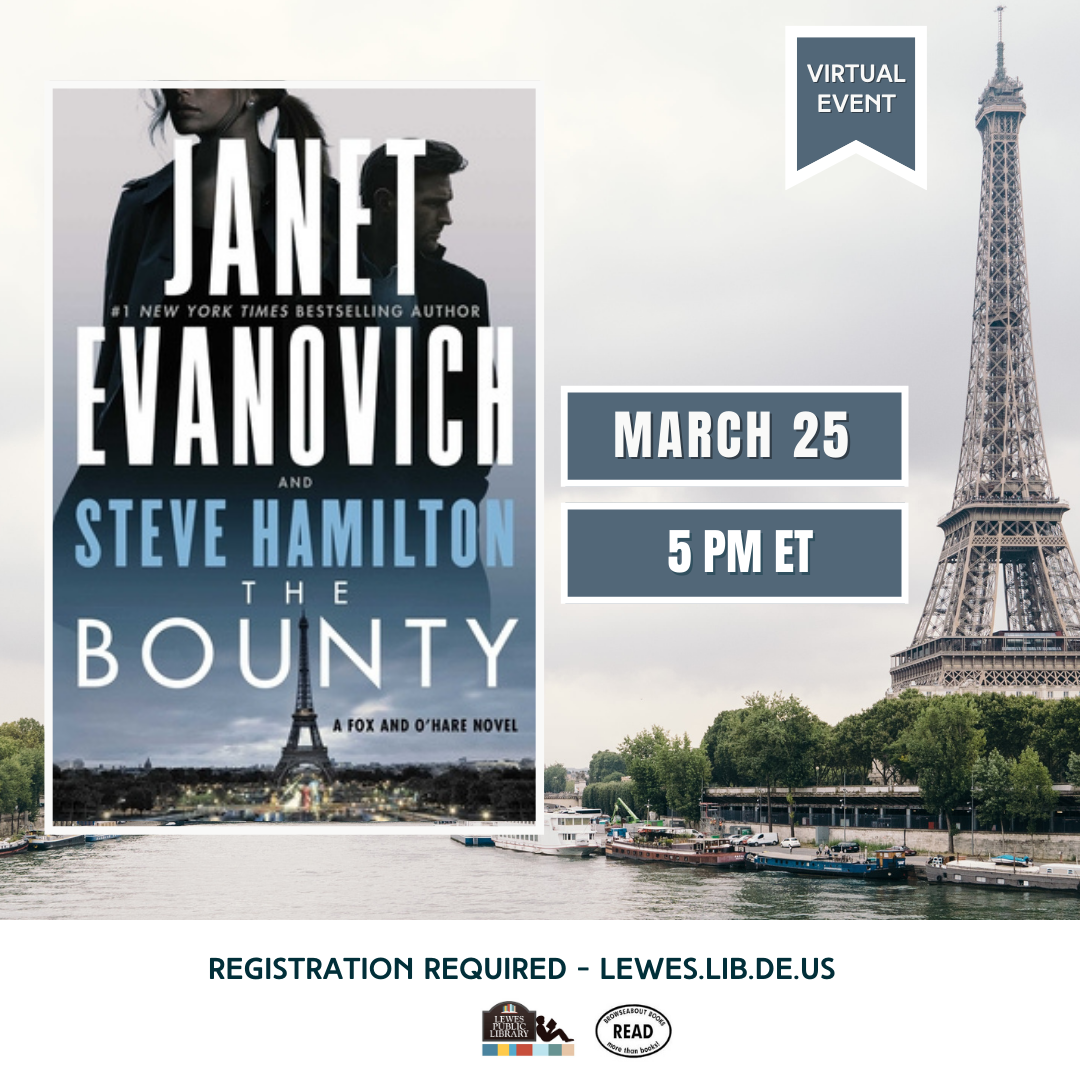 Join us for an evening with New York Times Bestselling co-authors Janet Evanovich and Steve Hamilton to discuss their new novel, The Bounty. The seventh book in the Fox and O’Hare series finds FBI Agent Kate O’Hare and charming con man Nick Fox in a race against time to uncover a buried train filled with Nazi gold in this thrilling adventure.

Straight as an arrow special agent Kate O’Hare and international con man Nick Fox have brought down some of the biggest criminals out there. But now they face their most dangerous foe yet—a vast, shadowy international organization known only as the Brotherhood. Directly descended from the Vatican Bank priests who served Hitler during World War II, the Brotherhood is on a frantic search for a lost train loaded with $30 billion in Nazi gold, untouched for over seventy-five years somewhere in the mountains of Eastern Europe.

Kate and Nick know there is only one man who can find the fortune and bring down the Brotherhood—the same man who taught Nick everything he knows—his father, Quentin. As the stakes get higher, they must also rely on Kate’s own father, Jake, who shares his daughter’s grit and stubbornness. Too bad they can never agree on anything. From a remote monastery in the Swiss Alps to the lawless desert of the Western Sahara, Kate, Nick, and the two men who made them who they are today must crisscross the world in a desperate scramble to stop their deadliest foe in the biggest adventure of their lives.

Over the last twenty-five years, Janet Evanovich has written a staggering twenty-three #1 New York Times bestsellers in the Stephanie Plum series. In addition to the Plum novels, Janet has coauthored the New York Times bestselling Fox and O’Hare series (including The Big Kahuna with her son, Peter Evanovich), the Knight and Moon series, the Lizzy and Diesel series, the Alexandra Barnaby novels, and the graphic novel, Troublemaker (with her daughter, Alex Evanovich).

NOTE: this webinar is being conducted through Zoom. You MUST REGISTER to receive instructions for joining the webinar.