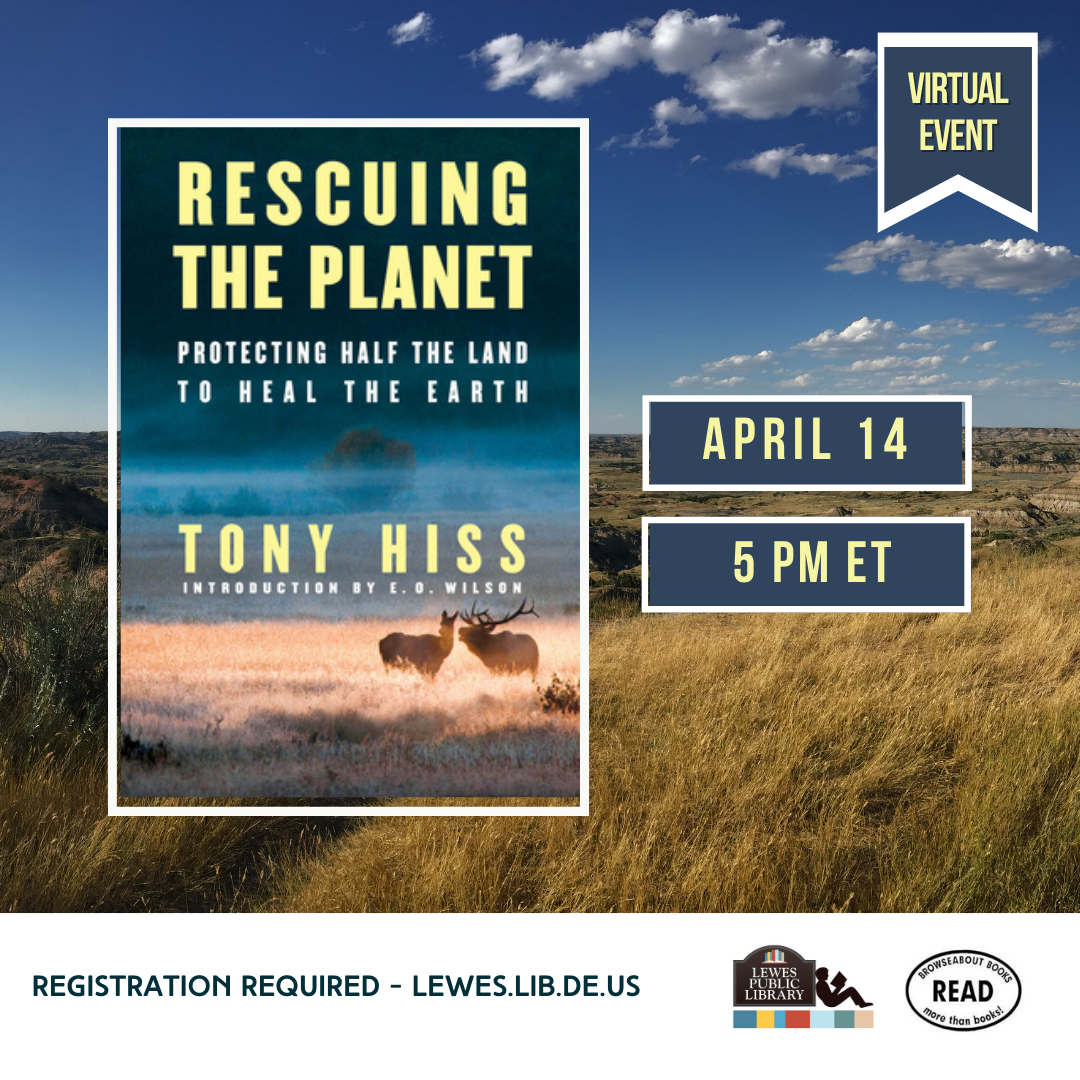 Join us for a conversation with award-winning author of The Experience of Place and veteran New Yorker staff writer Tony Hiss, as he discusses his new book, Rescuing the Planet: Protecting Half the Land to Heal the Earth. Joining him in conversation is Robert J. Etgen, Executive Director of Eastern Shore Land Conservancy.

Beginning in the vast North American Boreal Forest that stretches through Canada, and roving across the continent, from the Northern Sierra to Alabama’s Paint Rock Forest, from the Appalachian Trail to a ranch in Mexico, Tony Hiss sets out on a journey to take stock of the “superorganism” that is the earth: its land, its elements, its plants and animals, its greatest threats–and what we can do to keep it, and ourselves, alive. He not only invites us to understand the scope and gravity of the problems we face, but also makes the case for why protecting half the land is the way to fix those problems. He highlights the important work of the many groups already involved in this fight, such as the Indigenous Leadership Initiative, the Yellowstone to Yukon Conservation Initiative, and the global animal tracking project ICARUS. And he introduces us to the engineers, geologists, biologists, botanists, oceanographers, ecologists, and other “Half Earthers” like Hiss himself who are allied in their dedication to the unifying, essential cause of saving our own planet from ourselves.

Tony Hiss is the author of fifteen books, including the award-winning The Experience of Place. He was a staff writer at The New Yorker for more than thirty years, was a visiting scholar at New York University for twenty-five years, and has lectured around the world. He lives in New York with his wife, young-adult writer Lois Metzger.

Robert J. Etgen has been the Executive Director of Eastern Shore Land Conservancy since October 1990. He started his career as a Forest Ecologist for the U.S. Forest Service and also worked at times for the Maryland Department of Agriculture, the Attorney General’s Office in the Maryland Department of Natural Resources, two private law firms in Baltimore, and with the Maryland Environmental Trust where he assisted in the formation of eighteen private land trusts. Rob has received numerous awards including the Chesapeake Bay “Conservationist of the Year” in 2007, and has led Eastern Shore Land Conservancy to become one of the most successful and innovative land trusts in the Country.