Author Conversation with Sylvie Weil: At Home with André and Simone Weil 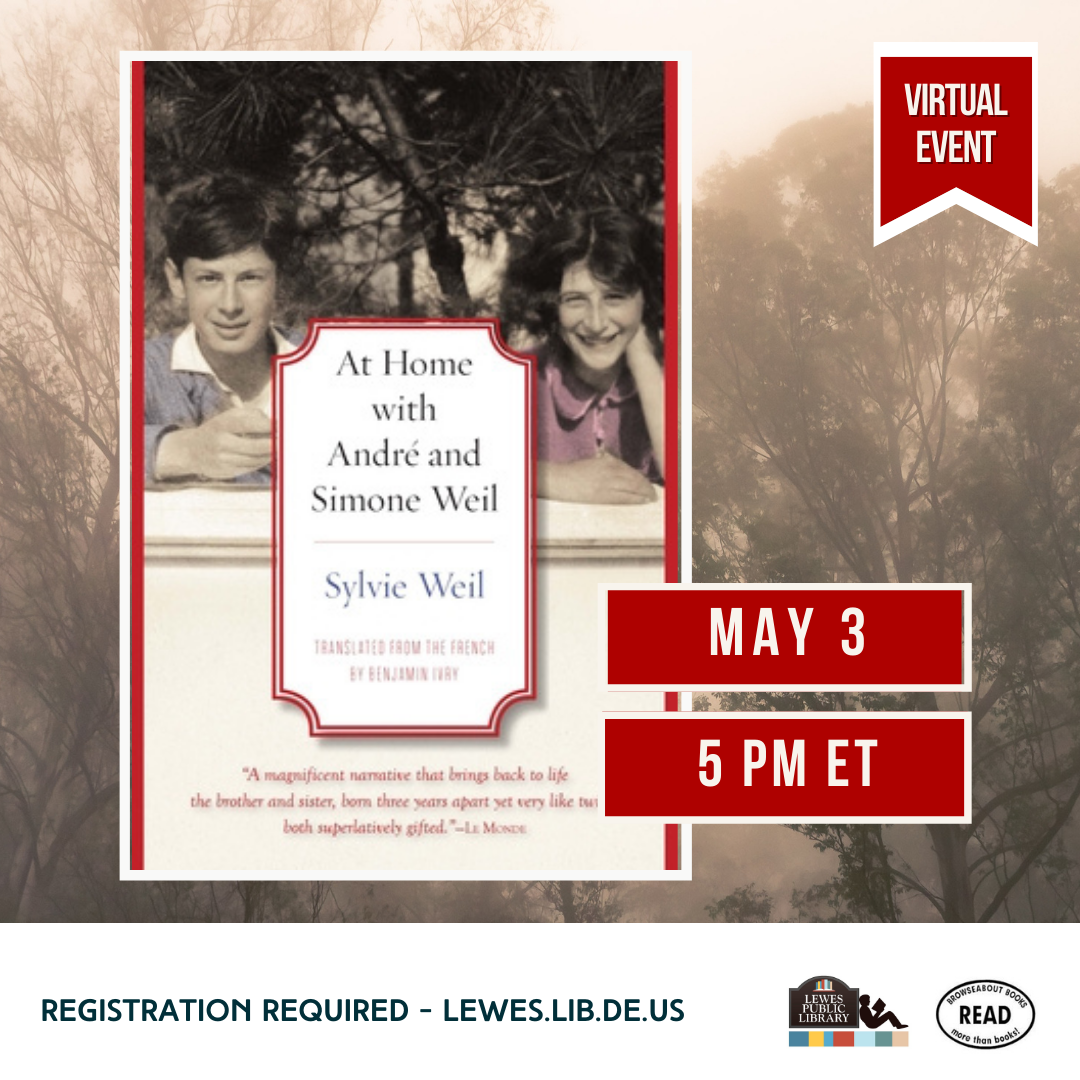 Join us for an online conversation with Sylvie Weil, author of At Home with André and Simone Weil, a memoir about her famed philosopher aunt Simone and mathematician father André. She will be interviewed by Ronald Collins, editor of ATTENTION, a bi-monthly e-journal on the life and legacy of Simone Weil.

Born into a freethinking Jewish family in France in 1909, Simone Weil was one of the twentieth century’s most original philosophers, influencing Albert Camus, T. S. Eliot, Simone de Beauvoir, Pope John XXIII, Czeslaw Milosz, and Susan Sontag. She fought for workers’ rights and, later, the Spanish Republican cause. Before her death at age thirty-four, Simone Weil turned increasingly to mysticism and religion, especially Roman Catholicism, exploring themes of sacrifice, asceticism, and the virtues of manual labor. She never converted, however, and Sylvie Weil writes from a Jewish perspective, emphasizing Simone’s Jewish heritage.

Using previously unpublished family correspondence and conversations, Sylvie Weil paints the most vivid, private portrait of her aunt in print. The book illuminates Simone’s relationship with others, especially with her brother, André. Loving and unsparing, affectionate and incisive, At Home with André and Simone Weil is an insightful memoir about a family of intellectual luminaries.

Sylvie Weil grew up in Paris, France and earned her degrees in Classics and in French Literature at the Sorbonne. After teaching at a lycée in France for two years, she taught at Barnard and Bennington Colleges and then in Paris. Until 2002 she was a professor of French Literature at Hunter College and at the Graduate Center of the City University of New York. She is the author of several works of fiction for adults, and of a series of three novels for young adults. Her most recent book is Selfies, a novel memoir.