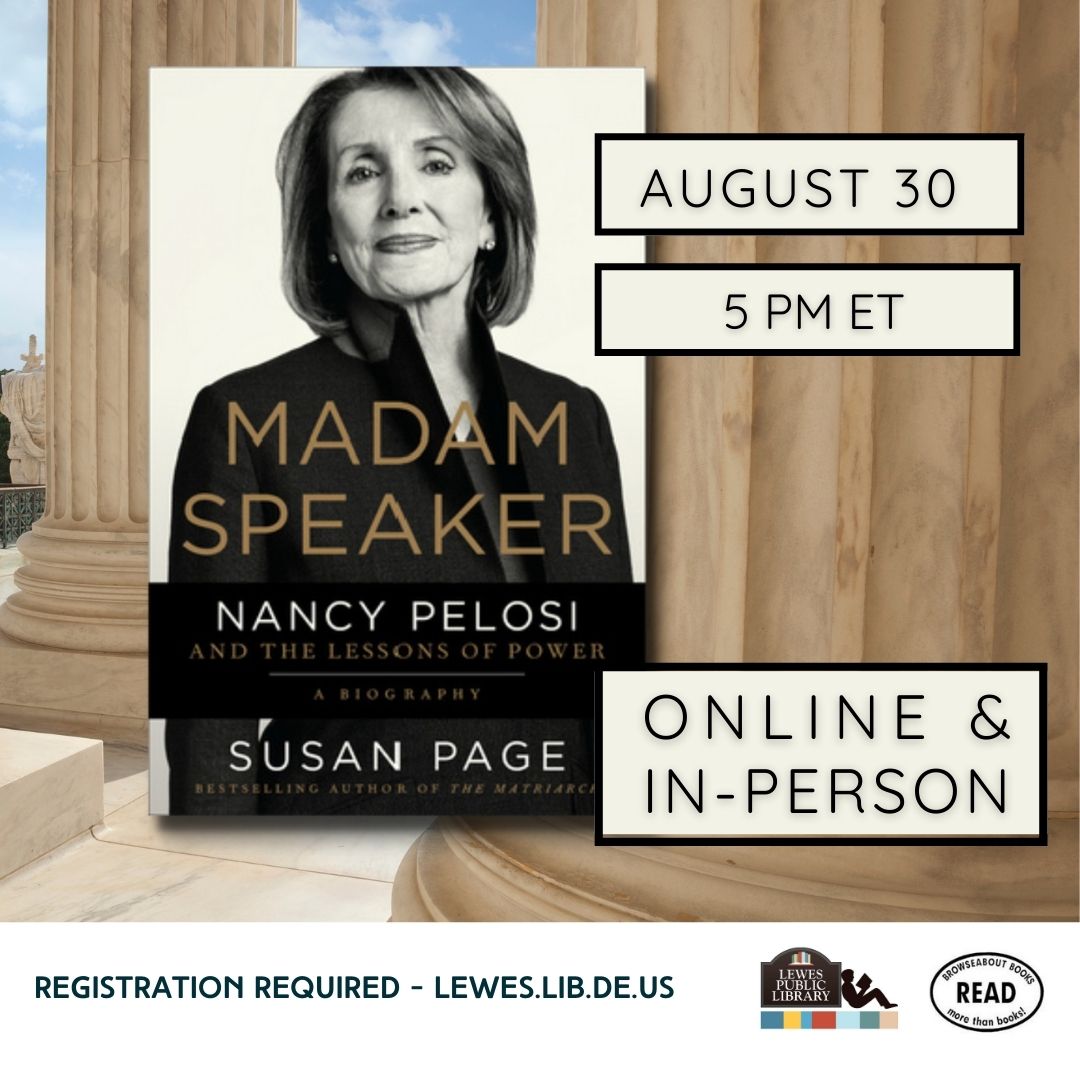 Join us either in-person or online for a conversation with New York Times bestselling author and USA Today Washington bureau chief Susan Page. Page will discuss her latest book, Madam Speaker: Nancy Pelosi and the Lessons of Power, the definitive biography of Nancy Pelosi, the most powerful woman in American political history. Featuring more than 150 exclusive interviews with those who know her best—and a series of in-depth, news-making interviews with Pelosi herself — Madam Speaker is unprecedented in the scope of its exploration of Nancy Pelosi’s remarkable life and of her indelible impact on American politics. There will be a book signing at the library following the event.

Before she was Nancy Pelosi, she was Nancy D’Alesandro. Her father was a big-city mayor and her mother his political organizer. Nancy didn’t begin running for office until she was forty-six years old. With that, she found her calling. Nancy Pelosi has lived on the cutting edge of the revolution in both women’s roles and in the nation’s movement to a fiercer and more polarized politics. She has established herself as a crucial friend or formidable foe to U.S. presidents, a master legislator, and an indefatigable political warrior. She took on the Democratic establishment to become the first female Speaker of the House, then battled rivals on the left and right to consolidate her power. She has soared in the sharp-edged inside game of politics, though she has struggled in the outside game—demonized by conservatives, second-guessed by progressives, and routinely underestimated by nearly everyone. The battle between Trump and Pelosi, chronicled in this book with behind-the-scenes details and revelations, stands to be the titanic political struggle of our time.

Susan Page is the award-winning Washington Bureau chief of USA Today, where she writes about politics and the White House. Susan has covered seven White House administrations and eleven presidential elections. She has interviewed the past ten presidents and reported from six continents and dozens of foreign countries. In 2020, she moderated the vice presidential debate between Mike Pence and Kamala Harris. Her first book, The Matriarch: Barbara Bush and the Making of an American Dynasty, was an instant New York Times bestseller. She lives in Washington, D.C.
In-person/online hybrid event presented by the Lewes Public Library and Browseabout Books.
REGISTRATION IS REQUIRED.