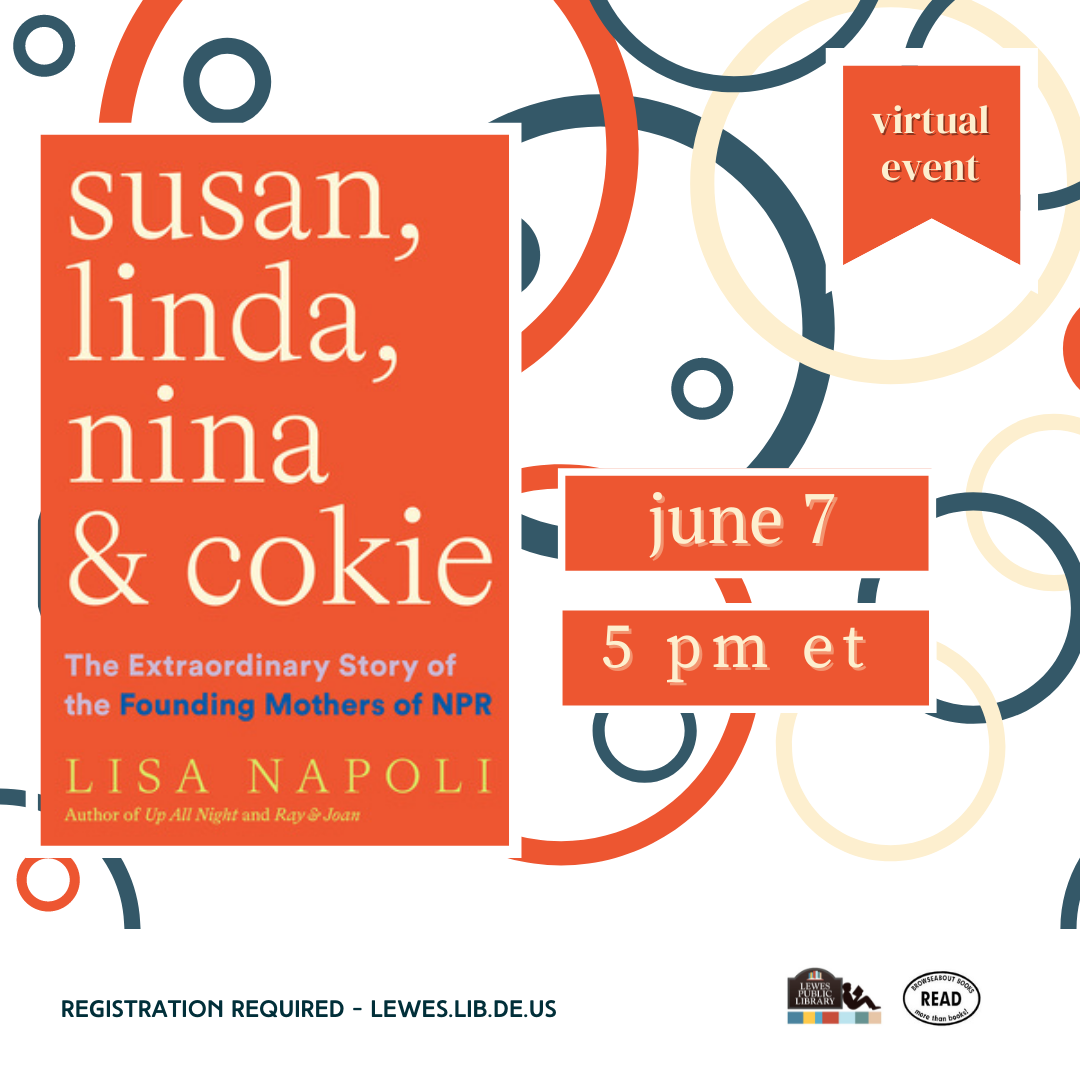 Join us for an online conversation with Lisa Napoli, author of Susan, Linda, Nina & Cokie: The Extraordinary Story of the Founding Mothers of NPR, a group biography of four beloved women who fought sexism, covered decades of American news, and whose voices defined NPR.

In the years after the Civil Rights Act of 1964, women in the workplace still found themselves relegated to secretarial positions or locked out of jobs entirely. This was especially true in the news business, a backwater of male chauvinism where a woman might be lucky to get a foothold on the “women’s pages.” But when a pioneering nonprofit called National Public Radio came along in the 1970s, and the door to serious journalism opened a crack, four remarkable women came along and blew it off the hinges. Susan, Linda, Nina, and Cokie is journalist Lisa Napoli’s captivating account of these four women, their deep and enduring friendships, and the trail they blazed to becoming icons.

Born and raised in Brooklyn, Lisa Napoli has had a long career in print, radio, TV, and online journalism. She has worked at the New York Times, Marketplace, MSNBC, and KCRW. She is the author of three previous books, Radio Shangri-La, Ray & Joan, and Up All Night: Ted Turner, CNN, and the Birth of 24-Hour News. She lives in Los Angeles.