Author Conversation with John Archibald: Shaking the Gates of Hell 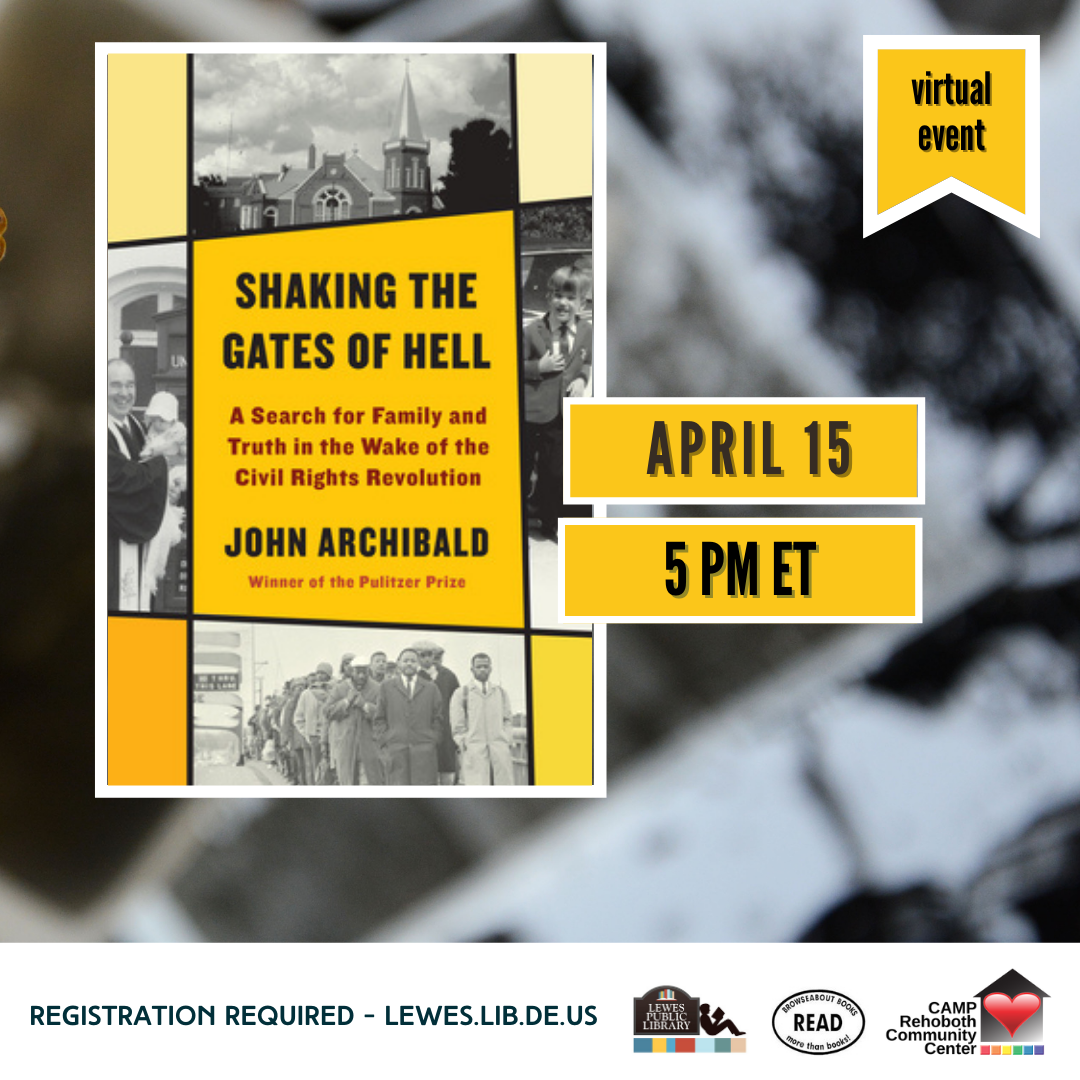 Join us for a conversation with Pulitzer Prize-winning journalist and columnist John Archibald, as he discusses his new book, Shaking the Gates of Hell: A Search for Family and Truth in the Wake of the Civil Rights Revolution. Joining him is his brother, Murray Archibald. Together they will explore the question posed by John in the book: Can a good person remain silent in the face of discrimination and horror, and still be a good person?

John Archibald had seen his father, the Rev. Robert L. Archibald, Jr., the son and grandson of Methodist preachers, as a moral authority, a moderate and a moderating force during the racial turbulence of the ’60s, a loving and dependable parent, a forgiving and attentive minister, a man many Alabamians came to see as a saint. But was that enough? Even though Archibald grew up in Alabama in the heart of the civil rights movement, he could recall few words about racial rights or wrongs from his father’s pulpit at a time the South seethed, and this began to haunt him.

In this moving and powerful book, Archibald writes of his complex search, and of the conspiracy of silence his father faced in the South, in the Methodist Church and in the greater Christian church. Archibald writes of this difficult, at times uncomfortable, reckoning with his past in this unadorned, affecting book of growth and evolution.

John Archibald is a current Nieman Fellow at Harvard. He is a columnist for the Alabama Media Group. His columns appear in The Birmingham News, The Huntsville Times, the Mobile Press-Register, AL.com and its social brand, Reckon. He won the Pulitzer Prize for commentary in 2018.

NOTE: this webinar is being conducted through Zoom. You MUST REGISTER to receive instructions for joining the meeting.