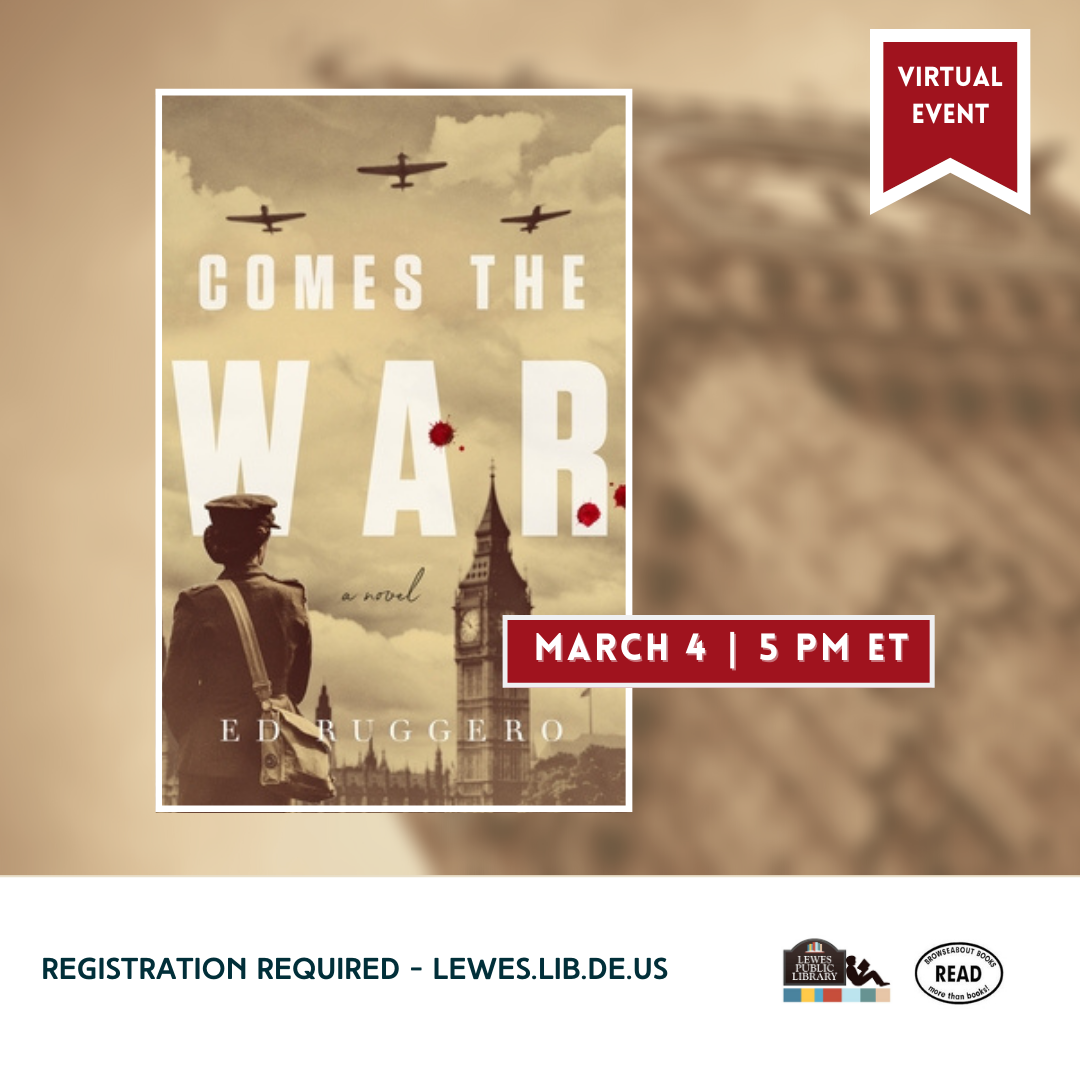 Join us for a live online conversation with Ed Ruggero, author of Comes the War, the second book in the Eddie Harkins series. Joining Ed in conversation is USA Today bestselling author and investigative reporter Hank Phillippi Ryan.

April 1944, the fifty-fifth month of the war in Europe. The entire island of Britain fairly buzzes with the coiled energy of a million men poised to leap the Channel to France, the first, riskiest step in the Allies’ long slog to the heart of Germany and the end of the war. Lieutenant Eddie Harkins is tasked to investigate the murder of Helen Batcheller, an OSS analyst. Harkins is assigned a British driver, Private Pamela Lowell, to aid in his investigation. Lowell is smart, brave and resourceful; like Harkins, she is prone to speak her mind even when it doesn’t help her. Soon a suspect is arrested and Harkins is ordered to stop digging. Suspicious, he continues his investigation only to find himself trapped in a web of Soviet secrets. As bombs fall, Harkins must solve the murder and reveal the spies before it is too late.

Ed Ruggero is a West Point graduate and former Army officer who has studied, practiced, and taught leadership for more than twenty-five years. His client list includes the FBI, the New York City Police Department, CEO Conference Europe, the CIA, the Young Presidents Organization, and Forbes, among many others. He has appeared on CNN, The History Channel, the Discovery Channel, and CNBC. Ruggero’s previous work includes the nonfiction books Duty First: West Point and the Making of American Leaders and The First Men In: U.S. Paratroopers and the Fight to Save D-Day. He lives in Lewes, Delaware.