An Evening with the Hot Club of Baltimore 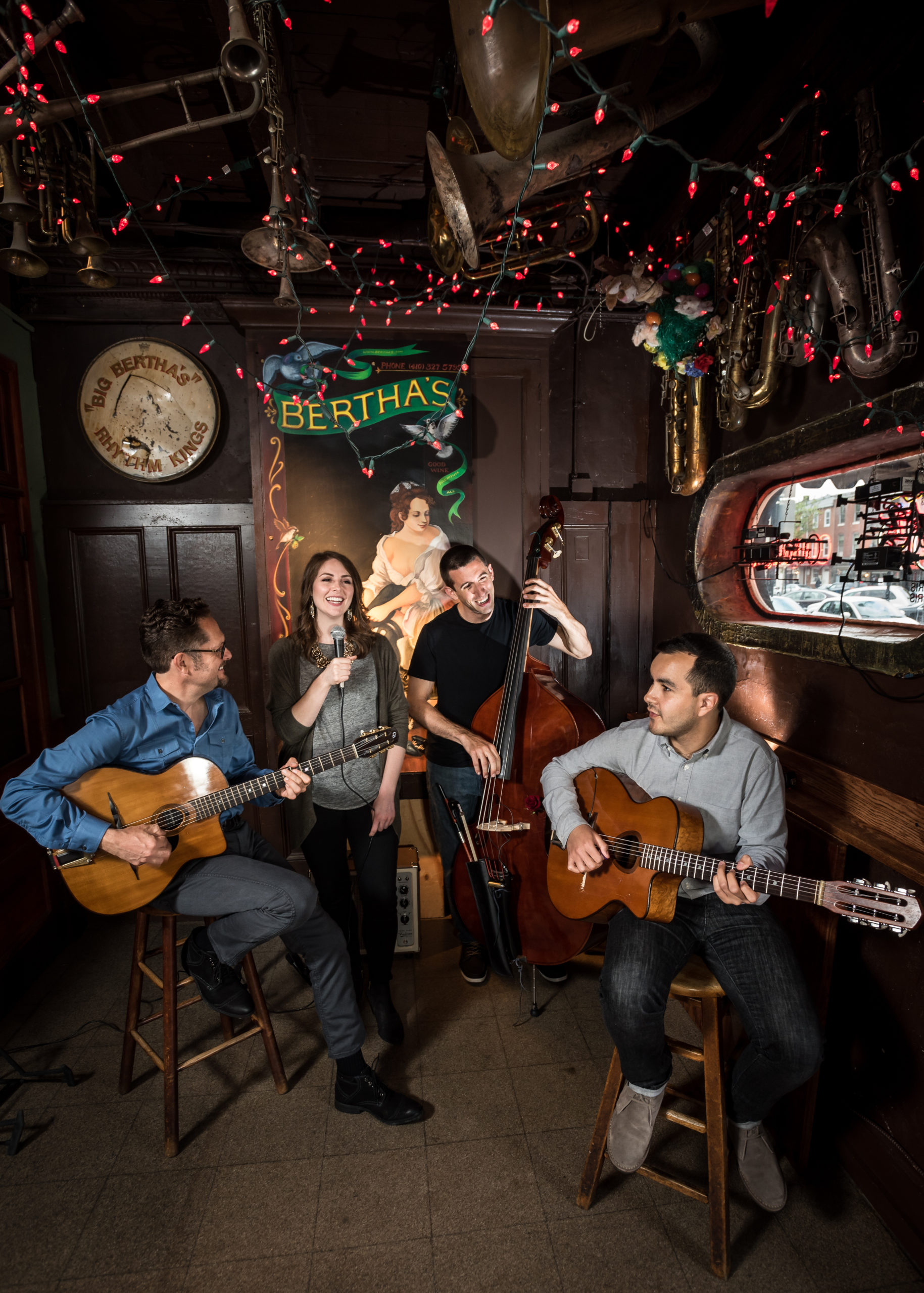 Jazz Alive brings world-class jazz to the historic Waterfowl Building in Easton, Maryland for a 3-part concert series beginning with the Hot Club of Baltimore on July 24, 2021 at 7 p.m.

The Hot Club of Baltimore performs arrangements of the Django Reinhardt repertoire, French waltzes, and Trad Jazz. The ensemble boasts a variety of configurations including an instrumental trio of two guitars and upright bass, a classic quintet with violin, a late 40’s configuration adding piano, drums, and horns, and a Django Big Band inspired by Reinhardt’s legendary performance with Duke Ellington at Carnegie Hall. Hot Club of Baltimore has been featured multiple times on Jon Larsen’s Django Festival, an annual compilation of the best Gypsy jazz in the world. Lead guitarist and composer Michael Joseph Harris made the front page of The Baltimore Sun Weekend section in 2016 and was named one of the top 10 artists in Baltimore by Baltimore Style Magazine that same year.