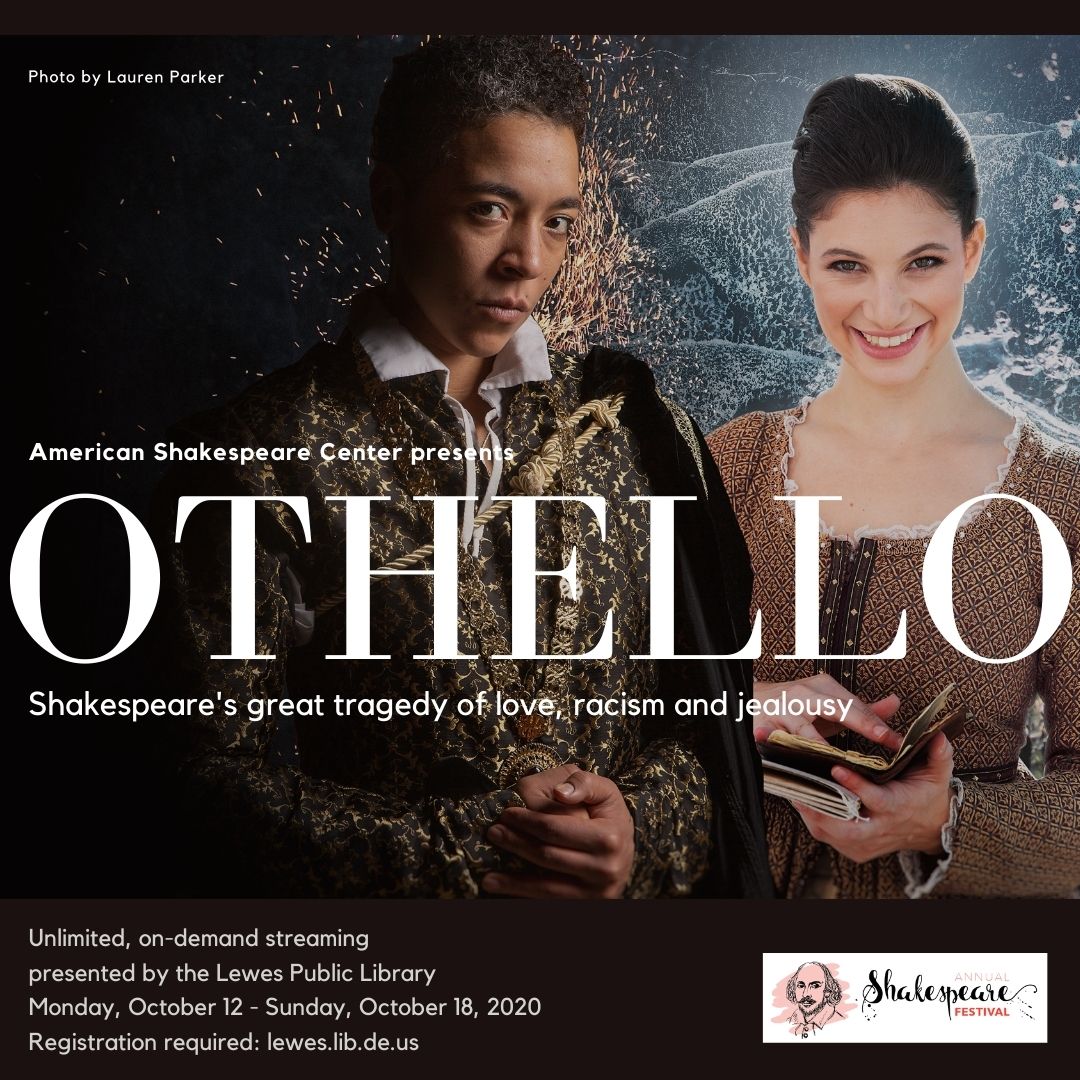 If truth has lost its meaning, how long can love survive? Evil is everywhere in Shakespeare’s great tragedy of racism and jealousy, as the love of Othello and Desdemona is destroyed by envy and fact is twisted by innuendo.

From October 12 – 18, the Lewes Public Library Shakespeare Festival is making available to the community free, on-demand streaming of the American Shakespeare Center’s virtual production of Othello. Envious machinations and evil intentions take hold in ASC’s Othello, directed by Ethan McSweeny and recorded in 4-camera cinema quality from the stage of Blackfriars Playhouse, the world’s only re-creation of Shakespeare’s indoor stage. This stunningly relevant tragedy of racism and jealousy features Jessika D. Williams in the title role and acclaimed actor John Harrell as the malevolent Iago. It’s a struggle between good and evil when these two titanic talents square off.

Online event presented by the Lewes Public Library’s Shakespeare Festival. Registration is required. After registering you will receive a link and password to watch the production on Vimeo. The video will be available to watch on demand beginning October 12 and ending October 18.

Founded in 1988, ASC is among the first not-for-profit companies in North America to produce live theatre for in-person audiences since the pandemic shut the performing arts industry down in March.