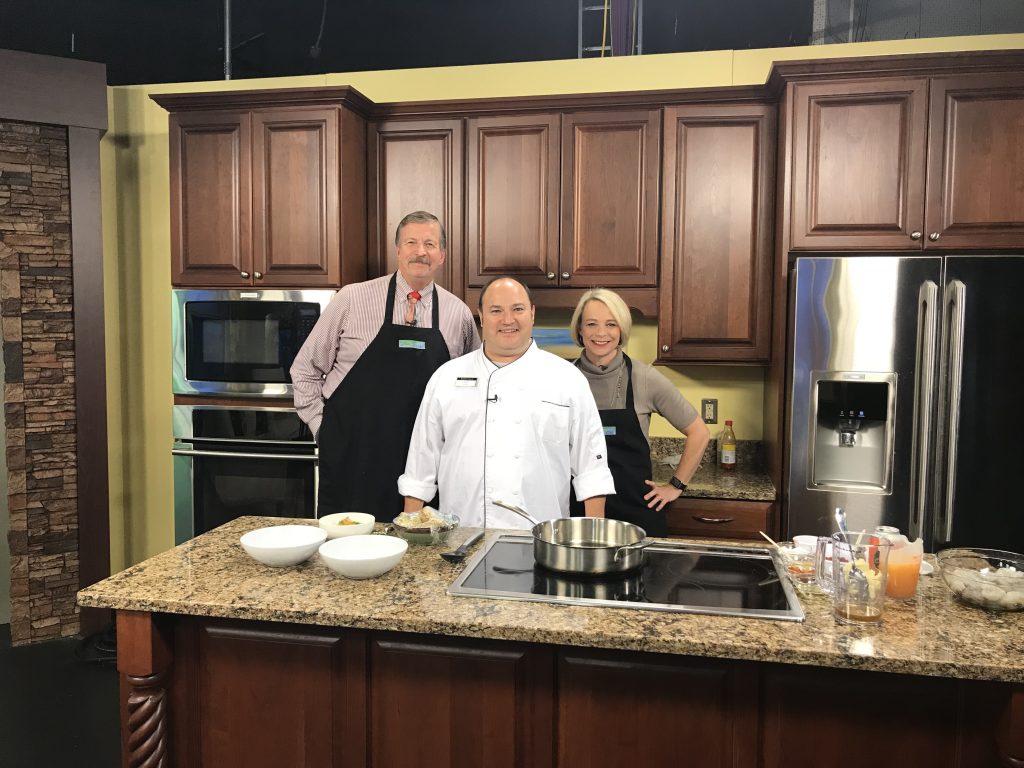 We learn about the Cops and Cars charity event that is helping the community in a big way. Delmarvalife’s Sydney Whitfield stopped by the Maryland state Police barracks to talk to Trooper First Class Garrett Dick about the car show. He says the entry fee is essentially donations that go to H.A.L.O. Ministries. H.A.L.O is an organization that helps many people in need here on Delmarva. They offer a number of services and programs that work as a resource to the homeless community such as shelters, day facilities, employment programs and more. Cops and Cars will be on November 25th from 11AM to 4PM at Wor-Wic Community College. Go the their facebook event page for updates! 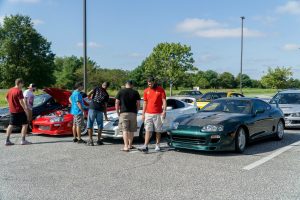 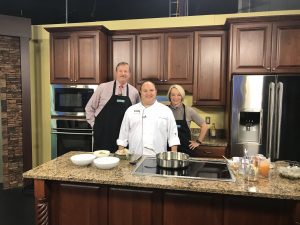 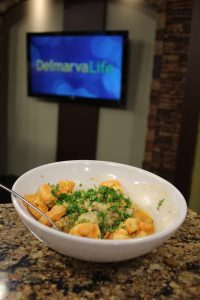 Directions: In a large saute pan over high heat. Saute the shrimp, until they turn red, but are still raw in the center. Add
garlic. Cook 30 more seconds, then add beer, and remaining
liquids, tomato paste and BBQ spice blend. Reduce by ½. add
the cold butter at the end, stirring until thick and
incorporated. 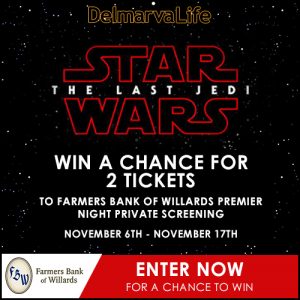 The Farmers Bank of Willards is giving away tickets to a private screening of “Star Wars: The Last Jedi,” on premier night, Dec. 14. We will announce 10 winners each weekday from Nov. 6 to Nov. 17. Each winner receives a pair of tickets to attend the private screening. Would you like to get your hands on a pair of these tickets? Enter the ticket giveaway here. 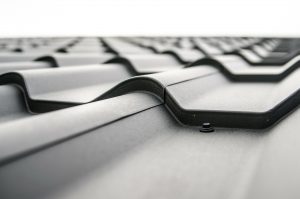 You have until November 26 to vote for two finalists in Spicer Bros. Construction‘s Delmarva’s Neediest Roof contest. There will be one finalist from Maryland or Delaware, and one from Virginia’s Eastern Shore. The two winners will receive a new, GAF Limited Lifetime Roofing System, and will be announced December 1 on DelmarvaLife. Vote here.