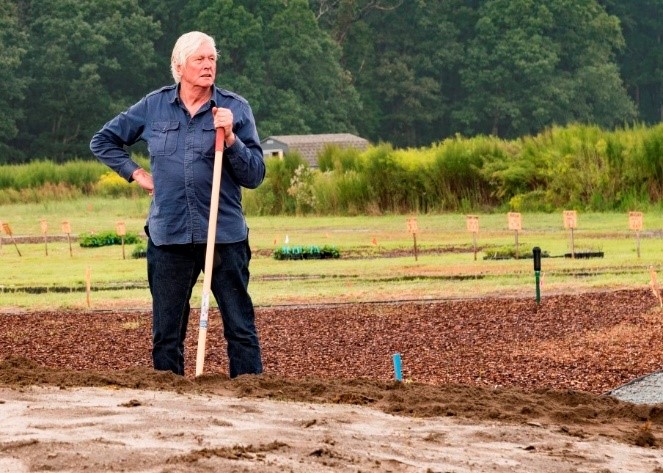 The Delaware Botanic Gardens is hosting a special behind the scenes preview of the meadow garden on May 4.  It is sponsored by Dogfish Head Brewery and includes a chance to meet Piet Oudolf, the internationally renowned Dutch garden designer, who will be walking the Meadow path and discussing his iconic design. The gardens are being built from scratch and won’t be opened to the public until summer 2019. To purchase a ticket to this fundraising event, go here.

The Freeman Stage in Selbyville released the rest of its 2018 roster and it’s looking good! Some of the highlights from the lineup invlude Pat Benetar, Neil Giraldo and Rick Springfield. Check out the summer series schedule here.

Gabby Vogel‘s brave battle with a rare form of brain cancer came to an end in 2011. But her story doesn’t end there. Gabby’s mother, Carolynn, sits down with us to tell us how she’s keeping her precious girl’s memory alive – by way of helping others.

Have you ever considered becoming a firefighter? We’re learning all about this rewarding career today on the show with the Salisbury Fire Department.

What does it take to become an athlete? Dedication, commitment, desire.. but one thing many people may overlook is a support system. But not just your friends and family cheering you on. A support system that knows what they’re doing. One that can work with you and guide you, to help you realize what you’re capable of and to help you get there. 102.5 WBOC’s Corey Phoebus found one support system that fits that bill at The Athlete Academy in Salisbury.

We’re taking a step back in time and getting an idea of what it might have been like to be part of the War for Independence. It’s all part of the Lewes Historical Society’s “Tavern Talks.”

Martin Hutchison from the Camden Community Garden joins us in the Kirby and Holloway Kitchen today to learn all about the garden and how you can be a part of it.