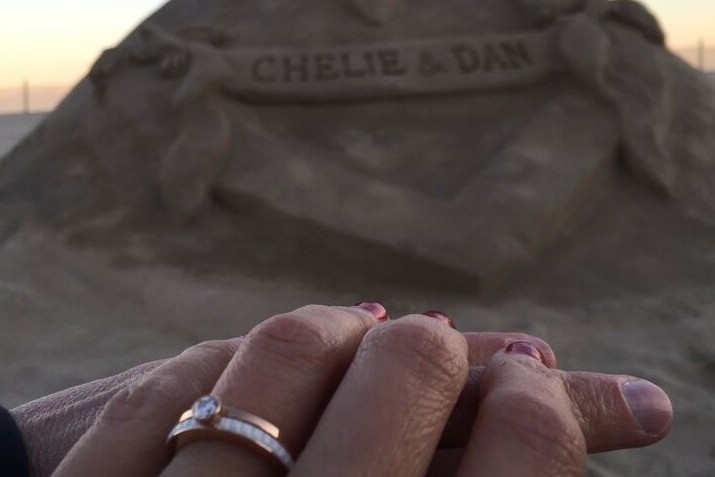 There’s a light breeze, faint chatter and the pitter-patter of feet hitting the boards.

It’s a fall day on the Ocean City boardwalk. Walking past the Plim Plaza Hotel between 1st and 2nd St., many turn their heads toward the ocean expecting to see Randy Hofman’s famous biblical sand sculptures but instead—they see this. 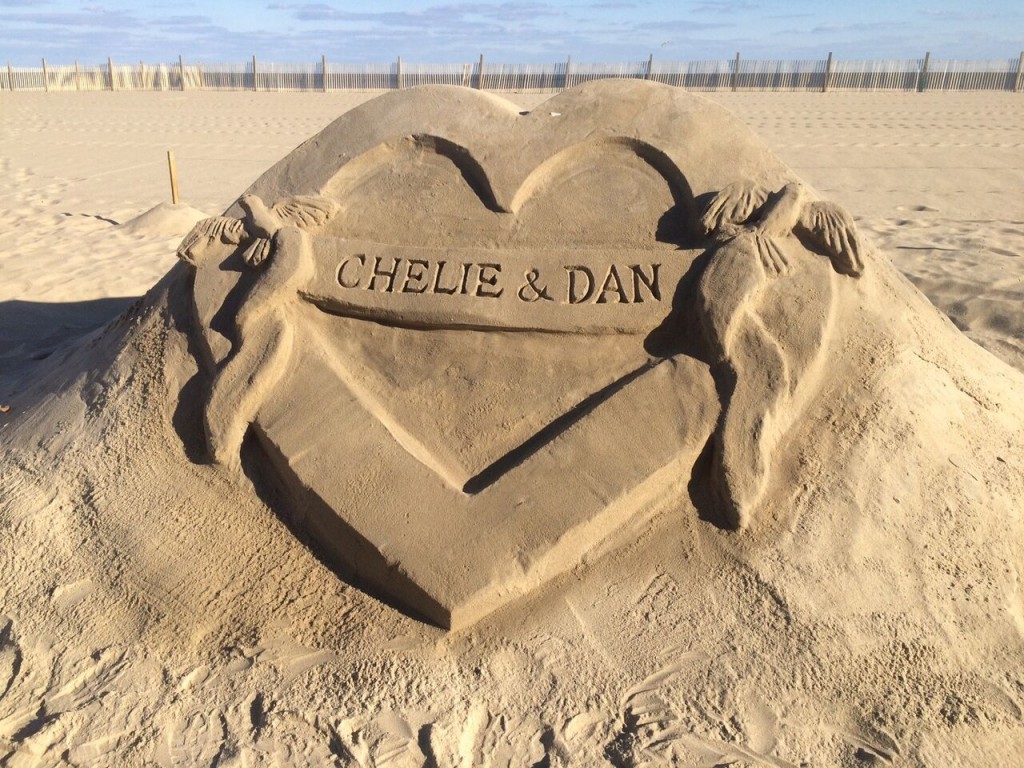 Dan and Chelie are from Northern Virginia and have been coming to the Ocean City boardwalk for over 35 years.  Chelie has a condo in the area that she visits throughout the year, making her a ‘part-time local.’

The couple loves views of the ocean, the sound of the waves and the feel of the beach—that is why Dan chose the usage of sand sculptures on the Ocean City boardwalk to pop the question.

“I was trying to surprise Chelie and thought it would be fun to have a giant sculpture in the sand that would capture the moment,  make it special, and unforgettable,” Dan said.  “I’ve seen Randy Hofman’s sculptures for years, everyone knows his work.”

Randy has been creating these sculptures in Ocean City since 1981. The creations you see in the sand are biblical sculptures created as part of a worship and ministry outreach group known as Son’s Spot. 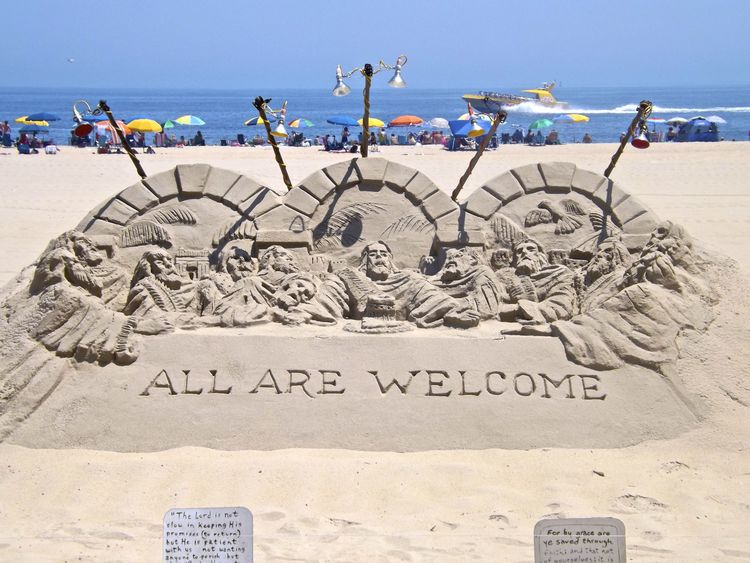 Hofman creates the sculptures with water, a plastic knife, and biodegradable glue. Each sculpture Randy creates takes about a day to create and lasts for about a month.

“When Randy said he was available to help me on Saturday, I knew it was a sign,” Dan said.

The couple has known each other for over 10 years but had only recently started to really get to know each last year. After  the two of them were left picking up the pieces after life-changing events and figuring out how to move forward, they knew almost instantly they had something special together.

“We were cautious at first since we both have children, Chelie has two daughters (19, 17) and I have a boy (17) and two girls (14,12),” Dan said. “But overtime we realized that we were brought together for a reason and know that we will be able to work through life’s challenges together.”

Although Cheli was surprised when she first saw the sculpture, she quickly knew what was going to happen next.

“I grabbed her hands and asked if she was ready,” Dan said.  “She smiled and said yes.”

A small audience formed on the boardwalk as the couple walked over to the sculpture and Dan proposed. 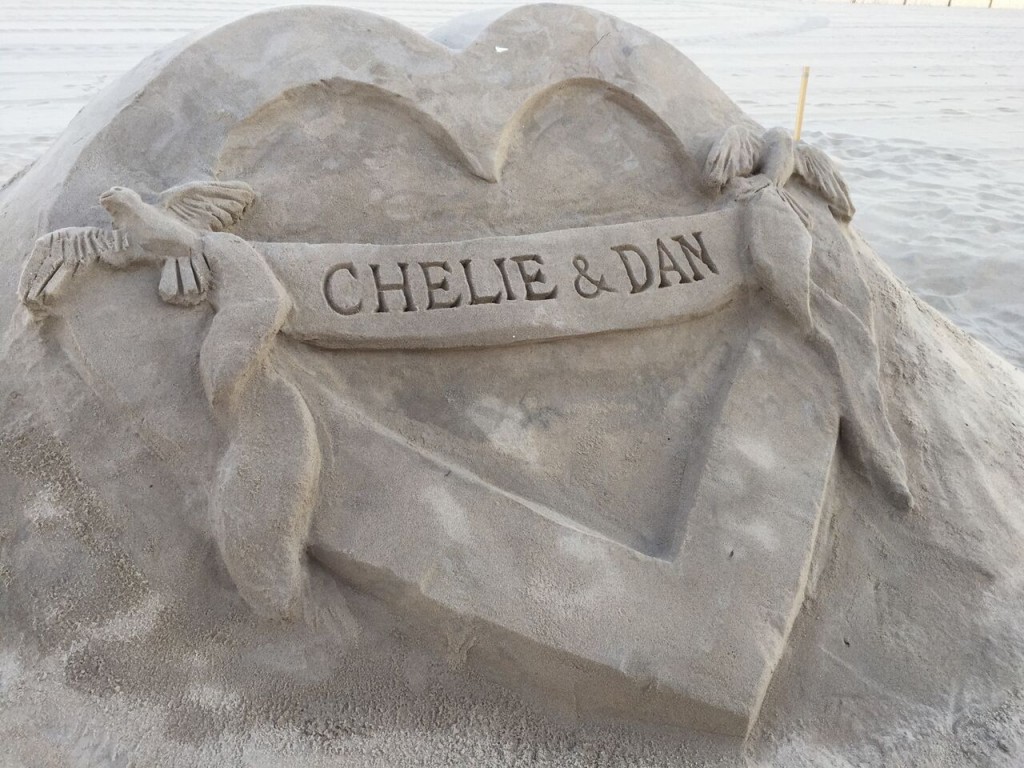 Dan did mention he was afraid he might drop the ring in the sand, but, he kept it cool.

“Everyone there was respectful and for the most part we were in our own world – in front of the beautiful sculpture,” Dan said.  “No one bothered us and we were able to enjoy each other and the moment.  It was perfect.” 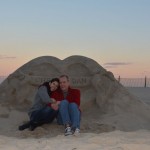 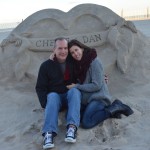 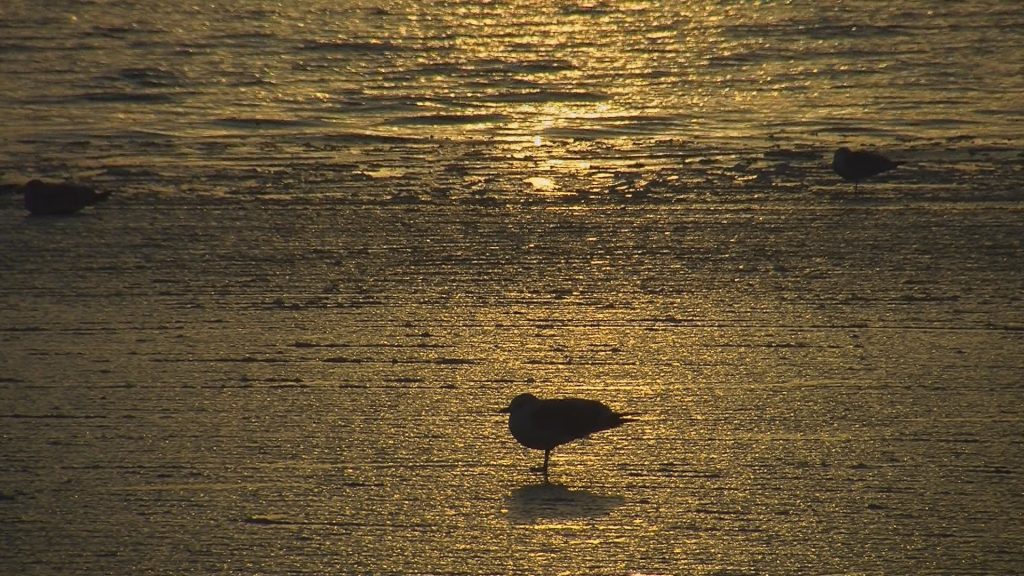 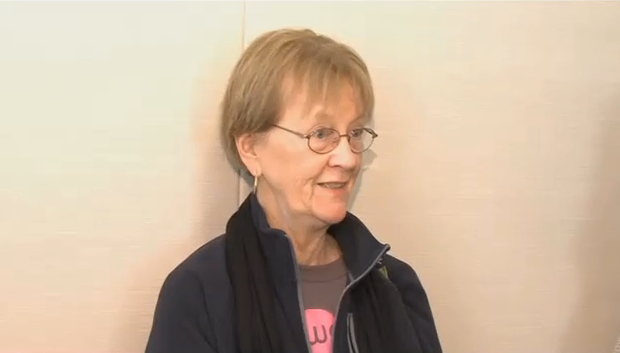 Patricia Vorus of Salisbury, Md., assists so many local organizations,[...] 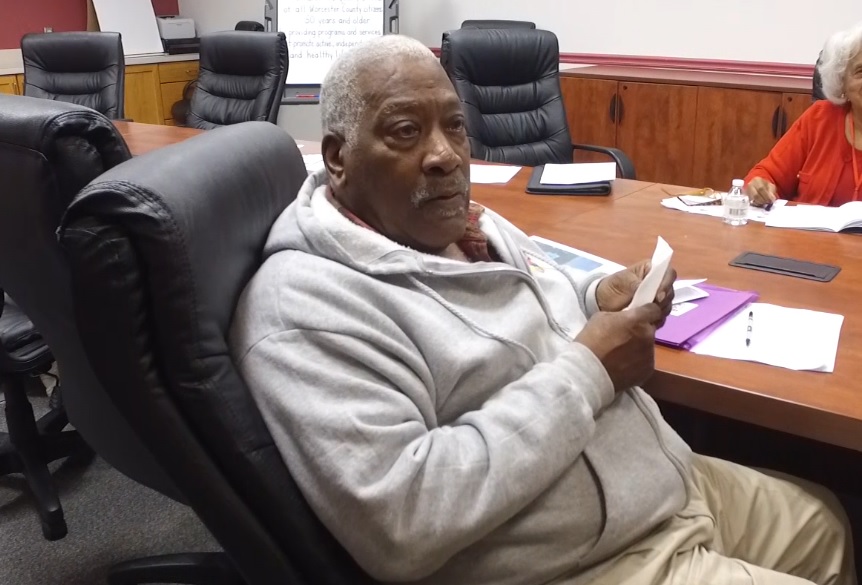