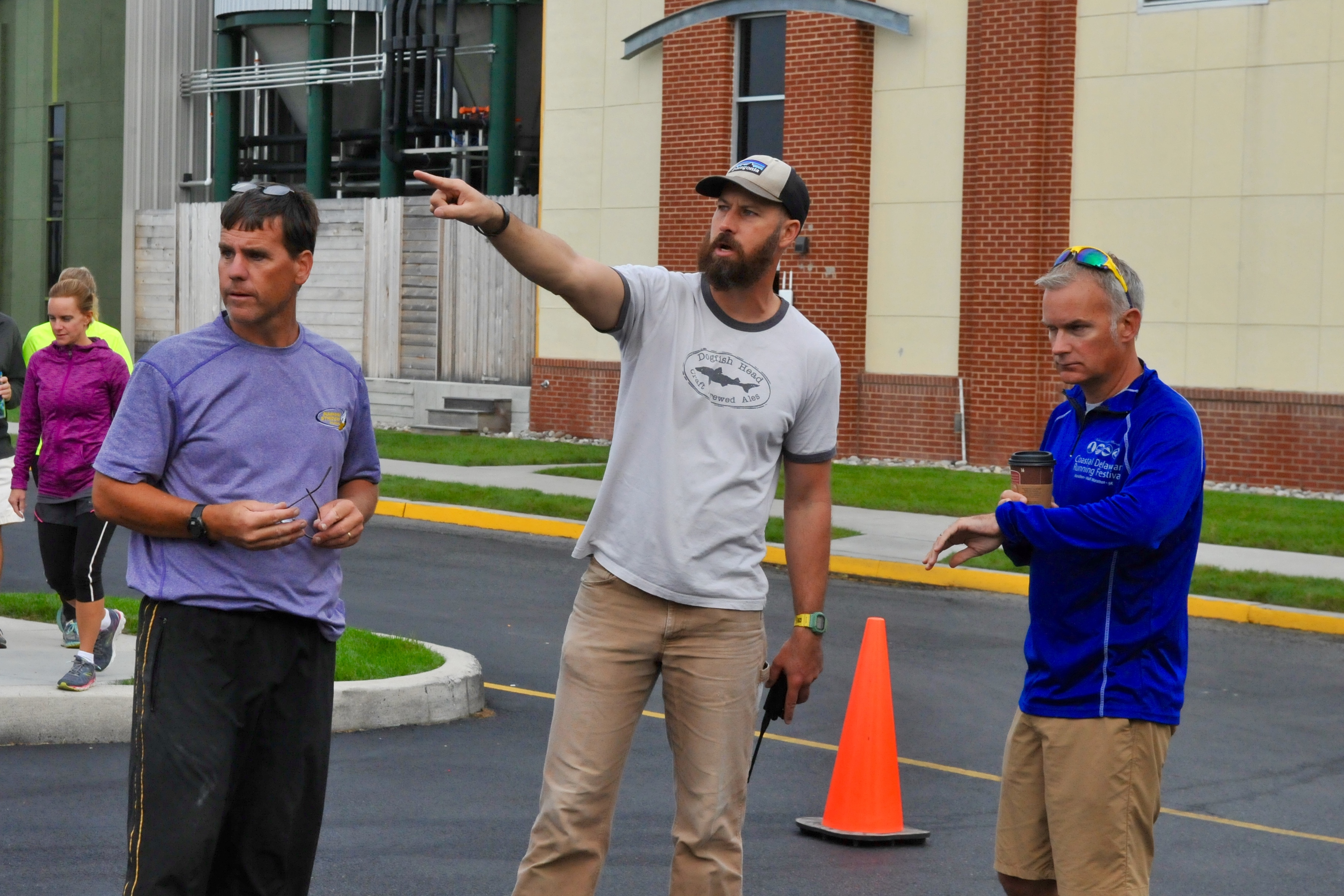 Carter grew up in the Delaware town, taking an interest in the landscape as he ran countless amounts of miles during high school cross country. After high school graduation, Carter went on to the Virginia Military Institute for college and continued running at the collegiate level. Upon graduation, Carter took a job as an officer in the Marine Corps for nine years, spent time all over Europe and then decided to make the move back to Delaware.

Carter spent time working with his brother in Lewes, doing anything from kayaking tours to kids fitness camps for the next five years. When a job opening arose at the Dogfish Head Brewery, Carter took it as a sign.

He spent his beginning years at the brewery working in its public affairs department. As time went on and the company grew, Dogfish Head was able to expand the department.

“My job was to organize big events, boche events, tours, pints and paddles, you name it,” Carter said. “The brewery was tiny in the beginning but as we grew, we started to grow the program.”

Eight years later and Carter holds the title of beer & benevolence coordinator for the company. Just recently, Carter was recognized for his efforts in Runner’s World.

“On Jan. 1 2015, I became my own stand-alone department,” Carter said. “The last several years we have been able to look at what we’ve done since we have grown and we’ve been able to put out some actual cash.”

Although he is the only one in his department, Carter says it doesn’t feel that way.

“It’s in the company ethos to help out, we are about 200-250 people strong and the company as a whole is trying to give back,” Carter said.

The DFH Beer & Benevolence department works with March of Dimes, the Lewes and Rehoboth Beach Farmers Markets, Delaware Nature Society and more. Carter says the group works with 100-150 organizations on average with a focus on arts, environment and community.

“I’m lucky I get to work with a lot of different organizations, [and] every day is different,” Carter said. “We try to spread as much Dogfish Head love as we can– beer donations, cash sponsorship, etc.”

A main event for the brewery is the Dogfish Head Dash that takes place every September, which has donated more than $200,000 for the Delaware Chapter of The Nature Conservancy. Although the Dash has been around for 10 years now, it just recently switched up the course, smooshing together the 5K and the 10K races turning it into a single 8K race.

Another big fundraiser for DFH happens every April.

This year, on Monday, April 11, the company will shut down to build a house for Habitat for Humanity, otherwise known as Benevolence Day. The company puts on a lunch for everyone, and everyone is paid for the day while they work together to build a house. This year, the house will be built in Ellendale, Del.

“We’re not just Dogfish Head Brewery anymore– we are an Inn, Chesapeake & Maine, there are a lot of coworkers in the community so it makes sense to give back to the community,” Carter said. “Giving back is good business, the community supports us and we are going to support them.”

While maintaining community relationships and raising a 9- and 10-year-old, Carter still finds time to stay active. In February, Carter will be participating in a 50k in Westminister, Md., the Cape Henlopen Triathlon in June, the Marathon of the Wild 50k in Lockhaven, Pa. in August and Escape to Lewes in October. 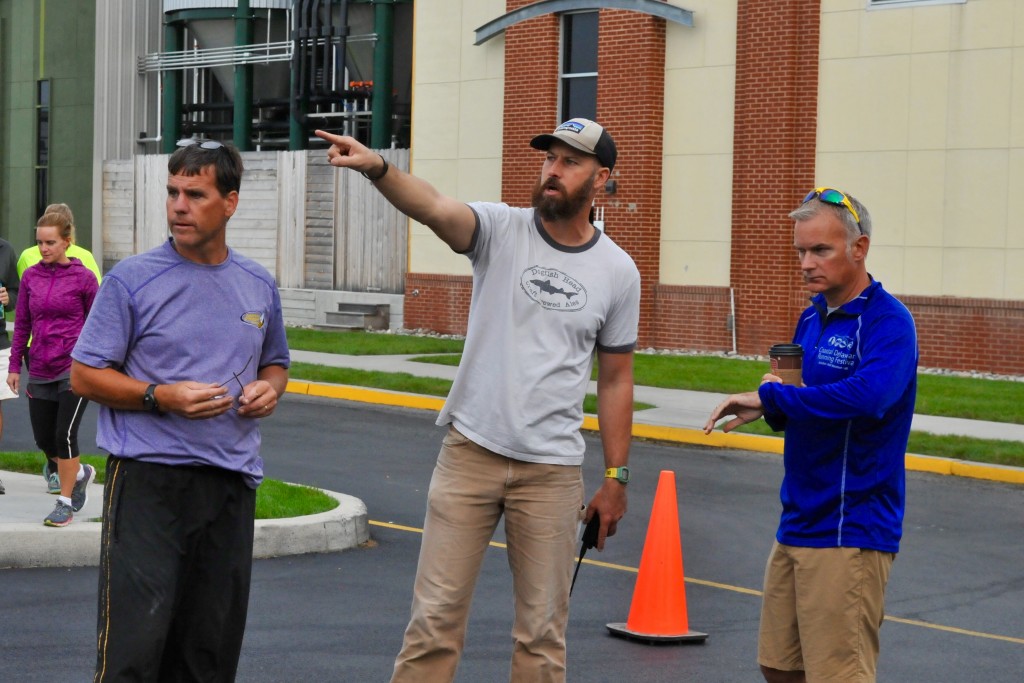 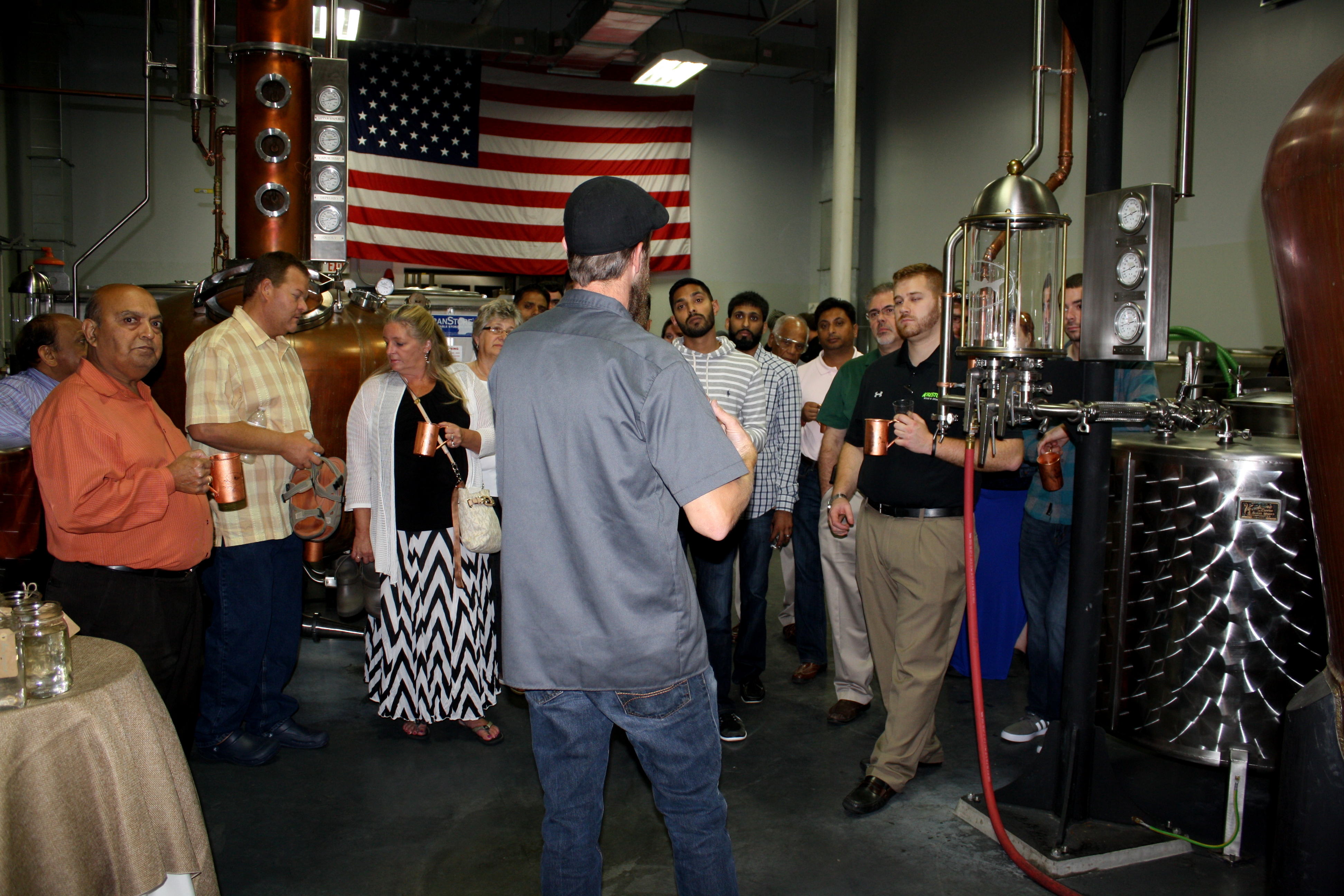 A night full of old friends, new spirits and delicious[...] 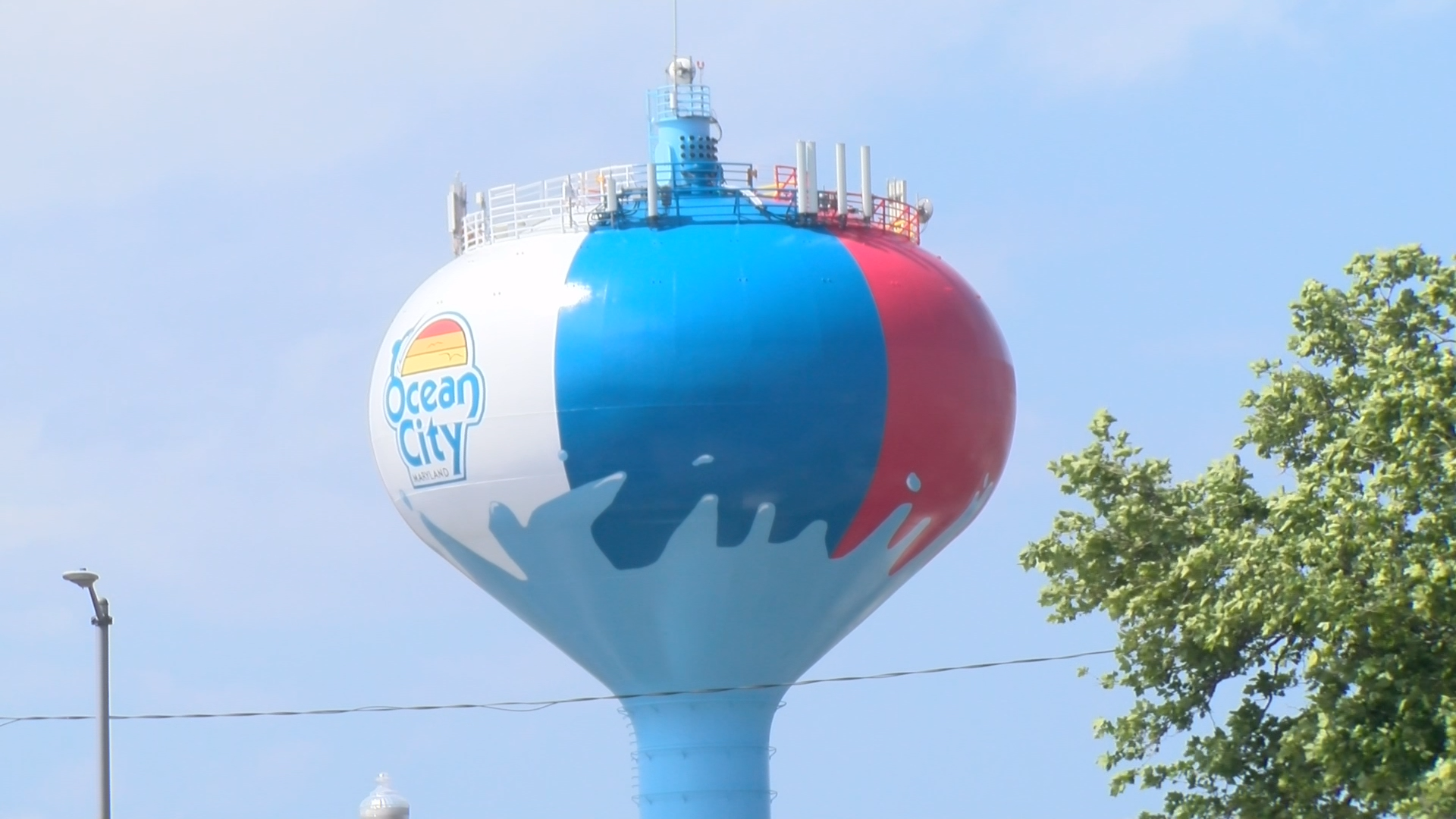 Today on DelmarvaLife – From our Hot Topics today: The[...] 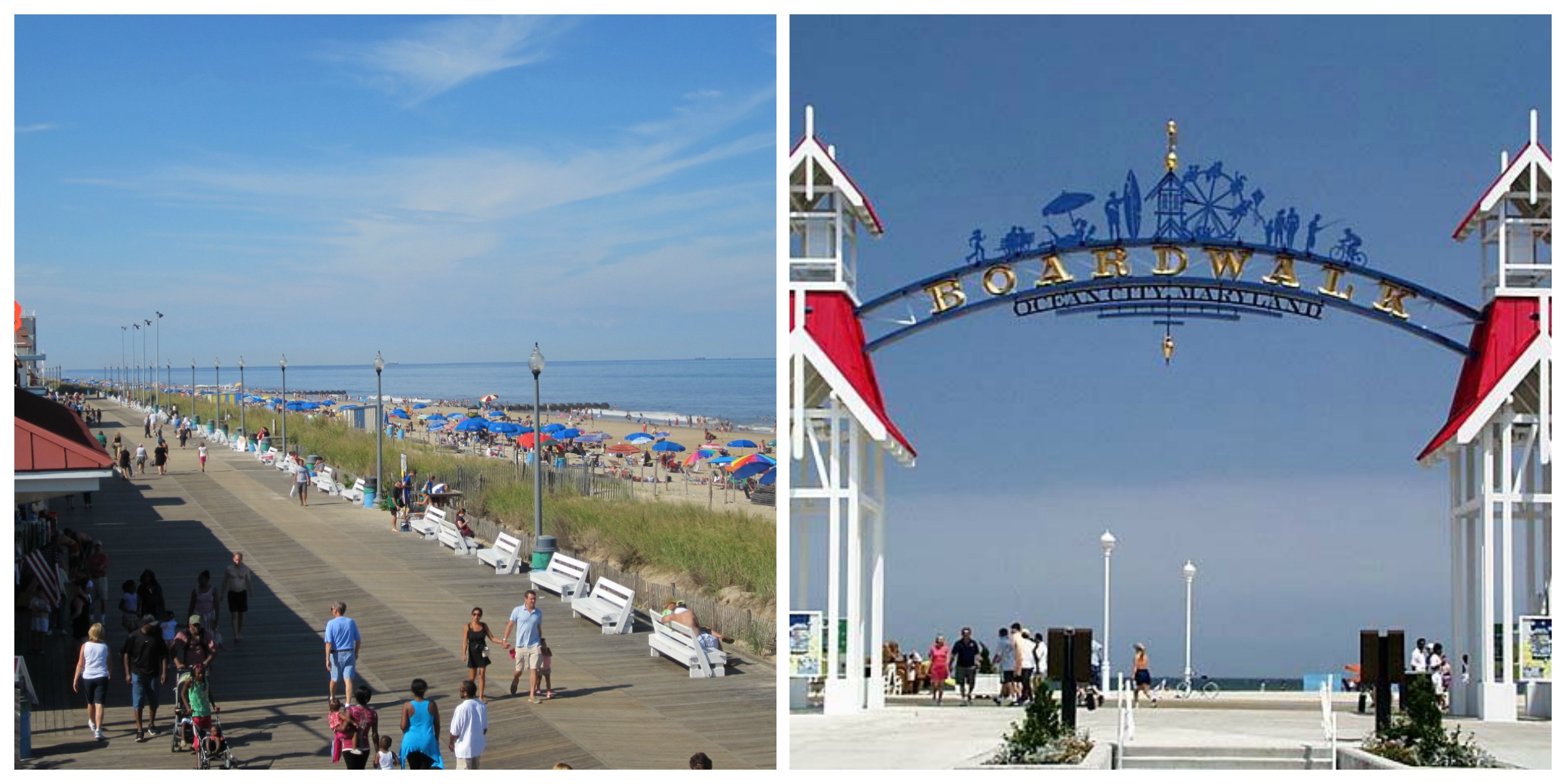