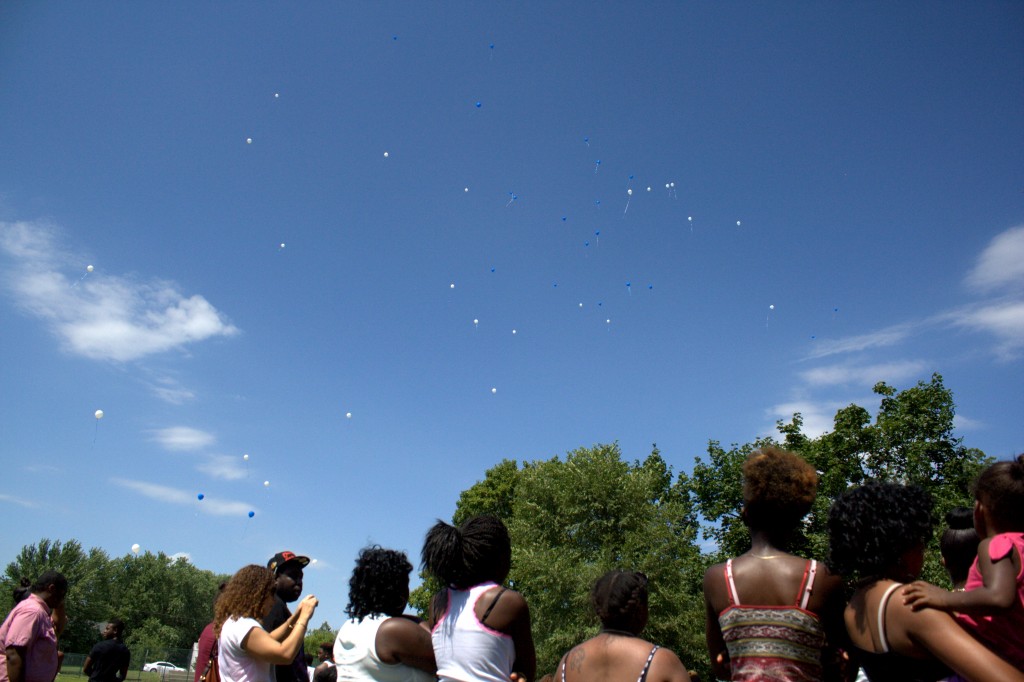 Blue and white balloons filled the sky above Doverdale Park in Salisbury on Monday afternoon.

Russell, 17, of Fruitland, was shot at some point late Saturday, early Sunday morning  in the parking lot of the Americas Best Value Inn. He was transported to Peninsula Regional Medical Center where he was pronounced dead.

Hundreds of family and friends gathered around the park to share memories, sign pictures and donate towards funeral costs. Jayla Jones was a huge part of this get-together and she says he was her best friend.

“He had my back for me,” Jones said. “I’ll remember his personality; he was just a great person to be around, he had no enemies.”

Jones said the main goal of the gathering was to “bring the community together.”

The Rev. Jesse Abbott, of New Dimensions Ministries, shared a prayer and some kind words for the crowd as everyone joined hands. Russell’s mother, Shannell Johnson, also spoke and remarked that this was the hardest thing she’ll ever have to do.

“He could rap, that’s what everybody knew about him, and he was a cool dude, he ain’t bother nobody,” Michael Brown said. “We’re just out here for community support.”

Russel had big dreams of becoming a hip hop artist. Johnson says she will always remember how proud her youngest son made her.

“He was very loving, always the peacemaker, always wanted to make peace, so I’m proud to say that my son had a heart,” Johnson said

The family will be holding a candlelight vigil on Wednesday at 7:30 p.m. at New Dimensions Ministries. The funeral will be held at the same location on Monday, Aug. 10 at 11 a.m.

Salisbury police are currently investigating the murder of the teenager.

According to Salisbury Police Department, toward the end of the peaceful gathering, police units were called to the scene for a disorderly man unrelated to the group. Police said the man was escorted off the property and the gathering remained peaceful. 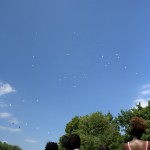 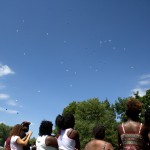 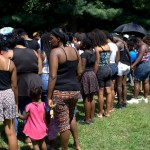 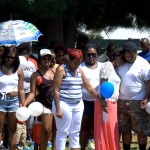 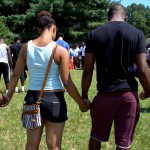 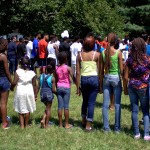 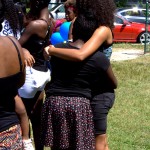 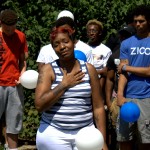 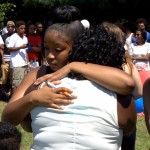 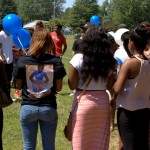 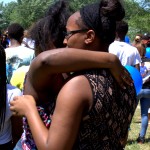