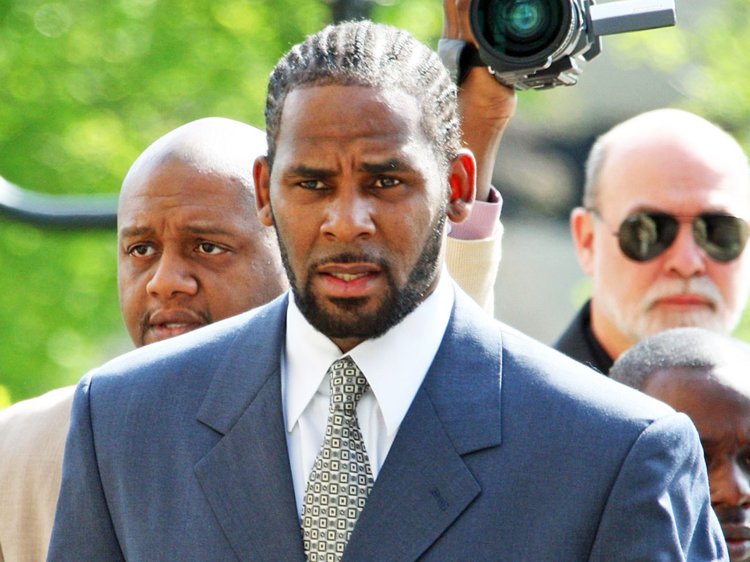 Dream Hampton is a journalist who has worked in hip hop music since the early 90’s. It would make sense that her documentary focuses on an artist who rose to fame and whose true height was in the 90’s. Her subject is the Grammy-winning R&B superstar and sex symbol from Chicago named Robert Kelly. When I reviewed the documentary last year on Whitney Houston, simply called Whitney (2018), I pointed out the over-abundance of documentaries on musicians. There have been so many that there is a bit of a template and expected things that come up over and over. In that review, I stated that for a documentary like this to stand out, there has to be either an incredible story or the filmmaking itself has to be incredible. No offense, but the filmmaking is not incredible here. Yet, Hampton doesn’t need to wow the audience with stylistic flourishes. The story is incredible on its own. Having people just sit and tell it is captivating enough and more than captivating on its own.

Kelly is a superstar who has a lot of media and footage of him. There wasn’t enough of his early life unlike other music artists, such as Michael Jackson or even Amy Winehouse, but Hampton is able to piece together the now 52 year-old’s early life before his fame. What helps is that Hampton interviewed members of Kelly’s family, specifically his two brothers. One of whom is in prison. This is opposed to HBO’s Leaving Neverland, which didn’t interview family members of the accused. What’s even more damning is that while the family in Leaving Neverland presumably would defend their family, Kelly’s family is half and half. One brother defends him and one brother doesn’t, which makes their whole presence here even more intriguing. 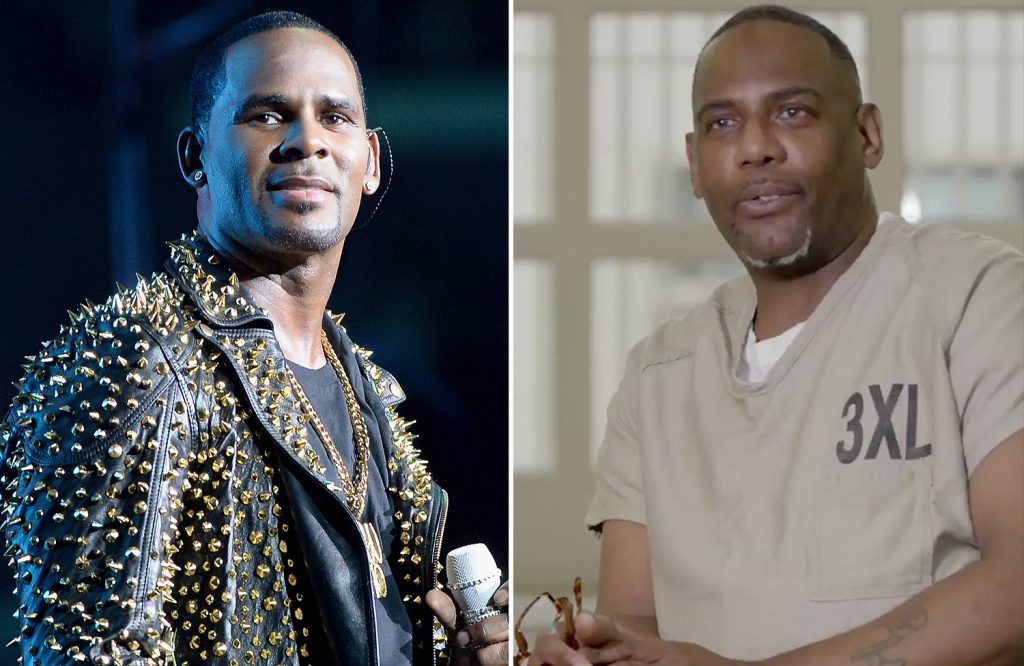 Even if Kelly’s brother weren’t in this documentary, there’s still a damning case to be made here. While Hampton is charting the rise of Kelly and his dominance in music, as well as his ardent fandom, she also interviews about a dozen women who all claim to have been victims of Kelly. They all claim to have been abused or sexually assaulted at the hands of Kelly. They build a case of how controlling and manipulative he can be. All of that could possibly be dismissed, but what makes it even more horrible is that most of the women start out underage. Pretty much all of them start out underage.

We get testimony after testimony that paints a picture of a sexual predator at best and a pedophile at worst. However, he’s a pedophile who’s smart enough to prey upon teenage girls taken by his fame and aspiring to work in the same business as him, so he’s able to charm them by dangling the carrot of fame and wealth. One might see this as a condemnation of fame and celebrity. It’s a wonder if Kelly weren’t the celebrity he was, would he have been able to do what he allegedly did? It’s a maybe, but all the victims talked about that aspect. 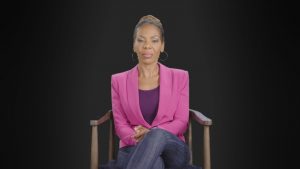 Along those lines, the most damning thing about all of this is something that is said in the third episode. Andrea Kelly who was the ex-wife of Robert Kelly asks how R. Kelly could do what he did, given how busy he was with recording music, being on tour and shooting videos. She asked how he could juggle the many, many, underage girls that he abused or assaulted. The answer is that he didn’t do it alone. He had an entourage that helped or were complicit in his crimes.

It echoes what is said in the first episode. Hampton reveals that what Kelly did or is doing isn’t unusual for other music artists or so-called rock stars. Tarana Burke is interviewed in this series and Burke is the founder of the Me Too Movement, a movement that has been focused on the movie and TV industry. However, commentators like Bill Maher have wondered when this movement would focus on the music industry. This documentary might be the first to do so with any real impact to someone who’s still alive. But, what was revealed in Me Too cases like Harvey Weinstein is that there were people who knew about these abuses or sexual assaults but looked the other way or didn’t speak out against it. 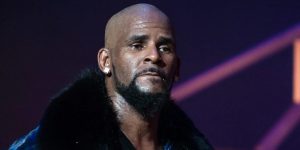 There’s an element of people in Weinstein’s entourage or even Kelly’s entourage who looked the other way. What this documentary does so sharply is show how everyone looked the other way, not only fans but everyone who was alive and old enough to have heard about his arrest in 2002. His arrest followed the release of the infamous sex tape or the pee tape. That tape and his arrest made national news. As the fourth episode demonstrates, Kelly continued to have hit songs even after this news went public.

This means that everybody knew that Kelly was a child molester and yet they still purchased his music. The same could be said about Woody Allen, but there was video evidence of Kelly’s crimes in that sex tape. There was little to no denying what Kelly was when there’s video evidence. However, apparently, there was denying, a lot of denying because people continued buying his music or going to his concerts. The question is why. How was Kelly still making money after 2002? 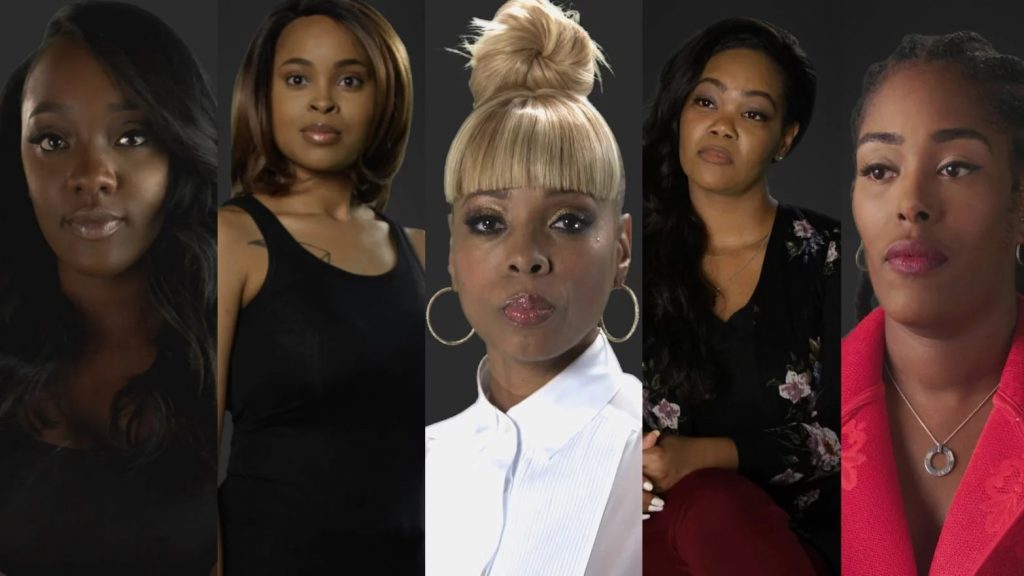 One suggestion is racism and/or sexism and no one caring what Kelly was doing because no one cared about his victims who were all black girls. This series is a condemnation of no one caring about the victimization of black women or black girls, or at least the media not talking about crimes against black women as much or as loudly as it does crimes against black men or men of any color. Black women hardly get a voice, but what this series provides is that voice.

A dozen or so black women are interviewed. Again, the filmmaking here isn’t that great. The black women are simply set in a chair against a green screen and just are allowed to talk. While it might not be as visually interesting as how Ava DuVernay set up her interviews in the Oscar-nominated 13th (2016), it doesn’t need to be because the focus should be on the women and what they’re saying and nothing else. Hampton allows these black women to be heard and seen when perhaps they weren’t before. 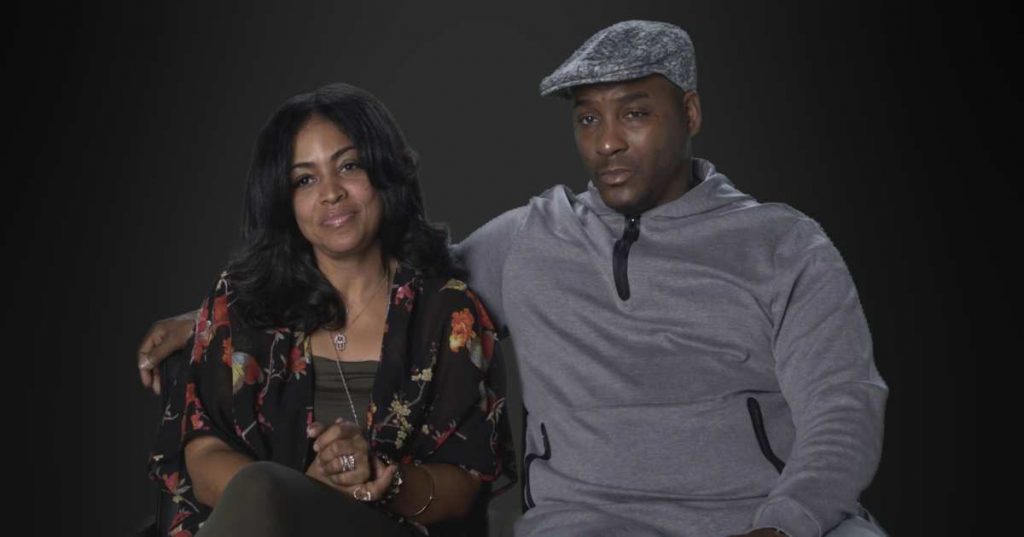 By the last two episodes, Hampton switches and has her documentary be about something else. It becomes about the parents and not demonizing them. The series shows how things went wrong and what the parents were willing to do in order to save their daughters. Through them, we feel the pain of someone losing or being separated from their child. It’s an emotional knockout. 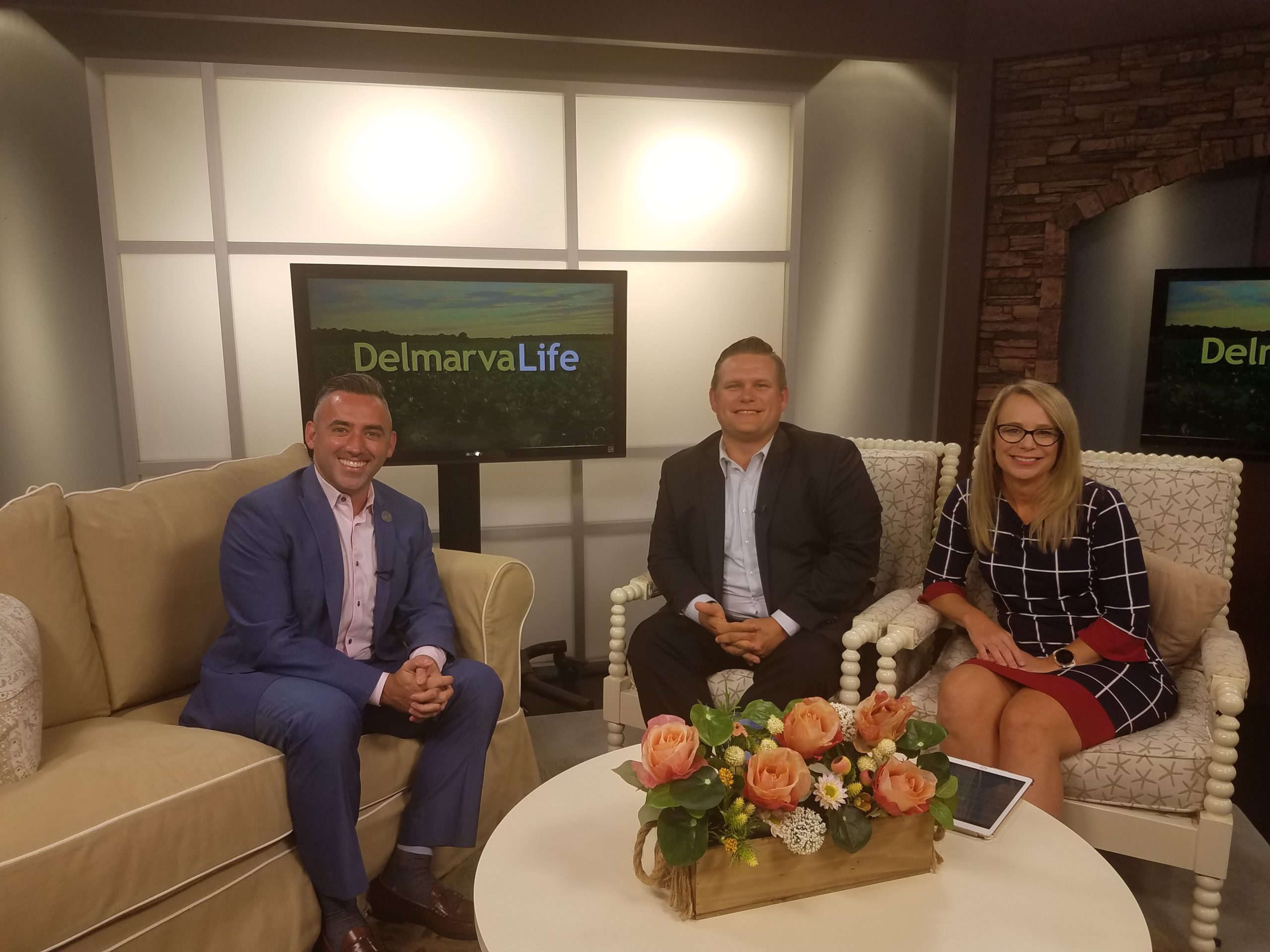 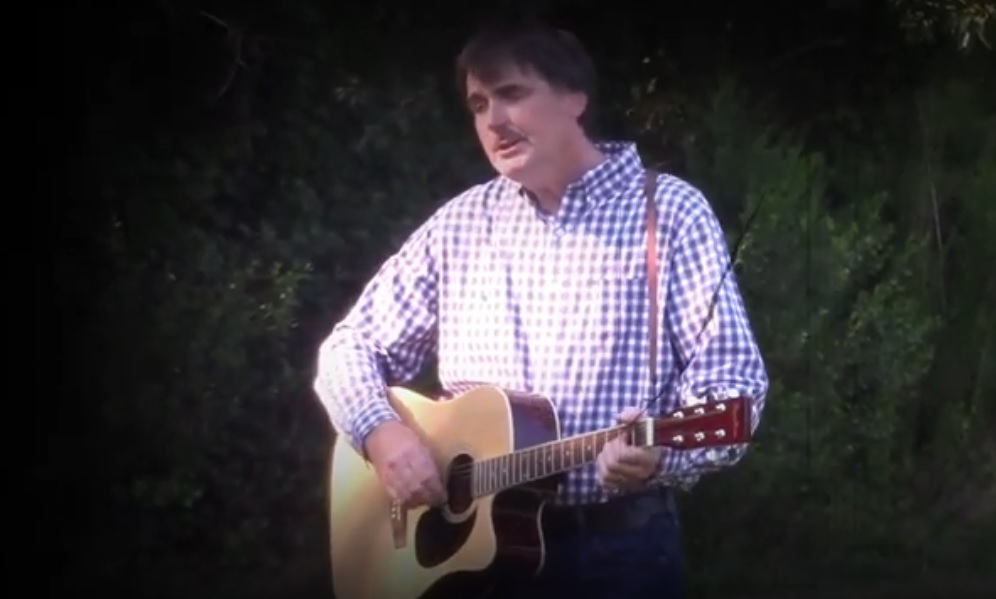 We welcome Darren Jones to the Mid South Audio stage.[...] 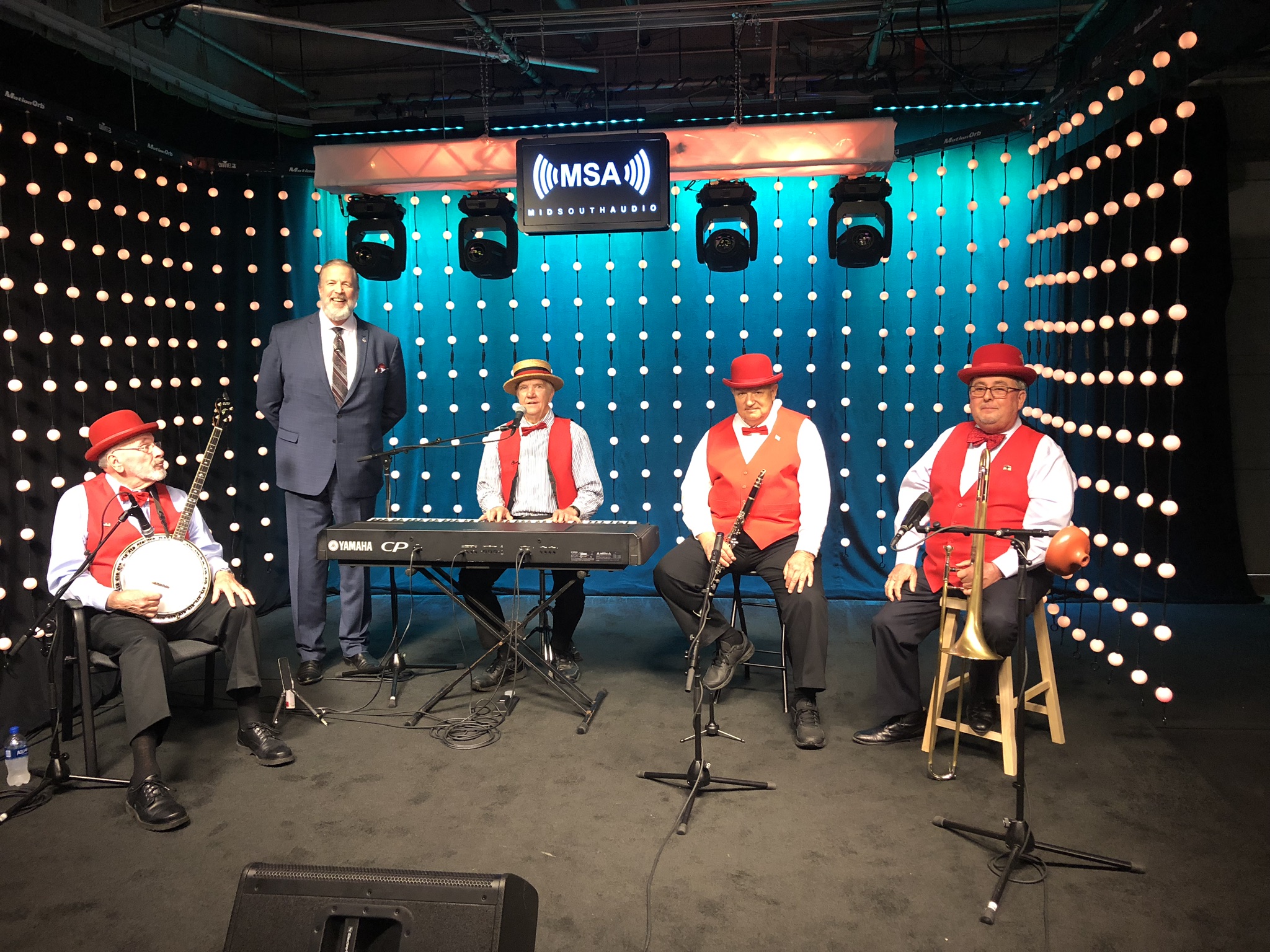 We get a preview of the Berlin Jazz and Blues, Wine[...]