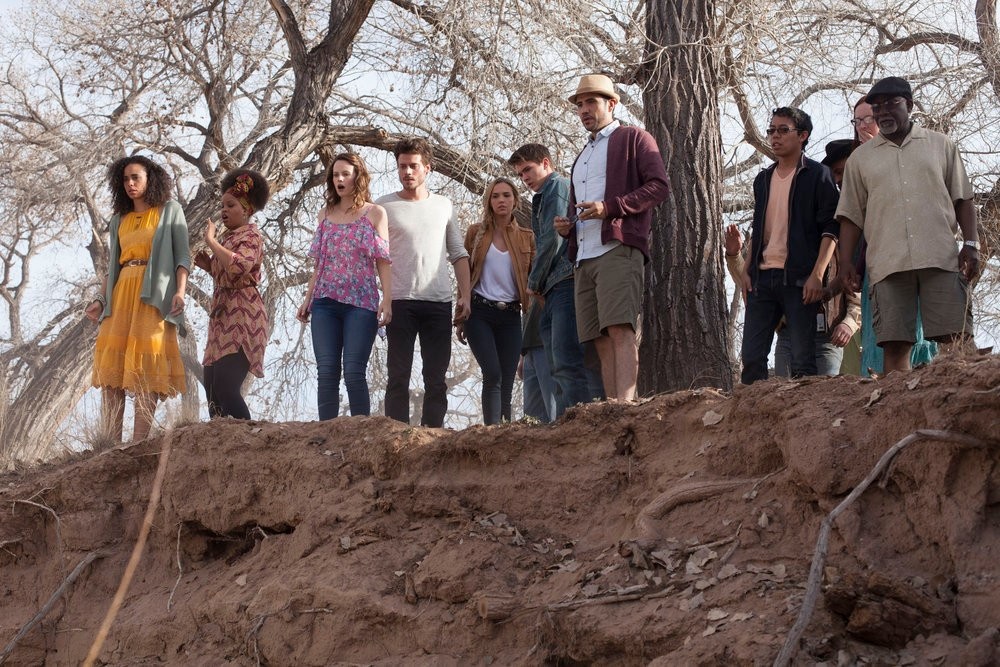 Remember HBO’s True Blood. It was a hit series about vampires and other supernatural beings that ended in 2014, but NBC still wants to capitalize off it. True Blood was an adaptation of Charlaine Harris’ books about Sookie Stackhouse, a fairy in love with a vampire. The same year that that HBO series ended, Harris started publishing a new line of books, books about vampires, or at least one vampire, ghosts and other supernatural beings. This NBC program is an adaptation of those books and it’s different but surprisingly the same as True Blood. Because it’s on NBC though, it’s not able to be as bold in its depictions of sex, sexuality, nudity and even violence. It’s not as if those bold depictions are needed, but if not those things, this show better have something else to hook viewers. The sex and violence in True Blood was a hook but not its only hook. It also had an interesting premise with a great cast, led by a great actress. So far, this show has no real hints of any of those hooks.

François Arnaud (The Borgias and Blindspot) stars as Manfred Bernardo, a gypsy fortune teller. He has the ability to communicate with the dead. He sees dead people as was the case in The Sixth Sense (1999). He even is able to talk to those spirits on Earth. He’s a psychic medium. The opening scene is very reminiscent of Oda Mae Brown, played by Whoopi Goldberg in Ghost (1990). Unfortunately, Manfred is nowhere near as colorful or as interesting as Oda Mae Brown. Even though he’s the equivalent here to Sookie Stackhouse, Manfred is also nowhere near as colorful or as interesting as Sookie. Actually, there’s nothing colorful or interesting about Manfred at all. Arnaud’s performance is rather dull. He was more electric in Blindspot but not so here, and that probably has more to do with the writing than the acting. The main character in ParaNorman (2012), an animated film with a protagonist that has a similar psychic ability, is more exciting than Manfred. 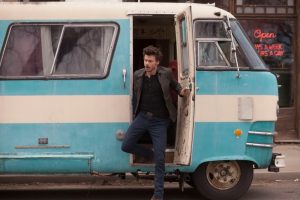 Due to an angry debt collector, Manfred is forced to flee Dallas. The ghost of his grandmother Xylda tells him to go to a small, desert town called Midnight, Texas, so he does. He walks into the town’s main bar, which looks and feels a lot like the bar where Sookie Stackhouse worked. Through Manfred’s time at the bar, we get introduced to the main cast.

Sarah Ramos (Parenthood and American Dreams) co-stars as Creek Lovell, the waitress at the bar whose widowed father is very protective but she seems to be interested in Manfred. She’s one of a small few who are human or don’t have some kind of magical power.

Dylan Bruce (As the World Turns and Orphan Black) plays Bobo Winthrop, the owner of the town’s pawn shop and the other regular person in town. He also is a landlord of sorts. He rents out places to various people, including to Manfred. If you recall True Blood, Bobo is like a combination of Sam Merlotte and Jason Stackhouse. The plot gets kicked off when Bobo is accused of killing his fiancée Aubrey Hamilton whose body is found by the river during the town’s picnic.

Like True Blood, the first season is about a murder mystery. There are various characters who appear in the first episode who are possible suspects. There’s a gang of white supremacists, known as the Sons of Lucifer. They seem to be at the top of the list. The other suspects might end up being the other magical residents. 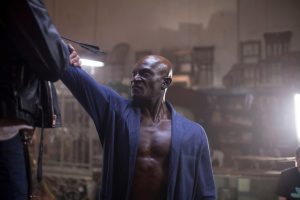 Peter Mensah (pictured above) plays Lemuel Bridger, the vampire who’s like a combo of Bill Compton and Eric Northman from True Blood. It would be interesting if like those two, Lemuel was also in love with the main character, in this case Manfred, but I don’t think the show will go in that direction. Yul Vazquez (Treme and Magic City) plays Reverend Emilio Sheehan, the werewolf or weretiger, which would make him the Alcide Herveaux of the show. Yet, Vazquez is in his 50’s, as opposed to Joe Manganiello who was in his 30’s when he played Alcide in True Blood, so it’s doubtful that Vazquez will become the sex symbol and collective wet dream nationwide that Manganiello became.

Parisa Fitz-Henley (Luke Cage) plays Fiji Cavanaugh, a witch and possible lesbian. We see her talking to her pet cat who like in the Garfield comics talks back to her. Jason Lewis (Sex and the City and Brothers & Sisters) plays Joe Strong, the owner of a nail salon and tattoo parlor who has retractable wings like an angel to fly and a Mexican husband named Chuy. Arielle Kebbel (Gilmore Girls and The Vampire Diaries) plays Olivia, an assassin. She has a closet not full of shoes but full of guns. Being that the town is built over a mystical magnet, much like Sunnydale in Buffy, the Vampire Slayer, Kebbel is very reminiscent of Eliza Dushku’s character in that 90’s cult series. 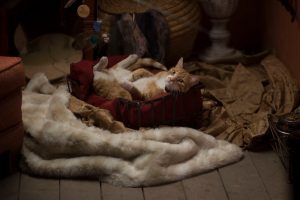 The show doesn’t have the fun of Buffy, the Vampire Slayer, CW’s Supernatural or even of The Vampire Diaries, unless talking cats is your thing. Yet, it doesn’t even have the humor of Sabrina, the Teenage Witch or Charmed. Maybe this show is more in line with Game of Thrones and American Gods, fantasy series that take themselves very, if not way too seriously, but without the freedom of HBO or Starz to be able to do whatever it wants and go to bold places, it just won’t feel as strong or as able to enter the cultural zeitgeist. 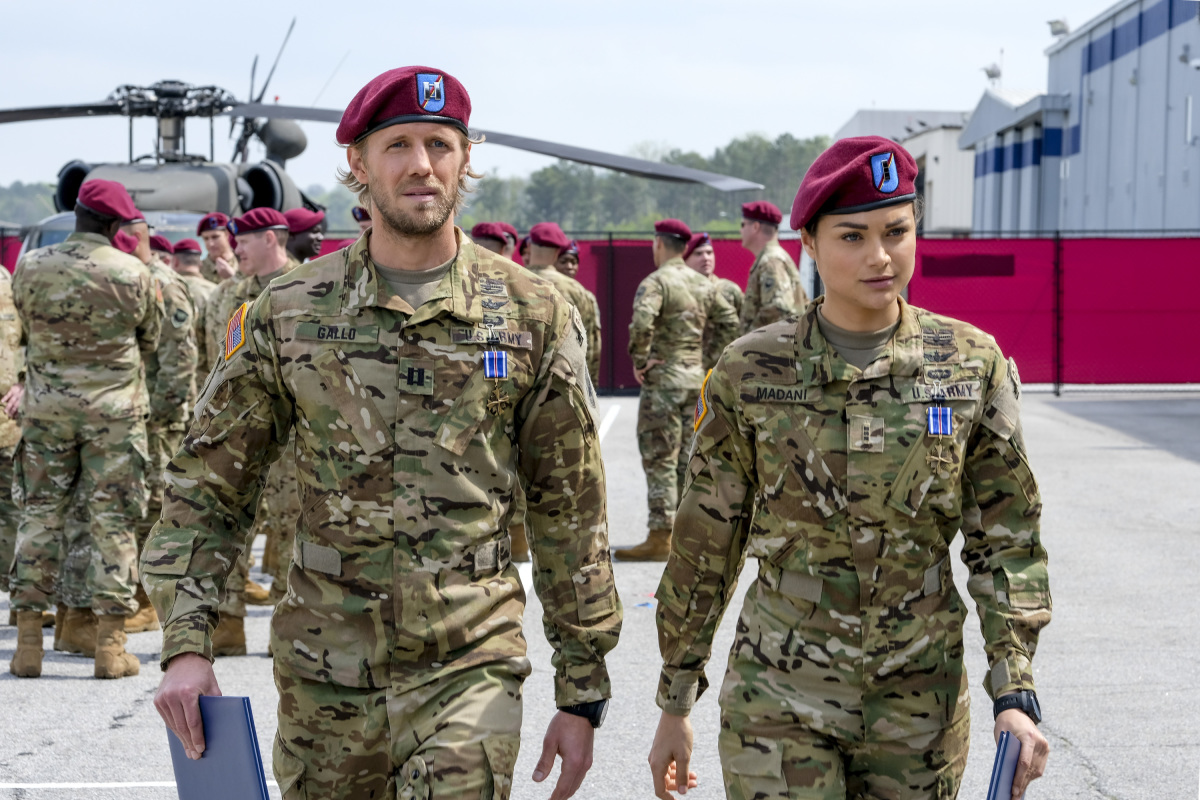 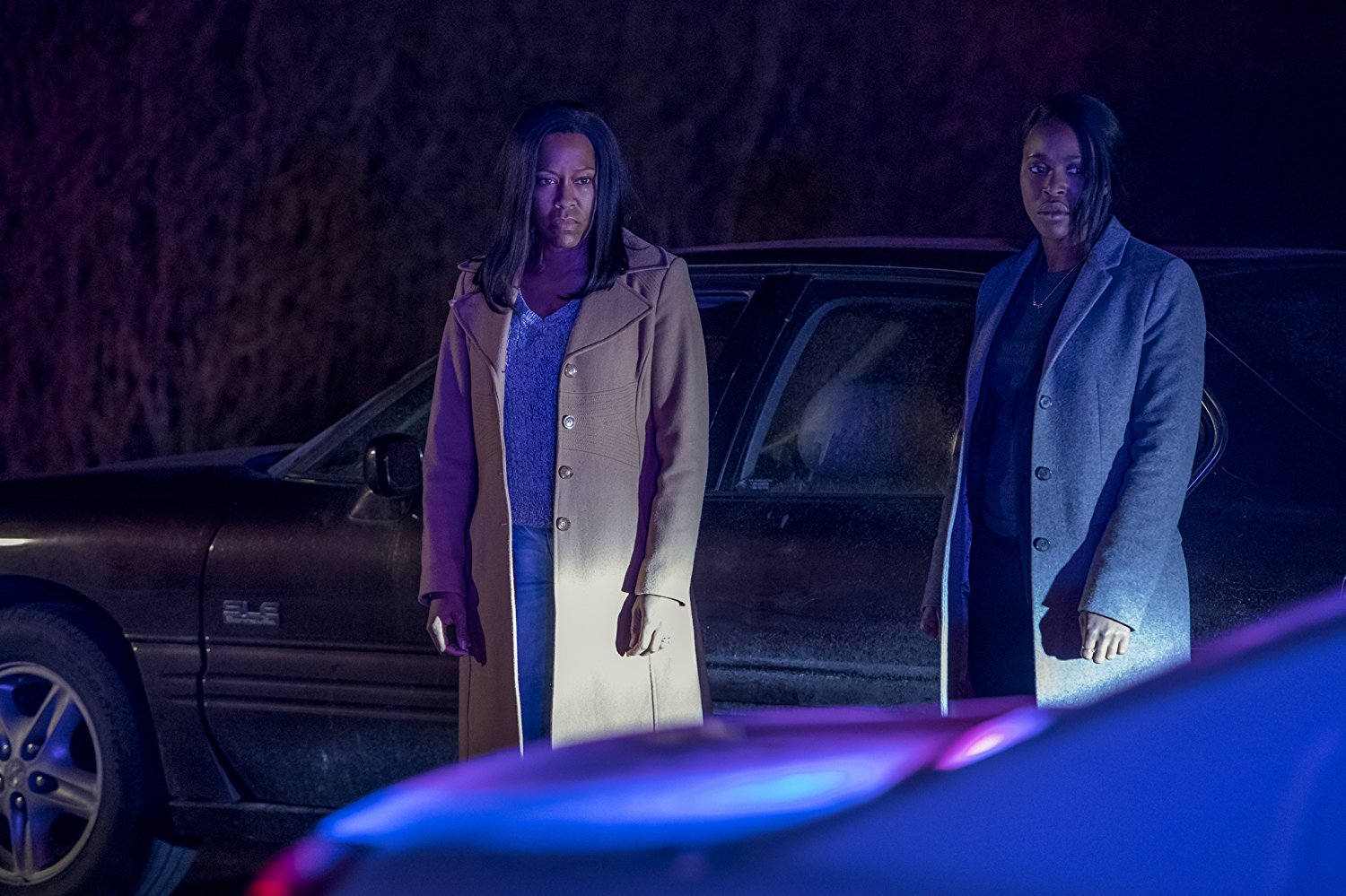