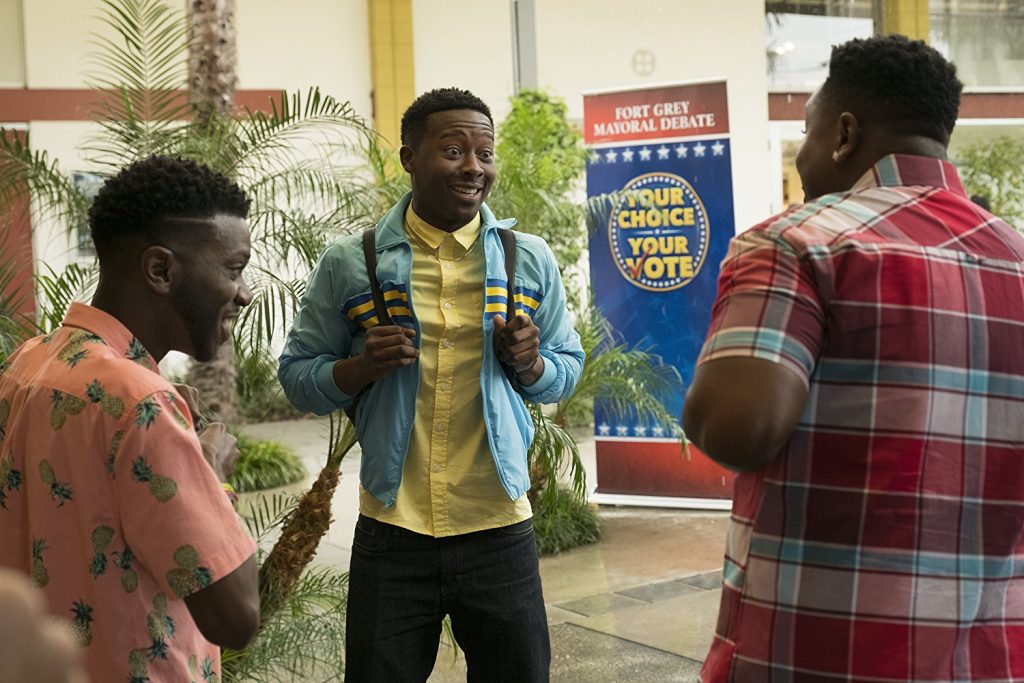 Brandon Michael Hall stars as Courtney Rose, a 27-year-old rapper who records music in his closet. He still lives at home with his mom and he lives in a small town named Fort Grey in northern California. As a publicity stunt, he decides to run for mayor but he ends up winning the election. The show is then about Courtney having to stumble and bumble his way through this position and process. The idea of an entertainer who’s a bit narcissistic and self-involved having to take on this executive, political position seems to be a take on the election of Donald Trump, but there’s a lot about it that just doesn’t gel.

The first episode implies that much like with Trump’s election, the impetus is simply anti-establishment and people wanting a newbie or an outsider just to come in and shake things up  or agitate the status quo. Unfortunately, the show doesn’t really convey why an agitator or outsider is needed. We don’t get what’s so wrong with Fort Grey that makes people so frustrated. We’re not even told what political party with which he’s associated.

The problem is that creator Jeremy Bronson (The Mindy Project and Grandfathered) doesn’t lean-in with the Trump aspect, meaning the main character is nothing like Trump in any way. In fact, as the series goes along, Courtney will move further away from Trump certainly in temperament and disposition. Because of which, I’m not sure what the point of the series is. Courtney is not the Trump equivalent. He’s probably what some would hope Trump to be, but if he’s not going to be the agitator, offensive and extremely narcissistic, if he’s going to eventually be someone who loses his brashness and brazenness because where else can he go, then I don’t see the point of this show.

It can’t compete with HBO’s Veep and it can’t even compete with something like NBC’s Parks and Recreation. It’s nowhere near as funny as either of those shows. Unlike Veep, it isn’t as sharp and biting with a willingness to tear into the political process, really satirizing the whole thing. Unlike Parks and Recreation, it doesn’t fully embrace the process to really come up with solutions that would really bring out and explore the characters therein.

For example, the second episode presents a problem of the elementary school losing its music program due to the city council cutting its budget. The point of the episode is to underscore the importance of art, particularly music, to students who might have troubles in other studies or be troubled in general. The point is also to show how people calling their local officials can get things done. Yet, the episode clearly shows there’s no money for the music program because all the money is stretched for vital services. 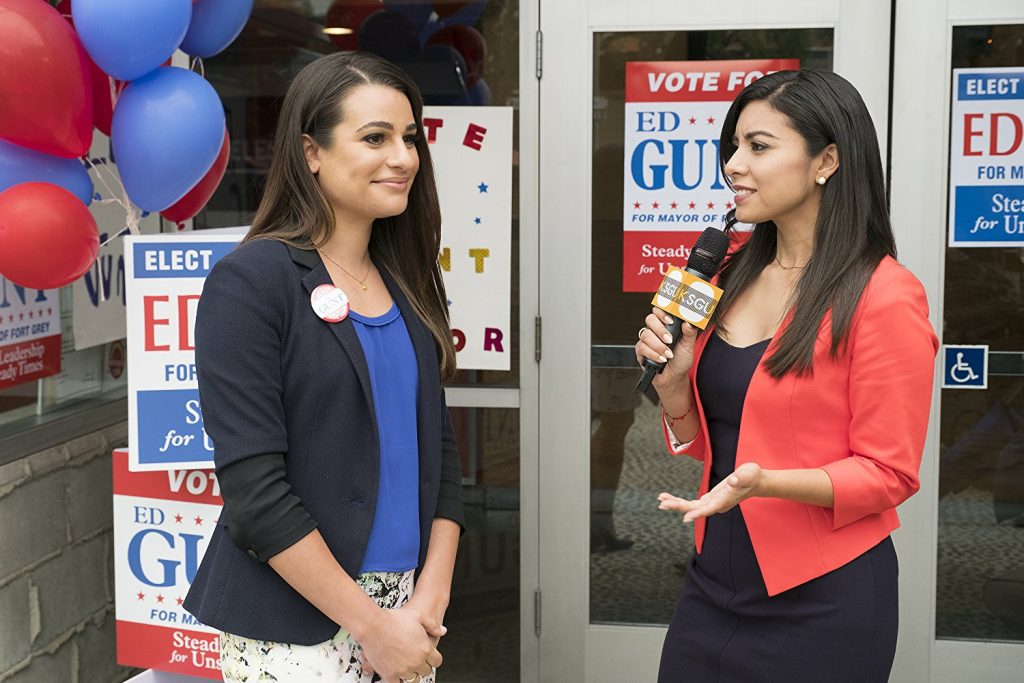 The episode just shrugs that off for this Pollyanna ideal that goodwill is all that’s required to fix problems. Unfortunately, that’s not realistic. Yes, this is a comedy and it doesn’t have to be realistic, but, going by the reality that show lays down, it doesn’t explain where the money will come from. It spends so much time on the idea of money. There’s even a scene where Valentina Barella, played by Lea Michelle (Glee and Scream Queens), goes through the budget line-by-line and finds no solution, so for the show to shrug off the solution is rather disingenuous.

It’s good that this series has a relatively unknown black actor as its star. Given the character’s origin, it’s hopeful for sure to young black men about the political process. Yet, it does boast some stereotypical aspects. One aspect is that there is this adversarial or even ignorant relationship with black people or young people to the political process or politicians in general.

Instead of Trump, I wish this show had been inspired by someone like Svante L. Myrick. In 2011, at age 24, Myrick was elected mayor of Ithaca, New York, becoming the city’s youngest mayor and its first, African-American mayor. He currently stands as one of the youngest mayors in U.S. history. Myrick came from humble beginnings, including poverty, homelessness and a single mother. Yet, he worked hard and studied as is now one of the best mayors in the country mostly because he has a passion for politics and doing the work. That passion is clearly lacking in the protagonist here.