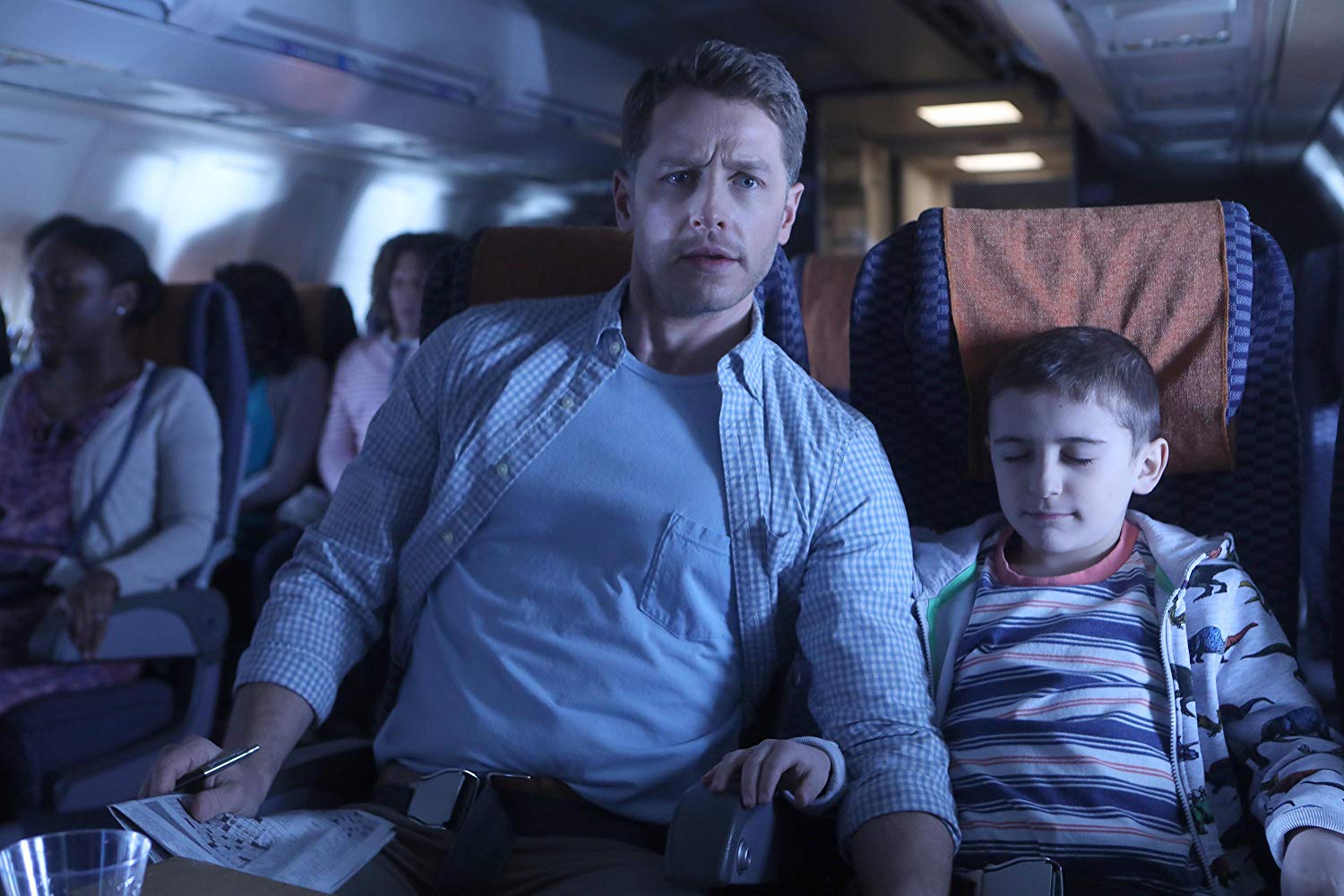 Jeff Rake was a writer for The Mysteries of Laura, which was about a female detective and crime-fighter. He was previously a writer for The Tomorrow People, which was about young men and women with super-powers who were being hunted. Both shows were canceled, so Rake’s solution was to do a show that combines both his previous ideas. This series is thus about a female detective with super-powers. There’s a little bit more than that, but even the little bit more feels very derivative.

The obvious comparison would be to ABC’s Lost, which took us on board an airplane that has a weird Bermuda Triangle-like event. The plane here doesn’t crash. It lands safely in New York or nearby. It also doesn’t have or look like it will have the quasi-religious and extreme metaphorical mythology that Lost had, which could be a good thing or a bad thing.

Several TV shows have done what this show is basically doing. Removing the element of the airplane, this show centers on a group of people presumed dead or having been missing before reappearing with friends and family needing to deal with the repercussions. One such example is a TV show called The Returned (2015), which really was a reckoning about death. A more recent example was earlier this year, a series called The Crossing (2018), which was more a metaphor on refugees. Both those shows had an air of pessimism and a sense of gloom.

This series is more like USA’s The 4400, which was a bit more optimistic. The aforementioned shows seemed more fatalistic and as a way of reconciling past traumas or tragedies. The 4400 seemed instead as a way of inspiring change or hope, so that past traumas and tragedies aren’t revisited but overcome. This series looks as if it’s going to lean into that same point-of-view, and it seems as if it’s going to do so using similar tactics as The 4400 by engaging in super-hero or savior myths. 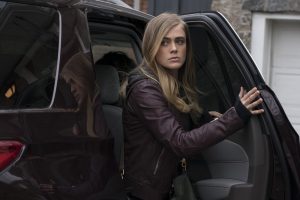 Melissa Roxburgh (Valor and Arrow) stars as Michaela Stone, a detective for the NYPD. She’s dating or is engaged to a fellow police detective. On April 7, 2013, she takes Montego Airways Flight 828. She went on a trip with her family and they were on their way back to New York when they were put on an overbooked return. Half of the family goes first and Michaela, her brother and nephew take Flight 828 a little time after. There’s turbulence, rough turbulence, but when the plane finally lands, Michaela is told that it’s now November 4, 2018.

It seems as if Michaela and all the people on the plane traveled five years into the future. Everyone else has aged and moved on with their lives, but Michaela and the other passengers were frozen in time. Now, they have to try to readjust to what they’ve missed or what has changed. For Michaela, her boyfriend who thought her possibly dead, is now married to someone else. At the same time, Michaela realizes she has a super-power, a psychic intuition that leads her to solve crimes, expose wrongdoing or injustice.

Josh Dallas (Once Upon a Time) co-stars as Ben Stone, the brother to Michaela who was sitting next to her on the same flight. He’s one of the other passengers to lose five years. He has to deal with his wife and daughter both moving on, meaning both getting a new man in their lives. He too has the same psychic power as his sister, which consists of a voice in his head directing him in certain ways. For Ben, his time-jump was also a blessing. Next to him on the plane was his son Cal, played by Jack Messina. Cal had leukemia and his diagnosis looked grim, but now the time-jump allows Cal to have access to new medical technology that could save him.

Parveen Kaur (The Strain and Saving Hope) also co-stars as Saanvi, a medical scientist whose research proved to be right in the time that she was gone. She was also on Flight 828 and it’s her research that could help Cal. Just like The 4400, Cal is a special child at the center of the mystery. Where that mystery goes remains to be seen. The series could drag it out like Lost, but that show had the strength of very unique and compelling characters. This show is more hushed in that regard. The characters are fine, but I’m not blown away. 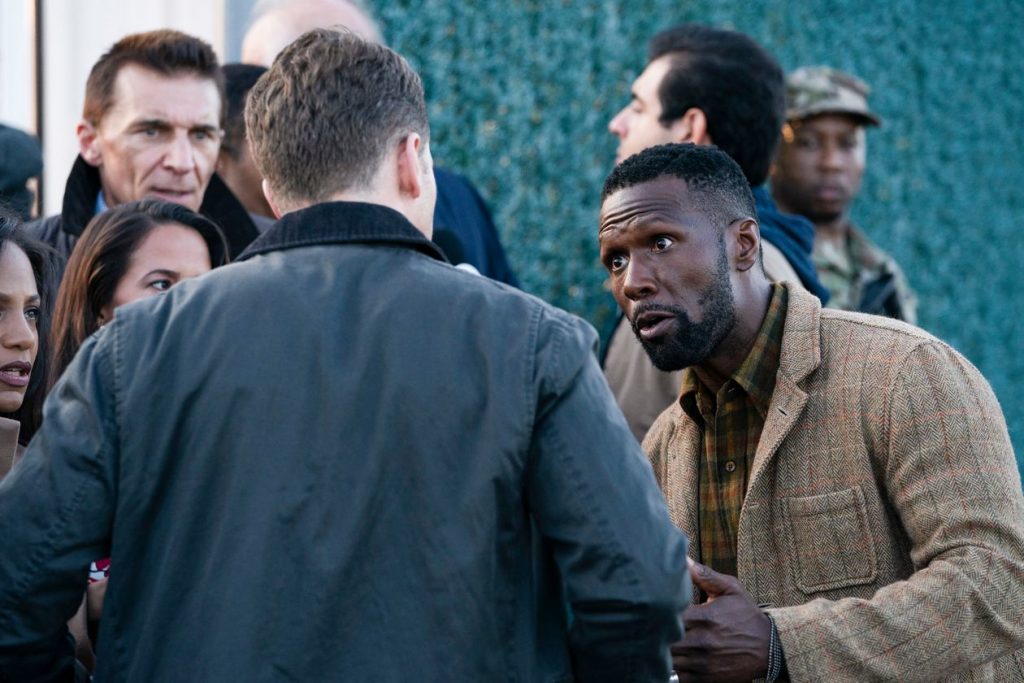 What’s interesting though is that Curtiss Cook (pictured above) plays Radd, a fellow passenger on Flight 828 and an African immigrant whose son is an American but gets arrested and put into prison. Radd’s son is played by his real-life son, Curtiss Cook, Jr. (Gook and Naz & Maalik). They both appear opposite each other in the second episode and it’s cool to see the two play off their real-life relationship. It would have been more heartbreaking if the show had not given their characters short-shrift. 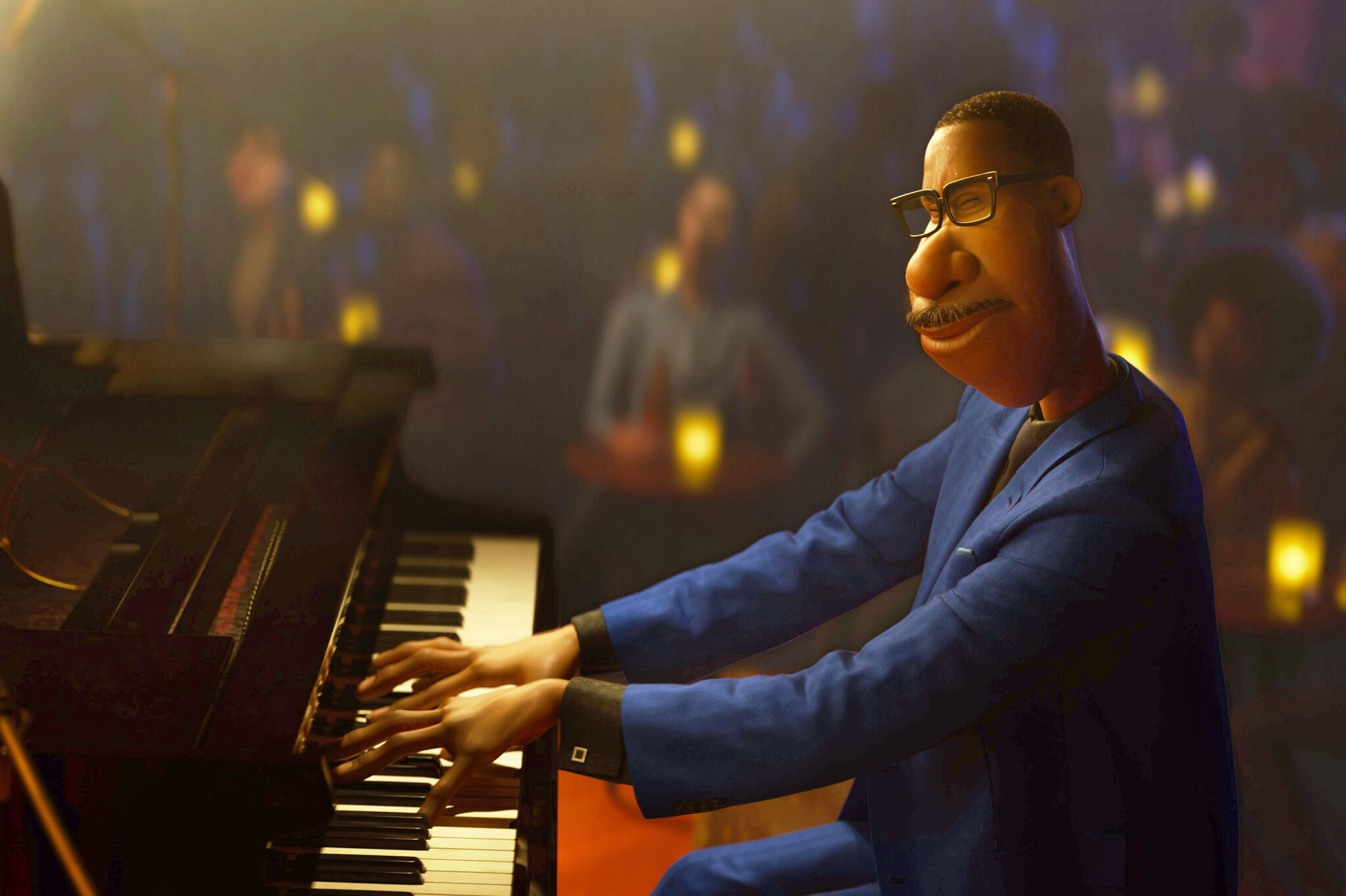 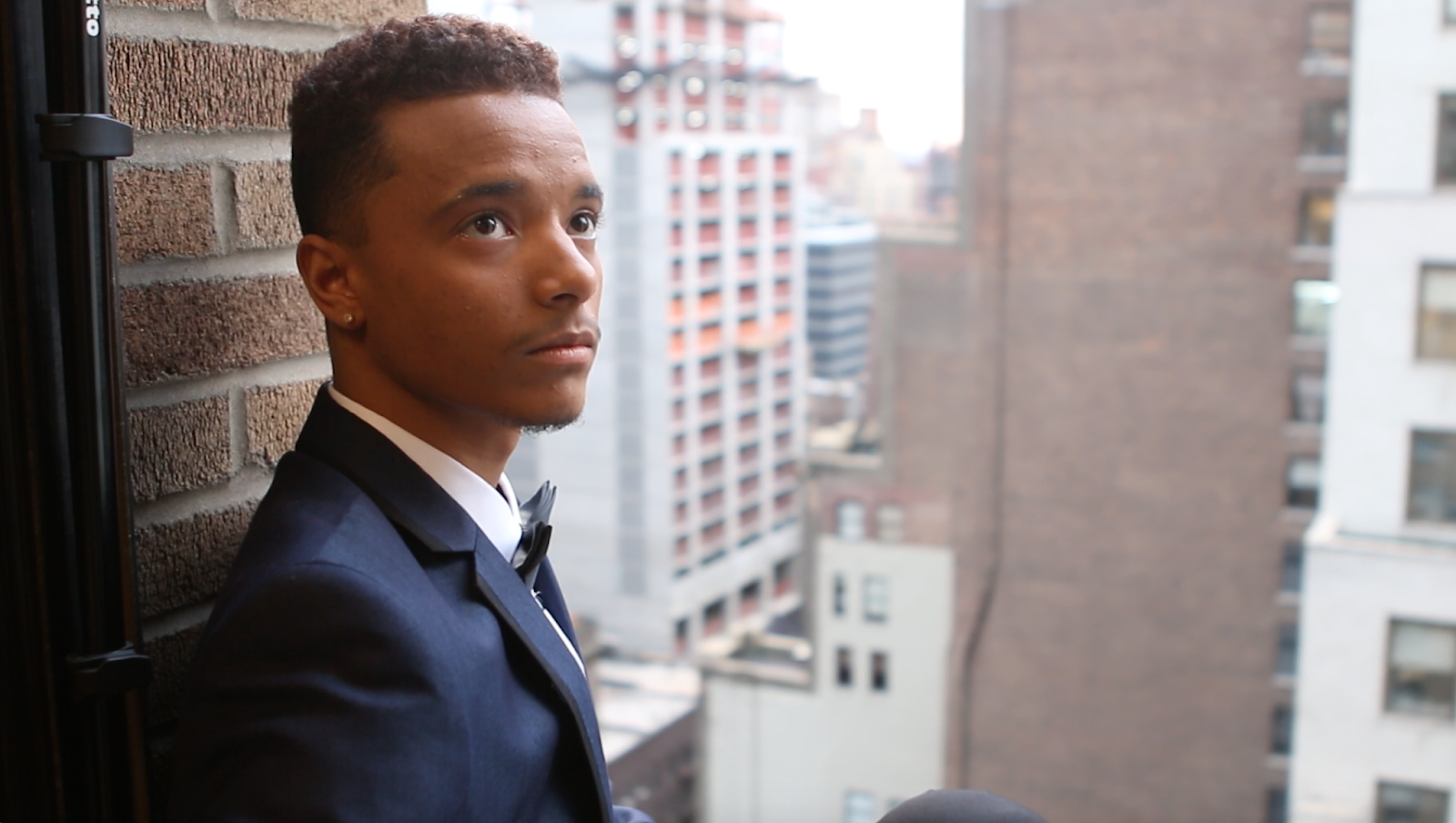 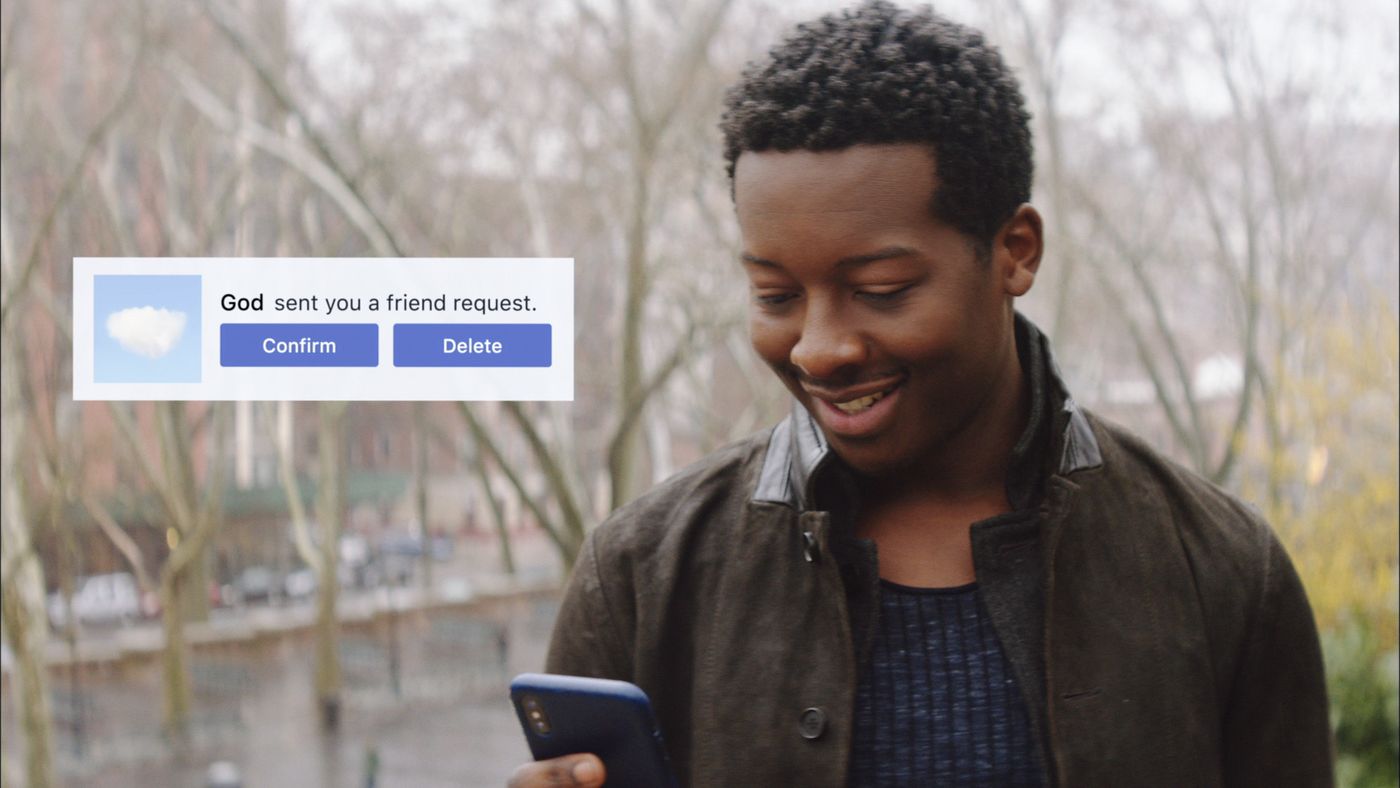