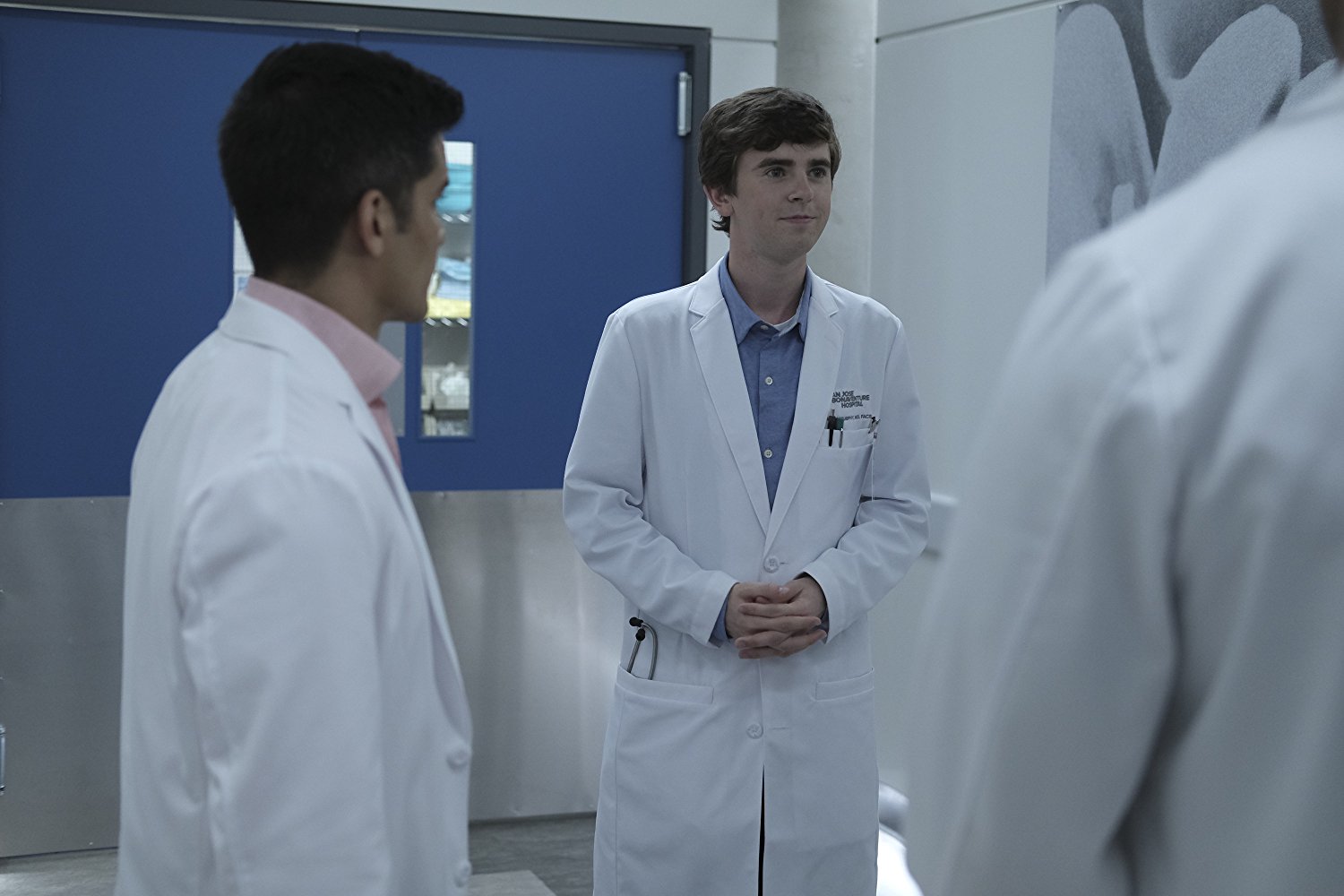 The first episode was a bit atrocious. The second episode was much better. Both episodes set up a dynamic, which quickly gets annoying, and that is the young autistic doctor is a super-hero who can MacGyver or come up with life-saving ideas that no one else can, which is ridiculous, given the scenarios presented. It overcompensates by portraying most of the other characters as cynical or not as staunchly dedicated or detailed as the protagonist. It gets to be a little eye-rolling that the protagonist is the only one who can diagnose and figure everything out. However, Daniel Shore’s previous medical drama, House M.D., also had the same dynamic. It’s so frustrating that it gets to the point where the other characters feel useless or perfunctory.

Freddie Highmore (Bates Motel and Charlie and the Chocolate Factory) stars as Shaun Murphy, a pediatric surgical resident from Wyoming who goes to work at St. Bonaventure Hospital in San Jose, California. He goes to work there because a man he knew from his childhood who is on the board of directors and is in fact the President there recommended him. The reason he’s recommended is because Shaun has savant syndrome, which means he’s autistic but he’s high-functioning with special abilities like perfect recall and spatial intelligence, so he can diagnose anyone, almost immediately, and come up with a treatment on the spot, and the way he does so is similar to how the protagonist does so in A Beautiful Mind (2001).

Now, the second episode does a better job of conveying this premise. The first episode is a bit of a mess. In the first episode, Shaun has to save a child who needs immediate medical help at the San Jose airport. Directed by Seth Gordon (Baywatch), the pacing and way it addresses things feel very off. The child is injured and this emergency breaks out, but the episode comes to a grinding halt and all urgency is lost when Shaun does pratfalls with airport security and becomes MacGyver in order to build a one-way valve. The time he takes to gather supplies and build this thing feels like a lifetime, enough time for the mother of the child to call 911 and an ambulance to arrive. Waiting for Shaun to solve it seemed dragged out and ridiculous. 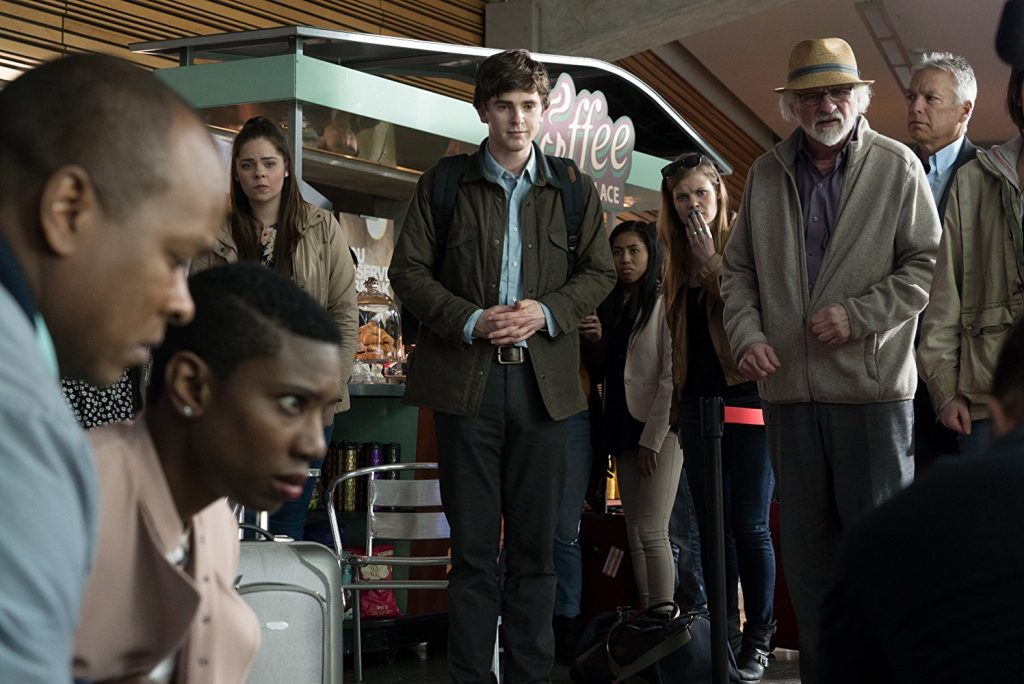 While this airport incident is happening, the board of directors argues over whether Shaun should work at the hospital at all. The main issue is that some on the board object to Shaun’s autism. Yet, this scene and their arguments are disingenuous because at no point does any one mention the American Disabilities Act, which covers autism. Shaun graduated from medical school, meaning he’s high-functioning. He also lives by himself, so denying him a job would be rank discrimination and worthy of a lawsuit.

When Shaun arrives and is interviewed by the board of directors, he’s asked why he wants to be a surgeon. Shaun goes into a childhood story about his brother’s death. Yes, it’s supposed to be this moving thing, meant to set up how his brother is an influential force in his life, but questions addressing concerns about his autism and how he would cope with things would have made more sense.

The second episode is much better in that it shows how this autistic doctor interacts in a hospital environment and how he clashes. It’s interesting to see Shaun have to learn how to behave in social situations in the hospital. He doesn’t get subtlety or nuance. He doesn’t get irony or sarcasm. He’s not good at bedside manner or reassuring patients. He’s all about delivering blunt facts bluntly. He’s like a robot but one who does care about the patients, or else he obsesses until he’s diagnosed and treated them. It’s funny in the way that Drax was funny in Guardians of the Galaxy, or how Mr. Spock was in Star Trek.

The other characters don’t get much to do but stand around and wait for Shaun to come and solve the medical question at hand. There’s nothing to make us care about them. Shaun isn’t allowed to perform any surgeries and the chief surgeon, Neil Melendez, played by Nicholas Gonzalez (The Flash and Pretty Little Liars), keeps preventing him due to his autistic bigotry, so getting Shaun performing surgeries is an obvious arc in this show. 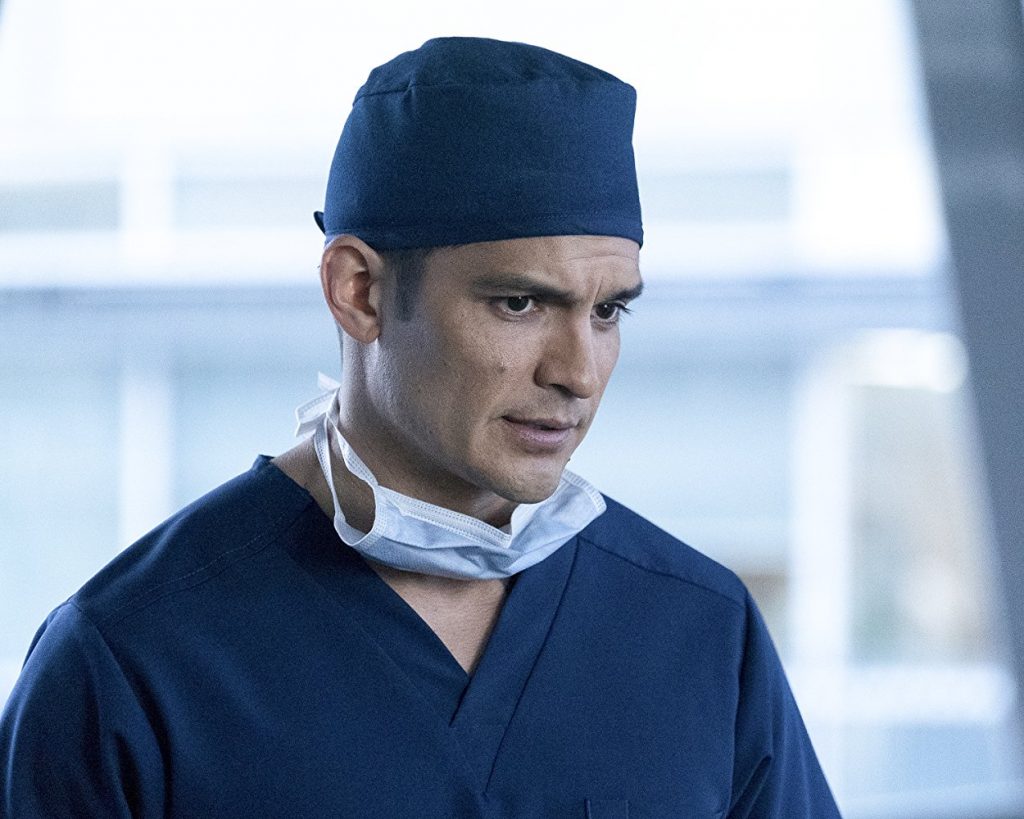 The case in the second episode results in a solution that Shaun says but it’s one that anyone could have said, so I don’t get why his idea was all that incredible. The ratings were good enough that ABC picked up the series after its second episode aired. It will carry into 2018, which is when I’ll check back in to see how it’s developed. 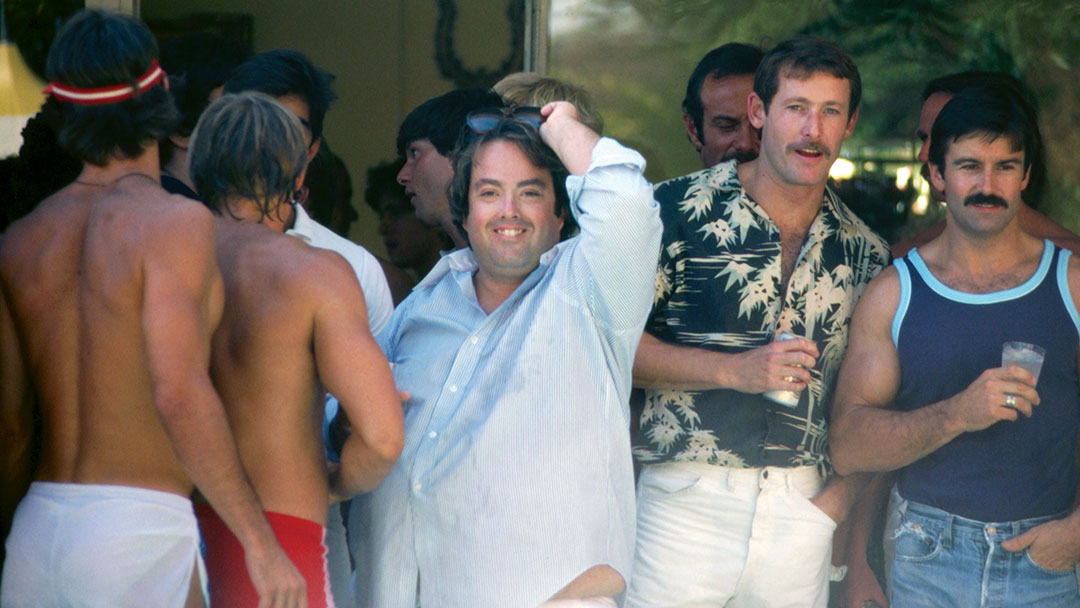 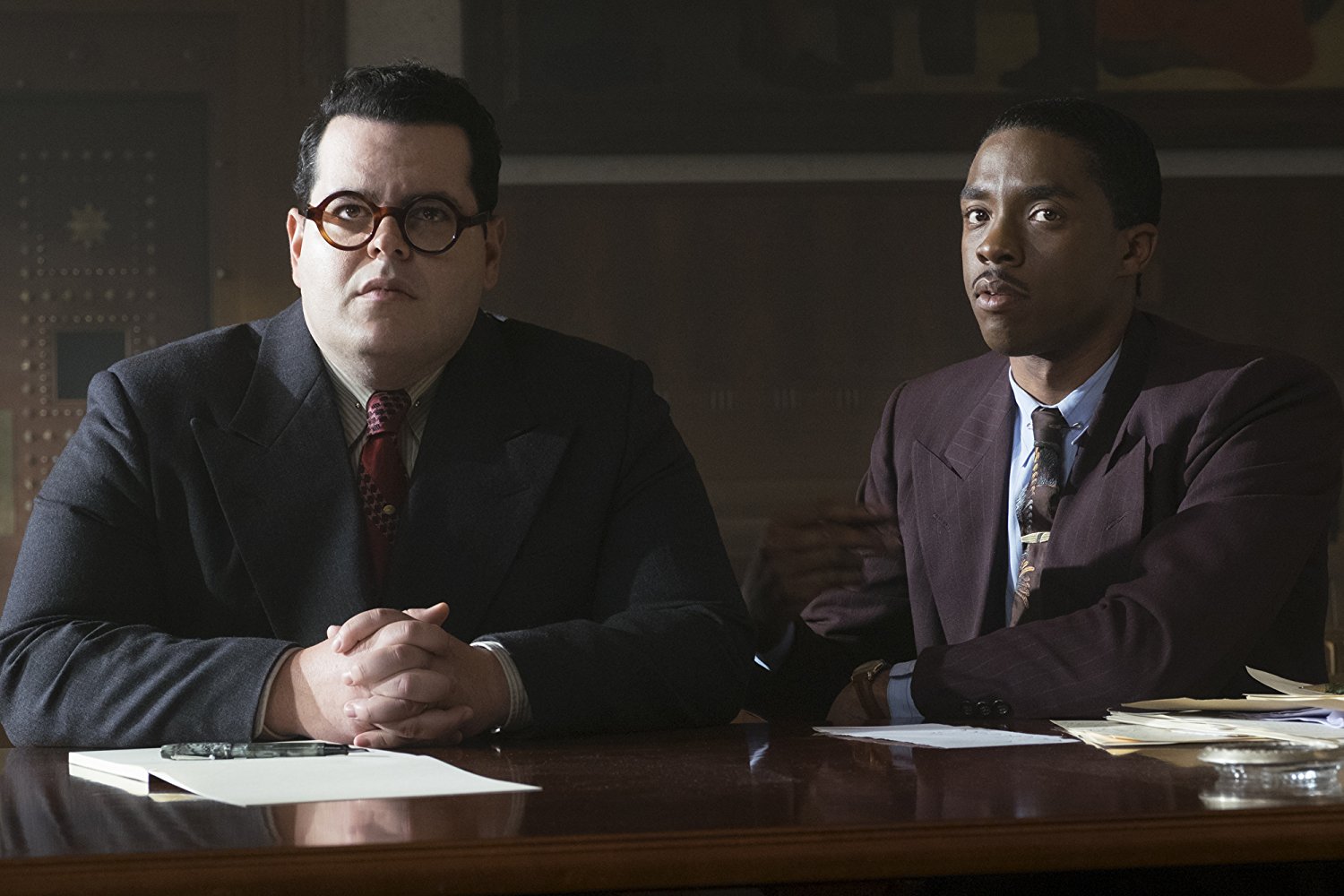 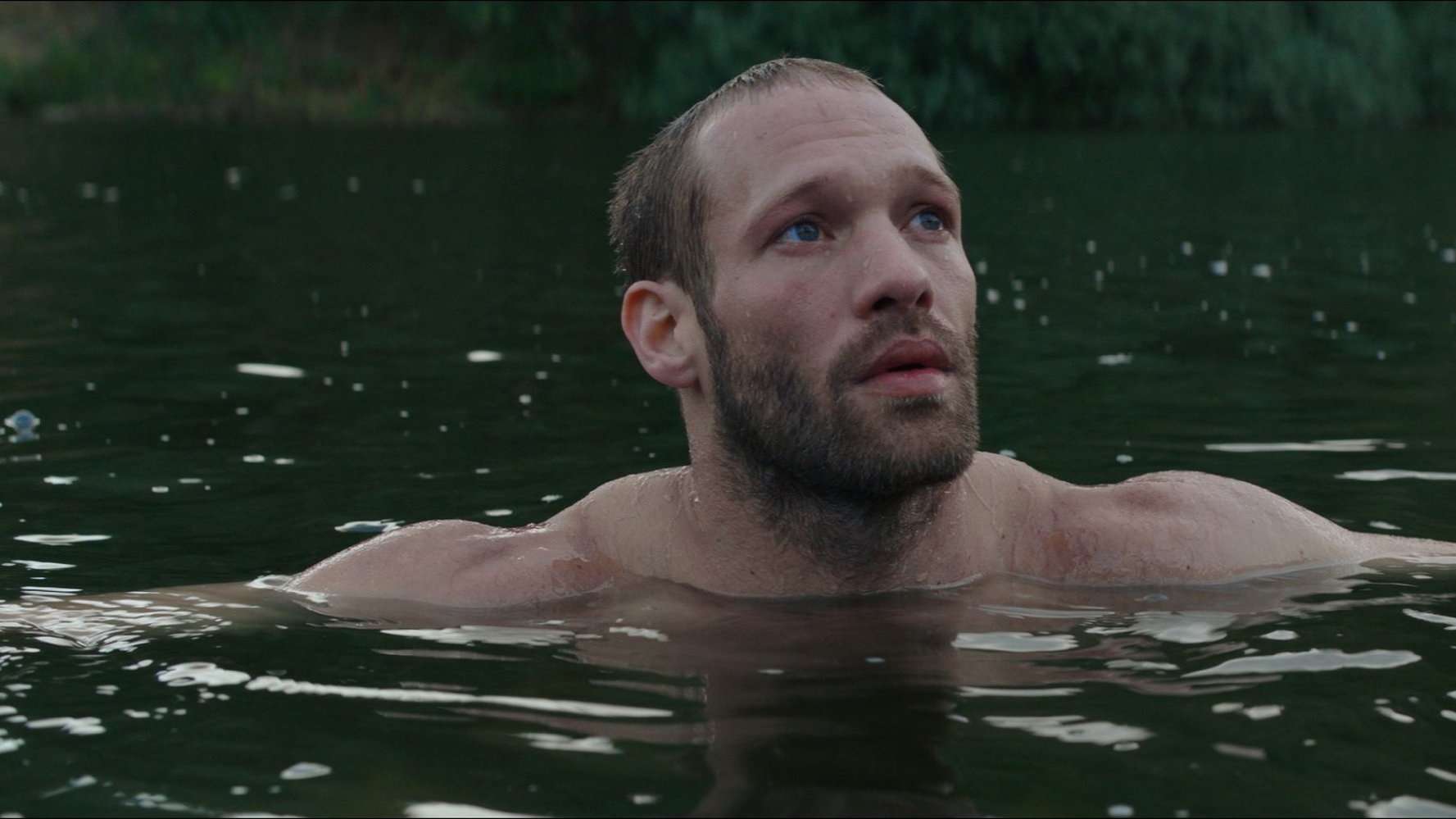 This movie totally confused me and I didn’t really[...]