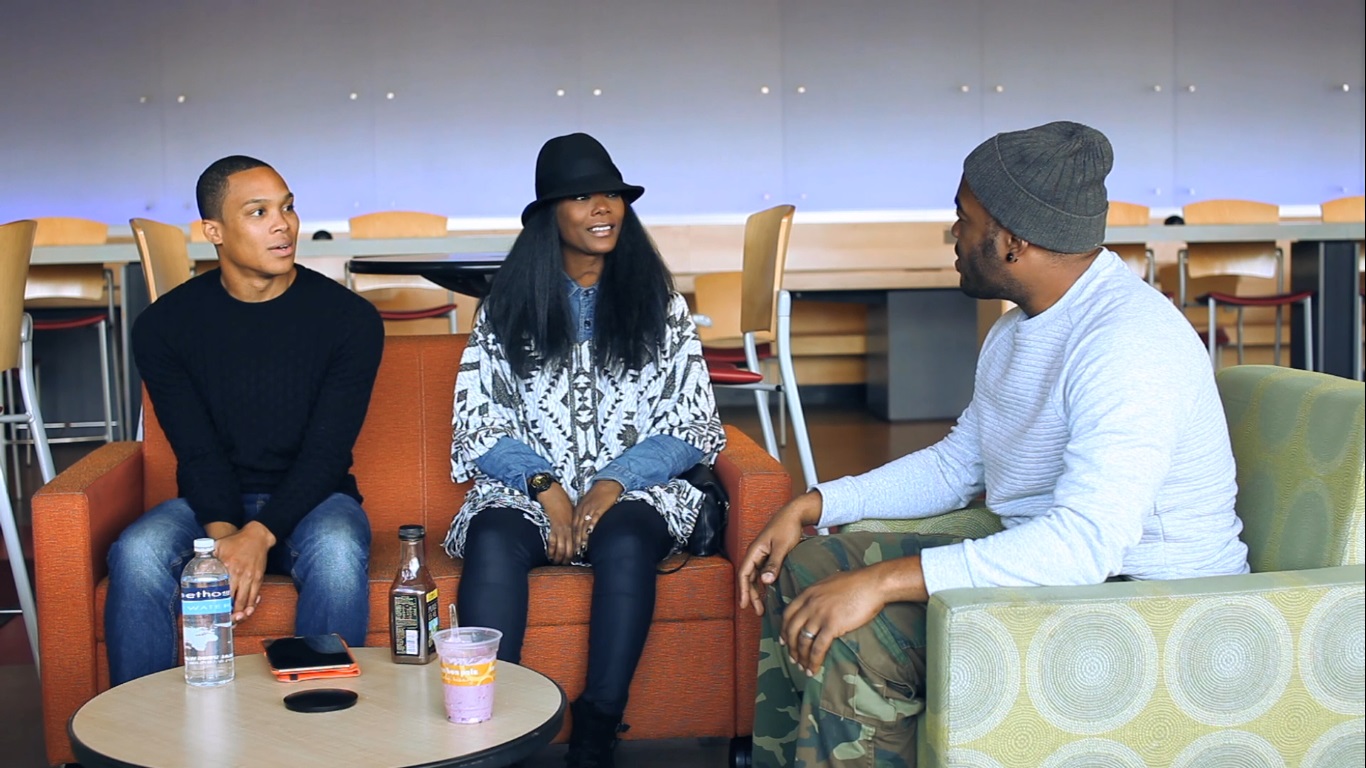 The finale or last episode of Finding Me the Series aired online this past Friday, January 15. Titled “Tying Loose Ends,” it concluded the TV show, which began in 2012 as a continuation of the characters from the film Finding Me (2009) and its sequel Finding Me: Truth. The series focused on the lives and relationships of three, African-American friends in Jersey City. The final episode starts with the three friends meeting for brunch to catch up after a month apart.

RayMartell Moore stars as Faybien Allen, an aspiring music producer who has now had sexual relationships with three men. However, the previous episode saw him having sex with a woman for the first time. He still lives with his homophobic father and is obviously still trying to figure out who he is.

Eugene E. Turner co-stars as Greg Marsh, a bisexual playboy who works at a café. He’s had several failed relationships within the past year but has spent the interim trying to change, most recently by abstaining from sex.

Miste Roule Ryals also co-stars as Tammy Jones, a makeup artist and fashionista who recently had a miscarriage after falling down a flight of stairs. It resulted in a kind of depression where she refused to be physical with her boyfriend, James, a painter.

Faybien, Greg and Tammy sit down for brunch and tell each other what’s happened to them in the past month. Each tells his or her story one after the other. First is Tammy. Then, it’s Greg and last is Faybien. Each story involves a character making a decision about a person whom they’re dating or have dated. Written and directed by Roger S. Omeus, Jr., the stories from the three contain his usual style of humor, juvenile banter, in-your-face, loud, Jerry Springer-inspired confrontations or Real Housewives of Atlanta-level of shade-throwing. 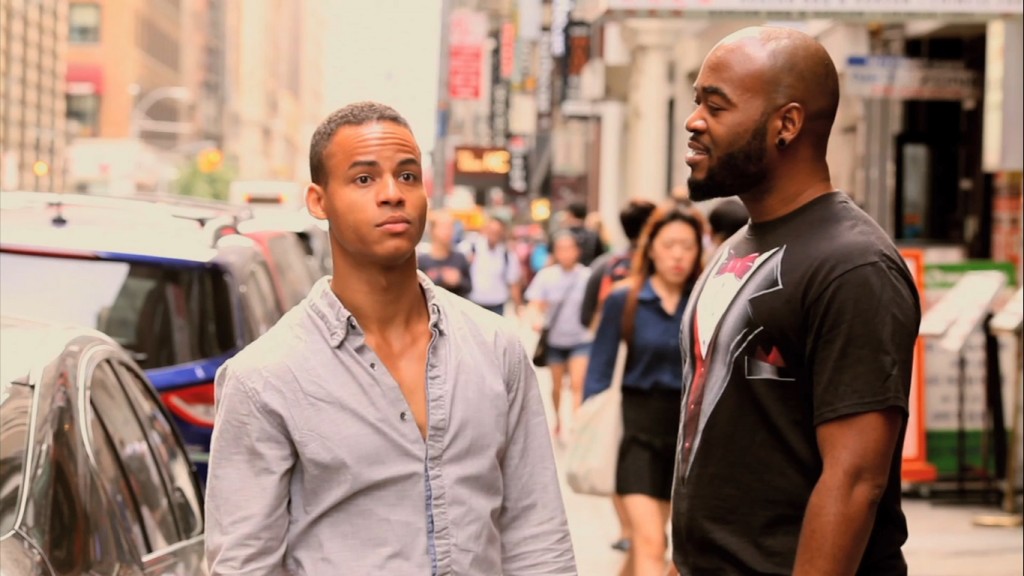 The one exception is a comedic sequence involving Mark St. Cyr (pictured above on left). He plays Paul, the ditzy drug-addict or just perpetually stoned, former roommate of Greg’s former boyfriend. St. Cyr is by far the funniest thing in the episode. He’s a bit of a goofball, but a real breath of fresh air, which is why St. Cyr needs to be given his own sitcom. Until then, support his own web series The Verge, which is a more serious, romantic drama but St. Cyr is great in that too.

Yet, the purpose of this episode is to put a punctuation mark on some of the idea threads, which Omeus and the series started. Some of the idea threads include expectations and perceptions that people have in relationships, most especially the misperceptions that people have about one another. Two people can be together intimately but yet have completely opposite opinions about what’s happening between them.

It’s certainly the case between Tammy and James, played by Austin Michael Young (pictured below on left). Young gives his best performance since he first appeared in the series, a great performance that began in the previous episode. James finally stood up for himself and this episode had him complete the arc, which tested for both what Tammy and James were willing to accept from their partners. 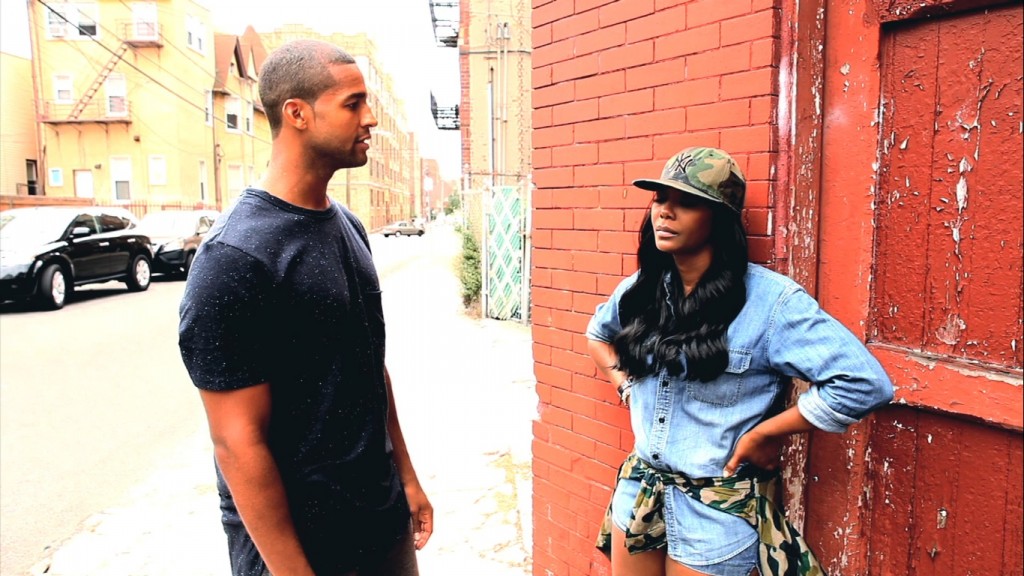 In Greg’s story, he sees the return of his ex-boyfriend Reggie Hunt, played by Eric Joppy, and this tale is also about expectations being awry. Finding Me: Truth established that Reggie was a pre-med student who wanted to be in a monogamous relationship whereas Greg wanted an open one. All that’s happened to Greg within the series has pushed him away from what could be considered fickle or capricious dating habits and pushed him toward a more committed and even long-term relationship.

For Faybien, he sees the return of not one but two ex-boyfriends. One is Lonnie, played by Derrick Briggs (pictured below on left). The second is Jerome, played by Dustin Fredric Ross. Here, Omeus again plays with expectations regarding sex and sexual partners but with Faybien it goes further. Omeus also plays with expectations regarding identity, obviously nodding to the underlying theme hinted by the title. If anything, Faybien’s story gets to the point where it exists to rebuke the identity given to Faybien in the first film, a “P. Y. T.” 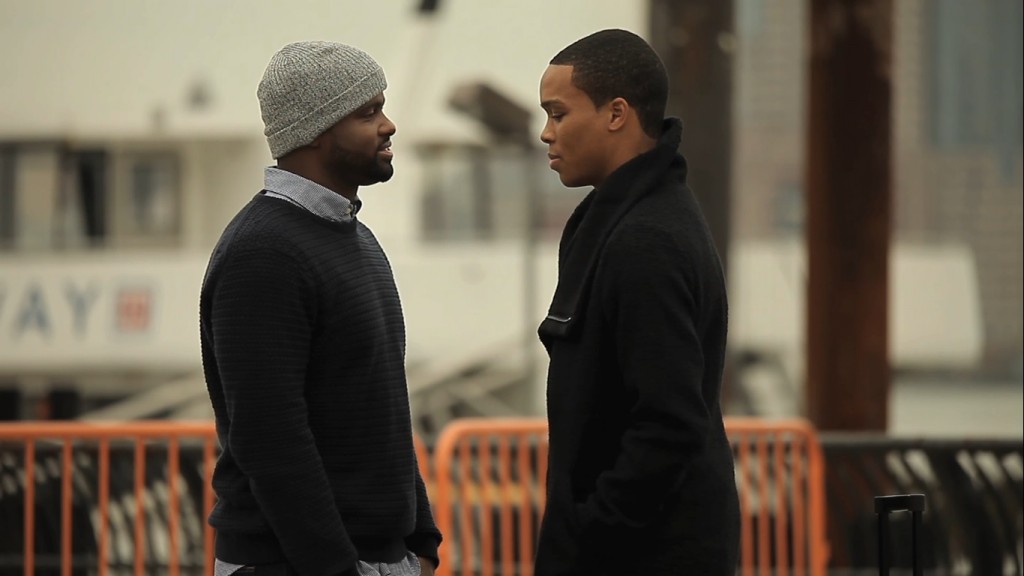 If I had to rank the three stories or segments, Tammy’s story would be number one. It truly is the best. There is a nice nod to the second film, which introduced the character of Tammy. She does something in this episode that mirrors or echoes something she did in that second film. The dialogue in Tammy’s segment is actually the most poignant and fun, and the performances from Ryals and Young are impeccable.

Criticisms start with Greg’s story, which oddly embraces a plot similar to The Hangover (2009). It allows St. Cyr to be really funny, but it makes Greg, a less active character, a passive participant or passenger in a narrative that he should be driving. Things happen to Greg or things are done to him, instead of Greg doing things himself.

The criticisms continue into Faybien’s story. The interplay feels a bit forced. The final revelation is clunky and a bit heavy-handed. Faybien also tosses out some things that aren’t properly addressed.

I interviewed Omeus about this finale and that article can be read on DelmarvaLife.com.

To check out the finale to Finding Me the Series, go to OmeProTV.com. 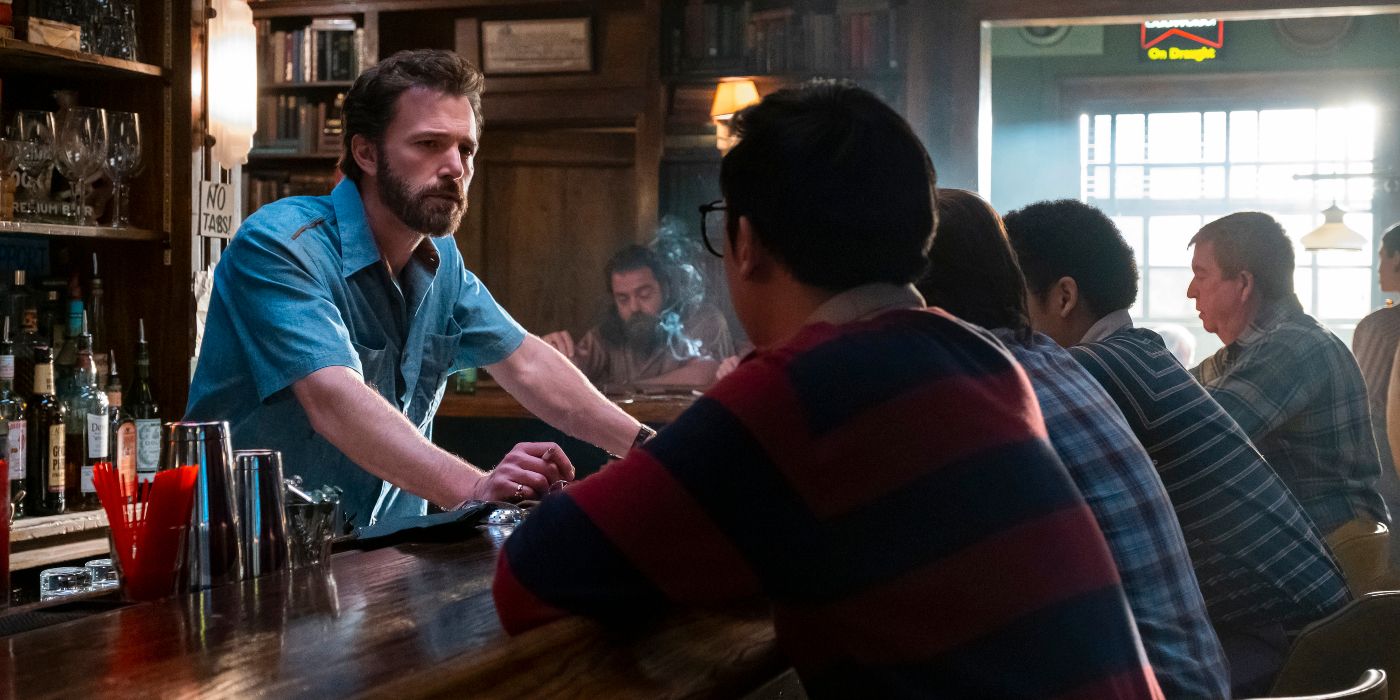 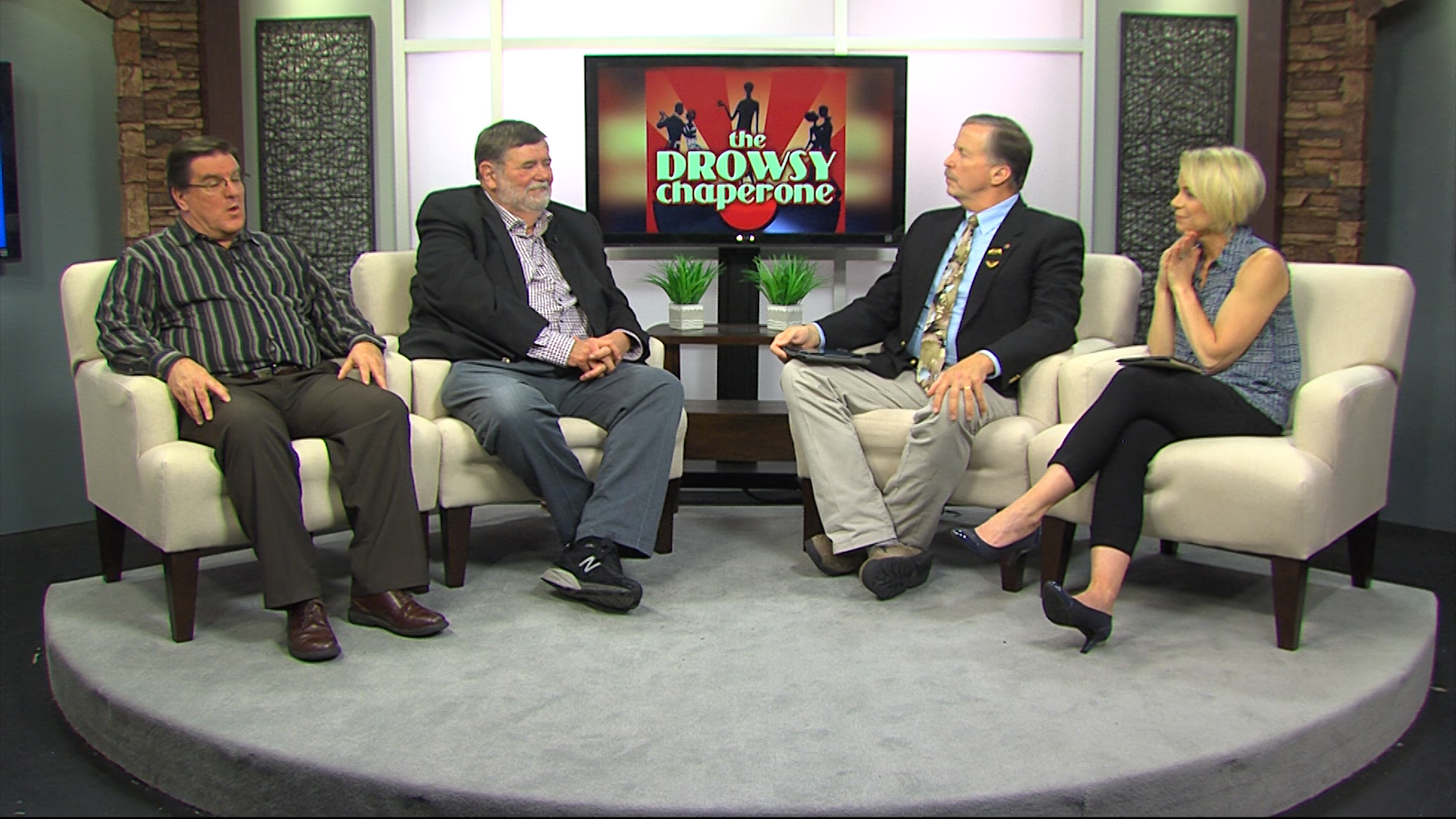 Today on DelmarvaLife – How about a day of fishing[...] 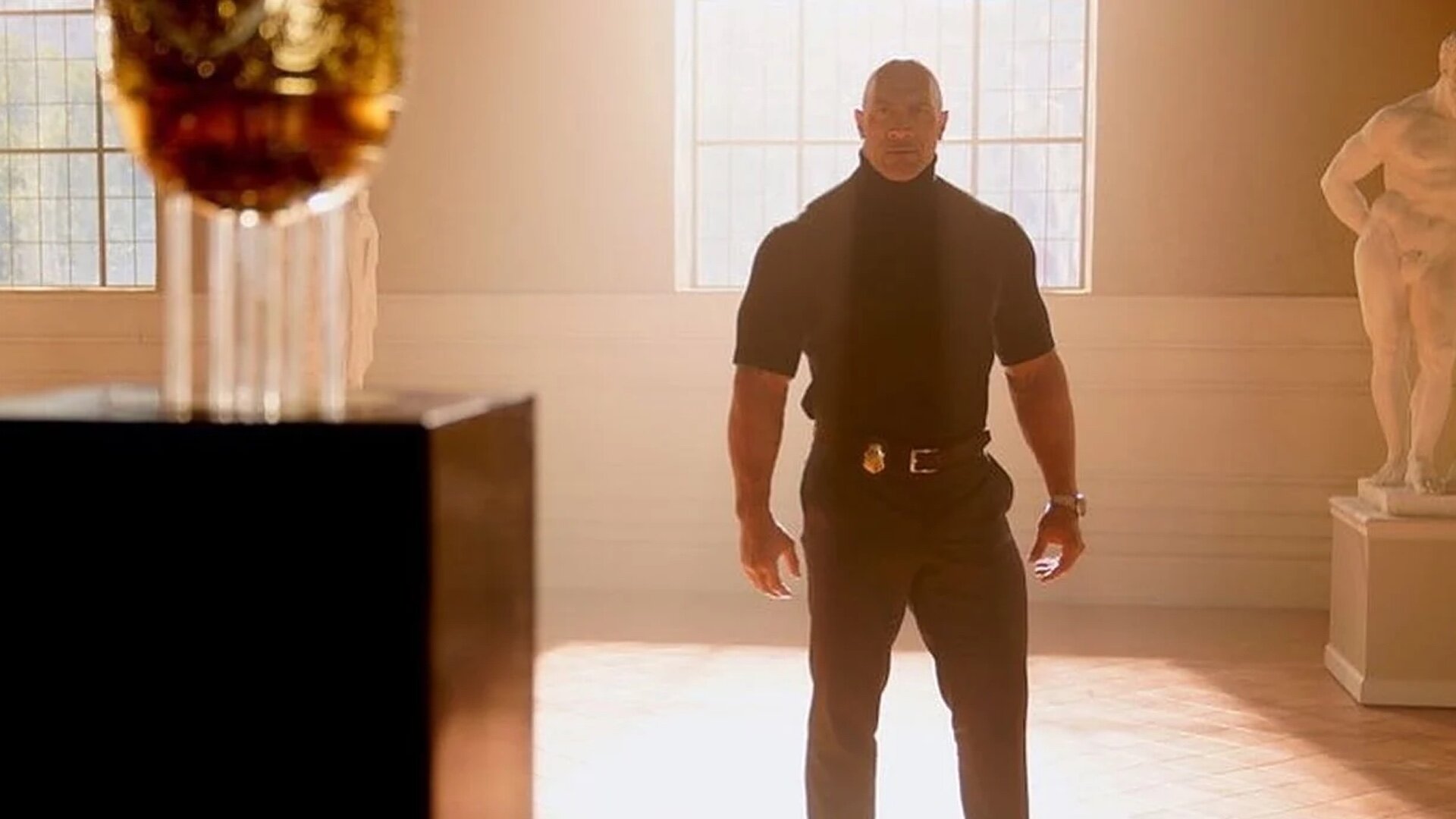