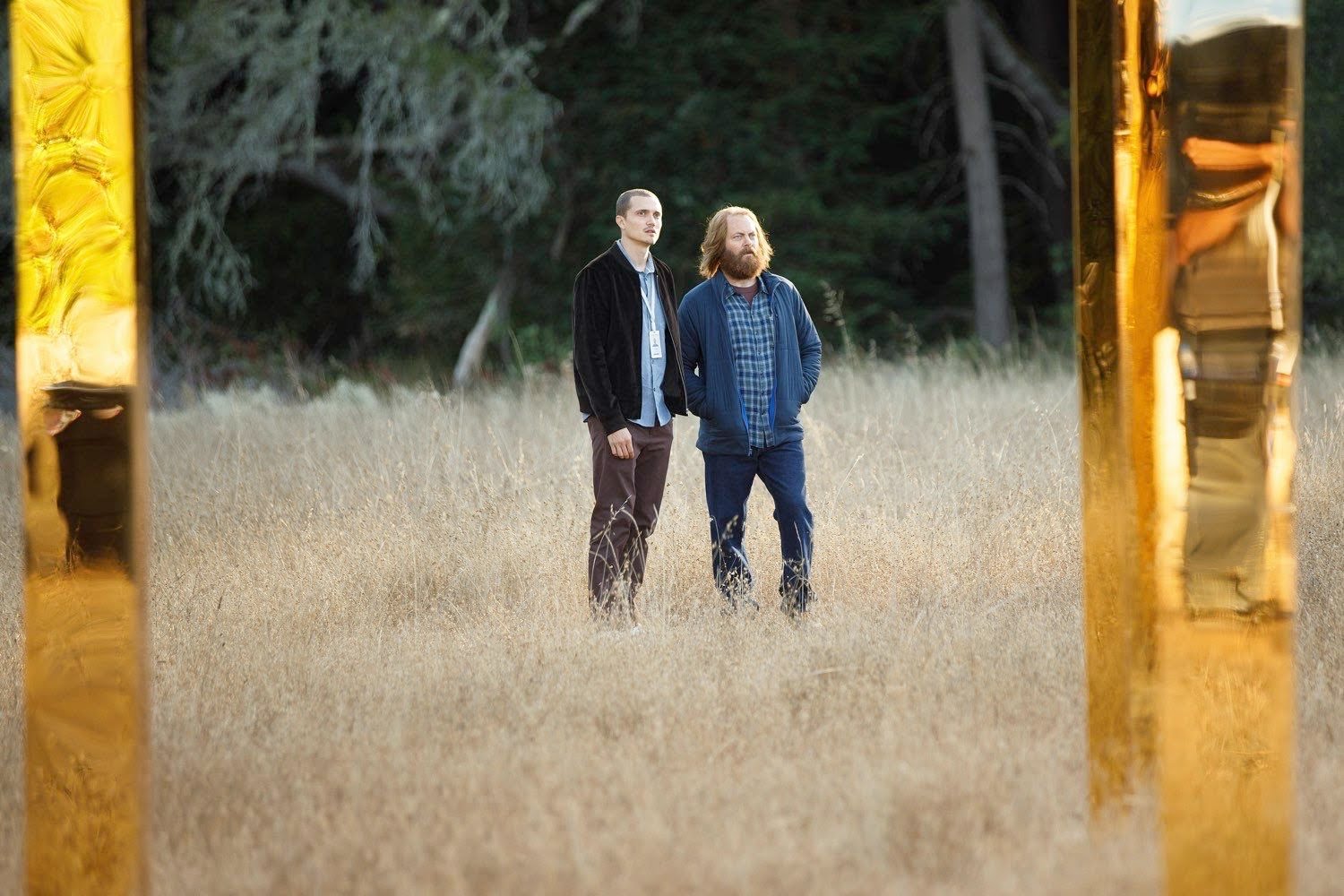 May 11, 2020 Posted by Marlon Wallace DelmarvaLife, The M Report

Alex Garland is an Oscar-nominated writer for his film Ex Machina (2014). It was a highly acclaimed, science fiction film about robotic technology. Garland has also written highly acclaimed, sci-fi like Never Let Me Go (2010). It’s no surprise that his TV series, which he wrote and directed every episode, is also science-fiction of the highest order or that aspires for prestigious levels. It’s not sci-fi in the way of Star Wars where action or even visual effects dominate the day. Garland’s sci-fi is more contemplative and intellectual, more in the vein of Stanley Kubrick’s 2001: A Space Odyssey (1968). His work is also in that same tone where it’s more about the potential and possible horror from technology. It’s not Star Trek, which is more about the potential and possible hope from technology. Unlike Ex Machina, this series isn’t necessarily about the technology turning or being used against humanity. It’s more about what the technology means philosophically and psychologically on a grander scale and how the implications of that technology would cause people to react. It’s also about man’s ego when it comes to his creation of technology and how man sometimes uses technology to play God.

Putting aside the philosophical and psychological questions that this series poses or invokes, this series could be described at least initially or compared to spy movies or spy TV shows. In fact, the first half of this series is very reminiscent of Tom Rob Smith’s London Spy (2015). That BBC program was about a couple in love. When one of the couple dies in a mysterious fashion, his death reveals that he was actually a spy who had knowledge of a technology that had predictive elements to it. However, the one of the couple left alive is then targeted, even accused of crimes himself in order to be discredited. This is essentially the plot that Garland incorporates here. 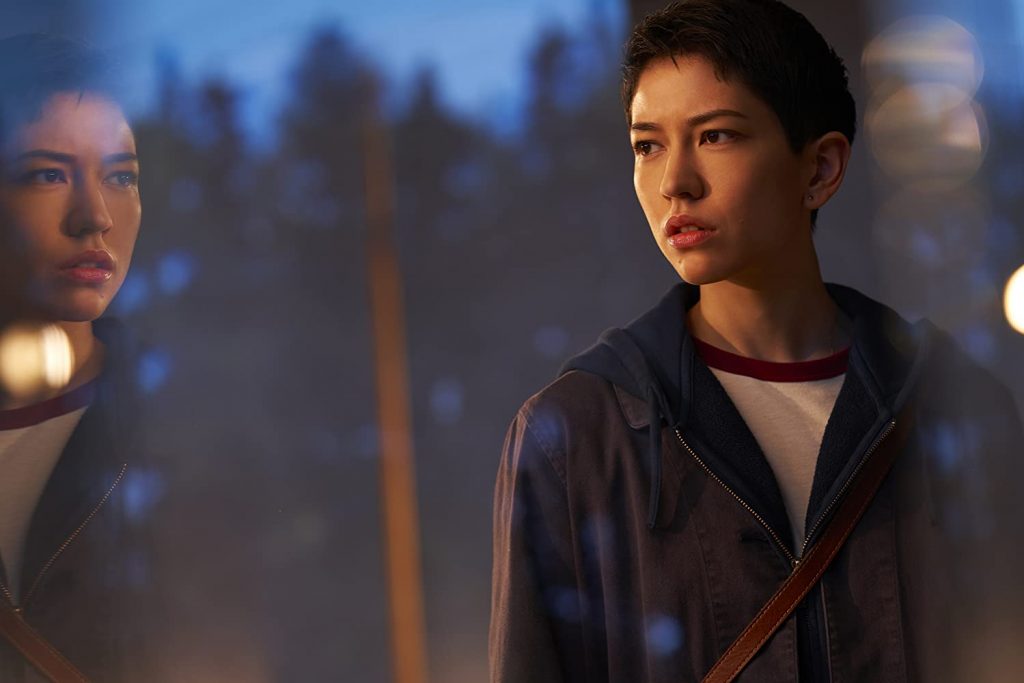 Sonoya Mizuno (Crazy Rich Asians and Ex Machina) stars as Lily Chan, an employee at a tech company called Amaya in San Francisco. She’s dating a fellow employee named Sergei, played by Karl Glusman. When Sergei dies, his death reveals that he was actually a Russian spy who had knowledge of the predictive technology being secretly developed at Amaya. He was killed trying to steal it. The company tries to cover up Sergei’s death. When Lily tries to learn the truth, she’s then targeted, accused of crimes herself in order to be discredited.

The main difference between this series and London Spy is that London Spy tackled the issue of homophobia in an interesting way and in a more specific way. This series isn’t tackling one issue in a specific enough way or in a way that makes us feel the emotion of it. London Spy is more of a character study that really makes us feel what the protagonist is feeling and experiencing. There’s more of a warmth to it. Garland’s series is colder and more removed, more sterile. With the exception of one character, most of the people here talk and act like robots, which is ironic, given that Garland is known mostly for Ex Machina, which is about robots. 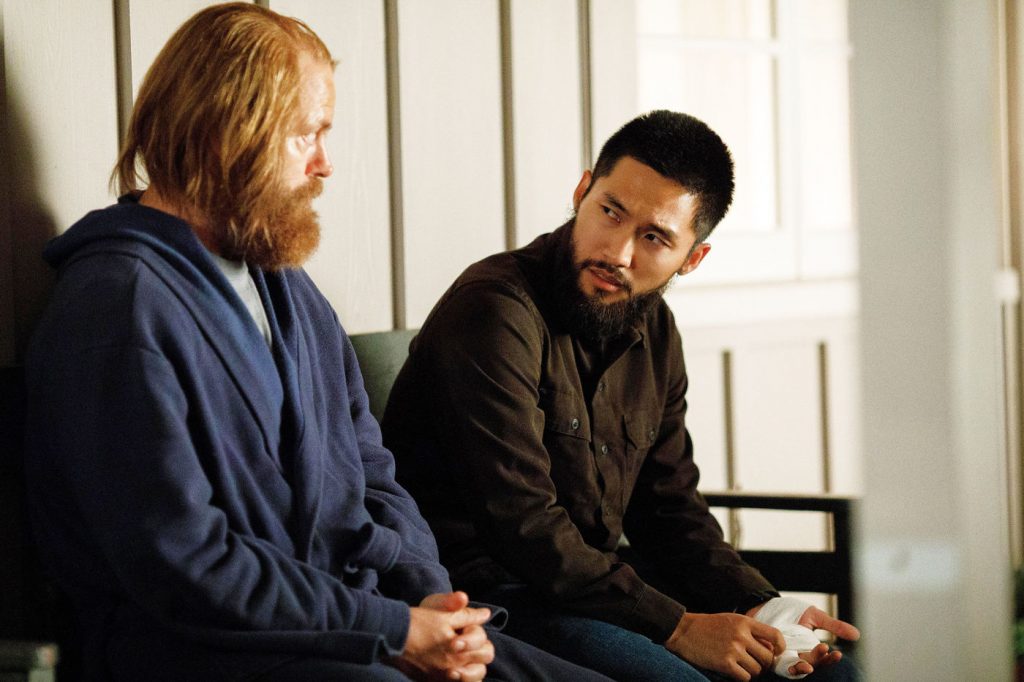 Jin Ha (Jesus Christ Superstar Live in Concert) co-stars as Jamie, a guy who works at a security firm and knows a bit about tech as well. He was the previous boyfriend of Lily, before Sergei. Jamie hasn’t really moved on from his breakup with Lily, which doesn’t seem to be that long ago. He’s the aforementioned exception. He doesn’t act like a robot. Ha’s performance brings the most humanity and warmth that is in this series. We come to care about him in a way that we don’t care about anyone else, including Lily.

It’s not to say that Mizuno’s performance as Lily isn’t effective. It’s similar to London Spy in that it’s about her disillusionment from this guy who she thought she loved. Unfortunately, this series isn’t about the kind of discovery and self-discovery that London Spy had. I feel like I know less about Lily than I do about the protagonist in London Spy. Even though this is a longer series than London Spy, I still feel like I know less about its protagonist. This is probably due to the fact that the series is equally about another character than it is about Lily. 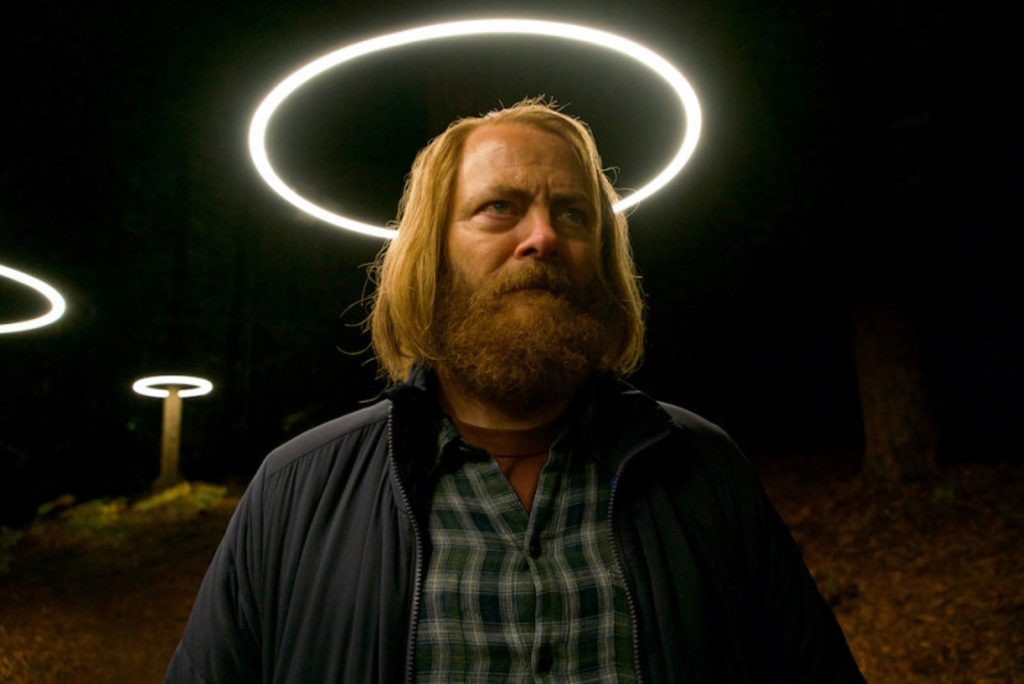 Nick Offerman (Fargo and Parks and Recreation) also stars as Forest, the head or owner of Amaya. He’s developing technology in the field of quantum computing. It’s all about understanding time and space through coding and calculating. However, it’s clear that he’s suffering from some kind of trauma. It’s alleged that that trauma has to do with loss, particularly the loss of his daughter. In fact, his company is named after his daughter. There’s even a statue built in honor of his daughter on the grounds of his company tucked inside a literal forest. That statue though is probably as big as the Statue of Liberty but way creepier. His robot-like behavior could be explained due to this trauma, but that behavior is how everyone behaves, so it’s not effective in terms of helping us understand Forest any better.

After the half-way point, the series abandons the whole spy-movie thing. It then becomes more akin to that Kubrick 1968 classic, but it rather lands closer to being like a Black Mirror episode. Sadly, I don’t think it’s as clever or smart as Garland probably thinks it is. It almost makes me wonder if that’s the point. I wonder if Garland’s point is that these tech people aren’t as smart as they seem. Garland has Lily make almost that exact point in the penultimate episode. If the series had ended at a certain point in the finale, I would’ve thought the series was making that point, but yet the finale has a third act that muddles that point completely. 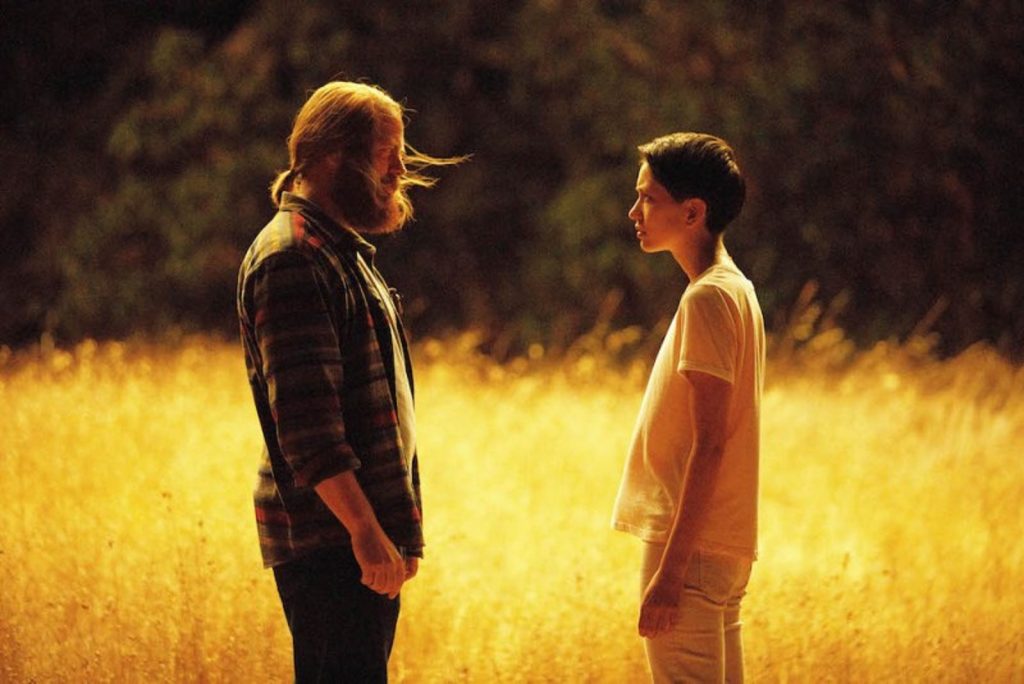 In Episode 6, Lily learns that Forest has created a machine called Devs, which is designed to be able to predict the future and the past. It creates a visualization or exact simulation of either events in the past or even the future. Lily is told that sometime in the near future, she will come to Devs, a place she’s never been before and she will do something that will cause Devs to be not able to predict the future any more. She says that she doesn’t believe it. Alison Pill (Star Trek: Picard and The Newsroom) who plays Katie, a scientist at Amaya, tells her that basically there is no free will. There’s only determinism or that basically the timeline is fixed and you cannot make choices to change it.

Lily doesn’t believe this theory or that Devs can predict the future in a way that cannot be changed. When Katie tells her she’s going to go to Devs no matter what, Lily says that she’ll drive to Mexico instead. Obviously, Lily is going to do something to defy the Devs’ future prediction. It builds to a thrilling moment where she is shown what the Devs’ prediction is and then she undermines it. However, there are several things about it that don’t make sense.

First of all, Forest and Katie both say that they’ve seen Devs’ future prediction. They’ve seen it several times. They believe that it can’t be changed, but it’s never clear why they think that and if they’ve tried to change things. In a TV series like Lost, the fifth season is all about time travel and the characters trying to change the future. The characters know what will happen. They try to change it and fail, but that’s not the case here. Forest and Katie know the future and do nothing to change it, nothing that we see, and it doesn’t make any sense to me why they wouldn’t. 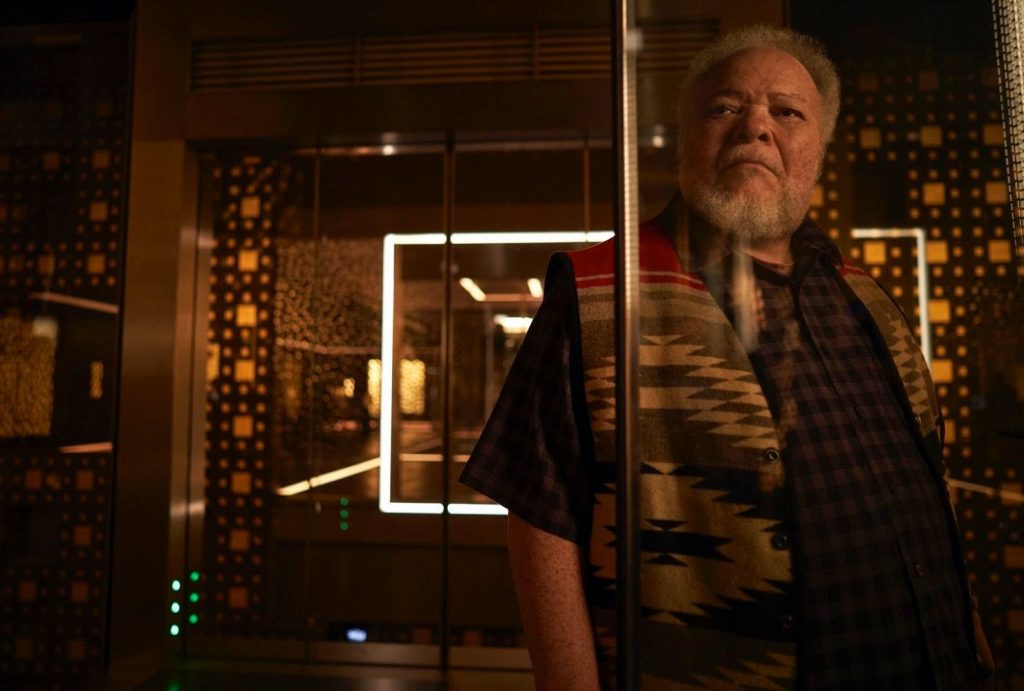 Stephen McKinley Henderson (Fences and Lady Bird) plays Stewart, another scientist working on Devs. He’s given this whole angle about stopping Devs. It’s not clear if he’s seen the same future prediction that Forest and Katie see about Lily, but he makes a move at the end to stop Devs. Yet, his move to do so doesn’t work and there’s no acknowledgment of that. His move is supposed to be some great climactic act, but it’s undermined almost immediately after and there’s no recognition of it.

The final scene is again the most Black Mirror thing, but it feels so unearned. It also goes against what Devs as a piece of technology is supposed to do. It all of a sudden gives Devs an ability that wasn’t considered before and I’m not sure why. 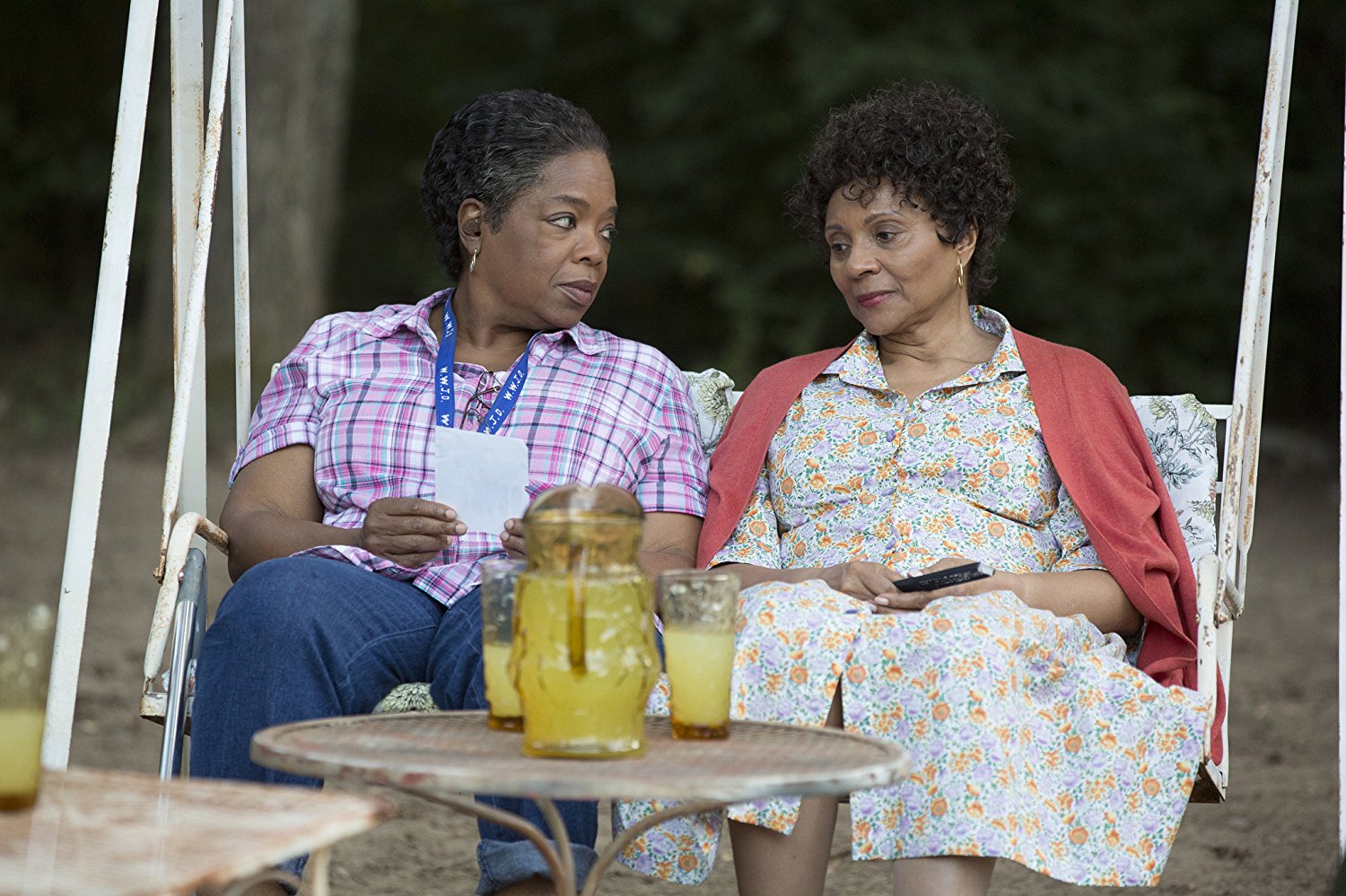 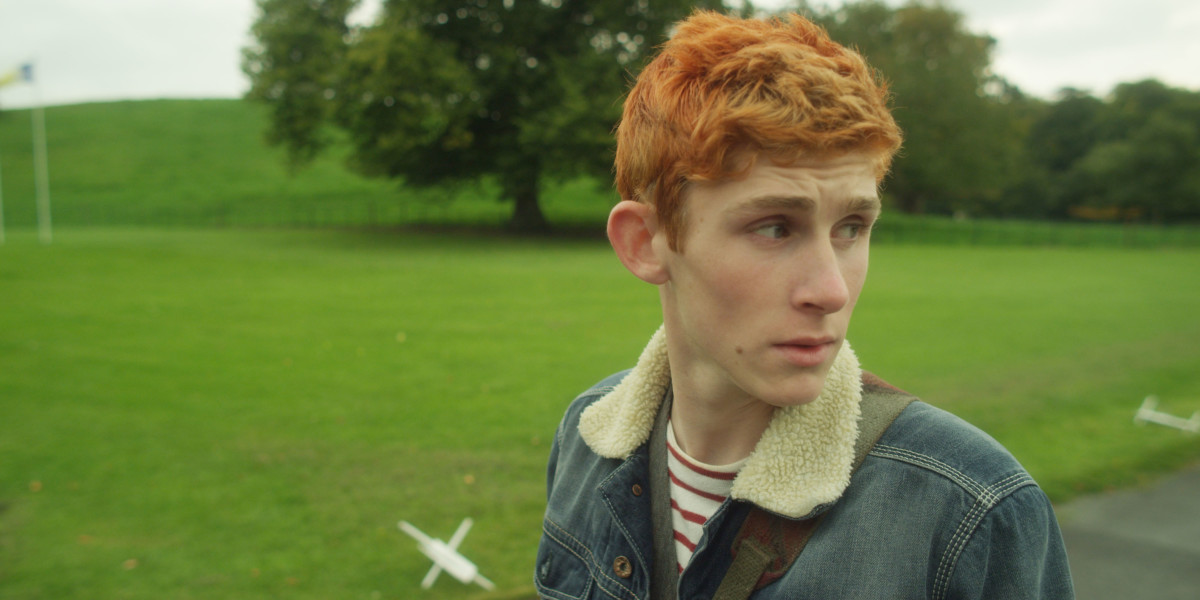 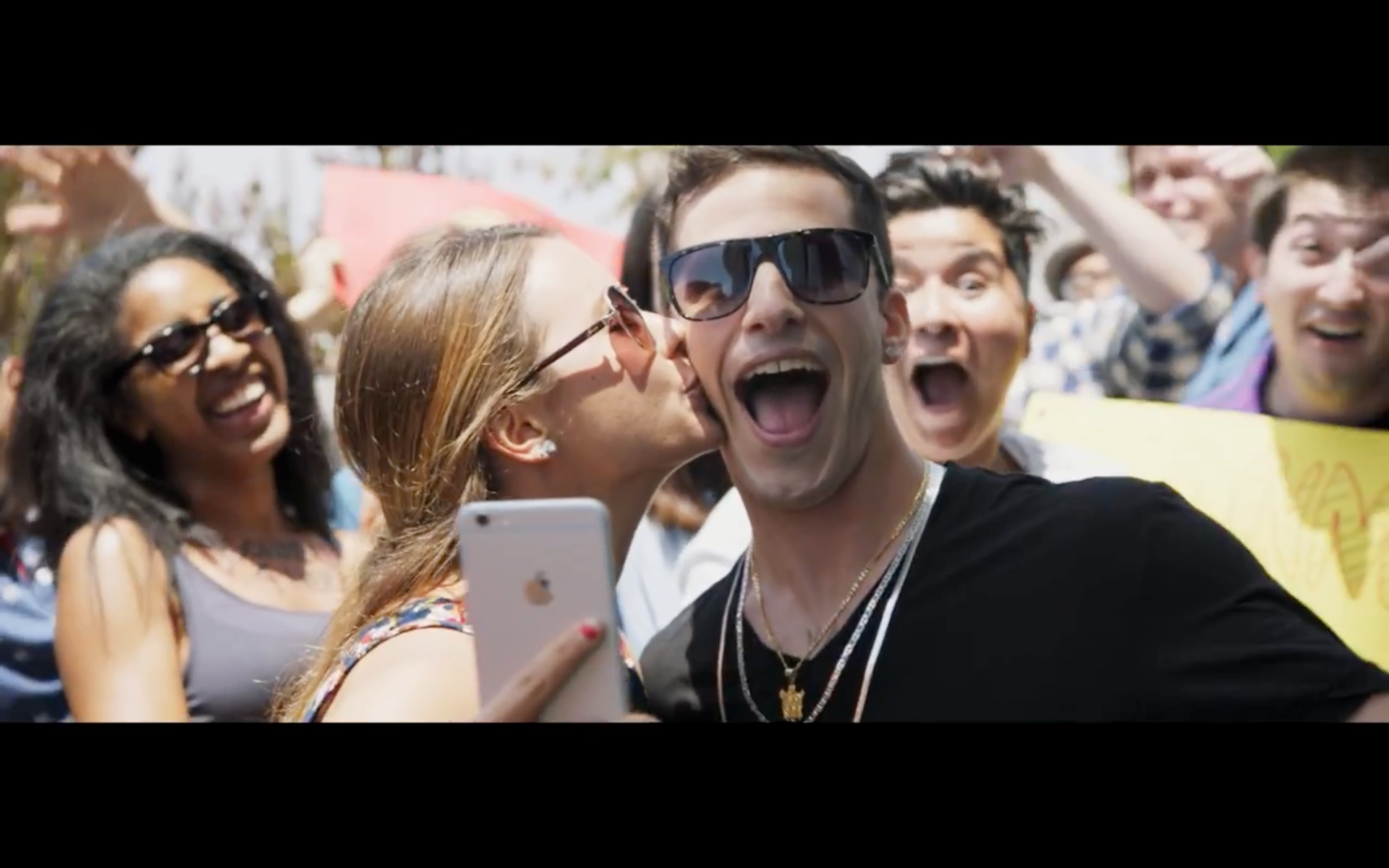 Andy Samberg is loud and obnoxious, and it’s not[...]