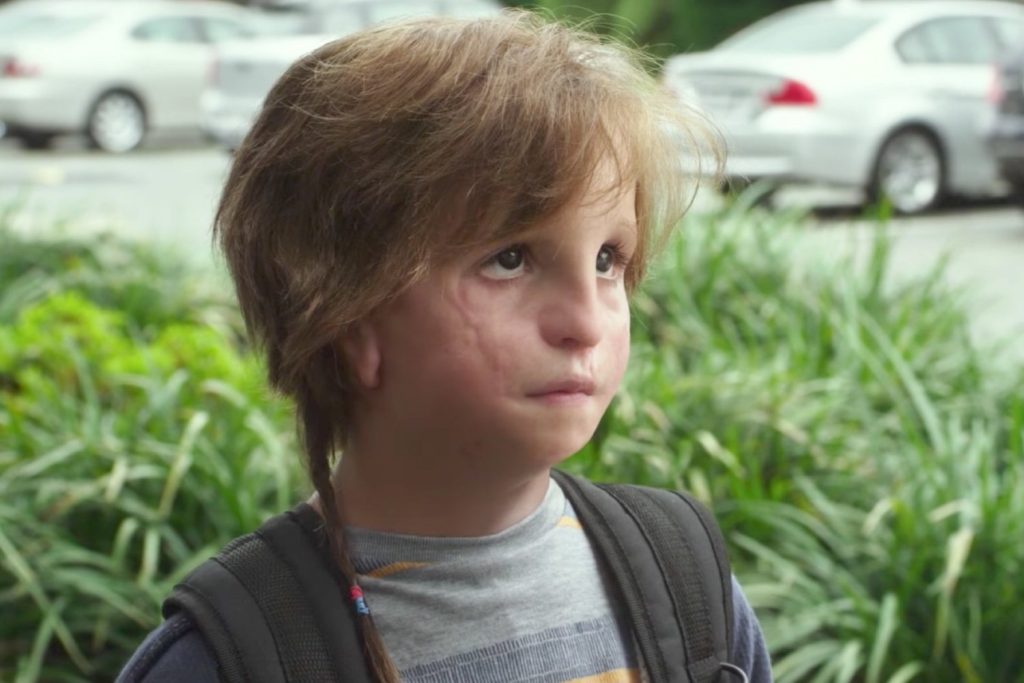 The difference between this and something like Carrie or Welcome to the Dollhouse is the bullying never arises to physical assaults. Based on the novel by R. J. Palacio, the story is about how people ignore the person with some kind of difference. That idea runs like a theme through this narrative. The major crime committed mostly is ignoring people either actively or unconsciously. It makes the risk less about danger and more about depression. The movie does throw in a physical attack toward the end but it feels like it comes out of nowhere as to prove to some random kid strength or courage. Yet, the physical attack feels totally tacked on without proper development.

Jacob Tremblay (Room and The Book of Henry) stars as August Pullman aka Auggie, a 10-year-old boy who had birth defects on his face, which required 27 surgeries. His face now is very puffy, scarred and a little off, but it’s not as bad as John Merrick in The Elephant Man or Rocky Dennis in Mask, but in the grand scheme he could look worse and some childhood burn victims, for example, do. Yet, if Auggie looked worse that might engender more sympathy than the movie initially wants. If Auggie were a burn victim, that also might force the film to deal with a level of trauma it would rather soon avoid.

Directed and co-written by Stephen Chbosky (The Perks of Being a Wallflower), this movie stays somewhat light. Yes, Chbosky would rather avoid the kind of heaviness that a trauma like Auggie being burned would bring. This is fine. It’s also good that this film deals with the bigotry and discrimination against people with facial deformities or facial scars, but this movie is set in the present and in New York City, so it’s odd that it doesn’t take advantage of that present NYC. 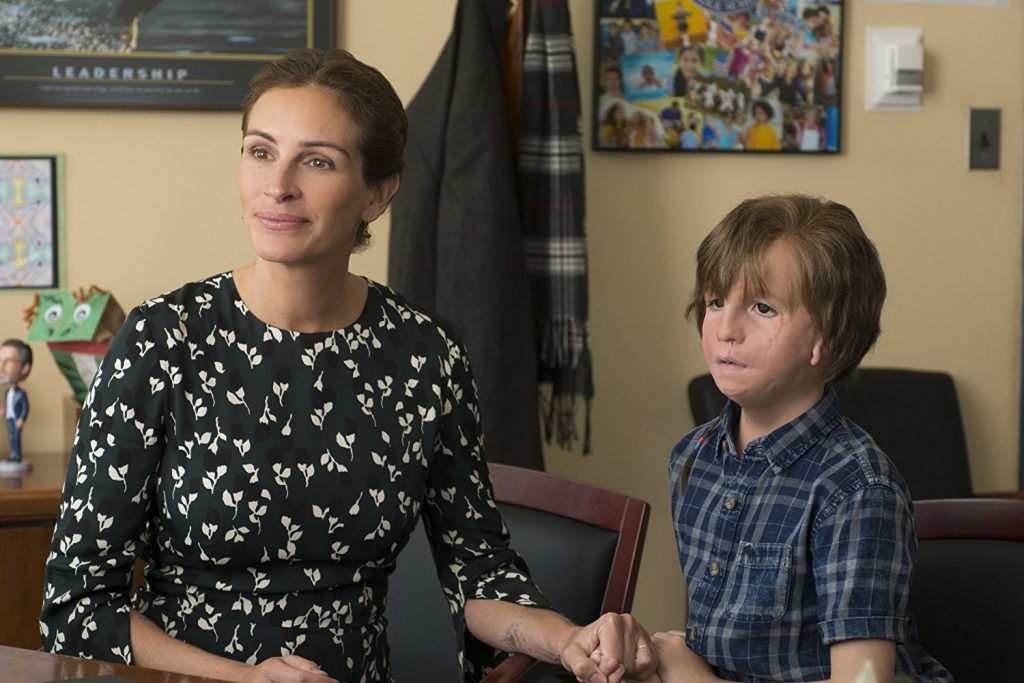 The key problem is if Auggie will have friends or not. His mom, Isabel, played by Oscar-winner Julia Roberts (Erin Brockovich and Pretty Woman), and his father, Nate, played by Oscar-nominee Owen Wilson (The Royal Tenenbaums and Midnight in Paris), want him to attend a prep school in Brookyln, so that he can be around regular kids. Up until then, Isabel had home-schooled Auggie.

However, Isabel is worried Auggie will be bullied or shunned and not make friends, but it seems odd that at no point does the Internet come up. It seems odd that Isabel or even Auggie himself wouldn’t have used the Internet or social media to help Auggie make friends or connect him with people who are going through the same thing or who understand his circumstance better. Auggie can’t be the only boy in NYC at his age with his condition. This film would suggest though that he is the only boy in NYC with facial scars.

Even if Isabel and Nate wanted Auggie to deal with and try to befriend regular kids, it still seems odd that when things don’t go well that they or even Auggie himself wouldn’t use the Internet. It’s also odd in this present-day NYC setting that other children dealing with racial, gender or sexuality issues wouldn’t arise. In this version of NYC, apparently there are no gay people, so there are no people, according to this movie, who can directly relate to Auggie’s situation. It’s odd. 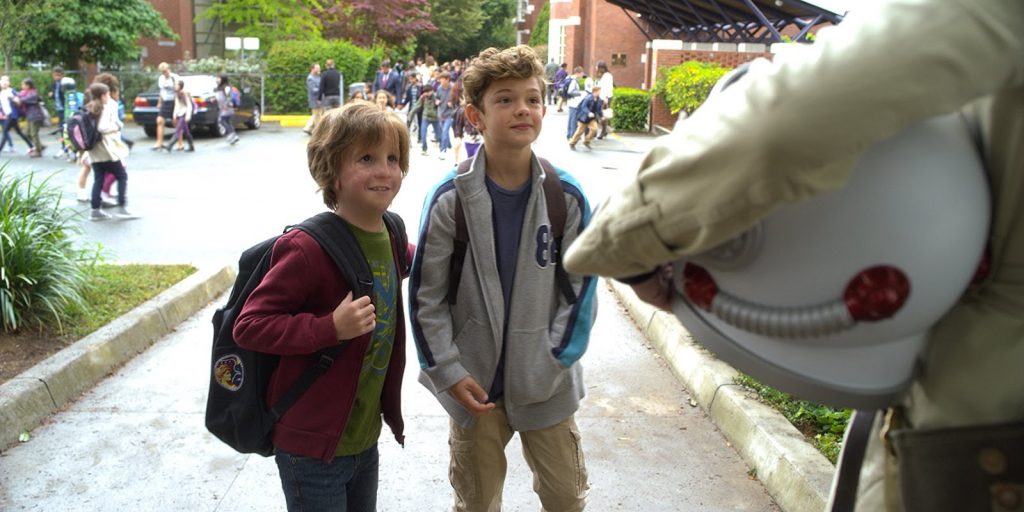 Noah Jupe (Suburbicon) plays Jack Will and Bryce Gheisar (A Dog’s Purpose) plays Julian. Both Jack and Julian are the two boys with whom Auggie interacts the most. The movie manages to flesh them out very well so that we have a good idea where each comes from. Yet, none of them are dealing with similarly isolating issues. It’s implied that Jack comes from a poorer background and is trying to fit in with the wealthier kids like Julian, but that’s not underlined as much as it isn’t directly confessed to Auggie.

Millie Davis (Orphan Black) plays Summer, a pretty little black girl who befriends a skeptical Auggie. She doesn’t communicate any racial issues that she faces, which is fine, but what made Welcome to the Dollhouse effective is that it showed that it wasn’t just one kid being bullied. Here, Auggie is the only one harassed, so it makes him seem more special than he probably is.

Rated PG for moments of bullying and some mild language.
Running Time: 1 hr. and 53 mins. 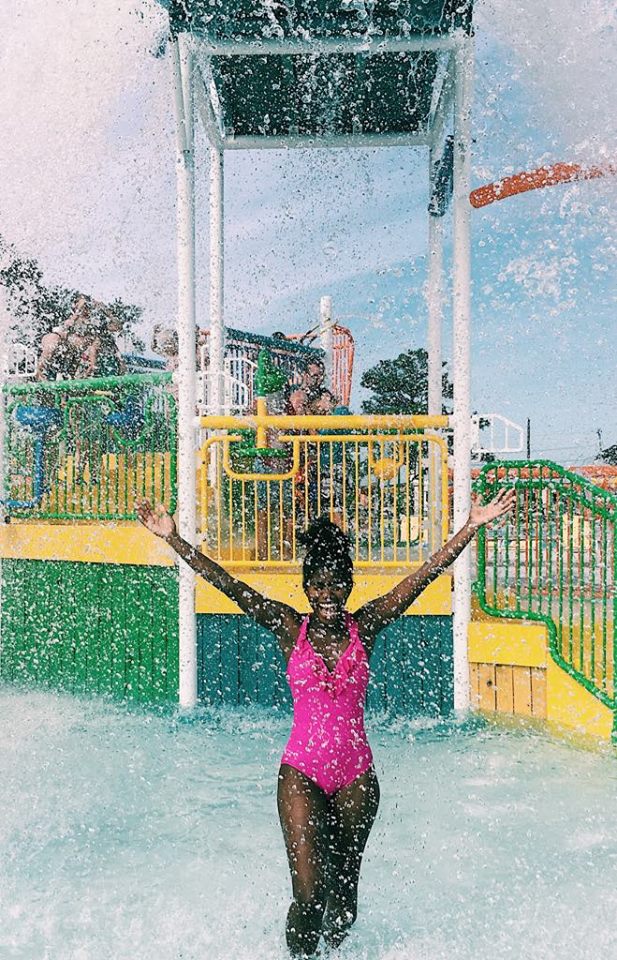 It may be August but Summer isn't over! DelmarvaLife's Sydney[...] 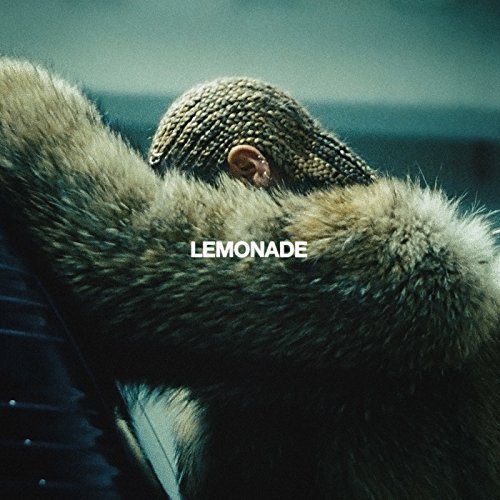 January has been a time of reflection. There was[...]