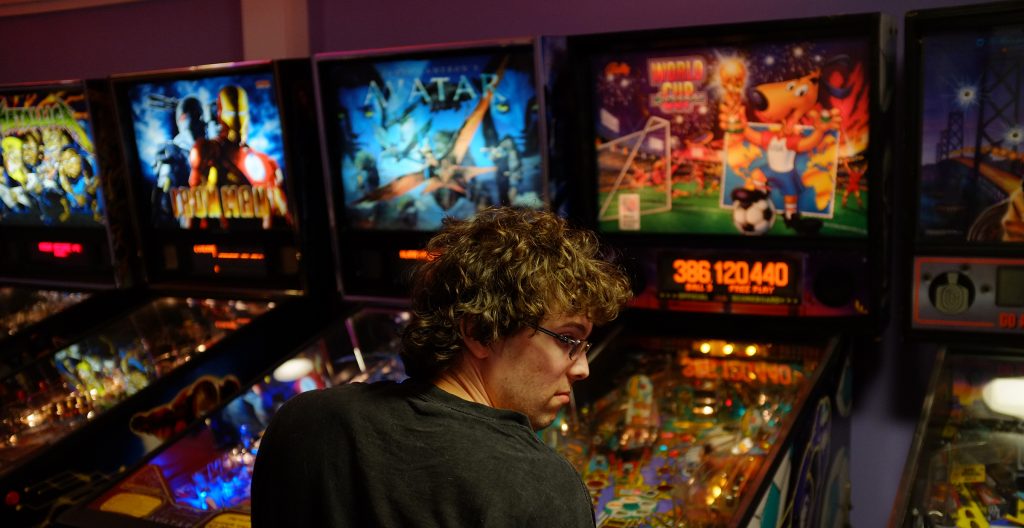 There have been quite a few films from Hollywood about autism. From Rain Man (1988) and What’s Eating Gilbert Grape (1993) to Forrest Gump (1994) and The Story of Luke (2012), there’s plenty of cinema on the topic going back at least 30 years. Autism Speaks, the advocacy group, has even listed several documentaries on the issue. When it comes to true-life stories on the big screen this year about a young, white man dealing with the disorder as his parents look back and reflect with the help of home movies, this film will no doubt be overshadowed by the Sundance Festival hit Life, Animated. Obvious comparisons to Oscar-winner Roger Ross Williams’ second theatrical feature can be drawn, but, given the other subject matter literally at hand, the better comparison might be to the well-regarded The King of Kong: A Fistful of Quarters (2007) by Seth Gordon.

Both films focus on competitors of arcade games, or rather one competitor in particular. Instead of Donkey Kong, the arcade game in question here is electronic pinball. Both films feature the protagonist’s obsession over said arcade game and go into a rivalry where the goal is to become the highest-ranked player. Gordon’s film was about a rivalry between two men, the opponent being a very obstinate person.

Here, directors Nathan Drillot and Jeff Petry, collectively known as Salazar, show that the opponent isn’t always another man. Sometimes, it can be one’s self. Salazar follow Robert Emilio Gagno, a 26-year-old Canadian from British Colombia, who according to the International Flipper Pinball Association or IFPA is one of the top-ranked players in the world. Salazar follows Gagno for over a year as he competes and yes, there are other competitors whom Salazar introduce, but the true opponent or antagonist is Gagno himself, or rather his autism.

For anyone curious about what the title means, Salazar has Gagno explain the title. It’s a term that refers to how a pinball machine works, and yes, there is some understanding of how pinball is played. Design and game strategy aren’t deeply explored. Salazar is side-by-side with Gagno at various competitions, including Pinburgh, California Extreme and Papa 18, but the movie doesn’t talk to any of the other players there about the so-called sport. It’s only Gagno and his parents from whom we ever hear, and they just focus on feelings and reactions.

In other words, one doesn’t have to be a fan of pinball to watch this movie. It’s more a character study of a young man with autism. The parents identify the warning signs and initial symptoms. They also go into their difficulty and frustrations. Like Owen Suskind in Life, Animated with Disney movies, it’s intimated that pinball was a way to help Gagno cope with his mental disability. That’s not explicitly said. Gagno wasn’t as non-communicative as Suskind, but it’s hinted that pinball was a key for Gagno in some way. 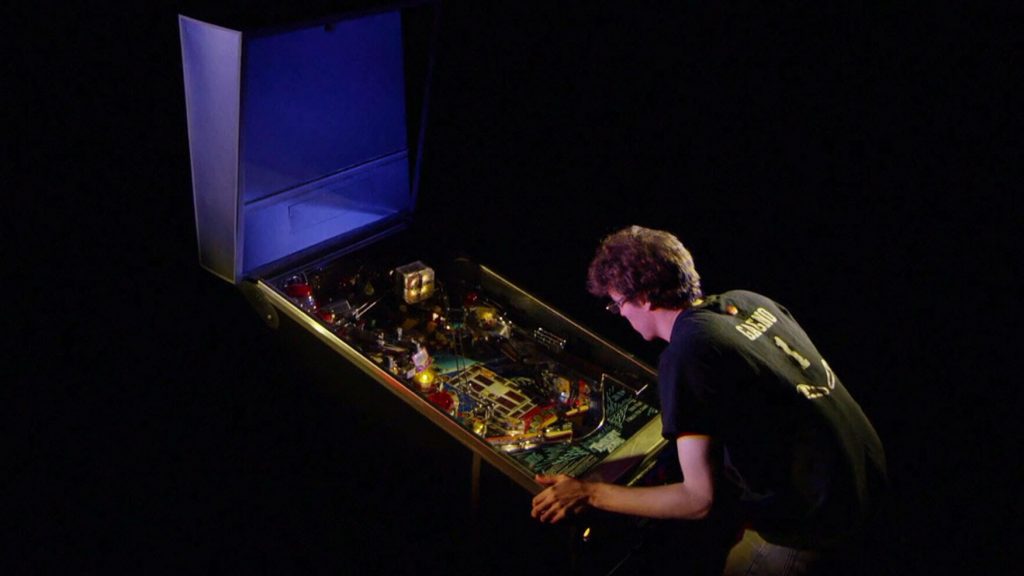 Gagno is in his mid-twenties and he still lives at home with his parents, but that’s not much different from a lot of millenials or Generation X or Y members. Gagno has the awareness to know his mindset and behavior is that of a child or teenager. We see his father have to teach him basic things, but we also see Gagno do research and retain scientific knowledge.

There isn’t much that delves into Gagno when he was in school and defining his limits or boundaries. The movie shows Gagno looking for a job, and it’s played as if it’s his first time and there’s no explanation if he’s tried before and what his obstacles were. Gagno expresses that his parents’ anxieties or worries have been holding him back, but his parents are great and encouraging.

A mini-arc shows Gagno achieving independence from his parents. It would be interesting to see Gagno ten years from now. He might not even seem like a person with autism. He might just seem like a geek, a very sweet and technically minded guy.

Four Stars out of Five.
Not Rated but for general audiences.
Running Time: 1 hr. and 38 mins.

Premiered at Hot Docs in Toronto.
Playing at the 2016 Portland Film Festival as the Opening Night Film.
Available also on Vimeo as a Vimeo Original.

For a preview of more films at PDXFF16, go to The M Report on DelmarvaLife.

For more information about this film, go to http://www.wizardmodefilm.com/