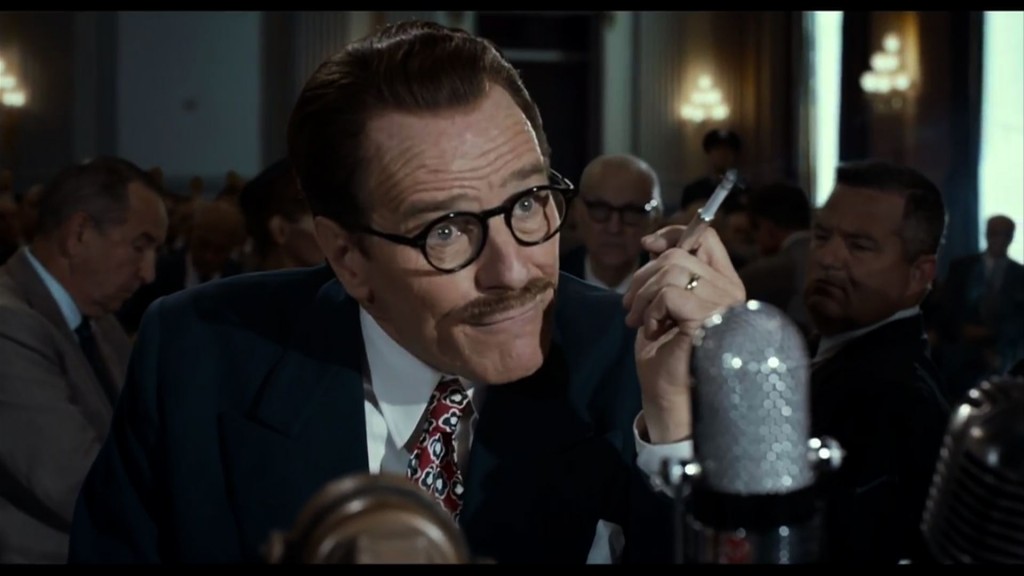 Nominated for Best Actor at the 88th Academy Awards, Bryan Cranston stars as legendary and infamous screenwriter Dalton Trumbo. Cranston is a multiple Emmy-winner for Breaking Bad and probably rides that acclaim into the Oscars, but his character nicely anchors what I consider to be one of the top five comedies of 2015. It follows about 15 years of Trumbo’s life from 1947 to 1961 during the time the Hollywood scribe was blacklisted.

World War II had just ended and the country was entering the Cold War and the Red Scare. The USSR and Communist countries were enemies or rivals of the United States. Yet, prior to the Cold War, there was a Communist Party in the USA. It was simply called the CPUSA. Dalton and a lot of other people in Hollywood, other writers and even actors, were members of the CPUSA.

However, there were others in Hollywood who were more right-wing and who were highly opposed to Communism or any hint of it. Those right-wing types worked with Republicans or politicians to block the CPUSA from working and getting jobs in Hollywood, even as far as putting them in prison. The CPUSA members or even friends of CPUSA members who were blocked from getting jobs were part of a blacklist. The most famous of those blacklisted were called “The Hollywood Ten.” Dalton Trumbo was one of those ten. 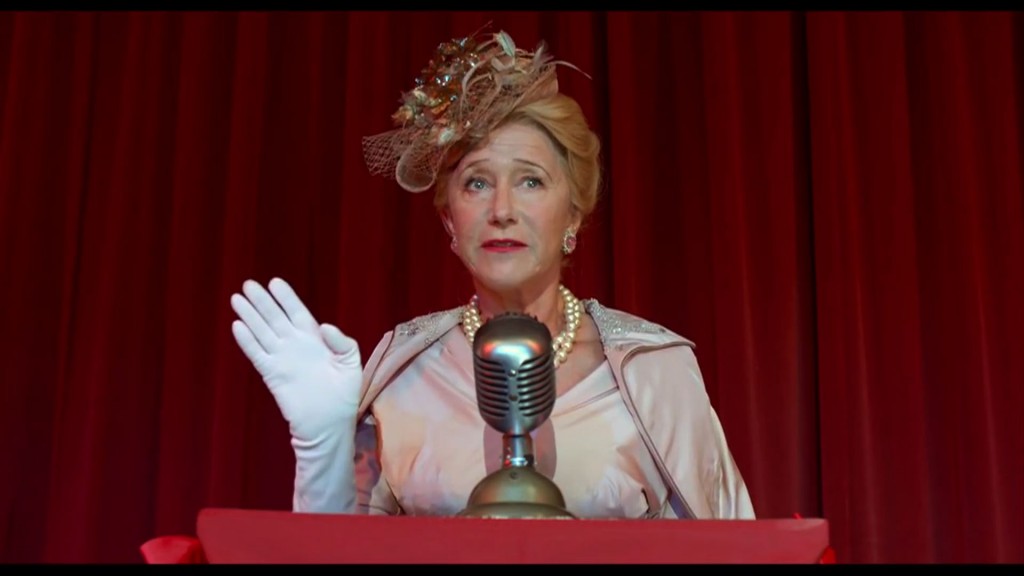 Helen Mirren (The Queen and Red) co-stars as Hedda Hopper, an actress who had her own radio program, which gave her a platform to express her opinions. Her opinions in that case were against Dalton and in-line with the Republicans. She helped with blacklisting people, essentially ruining their lives. She’s the villain here and Mirren is delicious at it.

A lot of this film could be dismissed as a by-the-numbers biopic. Yet, the script by John McNamara, based on a book by Bruce Cook, is fueled with so much humor with comedians and comedic actors like Louis C.K., Alan Tudyk and John Goodman, doing a similar thing as in Argo, bolstering the levity and fun. There’s a lot of good jokes as McNamara and consequently director Jay Roach (Austin Powers and Meet the Parents) walks us through this slice of Dalton’s life. 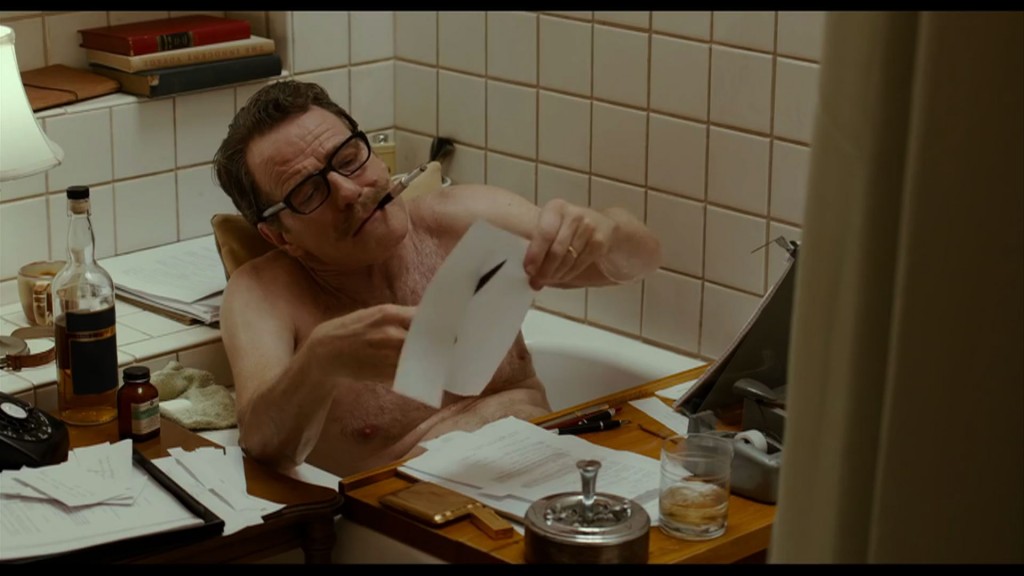 Because the film is about Hollywood during the 1950’s and 60’s, there are Classic and iconic actors who are portrayed. David James Elliott (JAG) plays John Wayne or Duke. Michael Stuhlbarg (Boardwalk Empire) plays Edward G. Robinson or Eddie. Dean O’Gorman (The Hobbit: An Unexpected Journey) plays Kirk Douglas and Christian Berkel (Der Kriminalist) plays Otto Preminger who is probably the most comical of all the impressions here.

I’m not sure what the actual Dalton Trumbo was like, but Cranston’s version is righteous, witty and a little stubborn. When we first encounter him, he’s in defensive mode and we don’t really see him in any other mode. He’s sharp and yet cool at the same time. He does get frustrated and flustered, but usually he’s on the defense. 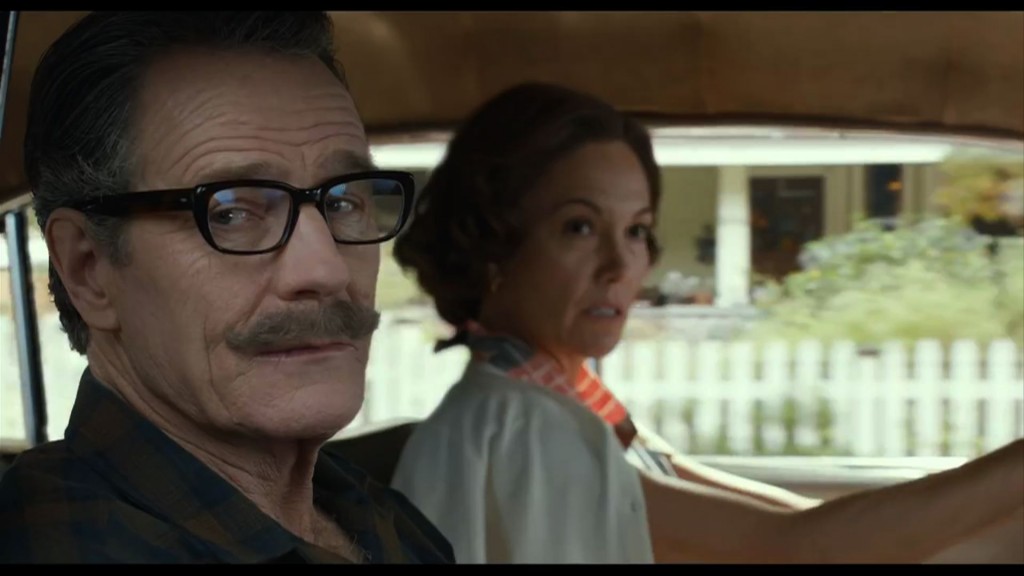 The only exception comes toward the end with Dalton’s family. Diane Lane (Unfaithful and Man of Steel) plays Cleo Trumbo, Dalton’s wife, and Elle Fanning (Somewhere and Super 8) plays Nicola, his daughter. Dalton becomes obsessed with breaking the blacklist and maintaining a career in Hollywood at the expense of spending time, specifically quality time with his family. It provides a good sense of drama for the film, not that it was needed and could be considered heavy-handed, but it did help to fill out the character of Dalton.

Louis C.K. (pictured below) gives a surprisingly dramatic turn as well. There’s enough there between his character and Dalton to make for a pretty decent conflict. The film is also peppered with tense scenes between Eddie, Duke and Dalton to keep things lively. There’s probably not a lot of insight or nuance here, but I found this film and Cranston highly entertaining. 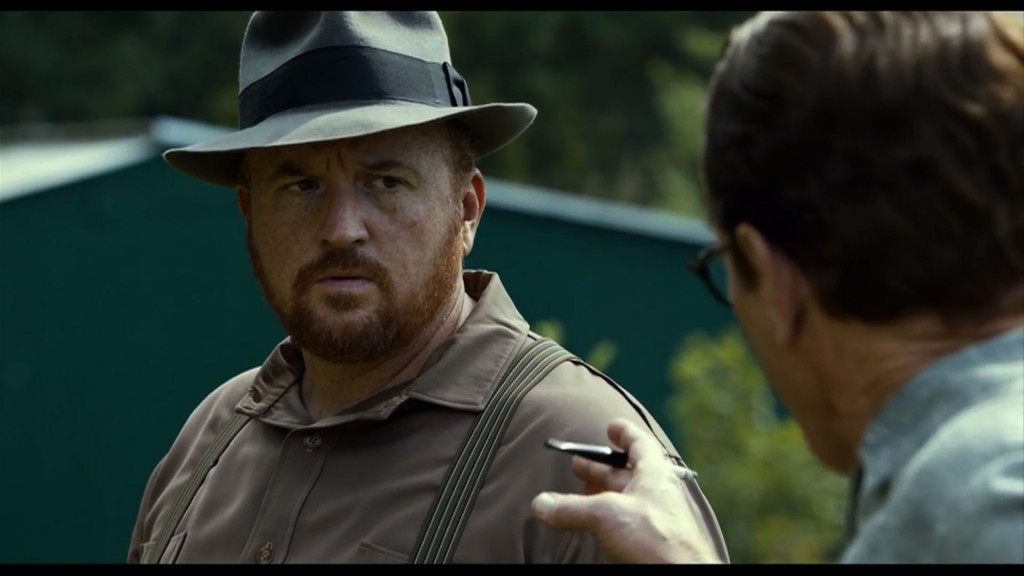 Rated R for language including some sexual references.
Running Time: 2 hrs. and 4 mins.

Playing in select cities, including Ritz at the Bourse in Philadelphia, the Senator Theatre in Baltimore, the AMC Lynnhaven 18 in Virginia Beach and the West End Cinema in Washington, DC.

Available on DVD and Blu Ray on February 16. 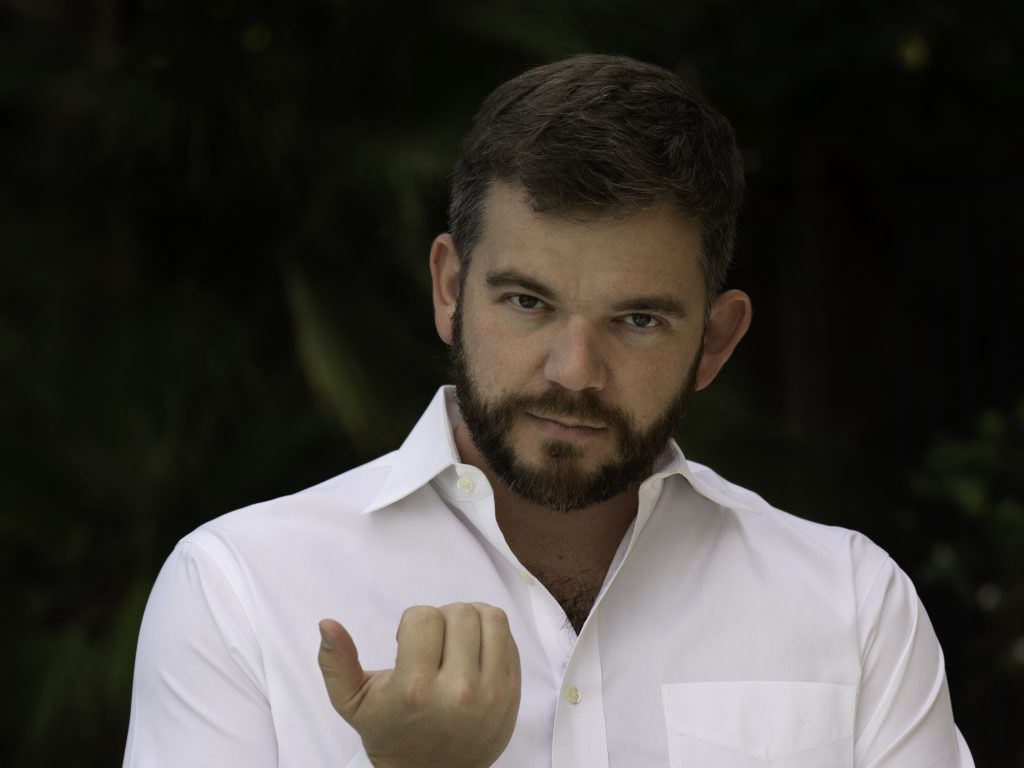 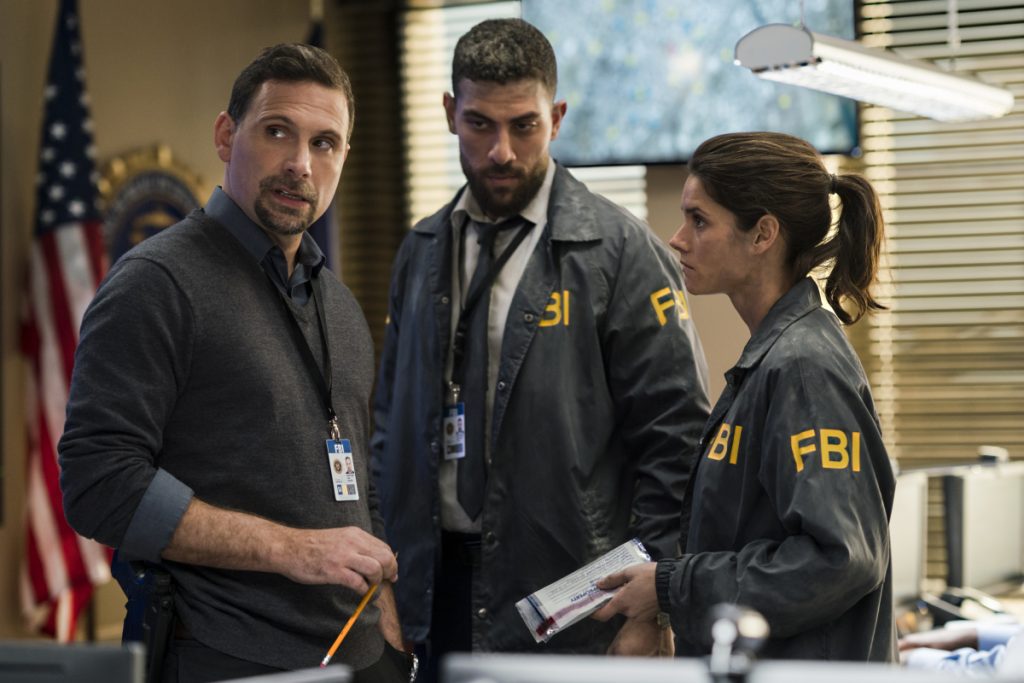 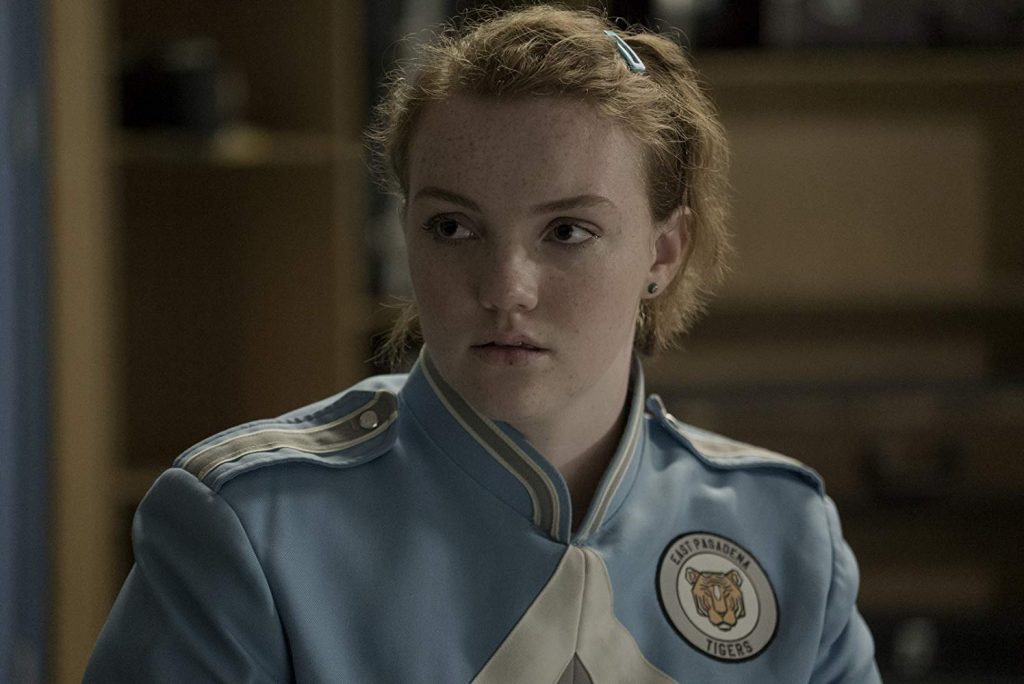