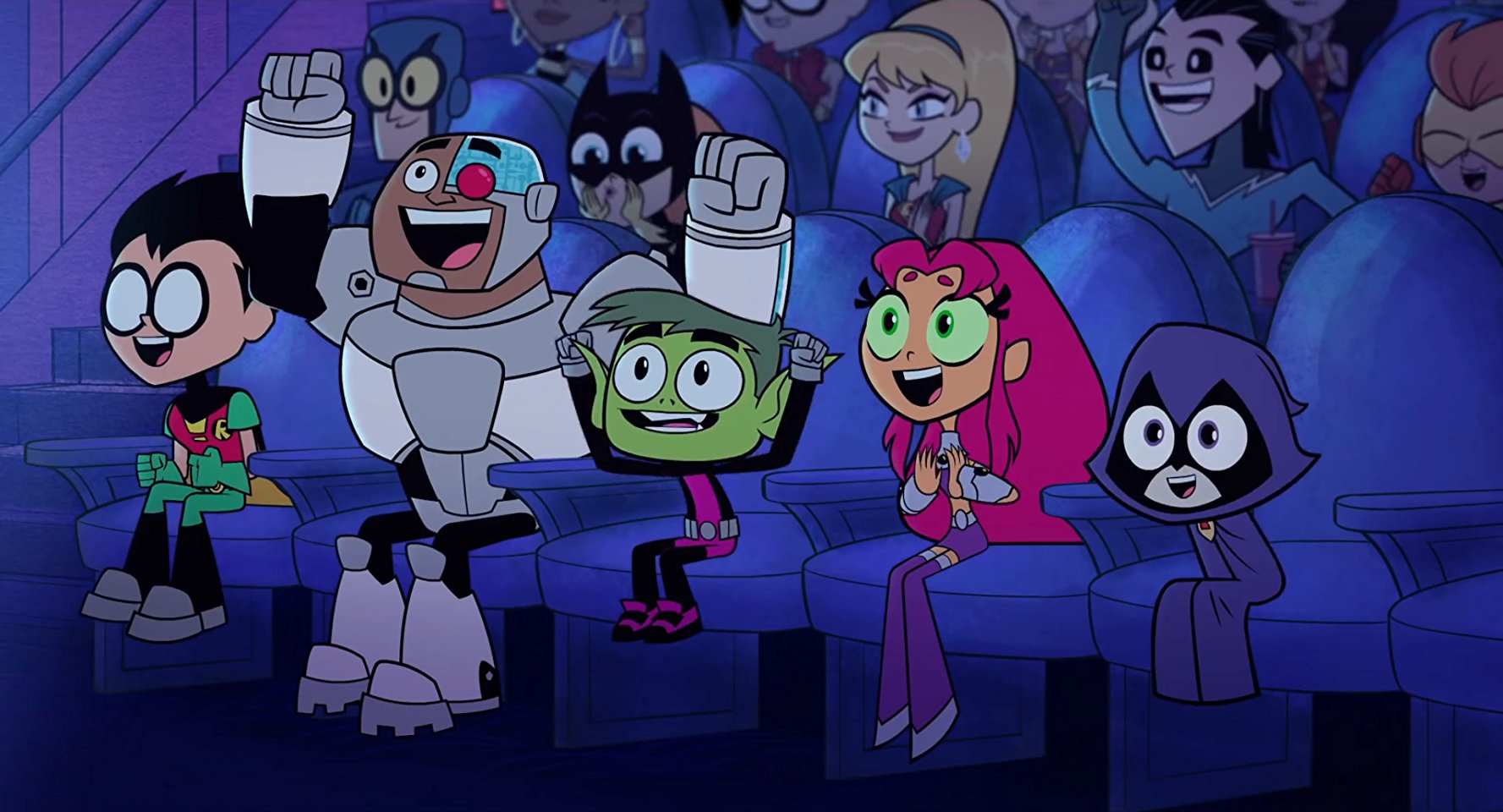 On the Cartoon Network, Teen Titans Go! is to the Justice League what the Muppet Babies were to The Muppet Show. They’re the younger or child-like versions of some of DC Comics’ famous characters, as well as lesser known ones. The leader of the group is Robin, the child sidekick to Batman. The rest of the team includes Starfire, an alien, Cyborg, the half-human/half-robot, Raven, the half-human/half-demon, and Beast Boy, a werewolf who can be a changeling of any animal. They live and keep watch over Jump City. Like the Justice League, they have a Watch Tower, which is a literal tower on an island off the coast of Jump City, which is in the shape of a giant T. At one point, one of the Teen Titans references the Animaniacs (1993) and no doubt writers and animators Michael Jelenic and Aaron Horvath have drawn inspiration from Animaniacs, which is a zany, slapstick and pop culture-referenced sketch show that was an irreverent take or sheer spoof of Looney Tunes cartoons. Jelenic and Horvath infuse that same level of zaniness here, perhaps not as insane but close enough. It’s less zany for zany’s sake and more just child-like zest about practically everything, which is not uncommon for TV shows on the Cartoon Network. It is rather uncommon for major motion pictures. The closest comparison would have to be The Lego Movie (2014).

Otherwise, this movie is a PG, children’s version of Deadpool (2016) in that it’s basically a meta-spoof of super-hero movies, or in this case, a meta-spoof of the making of super-hero movies. Whereas Deadpool 2 had Celine Dion, this movie has Michael Bolton. Whereas Deadpool 2 had Brad Pitt, this movie has Shia LaBeouf. The central gag is that there is a super-saturation of those kinds of films and if super-heroes were real, they would narcissistically and vaingloriously want all kinds of movies made about them, as well as want to star in those movies themselves. This central gag makes no sense in that it undermines the reality of those super-heroes having secret identities, as well as any kind of humility. Suspending your disbelief, you can enjoy how Jelenic and Horvath stretch out that central gag in yet another plot that could be compared to an infinite number of films from Kick-Ass (2010) to the recent Incredibles 2 with just as many 80’s references as Ready Player One. 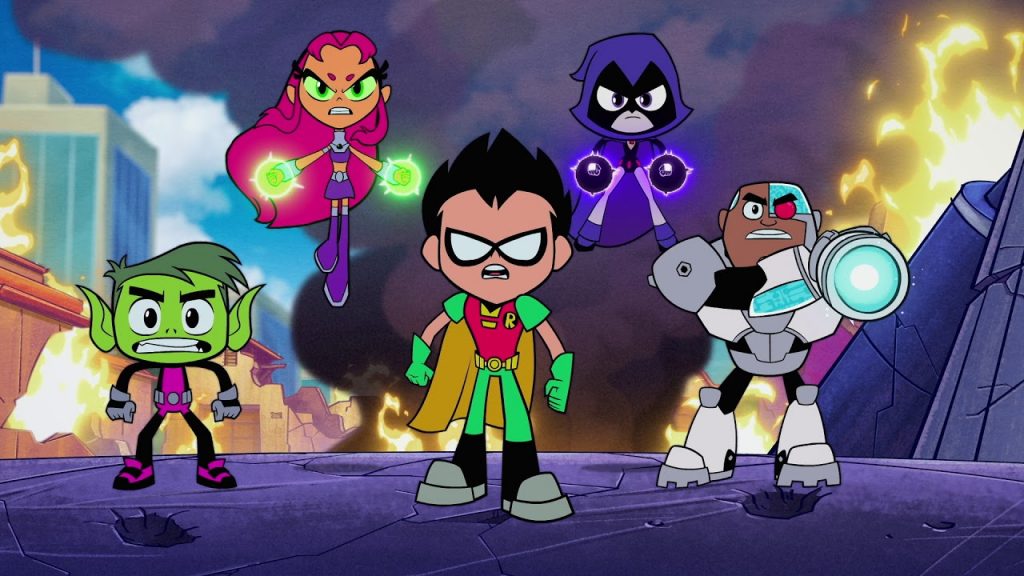 There are two very strong themes at work here. One is an obvious theme about fame-versus-friendship. It posits a simple gambit of which would you rather have, fame or friendship. It’s a simple choice. Yet, there’s another theme that is perhaps not so simple. Robin, voiced by Scott Menville, wants a movie made about him because he thinks having a movie will validate him as a hero to the world. Now, ostensibly, that kind of validation should be unnecessary and when it comes to one’s sense of personal worth, it absolutely isn’t, but there is a grander issue that is connected. 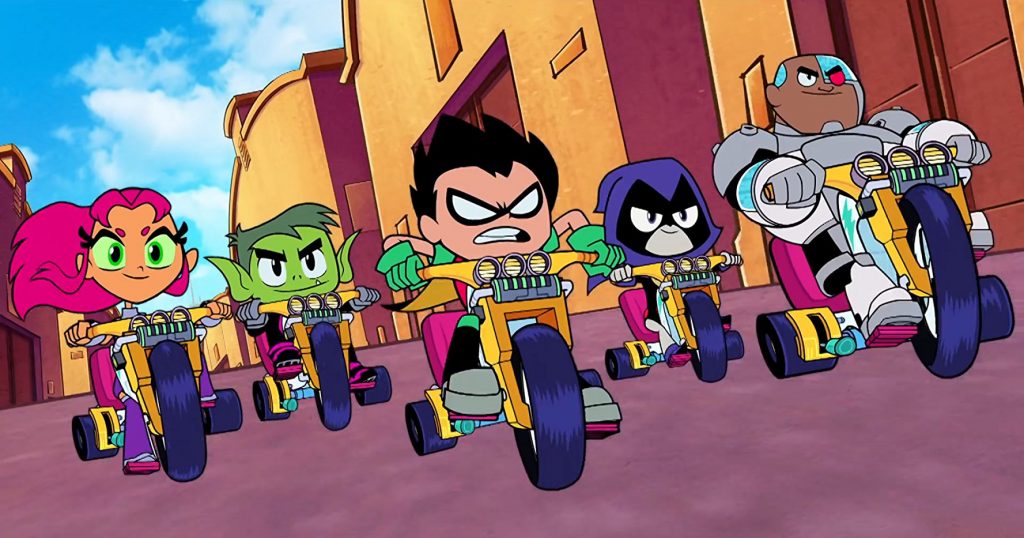 Whatever minority to which one identifies, this movie could have been a conduit for that argument. However, Robin is a super-hero and in the context of this film, super-heroes could be considered an oppressed or misunderstood minority in a similar way as they were seen in Captain America: Civil War (2016), but instead of that, this movie venerates super-heroes and gives them tons of media representation in terms of cinema. Therefore, the metaphor that could have been so powerful here is rendered null. Here, Robin and his team are dismissed either for their youth or their foolish behavior. Basically, they joke around too much, singing silly songs and making fart jokes.

By the end, instead of embracing more mature behavior, the solution reinforces that Robin and his team should just remain being foolish. Given that this is a children’s film or a film aimed at little kids, that kind of behavior perhaps should be embraced. It could also be seen as yet another children’s film with the undercurrent of just-be-yourself and children should just be children but that’s so many children’s films. This one doesn’t stand out in that regard.

This is the first Teen Titans film to make it to theaters but there have been previous Teen Titans movies released directly to video. This one rips off a plot-point in  Justice League vs. Teen Titans (2016). Also, Teen Titans: The Judas Contract utilizes the same villain as here, that of Slade Wilson aka Deathstroke, voiced here by Will Arnett, but instead of feeling like an actual threat or effective adversary, Slade here feels like a character out of BoJack Horseman and that’s not a compliment. 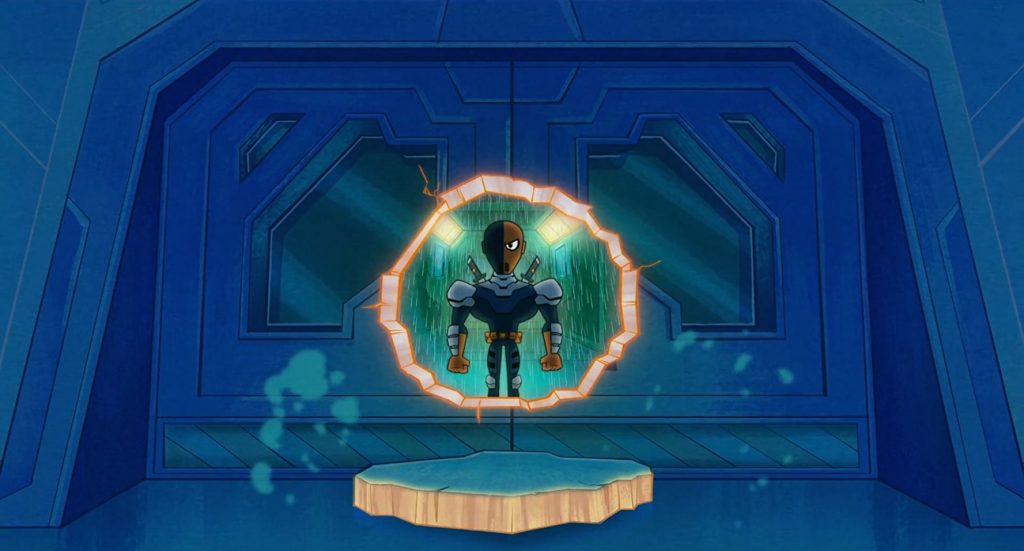 The short film that preceded this movie, The Late Batsby, was excellent though. 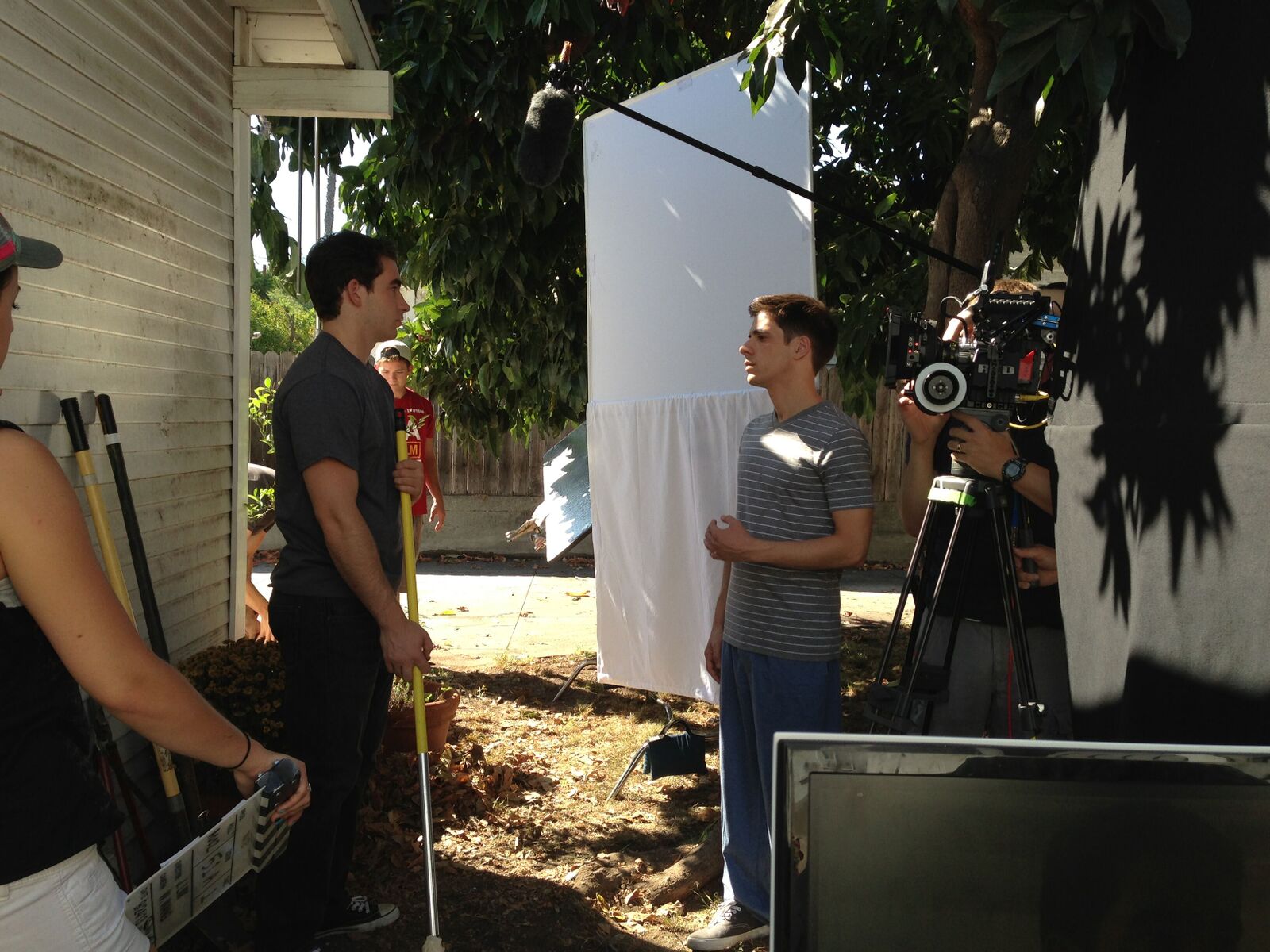 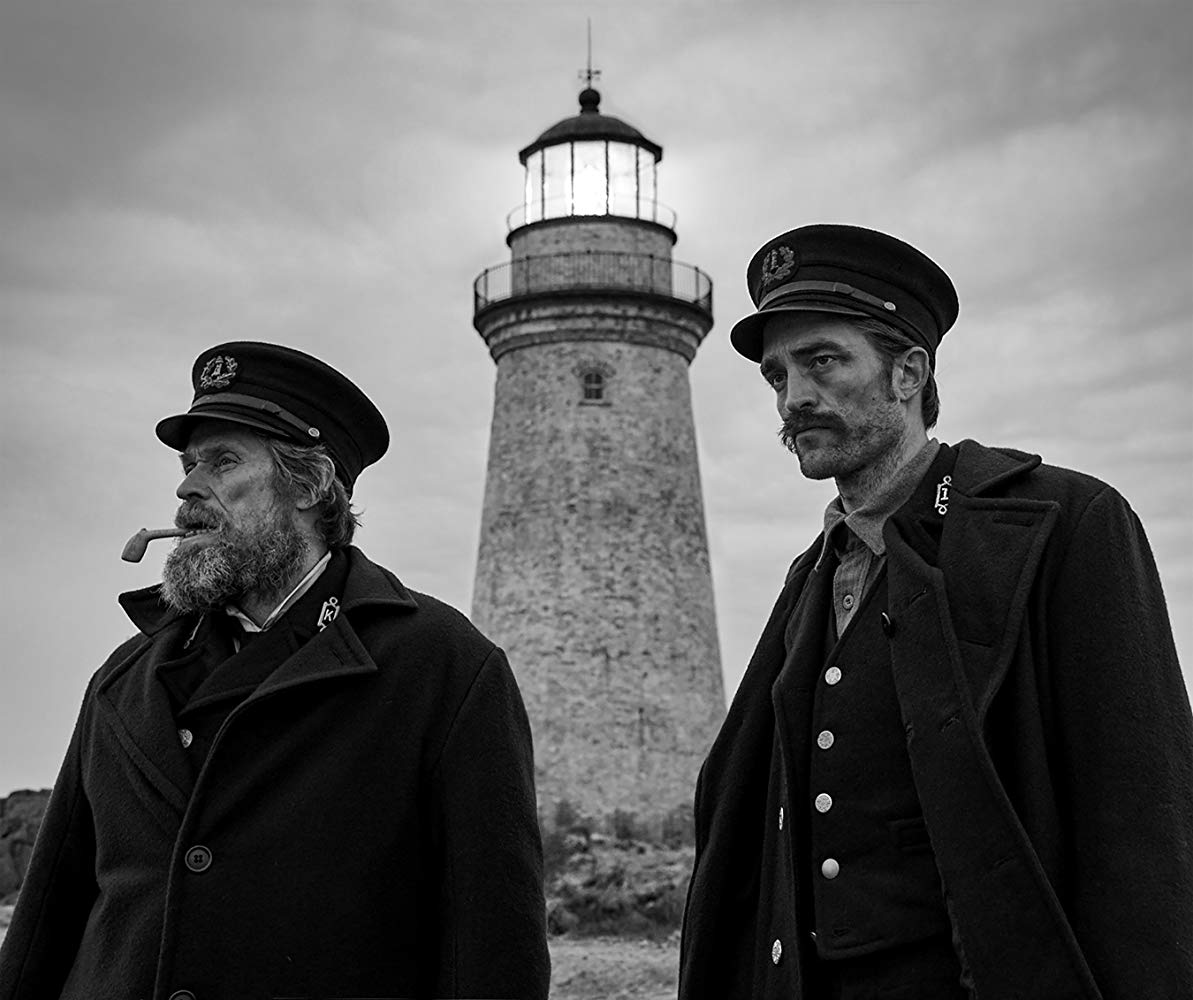