Marvel Comics’ Spiderman is one of the most popular super-hero characters ever created. Several animated TV series have been made about him. Sam Raimi adapted the character into a blockbuster film in 2002. Raimi made three of them. His third was not well received, so Sony Pictures decided to reboot the franchise in 2012 with Marc Webb directing and a new actor in the role. Webb made two of them. His second was also not well received, so Sony decided to reboot the whole thing again. Only this time, it loaned the character with a third, new actor to Disney for use in its Avengers’ films, as well as having that third actor in his own, solo films. This movie would be the fourth reboot of the character for the silver screen. This time though, the character is fully animated with a fourth actor doing the voice.

Marvel Comics has rebooted the character numerous times in print, so it’s not uncommon on the page, but the many reboots on film in such a short time is a bit uncommon. This fourth reboot isn’t due to the fact that the third was a failure, but it was seemingly animated to distinguish it from the third reboot and not confuse things more than they already have been. The filmmakers, however, lean into that confusion and the now many versions of this character. The opening of this film references the previous versions and in fact makes those versions part of the narrative. The idea of their being numerous versions of the character is part of the premise at work here. What it does differently is show that not every version of the character has to be a white guy, which up until now the movies have always been.

Even though it wasn’t the absolute first, earlier this year Black Panther was the first super-hero film under the Marvel Studios banner to be headlined by an African-American or a person of color. The mega-success of Black Panther had many speculating that more super-hero films or action films in general would be headlined by black people or people of color. Obviously, there is a supreme lack of those kinds of films, but it seemed unlikely that Hollywood would put out another with a black lead this year. Yet, Hollywood did, although the celebration shouldn’t be so swift, simply because this is an animated feature and this example of diversity in Hollywood representation isn’t as satisfying as actually seeing a real-life black person on camera, not simply a cartoon of one. Ava DuVernay’s A Wrinkle in Time should be celebrated more in that regard.

Shameik Moore (The Get Down and Dope) stars as Miles Morales, a teenage kid living in Brooklyn. His father is black and is a police officer. His mother is Latino and is a nurse. He doesn’t have any siblings or any other family, except his uncle. At the beginning of the film, Miles’ father drives him to his new school called Visions, which is the equivalent of a boarding school where Miles lives in a dormitory-style apartment building. This is the first place where the film fails in its storytelling and character development.

Why Miles’ parents are putting him in this boarding school is never really explained. Miles’s dad doesn’t like Spider-Man who is perceived as a vigilante, yet he does fight crime. We don’t get much sense of what crime is like in the city, so the question becomes why are Miles’ parents doing this. It’s reminiscent of the recent The Hate U Give, which is about a young black girl who is sent to a different school than the one near where she lives. The reason is because the school isn’t in a crime-ridden area and will provide better opportunities. That’s the assumption for Miles as well, but this movie never deals with that.

Mahershala Ali (Green Book and Moonlight) co-stars as Uncle Aaron, the aforementioned uncle to Miles, presumably the brother to Miles’ father. He’s a former engineer who doesn’t appear to have much of a new job. He’s more supportive to Miles in ways that his father isn’t. Uncle Aaron doesn’t scold Miles for his art-graffiti. In fact, Uncle Aaron helps Miles to find new places to graffiti. He’s cool and funny. He also has moves that would suggest he’s possibly good in martial arts.

It’s a bit of a spoiler to reveal that Uncle Aaron turns out to be a bad guy. It might not be much of a spoiler because I was able to predict the reveal before it happened. Unfortunately, this reveal is the second place where the film fails in its storytelling and character development. The movie fails to make us understand why Uncle Aaron is a bad guy. Instead, the movie gives us flashbacks of the white villain, Wilson Fisk, voiced by Liev Schreiber. We understand why Wilson Fisk is the villain he is, at least in a small, significant way. We don’t get that for Uncle Aaron.

The character development for these crucial characters is forgone, so that the movie can pull the repeated gag of introducing more characters from the Spider-Verse comics in 2014. Simply, each new character is a different version of Spider-Man. The original version is Peter Parker, a photographer bitten by a radioactive spider that gives him powers like a spider. The first alternate version of that is Peter B. Parker, voiced by Jake Johnson (The Mummy and Jurassic World). Johnson is funny and his older, slubby and wise-cracking version of the character is refreshing. The second alternate version is Gwen Stacy, voiced by Hailee Steinfeld (The Edge of Seventeen and True Grit). Steinfeld is equally good in her role.

The movie seemingly should have stopped there. Yet, the movie goes on to introduce three other versions of Spider-Man, including Spider-Ham, voiced by John Mulaney (Saturday Night Live). Spider-Ham is basically a talking pig à la the one from the Looney Tunes cartoons but in the Spider-Man suit. It’s a gag that would have been a good gag in a post-credits scene. The time he and the others take up could have been devoted to developing Miles and his relationships to his family members like his dad and his uncle. It’s not to say that Spider-Ham couldn’t have been in this movie, but the run-time would have had to increase. As a film, it’s already running a bit too long.

That being said, it’s never boring. The animation is beautiful and at times psychedelic. The film also comes up with some clever action scenes with legitimately funny bits. The great bits begin once Miles discovers that he too has been bitten by a radioactive spider and forms similar powers as Peter Parker did. One bit feels like it was an adaptation from a bit in There’s Something About Mary (1998). Another bit feels like Spider-Man meets Weekend at Bernie’s (1989). Both bits are pretty hilarious. That and the one-liners from Johnson make this film highly entertaining. 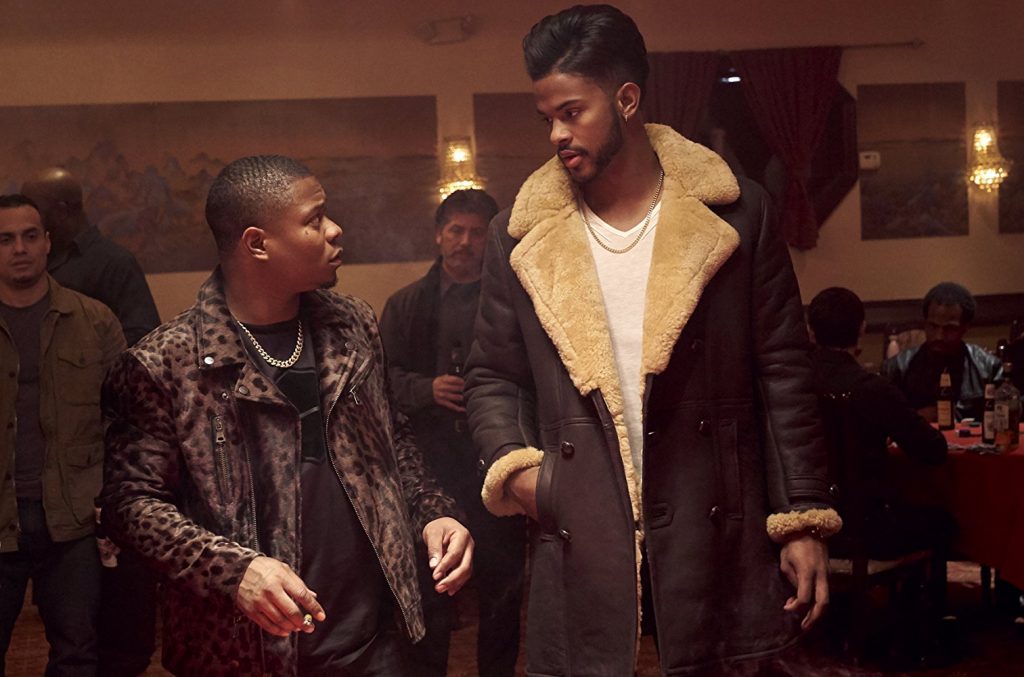 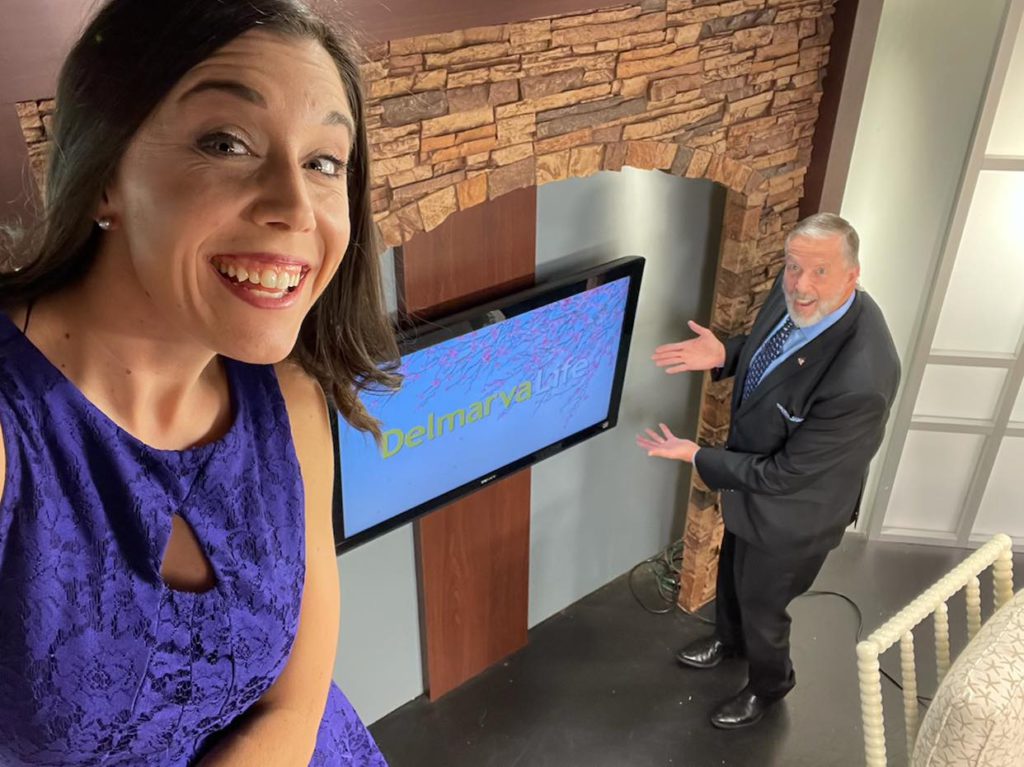 Today on DelmarvaLife - We're celebrating a huge honor for[...]