Normally, a sequel will have at least a year between its release and the release of its predecessor. This summer’s Toy Story 4 comes nine years after Toy Story 3. This movie is a part of the Marvel Cinematic Universe or MCU, which has been a live-action adaptation of a long list of comic book characters. This one is the 23rd entry in that series, but it’s really a direct sequel or continuation of Avengers: Endgame, which was released two months prior. Given the box office success of Avengers: Endgame, it’s no question that anyone interested in this film probably has already seen that predecessor and knows the spoiler that begins this film, but, for fairness’ sake, I’ll give the spoiler warning again. Spoiler alert for Avengers: Endgame.

An alien from outer space, known as Thanos, came to Earth and tried to kill everybody. The super-heroes called the Avengers assembled to stop him, but, before they did, Thanos was able to make half of all human beings disappear. All those people were gone for five years. The Avengers were able to bring all of them back, but it’s like they all simply traveled five years into the future. This five-year jump, which brought back half of the world’s population, has been dubbed “the blip.” Unfortunately, after the Avengers brought everyone back, in order to stop Thanos, one of the original Avengers, Iron Man aka Tony Stark, died and that’s essentially where this film starts. 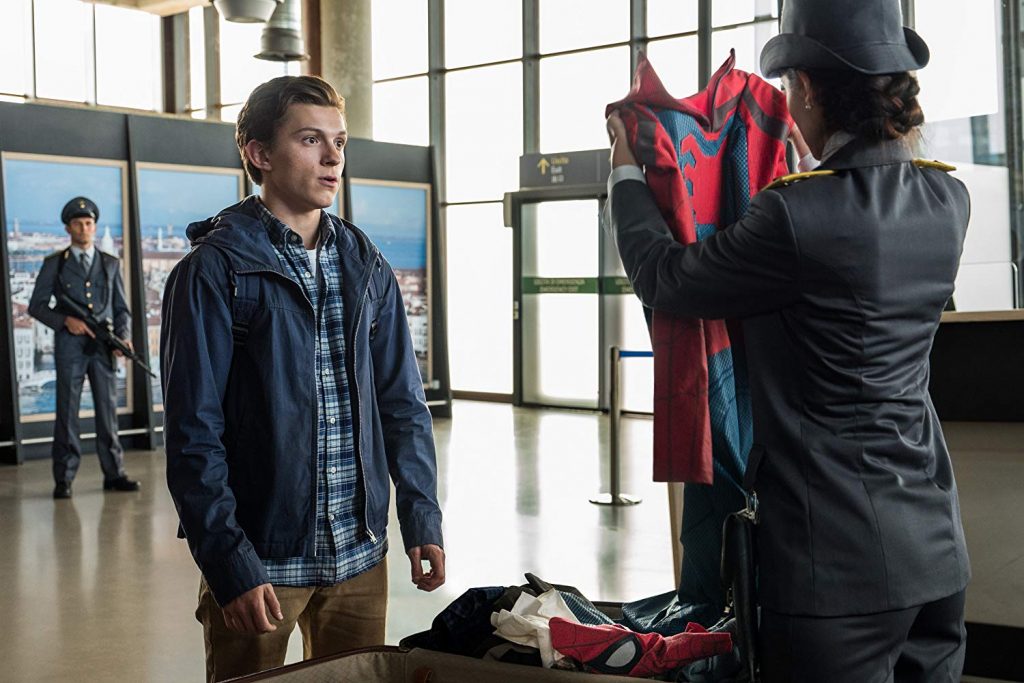 Tom Holland (The Lost City of Z and In the Heart of the Sea) stars as Peter Parker, the teenager from New York City who became the super-hero known as Spider-Man. Tony approached Peter and made him an Avenger. Now though, he’s a junior in high school who is mostly concerned with his feelings for a girl, but he’s nervous about expressing those feelings to her. Peter is conflicted because he has a responsibility to be Spider-Man and help fight villains. Unlike the other Avengers though, Peter’s real identity is a secret. Whereas the public knows that Tony Stark is Iron Man, the public doesn’t know that Peter Parker is Spider-Man. Peter prefers it that way probably because he thinks it will allow him to live a normal life as a high school student.

When a new villain shows up, Peter is asked to help fight the villain. However, Peter is on a school field trip in Europe. He’d rather hang out with his friends and try to spend time with the girl he likes. This is part of the main thrust of the narrative. Peter tries to juggle his heroic interests with his teenage and romantic ones. This movie in turn tries to juggle the idea of a teenager working to balance those bipolar interests. It’s done with a comedic tone that’s at times entertaining, but it’s predicated on Peter keeping his identity secret, which was used to great effect in Spider-Man: Homecoming (2017) but is only frustrating here.

Zendaya (Euphoria and The Greatest Showman) co-stars as Mary Jane aka “MJ,” the aforementioned love interest of Peter. She’s reminiscent of Lois Lane in Superman II (1980), as played by Margot Kidder. She’s a no-nonsense girl, almost stoic but with a dry, subtle humor. She not only suspects Peter of having feelings for her but also she suspects him of being the titular hero. This movie though takes longer than Superman II to reveal her suspicions and in fact knowledge of Peter’s secrets than Lois’ reveal of her knowledge about Clark Kent aka Superman.

As such, I never really was able to feel the love between Peter and MJ. What we get between them is more innocent, awkward and chaste. It’s not like in Superman II where it built to a sex scene or an implication of one. Peter and MJ do have a moment where she spies him practically naked and in all of his shirtless beefcake glory, but all it amounts to being is a quick, furtive glance. Everything leading up to it is Peter being neurotic about even speaking to her or else he’s jealous of fellow, teen heartthrob, Brad Davis, played by Remy Hii (Marco Polo and Neighbours). Otherwise, I wasn’t feeling the heat or sparks. It’s not as if I needed the two of them to have a sex scene or even an implication of one, but I wasn’t getting much passion between the two. 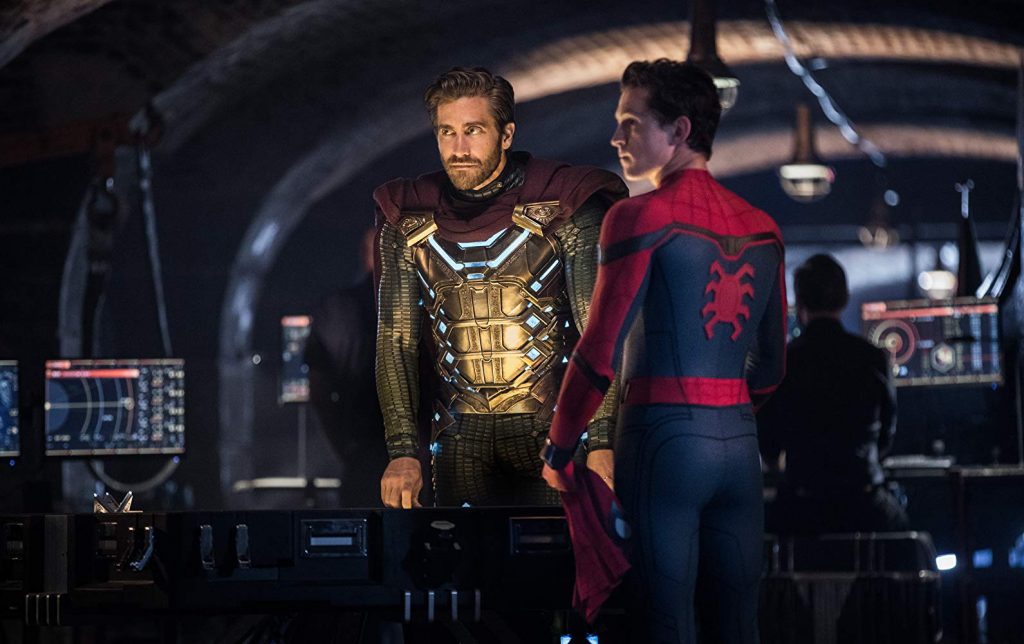 Jake Gyllenhaal (The Day After Tomorrow and Prince of Persia: The Sands of Time) also co-stars as Quentin Beck, a super-hero who says he’s from a parallel universe. However, how he got here isn’t ever explained or examined. He can fly and shoot energy. When a new villain that is comprised of various elements attacks various cities around the world, Quentin arrives to fight this elemental monster. He befriends Peter and Peter takes to him because Quentin is reminiscent of Tony Stark but without all the snark. He’s smart and he charms Peter with compliments and words of wisdom, as well as encouragement.

Samuel L. Jackson (Captain Marvel and The Hateful Eight) reprises his role of Nick Fury, the secret agent who was the one who founded the Avengers and brought them all together. He encounters Quentin when the first elemental monster attacks in Mexico. Nick Fury tells Peter that he and Quentin are the only ones who can stop these elemental monsters. It’s herein that the movie’s logic starts to get lost. 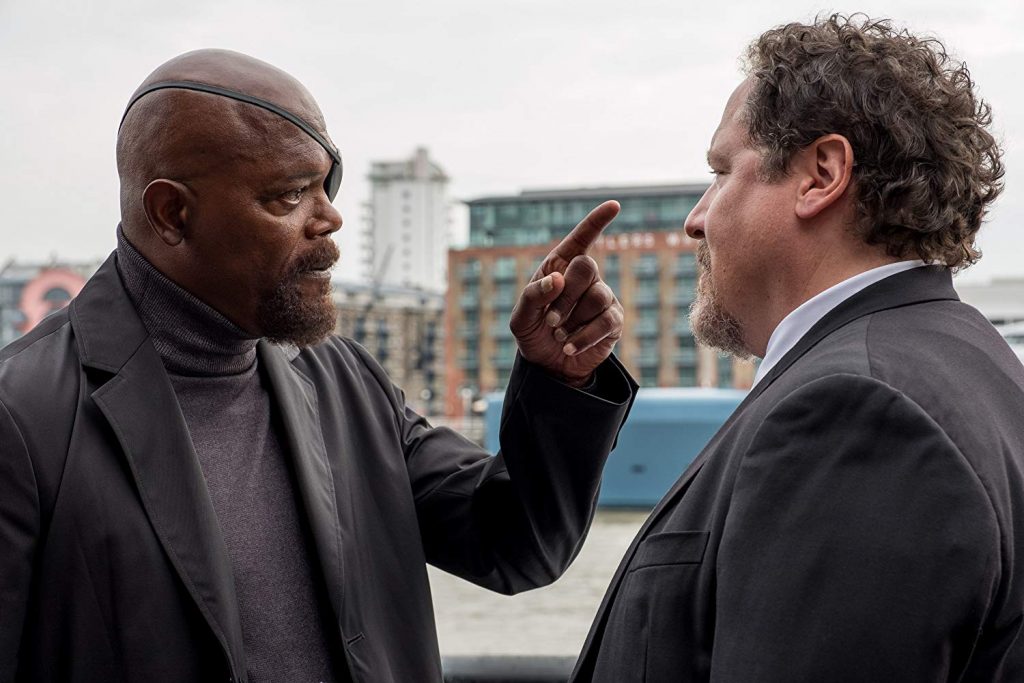 The movie, written by Chris McKenna and Erik Sommers, attempts to address the logic problem of Spider-Man and Quentin being the only ones available to stop these elemental monsters, which are huge and highly destructive. Peter asks about the other super-heroes seen in Avengers: Endgame. He asks about Thor and Doctor Strange, but Nick Fury says they’re unavailable. However, there were tons of super-heroes who assembled, seemingly hundreds. The idea that none of them were available to help here is illogical and dumb.

This movie also suffers from a thematic issue that it addresses either casually or very myopically. The loss of Tony Stark, aka Iron Man, weighs heavily or significantly on this film. We thought Avengers: Endgame was supposed to be the final consideration of Iron Man, but so much of this film is about Iron Man’s loss and his legacy. Peter in particular seems in need of a father or older male figure to help guide him. He sees in Quentin a substitute, but why he wouldn’t turn to the myriad of super-heroes he’s already met seems illogical and dumb. 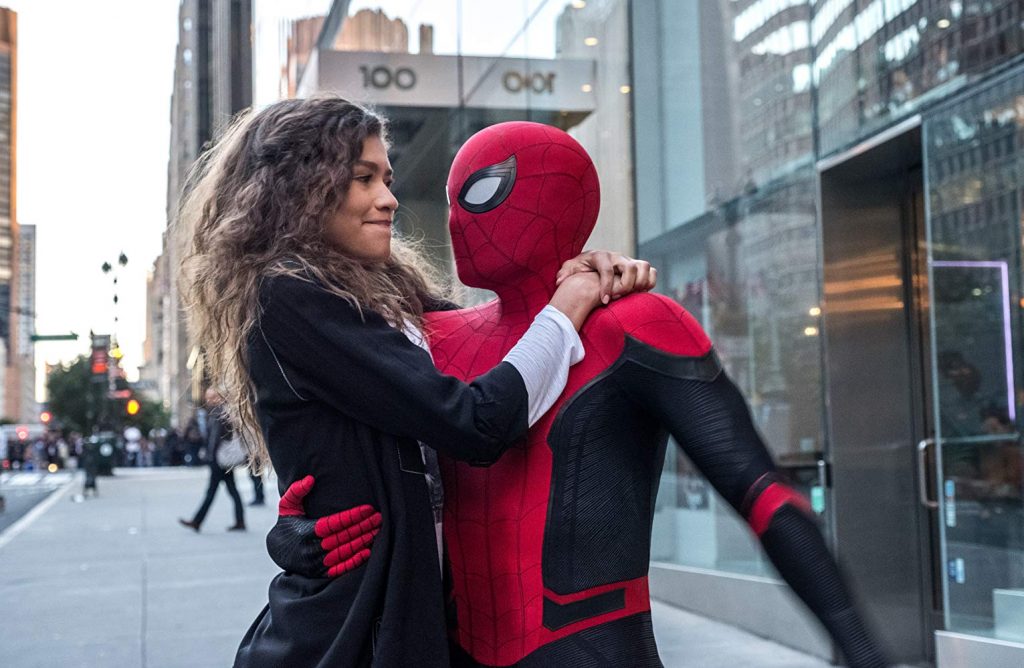 Peter wonders who will be the next Iron Man or Captain America. Both of whom were the de facto leaders of the Avengers. Yet, that question has ostensibly been answered. The characters to fill the void left by Iron Man and Captain America are Black Panther and Falcon, but neither are mentioned in this movie. 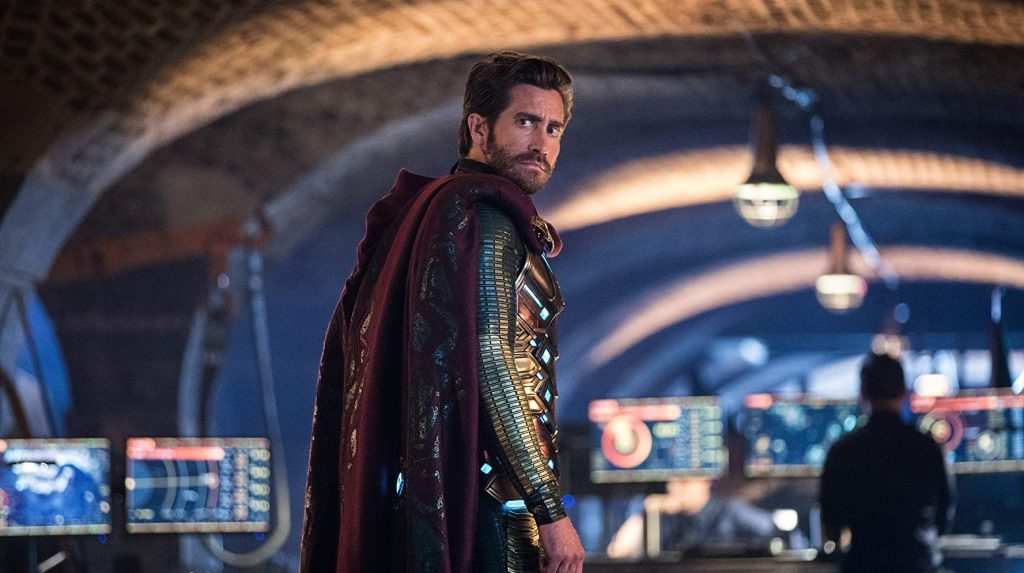 Yes, the things I listed are illogical and dumb, as well as redundant in one case, but it’s all done as a way of leading to a M. Night Shyamalan-like twist, which undermines what the film leads you to believe. The twist though is pretty apparent, especially if one has seen the animated film The Incredibles (2004). Whereas that 2004 flick built to its twist organically, the one here feels so contrived and over-the-top. It does allow Gyllenhaal to give a ridiculously over-the-top performance that’s fun and hilarious.

It also allows director Jon Watts to craft some inventive action scenes particularly toward the end. If one was impressed with the visual effects and feel of the Oscar-winning Spider-Man: Into the Spider-Verse (2018), then that same dazzling wonder before the eyes is replicated here. There are fantastical illusions created that not only dazzle but also dizzy. It’s great and compensates for the contrivance that leads into it.

Rated PG-13 for sc-fi violence and some language.
Running Time: 2 hrs. and 9 mins. 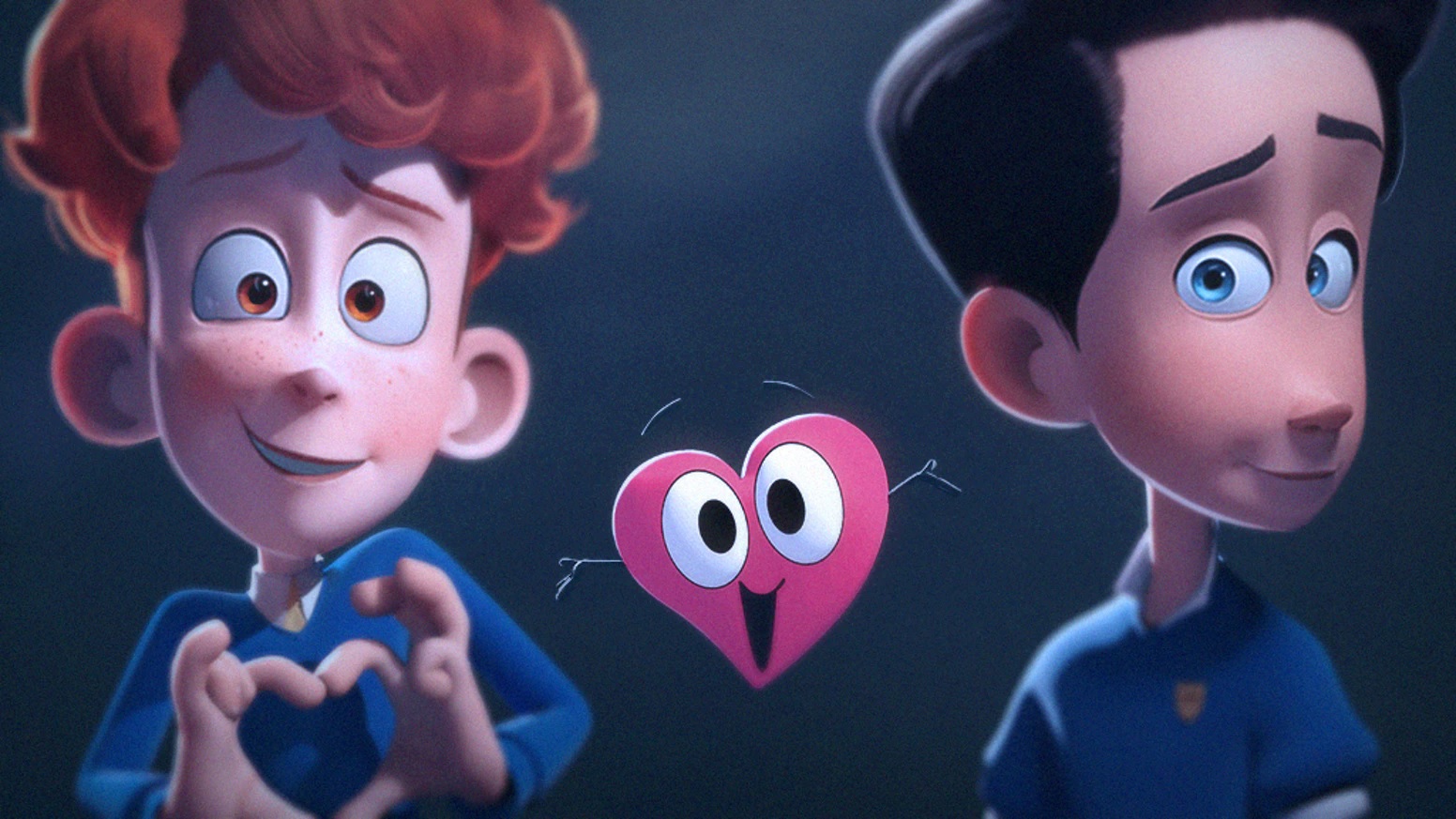 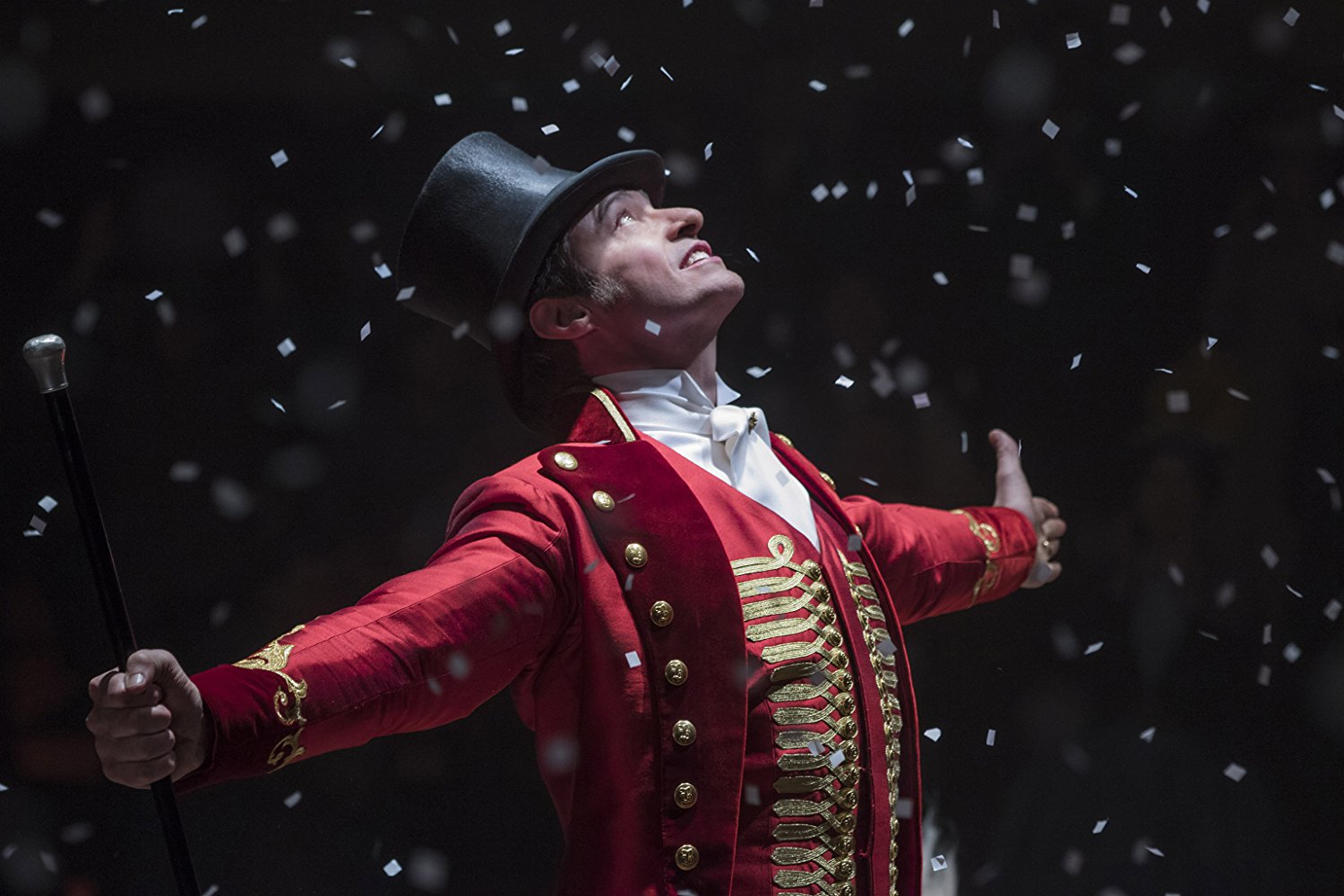 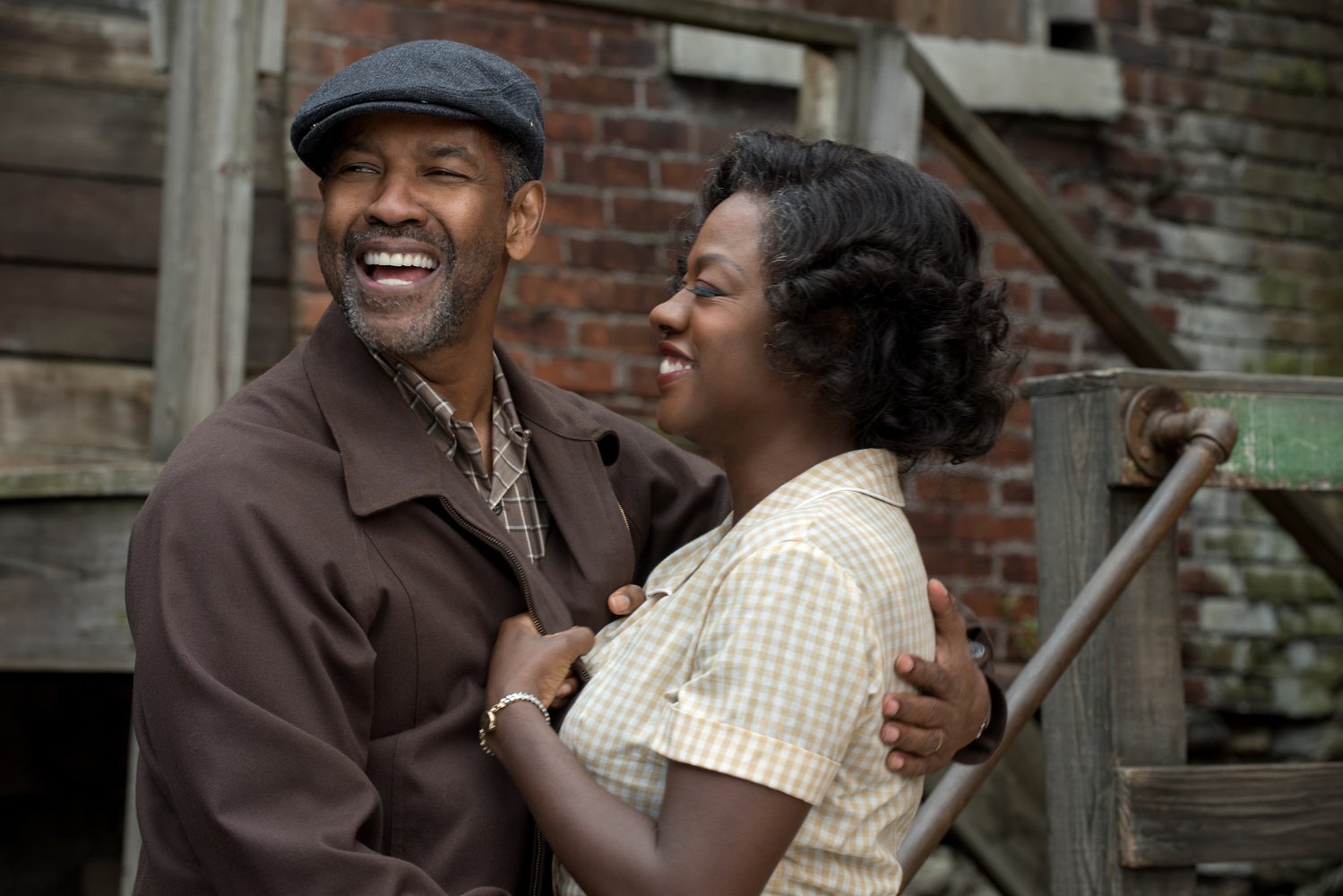 There has been a long tradition in Hollywood of[...]