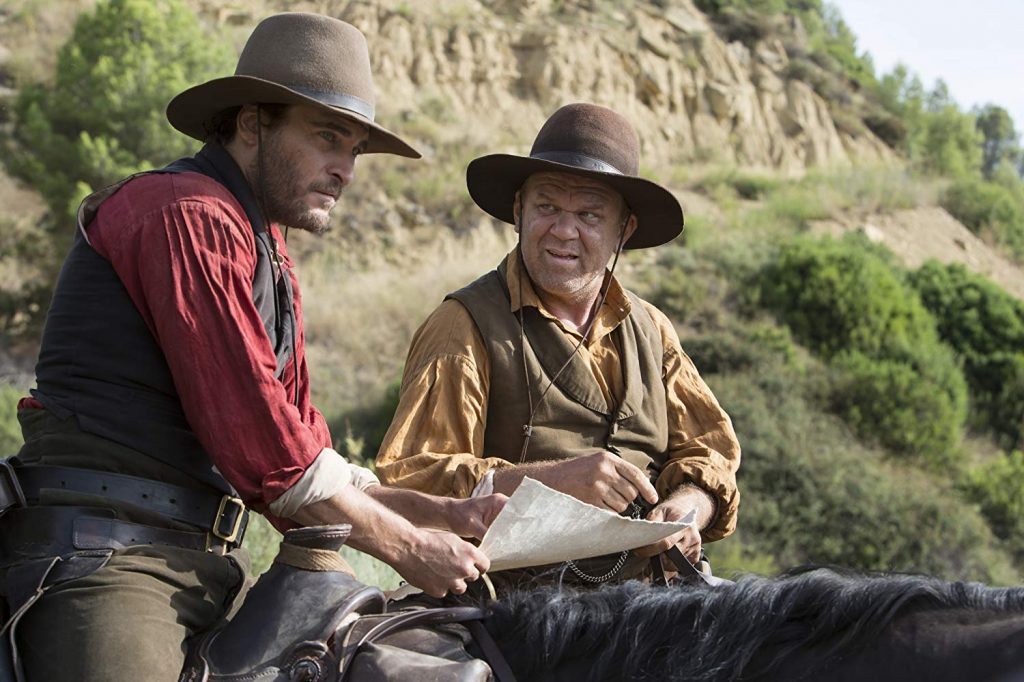 Jacques Audiard is a celebrated French filmmaker who has won nine César Awards, which are France’s version of the Oscars. He’s also won the Palme d’Or. His film A Prophet (2009) was nominated for Best Foreign Language Film at the 82nd Academy Awards. His most successful film in the box office was Rust and Bone (2012). This film, however, is his first in English. It’s an adaptation of a historical novel by Patrick deWitt. It’s a western with comedic aspects that feels like the passion project for John C. Reilly, whose company bought the rights to the book.

Reilly (Chicago and Boogie Nights) stars as Eli Sisters, an assassin who works for a rich and powerful man simply called the Commodore in the mid-19th century. He’s the elder brother to another assassin who is bit more reckless and bold, whereas Eli is calmer and more responsible for a murderer. He’s a great gunslinger, but humble and understated about his sniper abilities. He is a brutal killer, however. He has no problem shooting any target dead without any hesitation or mercy. However, he is getting tired of being this kind of outlaw. Whether it’s due to his age or some kind of moral and emotional weight burdening him, he wants to stop killing, open a store and settle down somewhere.

Joaquin Phoenix (Walk the Line and Gladiator) co-stars as Charlie Sisters, the younger brother and the more psychotic of the two. He loves being an assassin and killing people. He also loves drinking and having sex with women. He’s a great gunslinger too. When Eli suggests getting out of this deadly business, Charlie isn’t on board, but when things change in their current mission, Charlie finds he can change too probably because it’s revealed that greed is a more motivating factor for him.

Eli and Charlie are sent to capture a gold prospector. They’re meant to extract some information from the man and then kill him. What ends up happening is that fortunes change and betrayals or double-crosses happen, which cause Eli and Charlie to forget about their assassin job. The chief reason why though seems to be the fool’s errand of the prospector’s get-rich-quick scheme. The whole thing perhaps becomes a critique of the gold rush of the 1800’s, which ultimately ruined men rather than actually making them wealthy. 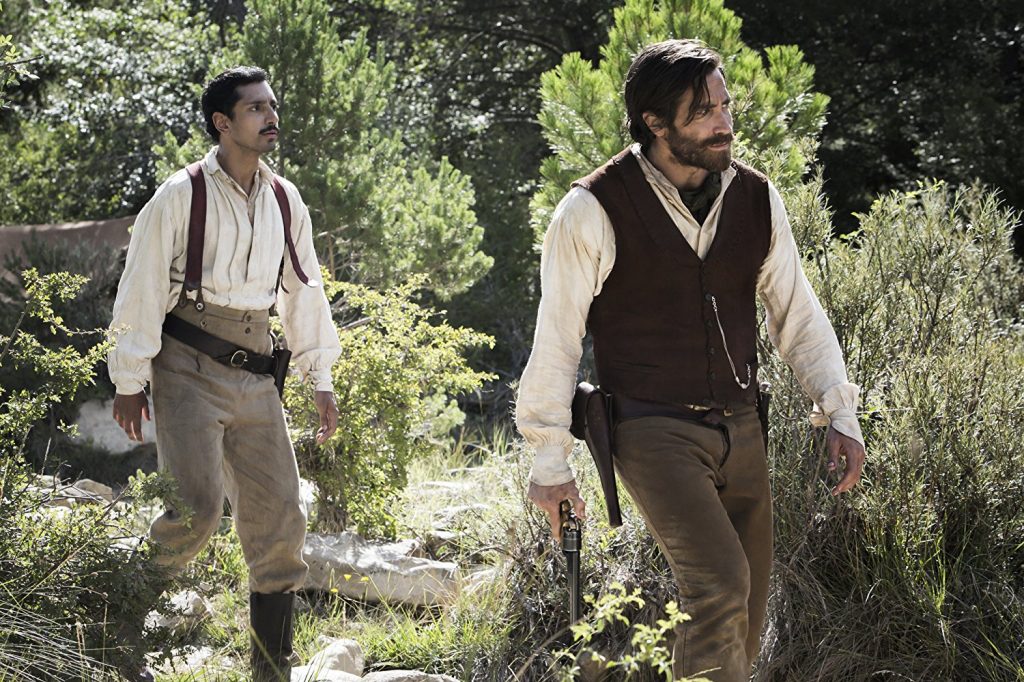 Riz Ahmed (Venom and Rogue One: A Star Wars Story) plays Hermann Kermit Warm, the gold prospector in question. He’s handsome and very convincing, totally winsome. He’s a chemist who also has some communist or rather socialist ideas about how everyone should live. The way he goes about it is in a very scientific but also sexy way of relating those ideas to other people to get them on his side, or else he’s just appealing to these men’s thirst for money and lots of it. He’s invented a way to pan for gold that’s a million times easier than how anyone else does it.

It’s interesting because having Gyllenhaal and Ahmed together is a reunion for them. The pair recently worked together in Nightcrawler (2014). In that film, the two had a relationship that isn’t too much different from the one here, except that Gyllenhaal’s character was driving the train and his psychotic behavior ultimately led to an antagonism and distrust between the two. Here, Ahmed’s character more drives the train. However, there is no psychotic behaviors that lead to distrust. In fact, it’s the opposite. This time, they grow to bond and possibly appreciate each other like brothers.

It’s almost a parallel to the brotherly relationship between Eli and Charlie. When Eli and Charlie cross paths with John and Hermann, there is a bit of tension that needs to be overcome, but having all four men together provides an opportunity for brotherly bonds to be tested and explored. Unfortunately, those bonds don’t feel strong enough tested and explored by the end. Whatever we do feel about those bonds are largely due to the charisma of the actors, but it gets to a point where things didn’t land for me. Lots of really emotional things happen toward the end and I felt none of it.

Sentimentality probably wasn’t Audiard’s goal. He probably wanted the opposite, but given where the characters of Eli and Charlie start, not enough is done to make me care about them by the end. Without that sentimentality, the final scene and final moments of the film are just a shrug of the shoulders. 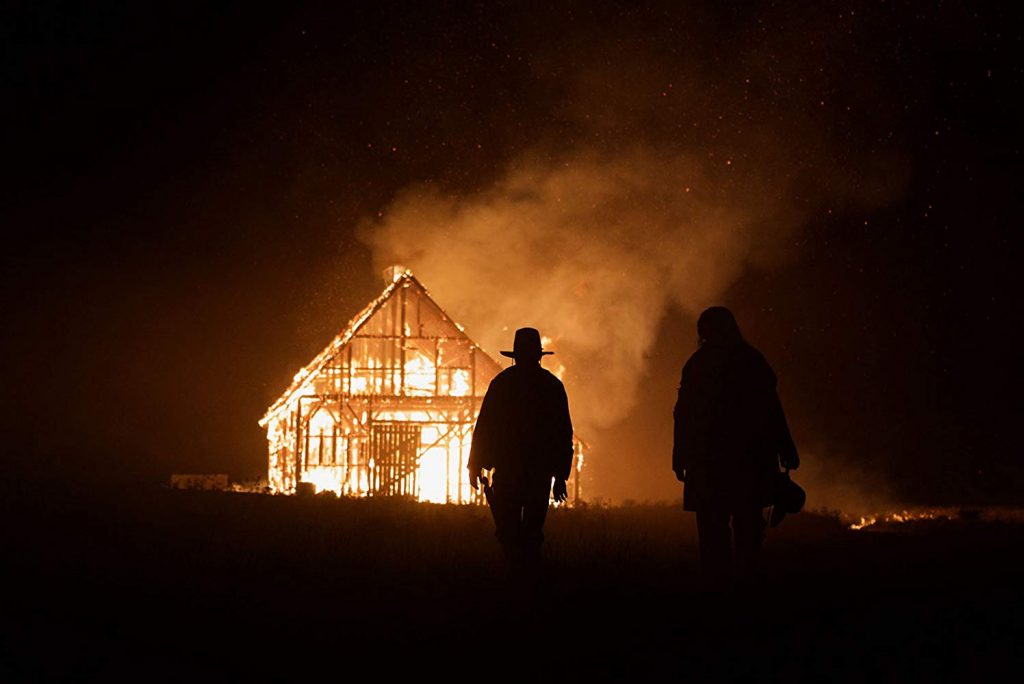 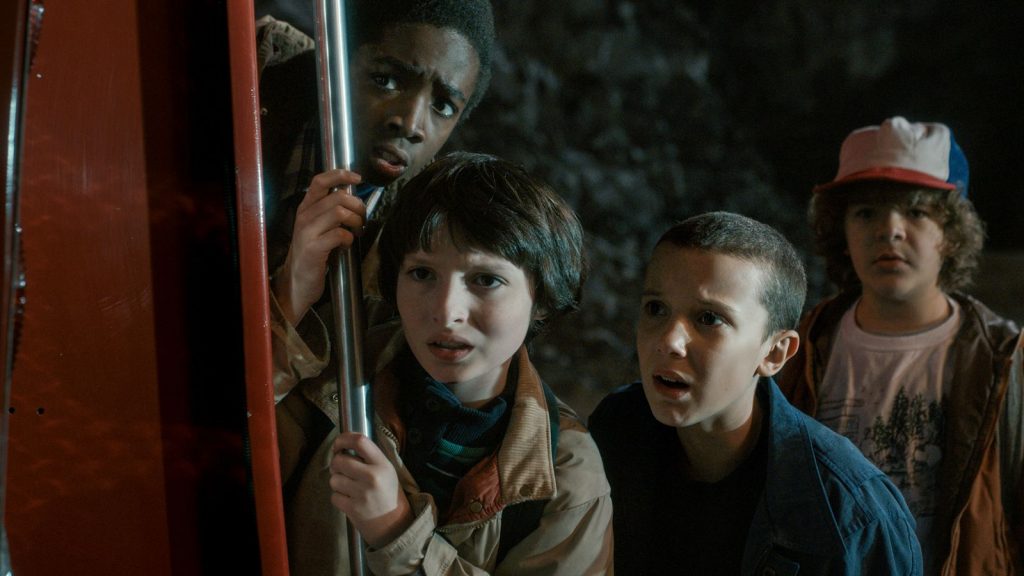 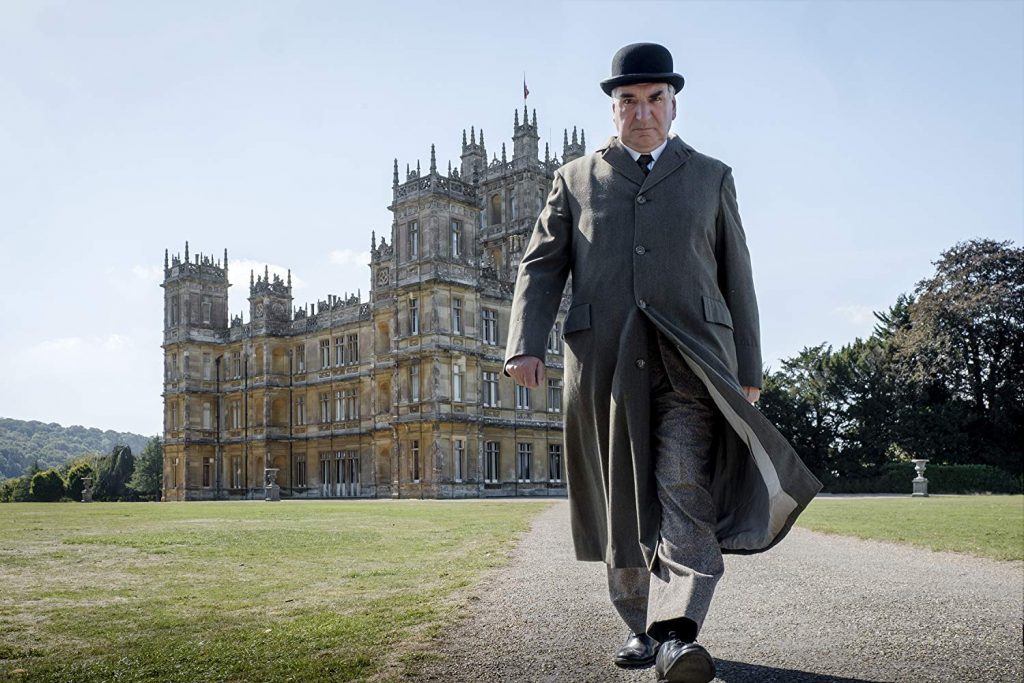