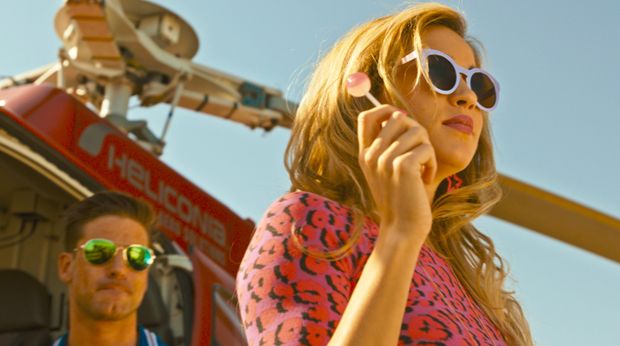 The title might be a little misleading. That particular emotion is probably integral to the protagonist’s motivation but given the situation as it appears, the real motivation feels more like sheer survival. This distinguishes this film from something like I Spit on Your Grave (1978) or The Revenant (2015) because in those movies, a villain or evil antagonist does something horrible to the protagonist, which almost kills him or her. The protagonist lives or overcomes that horror and could just walk away or move on, but the protagonist decides to pursue that villain and seek extreme or deadly retribution.

That isn’t exactly the case here. Here, the villain does something horrible to the protagonist, which almost kills her. She lives or overcomes that horror, but the difference is that she can’t just walk away or move on. It’s also not the case that the villain walks away or moves on. Here, the villain isn’t done with the horror, so the protagonist is still trying to live or overcome, which makes this movie more akin to You’re Next (2013) or Breaking In (2018), recent female empowerment movies, particularly against male abuse or physical attacks from men.

Given the desert and rocky, desolate terrain, director Coralie Fargeat’s sun-soaked film also invoked comparisons to Mad Max: Fury Road (2015) and The Bad Batch (2017). With the exception of the initial act of violence, which doesn’t involve any blood or gore, all the acts of violence that do follow aren’t treated with the same level of seriousness or reality. The violence isn’t fantastical. It is real, but there is an air of ridiculousness to it, so that it’s not exactly a female Die Hard (1988) but a lean more toward camp. 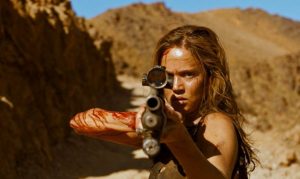 Evidence of such is the amount of blood. By the end, the amount of blood that is spilled by one person looks like more than can possibly exist in the human body and more than what would allow the person to continue walking upright. Fargeat wants this film in effect to be a fun, slasher-flick, one where you root for the kills. As such, it probably helps that the violence isn’t treated with a stark or gritty realism, but instead a hyper-realism, however slight. A sequence involving a peyote-induced hallucination and a dream-within-a-dream helps to sell this point. The recent remake of Death Wish also wants us to side with a serial-killing vigilante, a more rigid Batman, but that’s not necessarily the tone here.

Fargeat also joins the chorus of filmmakers making odes to the 1980’s. Aside from some music choices on the soundtrack, Fargeat has some camera angles that feel very reminiscent of the era. I was particularly struck by a shot of a guy on an ATV, just a straight on shot of him with helmet and riding in the night that felt pulled from a 80’s movie.

Matilda Anna Ingrid Lutz stars as Jennifer, the protagonist in question who has to overcome the horror at the hands of men who don’t let her walk away. They chase her through the desert. Lutz gives a great performance as this petite, sexy, blonde victim who by the end becomes or morphs into a blood-stained, bad-ass.

I would make a few nitpicks. There are several times when the men chasing Jennifer could have killed her by shooting her dead, but, in two different moments, the men decide not to do so and instead choke her. I don’t know what the movie is trying to say in those moments, if anything, as they could just be failings in the screenplay to allow Jennifer to survive, stupid luck or there simply to show the failings of the men chasing her. As such, the movie in those moments didn’t feel as empowering to women as Fargeat might want.

What might be more empowering is that even though Fargeat has to film Jennifer in a way that sexualizes her in order to show what the lecherous men are seeing and thinking, Fargeat never shows Jennifer in the nude. Fargeat only shows Jennifer’s boyfriend, Richard, in the nude. Richard, played by Kevin Janssens, is not only nude. He does full-frontal nudity. Fargeat does so almost to balance or lessen Jennifer’s obvious objectification. 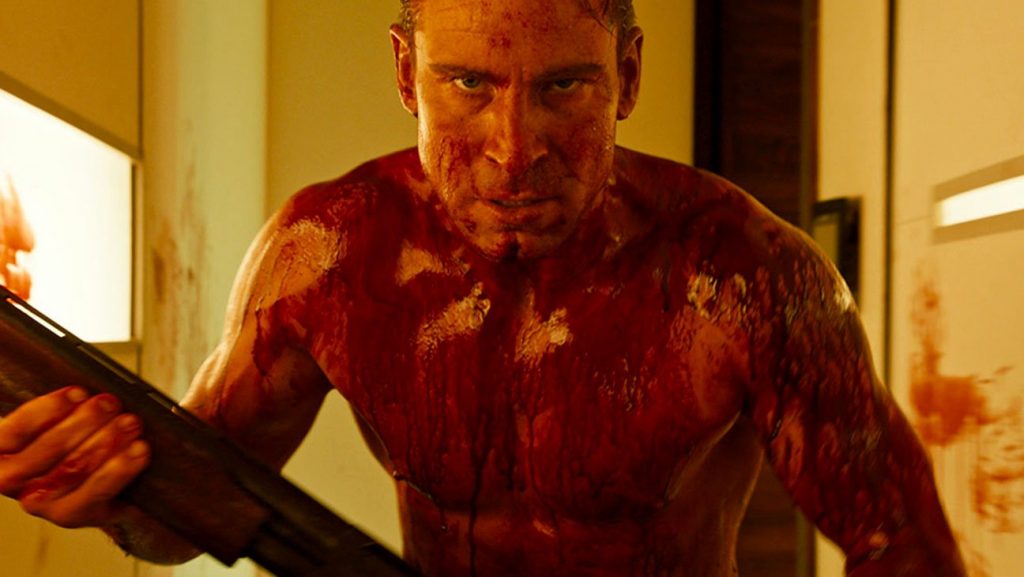 For giggles, Fargeat gives Richard an action scene in which he has to remain nude throughout. The scene goes on for what feels like ten minutes or so. The whole time, Richard is butt-naked. He’s totally covered in blood by the end, but he’s still butt-naked. It rivals the nude, action scene for Viggo Mortensen in Eastern Promises (2007). 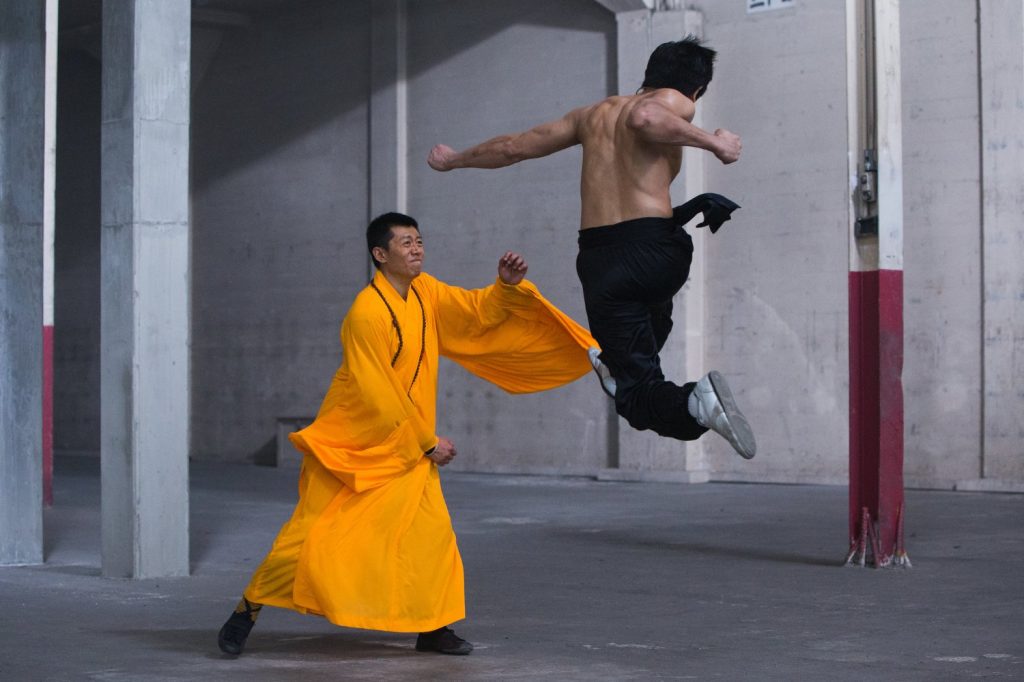 Movie Review – Birth of the Dragon

Early in the summer, a film was released about[...] 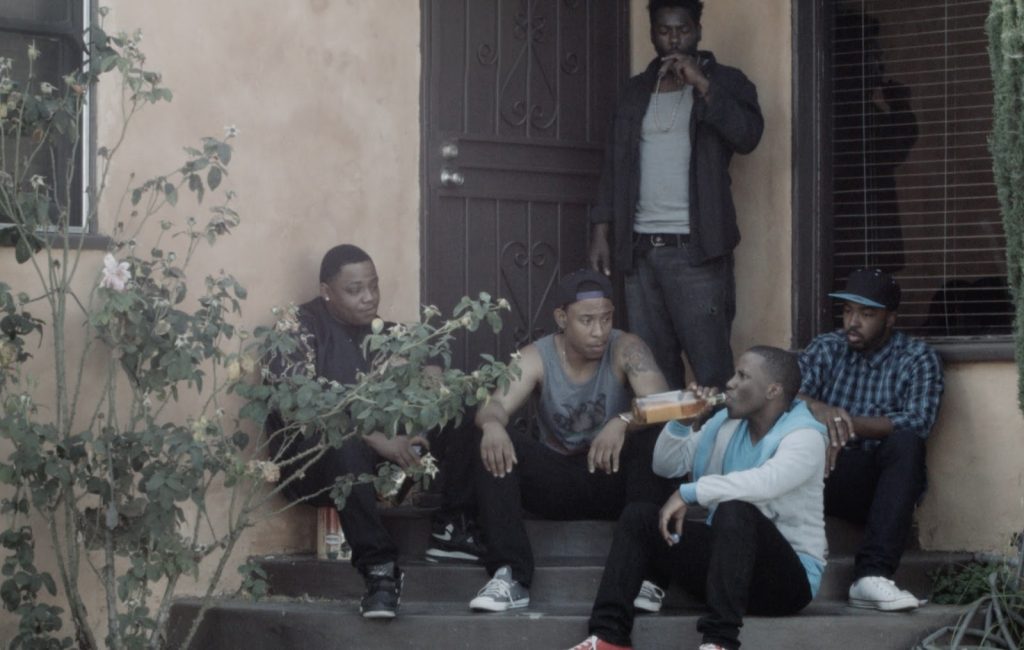 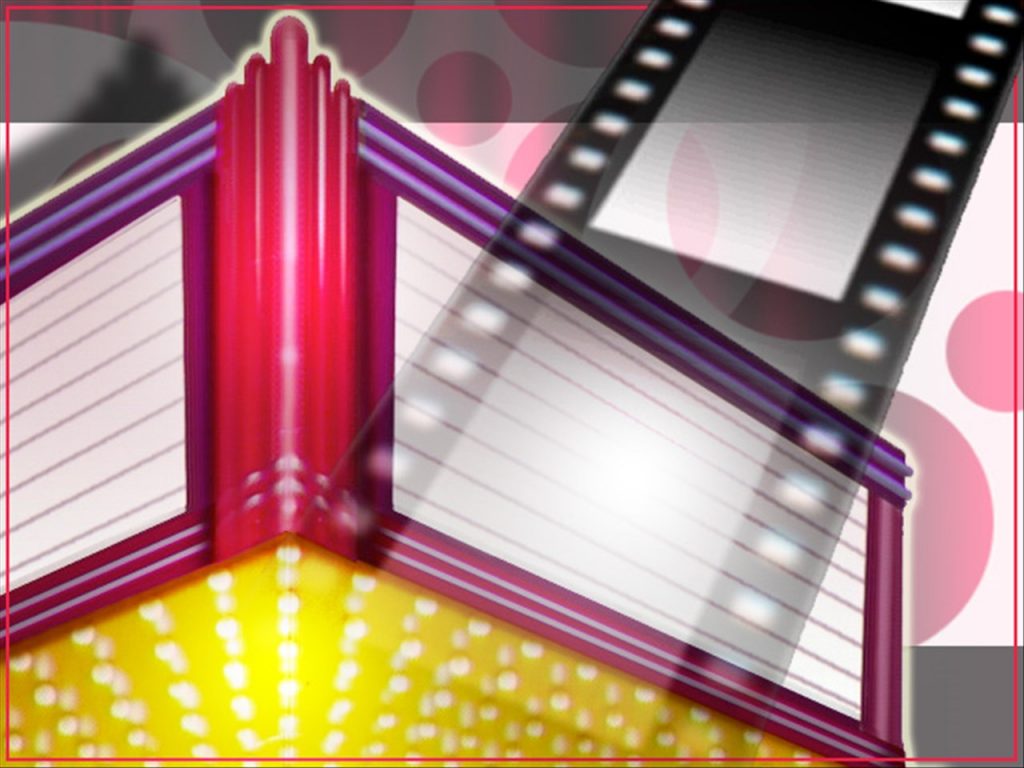