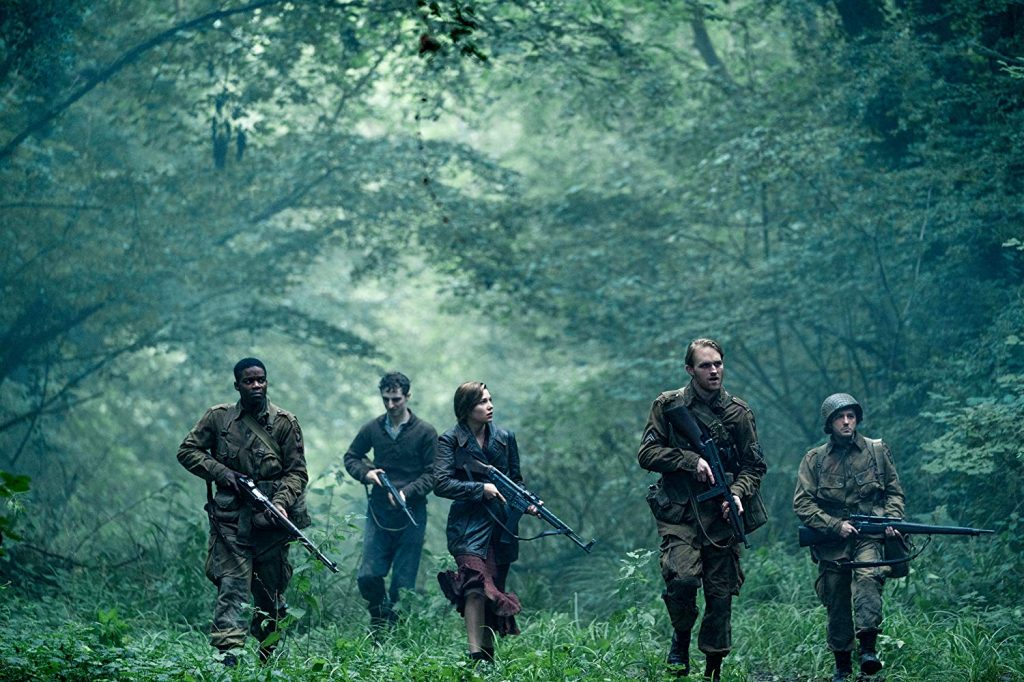 It was first reported that this movie was in production last year, but I didn’t hear about it until earlier this year after the Super Bowl. It was after the Super Bowl that Netflix released The Cloverfield Paradox, a presumed prequel to Cloverfield (2008), the alien monster movie that was produced by JJ Abrams. The movie had a separate director who put it together, but the now Cloverfield franchise is most associated with Abrams, the Hollywood producer who is probably a household name for a lot of Americans. Abrams also produced this film and for some reason when it was mentioned earlier this year, people linked it to the Cloverfield franchise. It’s not exactly known why, except that there are some similarities. It is a somewhat horror film with science-fiction elements that is led by an African-American actor. It was noted that The Cloverfield Paradox had an African-American lead and a woman no less.

However, that’s where the similarities stop. This film though does have a feeling that is akin to the 2008 film, but this movie is a World War II adventure at its core. It follows a bunch of men in the army who are dropped in the middle of occupied France and their jobs are to take out German Nazis. Conceived by Abrams and written by Billy Ray and Mark L. Smith, this film also seizes upon the idea of Nazi human experiments and takes it to its extreme. It’s not that the Nazis in real life weren’t doing extreme things, but this movie takes it a little into comic book territory. In fact, it’s arguably a horror version of Captain America: The First Avenger (2011). It’s as if somehow George A. Romero directed that 2011 Marvel movie.

As the film goes along, I was also reminded of Roland Emmerich’s Universal Soldier (1992), but minus the homoeroticism and the cheeky humor, which makes the film less fun but more of a terror. Director Julius Avery leans into more of the body horror, the gross and gory moments. Avery even embraces aesthetics from other zombie films but not in a way to be all that scary. It’s a way to enhance the action and adventure. It gives it more stakes and makes the whole thing creepier. It’s an effective war thriller.

Jovan Adepo (Fences and The Leftovers) stars as Ed Boyce, a paratrooper who is part of an Army unit that is sent to destroy a radio tower in France. Destroying the tower will help the Allied soldiers who will arrive on D-Day because the tower is jamming communications. It’s never spoken in the film, but the codename for the entire D-Day operation, which would begin with an aerial assault was codenamed “Operation Overlord.” Boyce and his fellow soldiers are meant to facilitate that operation. They learn that the tower is built on top of a church, but when Boyce infiltrates that church, he discovers a secret laboratory where the Nazis are injecting corpses with some kind of serum that they hope will create invincible Nazi soldiers to enforce the Third Reich.

Four other soldiers join Boyce in the mission. There’s Cpl. Adam Ford, played by Wyatt Russell (Goon: Last of the Enforcers and Everybody Wants Some!!). Ford is the commanding officer and the one that is the most unsentimental and laser-focused on accomplishing the mission regardless of the casualties or sacrifices. There’s also Tibbet, played by John Magaro (The Big Short and Not Fade Away). Tibbet is the wisecracking guy who’s constantly running his mouth, making jokes or sniping comments. There’s Morton Chase, played by Iain De Caestecker (Agents of S.H.I.E.L.D.). Chase is the photographer and the least tough of them all. Finally, there’s Jacob Rosenfeld, played by Dominic Applewhite (The King’s Speech). Rosenfeld isn’t really distinguished all that much, except that he’s Jewish.

Avery isn’t making a sci-fi, Saving Private Ryan (1998). He isn’t even able to achieve a sci-fi, Fury (2014) in that, by the end, we don’t really care all that much about these soldiers. We don’t any more invest in them than we would avatars in a video game. It’s not the actor’s fault. The actors manage to breath personality into their characters, but the script keeps them mostly as action figures rather than as men. 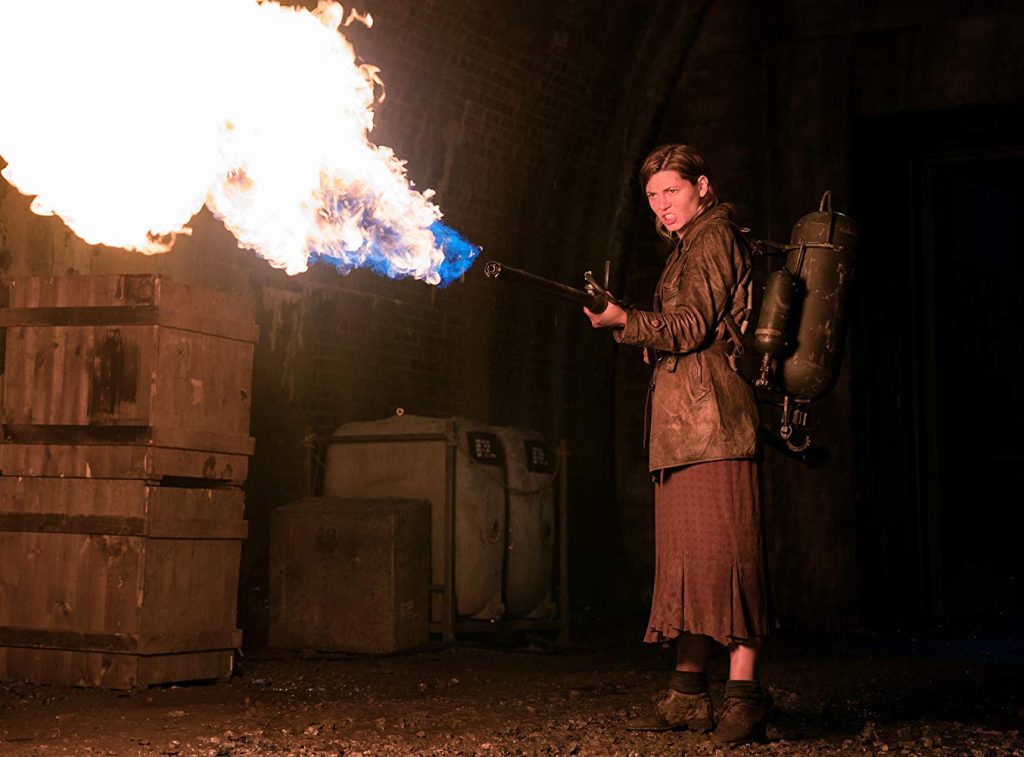 Mathilde Ollivier also co-stars as Chloe, a young French woman who crosses paths with Boyce and his unit, so she decides to help them by hiding them in her house, while the Germans patrol all around looking for them. She’s a tough girl, a scavenger and also a fighter who can wield whatever weapon pretty well. She has a sick aunt and a little brother named Paul of whom she’s very protective. The film doesn’t pass the Bechdel test, but it does give us a strong female character in Chloe or at least they give her one or two moments to be a bad-ass.

Unfortunately, like a lot of sci-fi films and especially The Cloverfield Paradox, the rules of the science-fiction don’t make a lot of sense. Rather, things get convenient when they need to be convenient. Namely, the serum in question has the ability to do certain things to people, but those certain things change from person to person. The different reactions might be realistic, but it’s better to have some consistency in these kinds of sci-fi. Otherwise, you can write off the whole thing. Putting that aside, the thrills are somewhat satisfying and makes for a good B-movie ride. 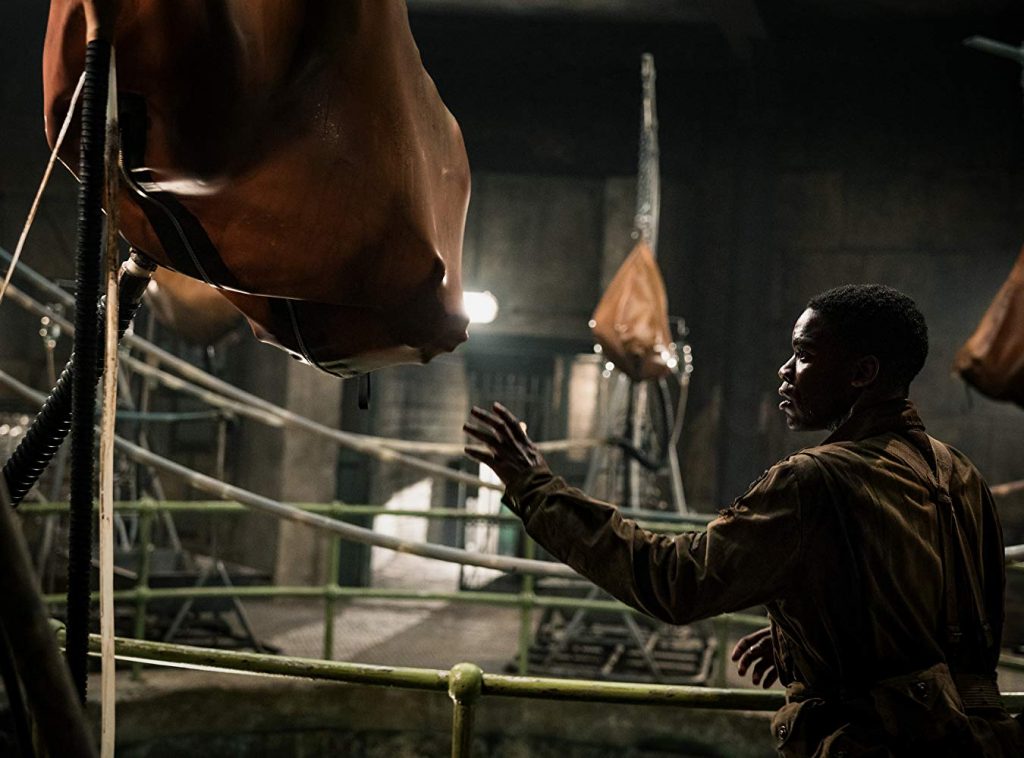 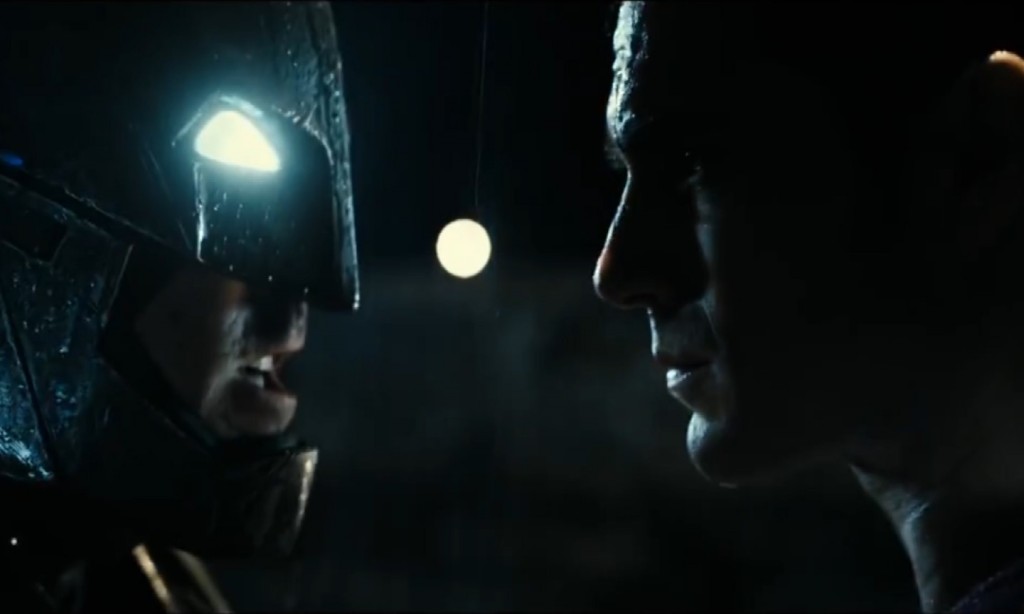 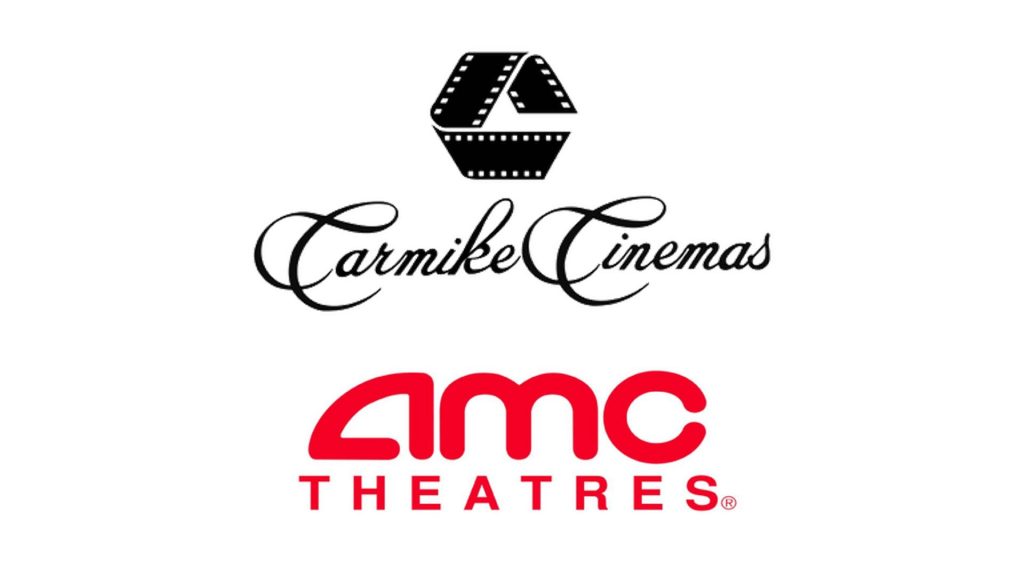 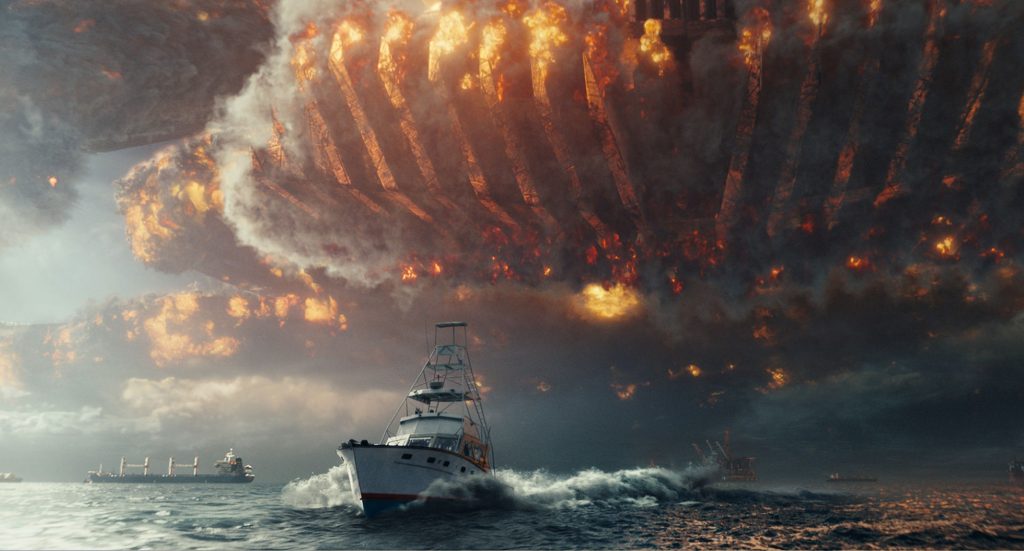