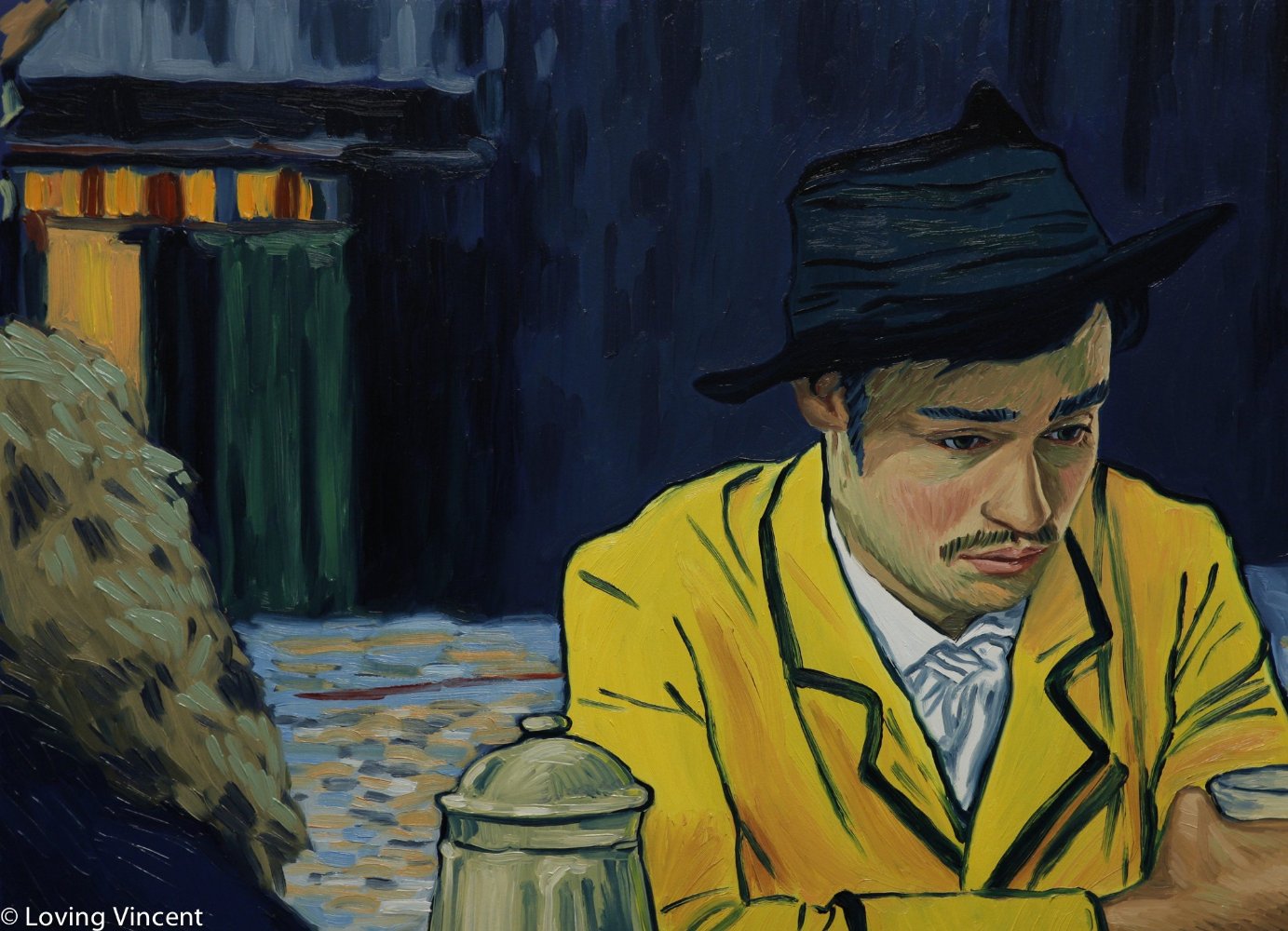 This film won a NBR Award. It was nominated for a Critics Choice Award and a Golden Globe in the animated feature categories. It’s notable as being the first, fully-painted, animated feature. Directed by Dorota Kobiela and Hugh Welchman, each of the film’s 65,000 frames is an oil painting on canvas, using the same technique as Vincent Van Gogh. A group of 100 or more painters created each frame with a 4:3 aspect ratio. The group consists of classically trained, pure, oil painters. The unique nature of this process will no doubt ensure that this movie gets an Oscar nomination. It’s set in 1891, a year after Van Gogh’s death and focuses on the son of a friend going to the place where Van Gogh died and inquiring about the death in which he suspects that Van Gogh was murdered. Reportedly, Van Gogh committed suicide, but the inquiry here theorizes that someone killed him and covered it up.

Douglas Booth (Noah and Jupiter Ascending) stars or provides the voice for Armand Roulin. Armand is one of several real-life people whom Van Gogh painted who become characters brought to life in this film. One of the best paintings of Armand is the version depicting the young man in a fedora and a bright yellow jacket with a pencil mustache. This is the version we see.

Chris O’Dowd (Bridesmaids and The Incredible Jessica Jones) is the voice of the Postmaster whose real name was Joseph Roulin. He was the father of Armand and good friend to Van Gogh. After Van Gogh’s death, the Postmaster gets a letter from Van Gogh but addressed to Van Gogh’s brother. The Postmaster, however, doesn’t know where Van Gogh’s brother is. He decides to send his son, Armand, on a mission to find the missing brother and deliver the letter. Armand is led to the cottage inn where Van Gogh died.

Jerome Flynn (Games of Thrones and Ripper Street) is the voice of Paul Gachet, a French physician who is also a bit of an artist too. After Van Gogh was shot in the stomach, Paul took care of Van Gogh until eventually dying of his injuries. Paul had counseled Van Gogh previous to that as well.

Saoirse Ronan (Lady Bird and Brooklyn) is the voice of Marguerite Gachet, the daughter of the French physician. She’s a reserved, soft-spoken, young woman who plays the piano, just as depicted in Van Gogh’s paintings, who perhaps had a relationship with Van Gogh.

When Armand starts to inquire about Van Gogh’s death, he starts to have suspicions about the Gachet family. Armand then begins to play amateur detective and questions other people about Van Gogh. He talks to the woman who runs the inn, Adeline Ravoux, voiced by Eleanor Tomlinson (Poldark and Jack the Giant Slayer). He also talks to the Boatman by the river, voiced by Aidan Turner (Poldark and Being Human) who when animated looks like Turner but rotoscoped. 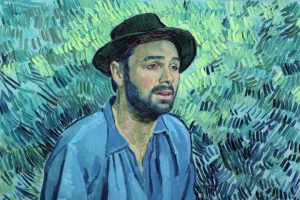 What he gets from Adeline and the Boatman leads Armand to think Van Gogh didn’t die by suicide and that the Gachet family had something to do with it. Another possible culprit emerges in Armand’s mind and he tries to pursue it. Turning Van Gogh’s death into a murder mystery is a good idea to make this whole thing engaging, but it doesn’t bridge the distance for those who don’t know much about the Dutch painter like myself. It’s more remarkable for its reverence of Van Gogh’s style as it does nothing more than ape it. It is a beautiful film though.

Playing at the Cinema Art Theater in Rehoboth Beach.

Earlier this year, Clint Eastwood did something that’s rarely[...] 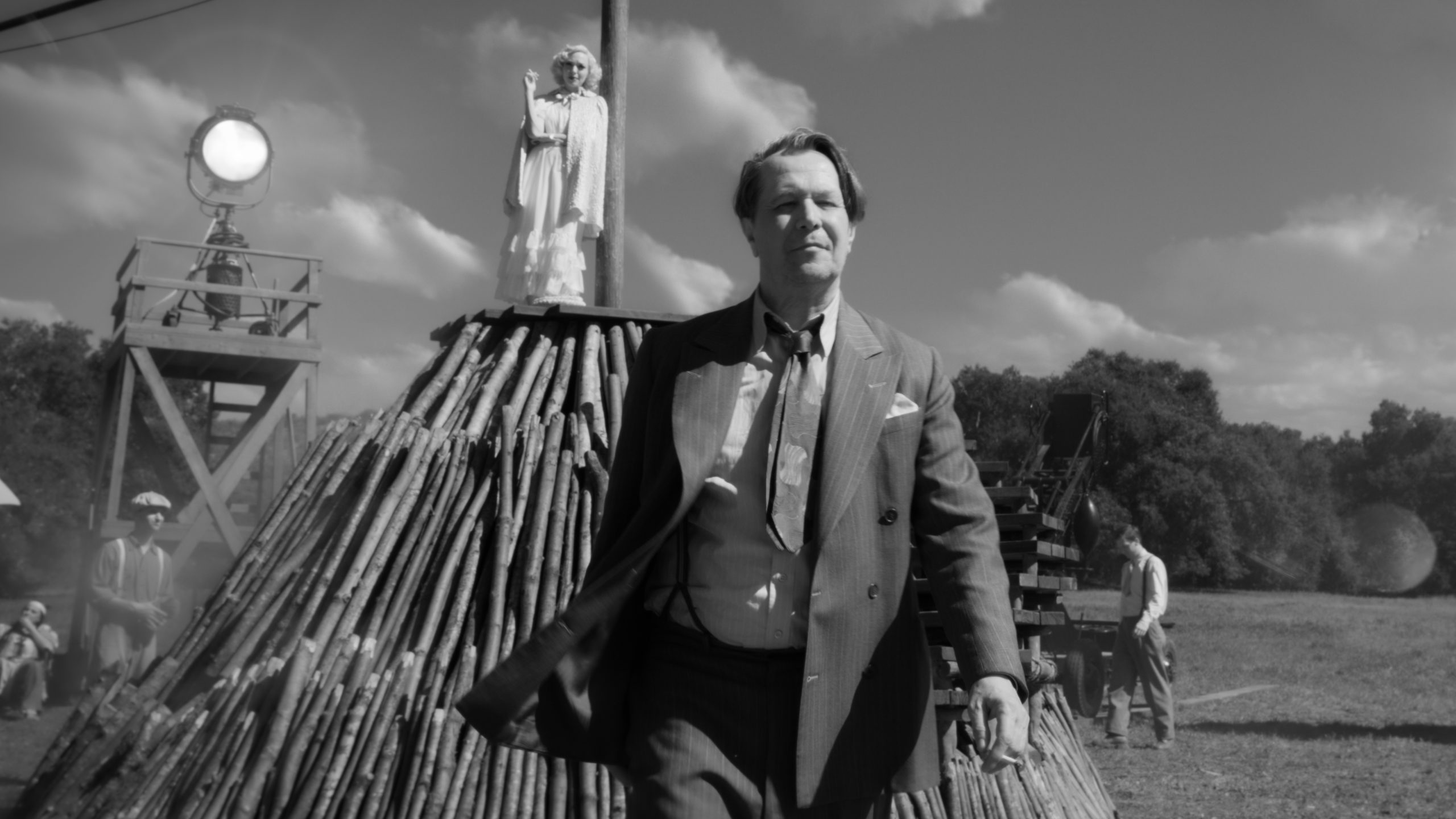 The nominations for the 93rd Academy Awards were announced.[...] 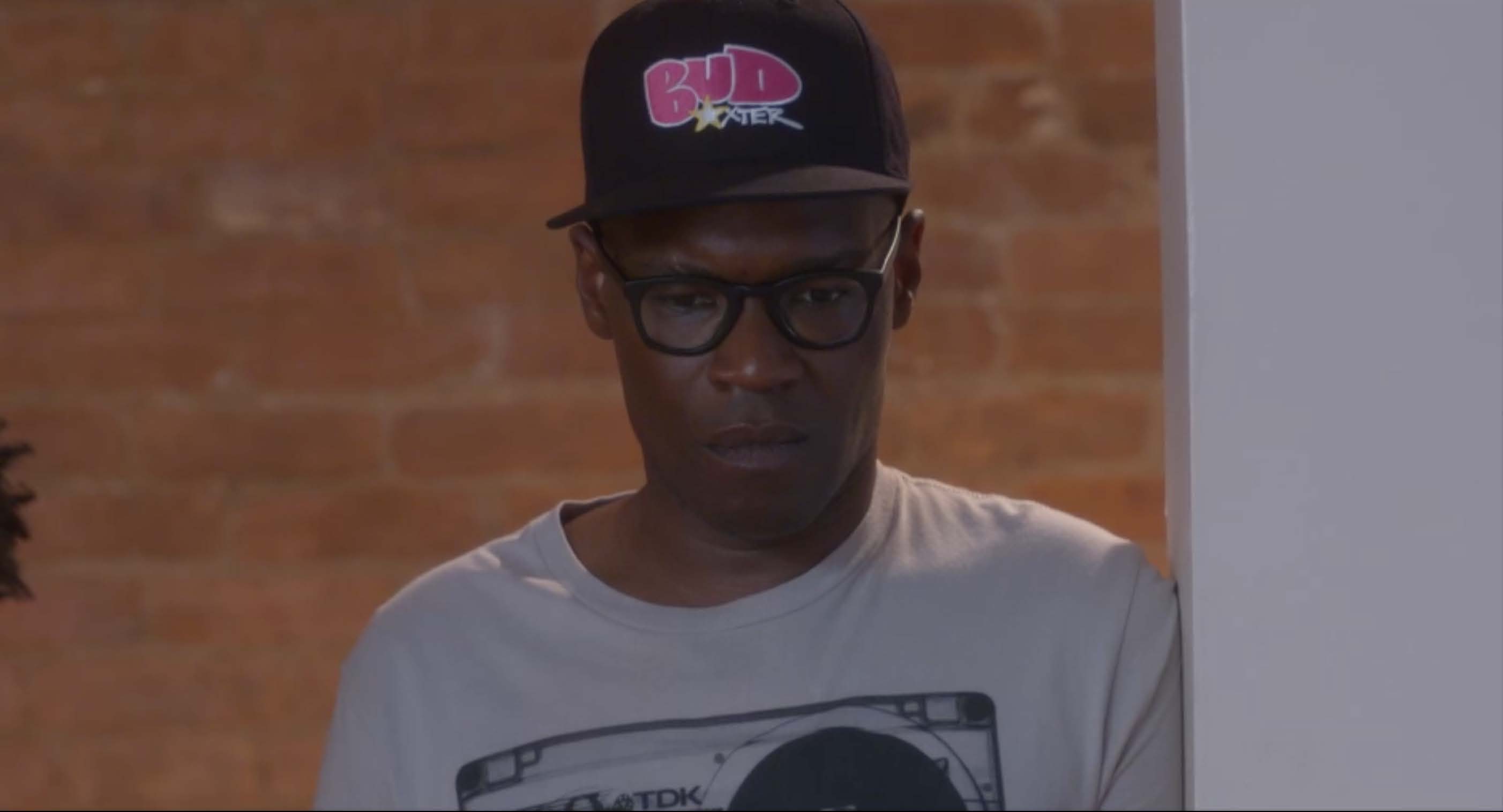