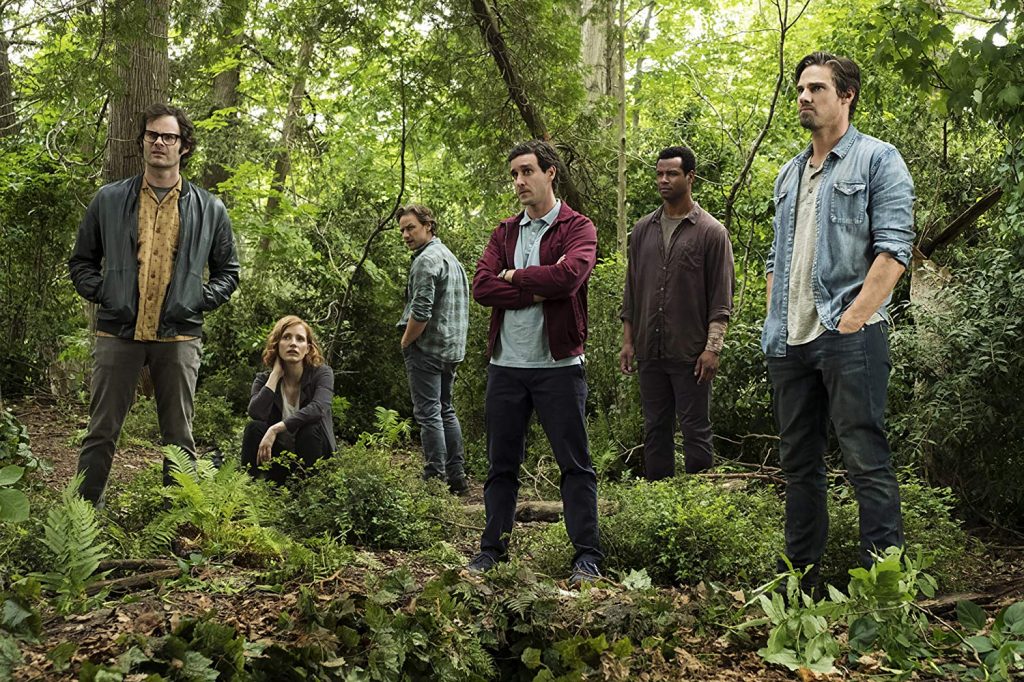 This is the sequel to the 2017 hit horror film about the supernatural killer clown who likes to eat people, especially children. It is an adaptation of the Stephen King novel. The book itself is divided into two sections. The first section focuses on a group of people as children who fight the clown. The second section focuses on the same group of people as adults, again fighting the clown. Warner Bros. and director Andy Muschietti divided the films the same way. The 2017 flick focuses on the group of children. This film focuses on the adults. This film, however, has a lot of flashbacks to the previous one. It’s important because the overall point of the book is to explore how childhood trauma can haunt or affect people into adulthood. But the flashbacks here retroactively make the experience of the 2017 film rather moot. The 2017 film allowed for a more detailed laying out of what the childhood traumas were, but most of those traumas are echoed here, enough that it makes the first film feel unnecessary in hindsight.

Some of the criticisms I had with the first film were seemingly rectified in this one, but new criticisms are created at the same time. Yet, this entry works better than the previous. One of the reasons why is because the clown feels more dangerous and more of a consistent threat. The previous film started off with a horrific death and is never consistent with any attacks that occur after it. The first film was just an excuse for a series of creepy scenes involving children, but those scenes weren’t consistent with a creature actually trying to kill the children. There is this idea that the creature feeds off the fear of the children as much as it feeds off their actual bodies, but it makes the creature objectively not as scary or not as much a threat. Here, that’s not the case. 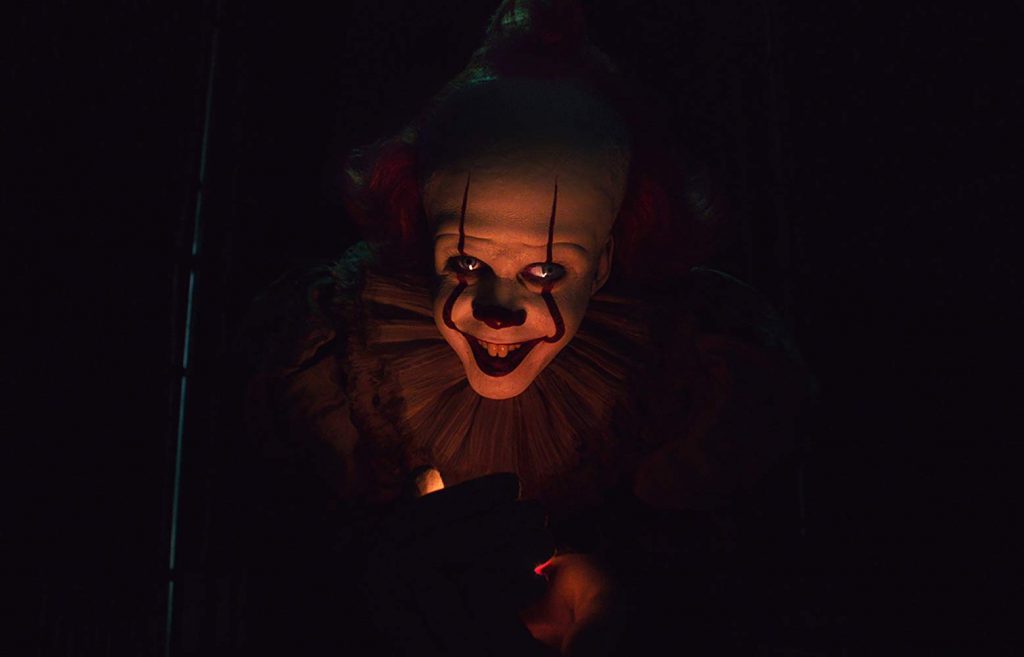 Yes, the clown, known as Pennywise, played by Bill Skarsgård, feels more of a credible threat here than in the last film. Unfortunately, the film still doesn’t really drive home that threat as well as it could have. There’s still a disconnect. Even though the stakes are greater here and the protagonists, who call themselves “The Losers Club,” are in danger of dying, that’s not underlined or underscored to a satisfying degree. It’s not until the end that one even considers the clown might actually kill them. Therefore, it’s difficult to get invested if the protagonists never feel truly under threat. Intellectually, we understand they are but it never truly feels real. A lot of it feels like optical illusions, which are disturbing and creepy to see, even monstrous literally, but the danger never feels solid.

The deaths that do occur, while horrific, ultimately feel peripheral to the protagonists. The opening to this film is one such example. A gay couple named Adrian and Don attend a carnival in the town of Derry, Maine. First, a group of homophobic guys attack them. Immediately after, Adrian is mutilated at the mouth of Pennywise. Don is even there to witness it in horror and disgust. After that opening, neither one of the two men are ever seen or heard again. It’s difficult to feel the weight of Adrian’s death and the loss of it if there’s no follow-up. The set-up is good, as we see the two men affectionate and kiss each other, but, without the follow-up, it comes off as ancillary and not integral. There was a great opportunity for the film to make it integral but the screenplay by Gary Dauberman doesn’t seize upon that opportunity.

Bill Hader (Barry and Saturday Night Live) stars as Richie Tozier, a stand-up comedian who doesn’t seem to have a personal life. He tours the country to huge, sold-out crowds, but it seems alone. In the book, it’s hinted that the character might be gay. In the previous film, the character as a child tells a lot of foul-mouthed jokes, typically penis jokes. It’s assumed that Richie did so in order to mask something but that something is never explored. He’s smart, funny and engaging. Muschietti does give Hader moments to shine as an actor, but the film never digs deeper with him as a character.

There are scenes from the previous film that are inserted in this one as flashbacks. There are also flashbacks that are in fact new scenes filmed specifically for this sequel. One of which is young Richie being called gay slurs. There are other scenes here with grown-up Richie that also hint that the comedian is gay. Yet, Richie never kisses a guy or verbalizes his same-sex attraction. The aforementioned opportunity that Dauberman didn’t seize is having Richie interact with Don and comment on his loss or trauma, but again Don is never seen or heard from again. It’s great that the opening scene can have a brief gay relationship on screen, but without one of our protagonists being openly gay and connecting those dots, having whatever gay representation here still feels regressive. 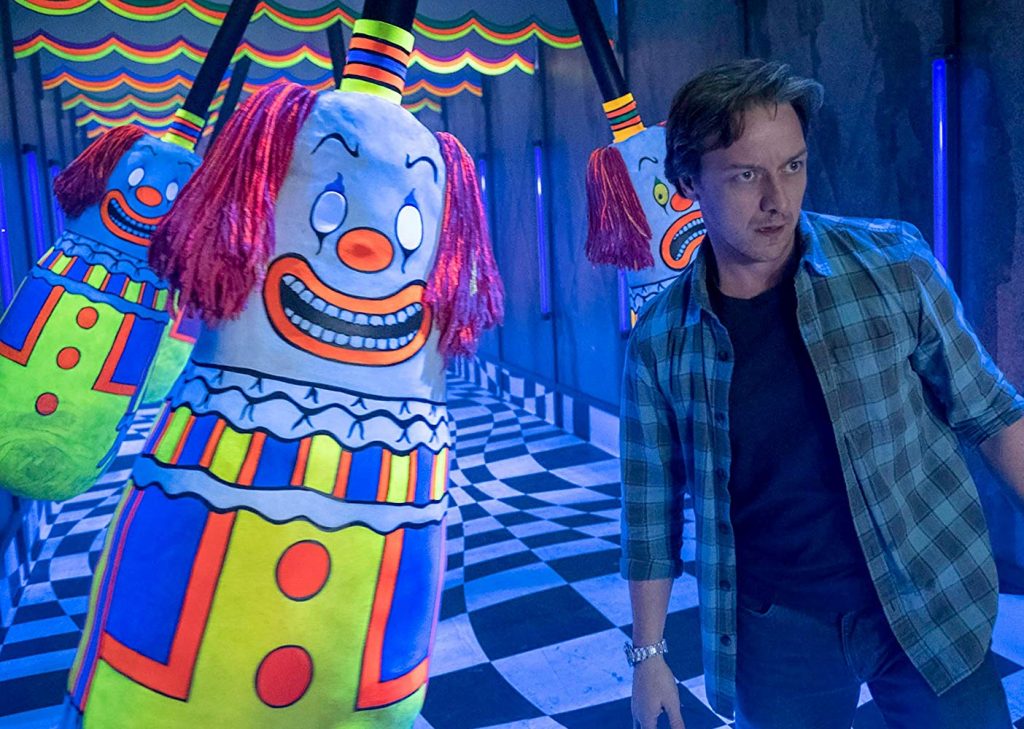 James McAvoy (Dark Phoenix and Glass) stars as Bill Denbrough, a writer and author not unlike Stephen King himself who is working on a Hollywood film and he’s dating the actress in that film. His childhood trauma is the death of his little brother. Bill blames himself for not being there for his brother whom Pennywise killed. Of all the main characters, Bill is the only one whose childhood trauma is developed and hammered with any kind of effectiveness. McAvoy’s accent leaves one confused but his stutter is good. It’s not as good as the stutter from Jaeden Martell (Midnight Special and St. Vincent) who played the younger version of Bill. Martell’s performance might actually be better.

Jessica Chastain (Dark Phoenix and The Martian) also stars as Beverly Marsh, a fashion designer who works with her husband who also seems to work in the fashion industry. Her childhood trauma is her horrible father who most likely sexually abused her. It’s possibly not a surprise that her trauma resulted in her marrying a man who was also abusive toward her. That really isn’t explored here much more either. Beverly becomes merely just an object to bounce like a ping-pong between two men over whom she’ll kiss. 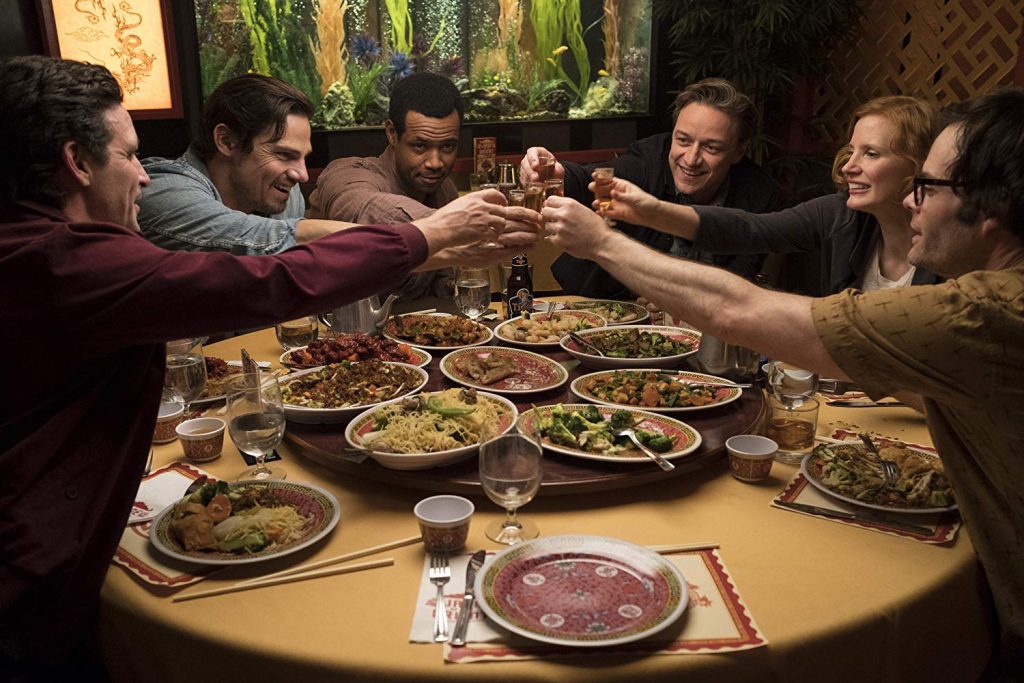 Jay Ryan (Beauty and the Beast and Neighbours) co-stars as Ben Hanscom, the architect or real estate developer who also lives a bit of a lonely or isolated life. He doesn’t even go to work. He communicates online through video chat instead. It’s odd because he’s a very good-looking and very sexy guy. The reason he’s a bit reserved or shy goes back to his childhood trauma. He was bullied as a kid because of his weight. He was the fat kid. He’s shed the weight and packed on muscle, but he still has that shy, fat kid mentality. The way that it’s expressed is through his interest in Beverly as he’s one of the two guys between whom she ping-pongs.

James Ransone (Generation Kill and The Wire) plays Eddie Kaspbrak, a risk analyst who works for an insurance firm. His job makes sense given that he was a hypochondriac when he was younger. His childhood trauma, in fact, was that his mother abused him with constant health-scares. His mother suffered from Munchausen syndrome by proxy. We see him battling his fear more than anyone else, as it is his defining trait. There’s a hint that he and Richie were in a relationship. Yet, it’s never explored on screen, which again feels regressive and is certainly frustrating. 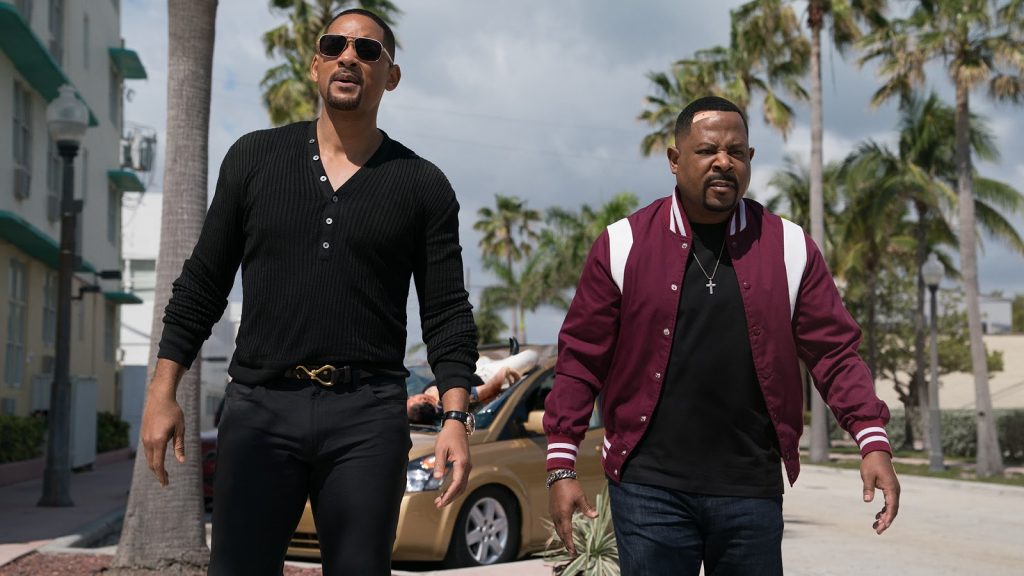 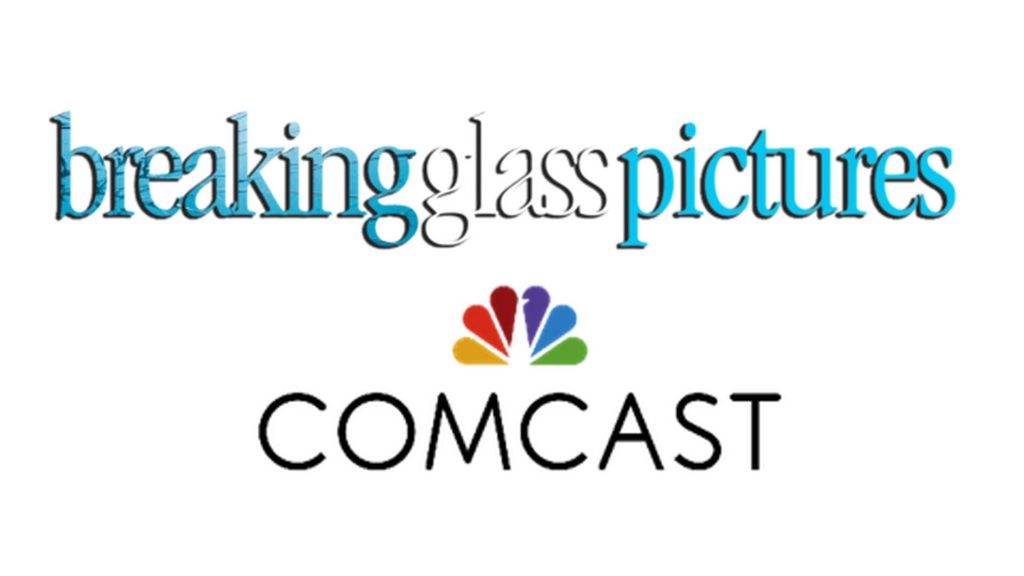 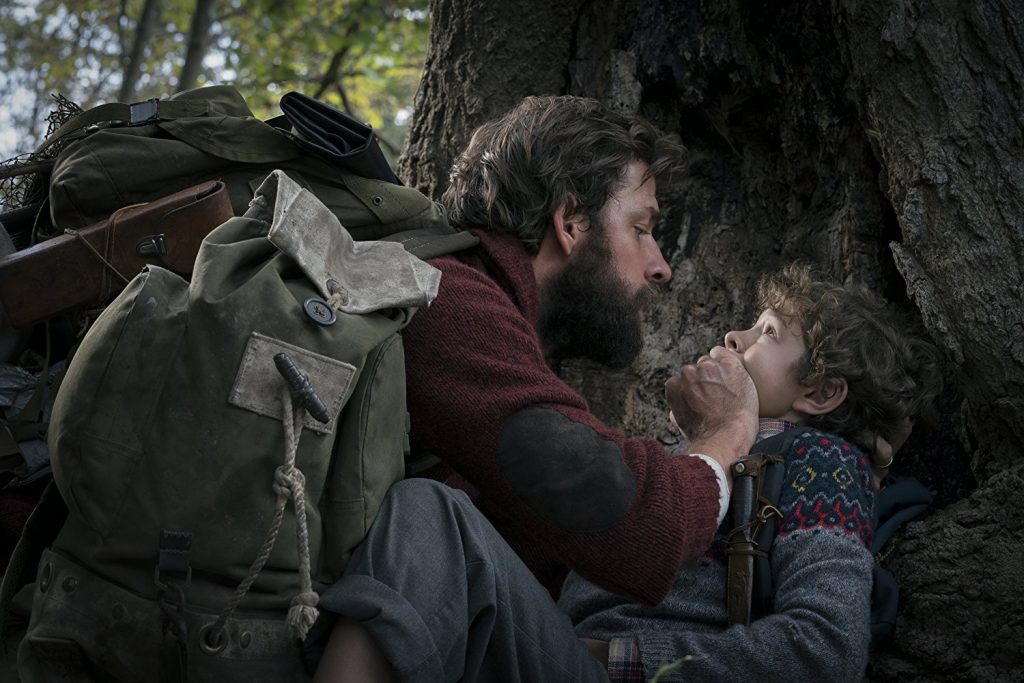 It's a monster movie and a really good thrill[...]