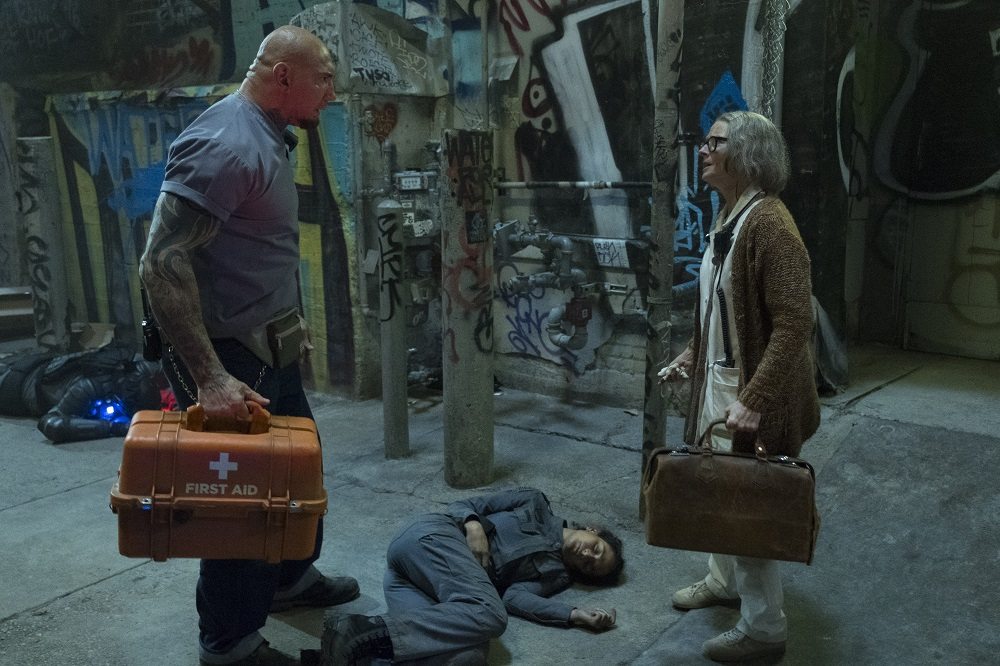 The hotel in John Wick (2014) got its own spin-off movie. Writer-director Drew Pearce in his feature debut must have seen that 2014 movie and apparently liked the scene where Keanu Reeves’ titular character goes to a special hotel where criminals go to hideout or seek respite but in which they have to abide by rules of civility while in the hotel. Pearce liked that scene or rather that sequence so much that he created an entire film out of it. Instead of anchoring it on one criminal who visits the hotel, Pearce anchors it on the hotel’s staff. The difference is that the hotel here isn’t simply a hotel for criminals to lay their heads and be out of view. The hotel here doubles for a private hospital where criminals come to seek medical treatment if a heist or illegal action renders them seriously injured, mostly as a result of being shot.

The movie is about one fateful night where the very existence of the hotel is threatened because desperation and necessity require the hotel to break the rules designed to protect it and those therein. If the movie had been about how an operation like this hotel can disintegrate due to the nature of the clientele who inhabit it, then this movie would have been fine. However, Pearce layers other stuff on top of it that muddle it. The whole thing is set in 2028 in a quasi-dystopian future where riots and chaos dominate the background, but I’m not sure what the purpose of that background is or what it adds to the film that’s essential or vital.

If this movie was a decent action flick, then that background could just be background without scrutiny. John Wick is a genuine action flick with multiple, intense sequences, at least three major sequences of intense action. This film in reality only has one, and it’s at the end. That might be enough to classify it as such, but this movie is basically a drama, a character study about a woman in this dystopian world. As such, the background should possibly inform that character study but I’m not sure it does.

Jodie Foster (Inside Man and The Silence of the Lambs) stars as a woman who has the training of a doctor or even a surgeon, but she’s called “Nurse” throughout this movie. Later, it’s revealed that her name might be Jean Thomas. She not only runs the hotel but she also performs all the medical procedures for every person who comes into the hotel. The hotel is a fairly large high-rise, about 12 stories or more, but only the top floors are used, the penthouse and several suites. The Nurse indicates that only a half-dozen patients are possible at once because each patient gets their own suite and a patient can only be a patient if he or she has pre-paid membership and a special implant as a criminal. She doesn’t let anyone inside unless they meet those requirements. She also doesn’t go outside, having become agoraphobic. She’s a bit of an elderly lady. Foster is playing older than her age, but she’s still very spry and quirky. She’s witty and non-judgmental, motherly and constantly carries an audio player. 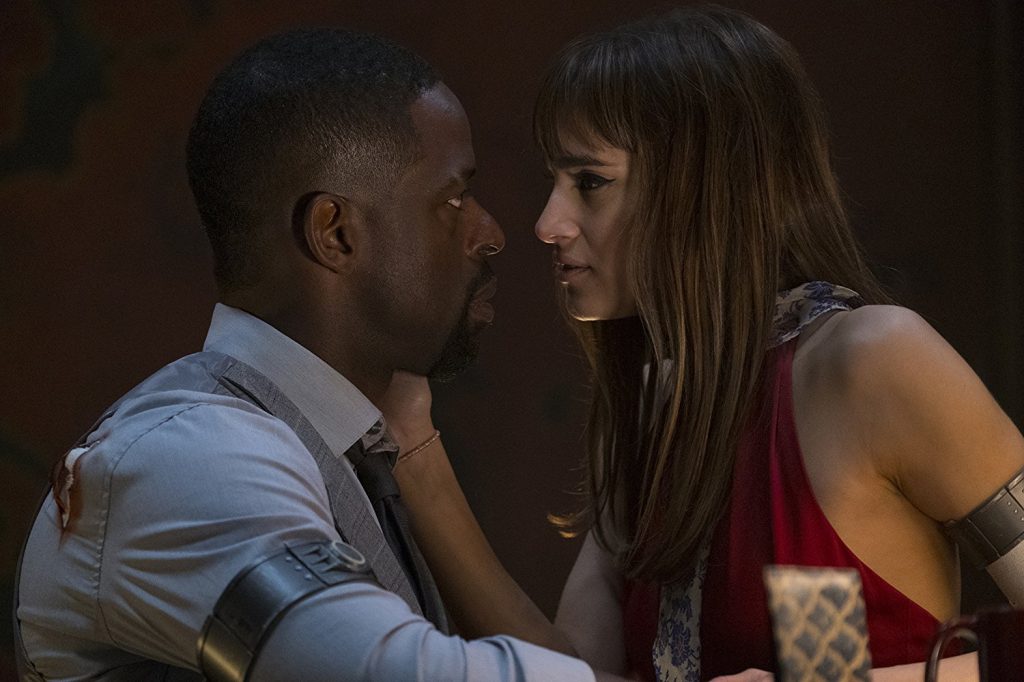 Sterling K. Brown (Black Panther and This Is Us) co-stars as a bank robber who comes across as a career criminal who works with his brother, played by Brian Tyree Henry (Atlanta and This Is Us). When a heist goes wrong, they go to the hotel, specifically because the brother has been shot. The Nurse allocates them to the Honolulu suite. It’s called Honolulu because the suite has a Hawaii theme and décor to it. As a result, the brother is codenamed Honolulu and Brown’s character is called Waikiki. Waikiki learns that his brother has stolen yellow diamonds worth millions of dollars from the city’s top gangster and that gangster is on his way to the hotel, but Waikiki can’t leave because his brother needs time to heal from being shot.

Jeff Goldblum (Thor: Ragnarok and Independence Day: Resurgence) plays Orian Franklin aka Wolf King, the aforementioned gangster who arrives at the hotel having been shot too. There’s no explanation for what happened to him. He arrives with a large entourage, including his son Crosby, played by Zachary Quinto (Star Trek and Snowden), and a dozen or more thugs. How the Wolf King is injured but none of his thugs are seems odd, which suggests Wolf King was alone when he was shot but no explanation is given as to how that happened, which makes his singular injury feel contrived. He doesn’t even acknowledge the stolen diamonds. Pearce’s film fails to connect the dots there.

Sofia Boutella (The Mummy and Star Trek: Beyond) also co-stars as a French assassin who has ulterior motives for being at the hotel, other than to heal the bullet-wound in her arm. Fortunately, there is a French-themed suite at the hotel called Nice, so she’s referred to as Ms. Nice. She’s just a hired gun though, a plot-device to be an agent of chaos in the narrative. Who hired her and why remain unknown by the end of the film. She talks to a nameless, faceless and voiceless person. Again, if this was just a sheer action flick with nothing on its mind but energy and movement, then it would be fine if her boss was never identified, but since this is more a drama, without that context, Nice’s placement here falls flat. I almost thought that in a twist, the Nurse was Nice’s employer.

That was not the case, despite the drama focusing on the Nurse’s back-story and revealing why she works at this hotel and a tragedy in her past. Foster gives a good performance, but she has a critical moment with the Wolf King that doesn’t land as well as it could have. She also has a strong connection with Everest, the muscle-bound orderly who helps the Nurse run the hotel and offer protection. Everest is played by Dave Bautista (Guardians of the Galaxy and Blade Runner 2049). His scenes with Foster are interesting and enough to sell us on a kind of mother-son bond, but it’s a shame that the movie doesn’t delve more into it. Charlie Day (Pacific Rim and Horrible Bosses) has a supporting role here that’s meant to be funny, but it’s not much of anything. 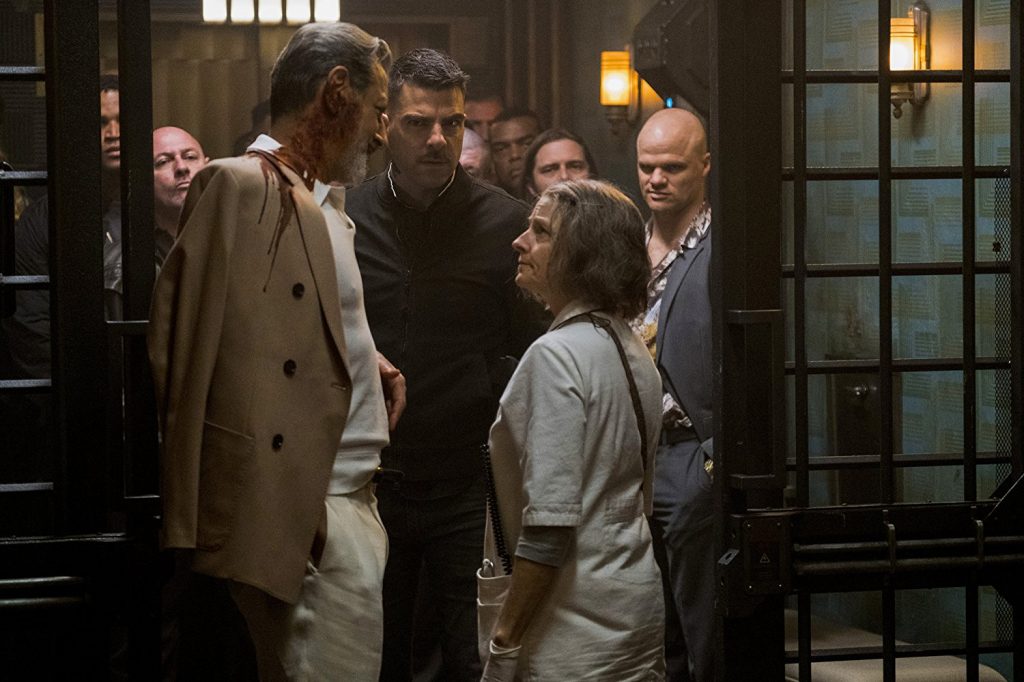 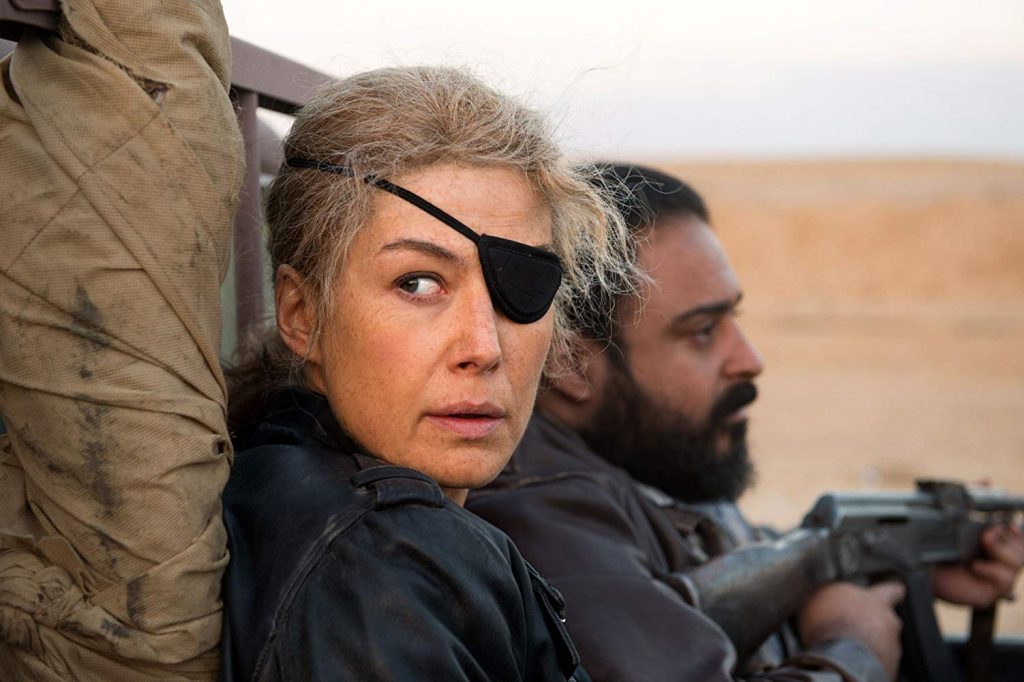 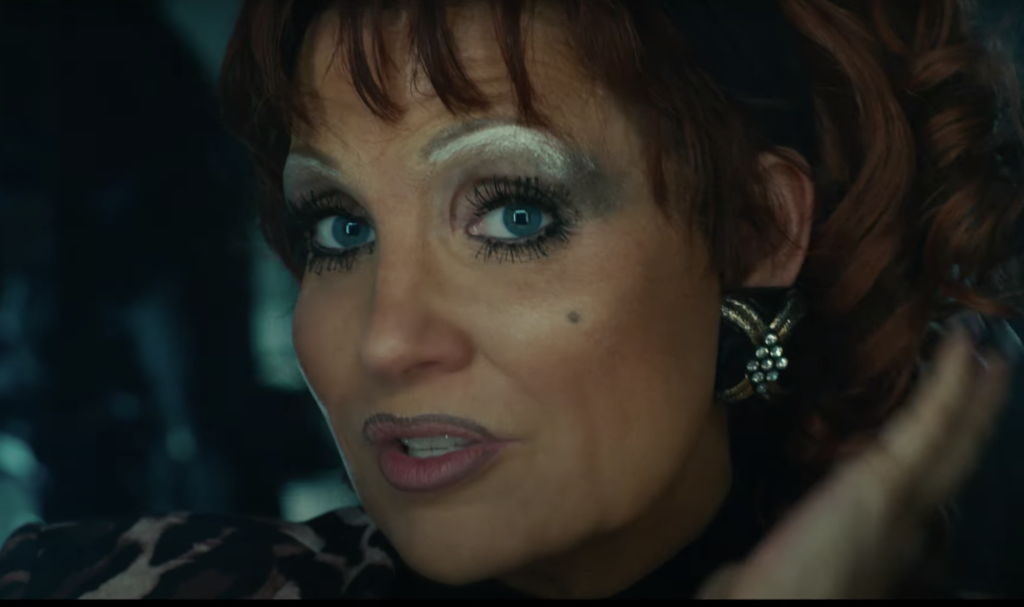 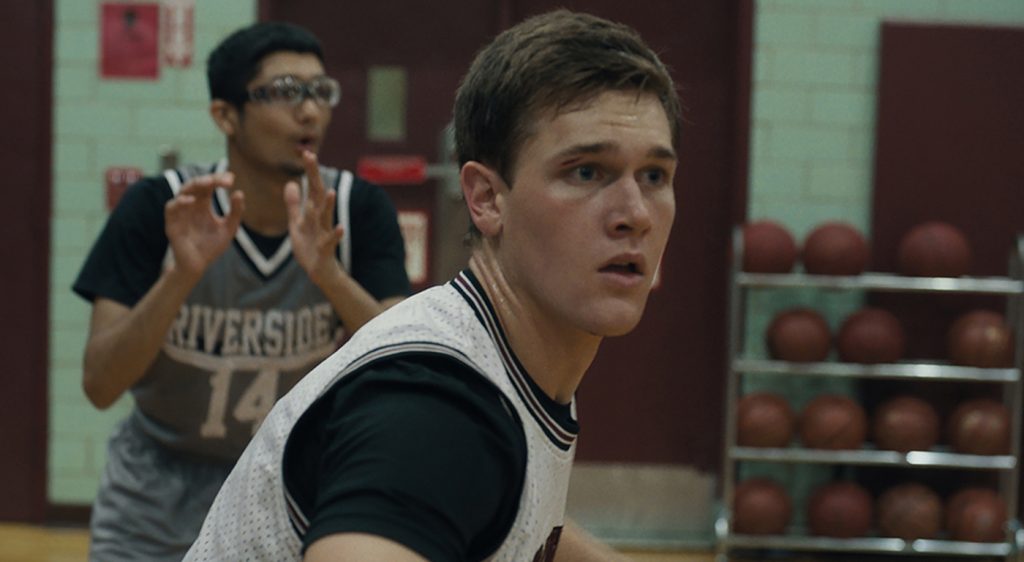