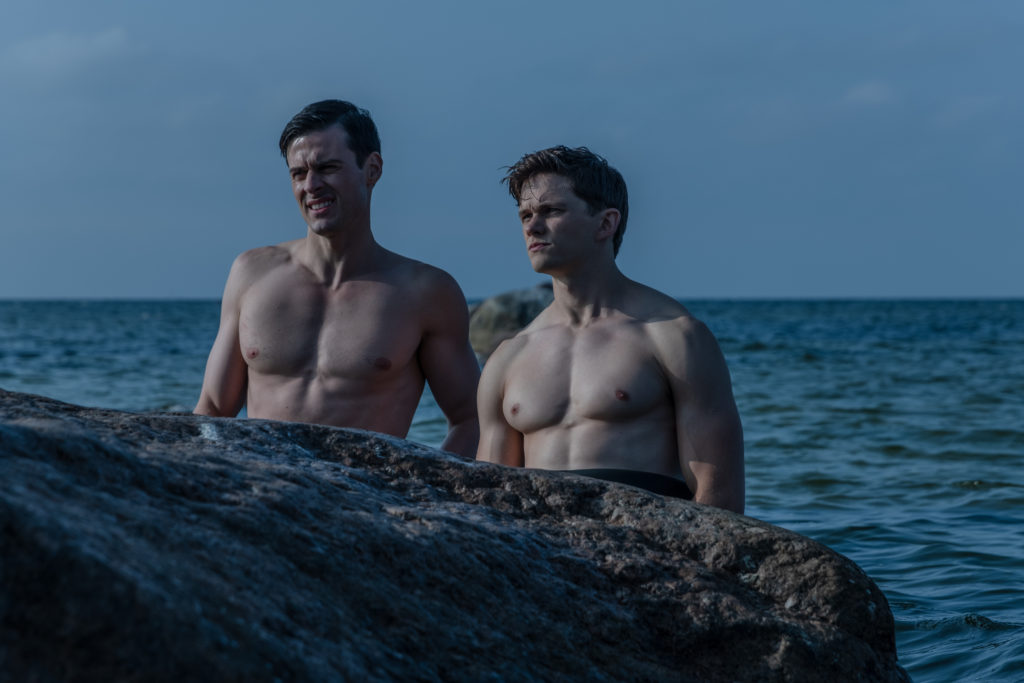 Estonian director Peeter Rebane’s debut narrative feature is all about Russian homophobia. He says as much at the conclusion of his film by reminding us that in 2013, Russia passed a law banning “homosexual propaganda,” which basically makes illegal any talk publicly or any publishing of material about homosexuality or LGBT subjects. It’s a law that has resulted in more violence and hate crimes toward LGBT people. Even though homosexual acts have been legal since 1993, the country is considered one of the most homophobic countries in the world outside the Middle East and Africa. Even though this film is set in Estonia, the Russian influence was very strong in that now Eastern European country. The film is set in the late 1970’s and early 80’s when Estonia was still apart of the Soviet Union.

Based on the memoir The Story of Roman by Sergey Fetisov, this film details the experience of a military private who falls in love with a fighter pilot at an Air Force Base in Soviet-occupied Estonia, beginning in 1977 and following the two young men for over four years. Besides the threat of being potentially more harsh and stringent, Fetisov’s memoir is not that dissimilar from D.M.W. Greer’s Burning Blue (2014), which was about Greer’s experiences as a Naval pilot around the same time period and is a realization of Quentin Tarantino’s gay interpretation of Top Gun (1986). Instead of being possible subtext, the queer themes are right on the surface. Rebane’s film centers on the struggle to live and survive in a repressed culture that would be hateful to you if you were your true self. 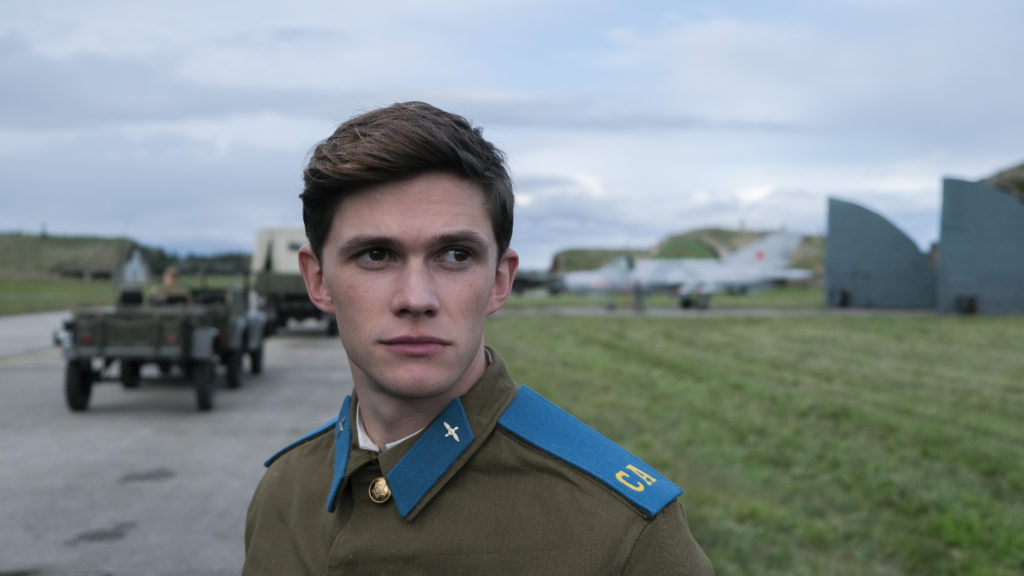 Tom Prior played the son of Eddie Redmayne’s character in The Theory of Everything (2014), which was good casting because he does look like he could actually be the son of the Oscar-winner. Here, Prior stars as Sergey, a military private who has no interest in making a career out of the air force. He instead wants to be an actor, studying Shakespeare. Yet, he does have an interest in photography.

Oleg Zagorodnii co-stars as Roman, the fighter pilot who becomes the love interest of Sergey. Unlike Sergey, Roman does want to have a career in the air force. He’s in fact an officer, a lieutenant. He loves to fly. The film doesn’t provide many scenes of Roman in the cockpit doing what he loves. It’s similar to Burning Blue in that regard. The production design is such that it feels like they were able to re-create the actual Estonian Air Force Base or maybe shoot on location, but we don’t get too many scenes of Roman in the air to sell that aspect. 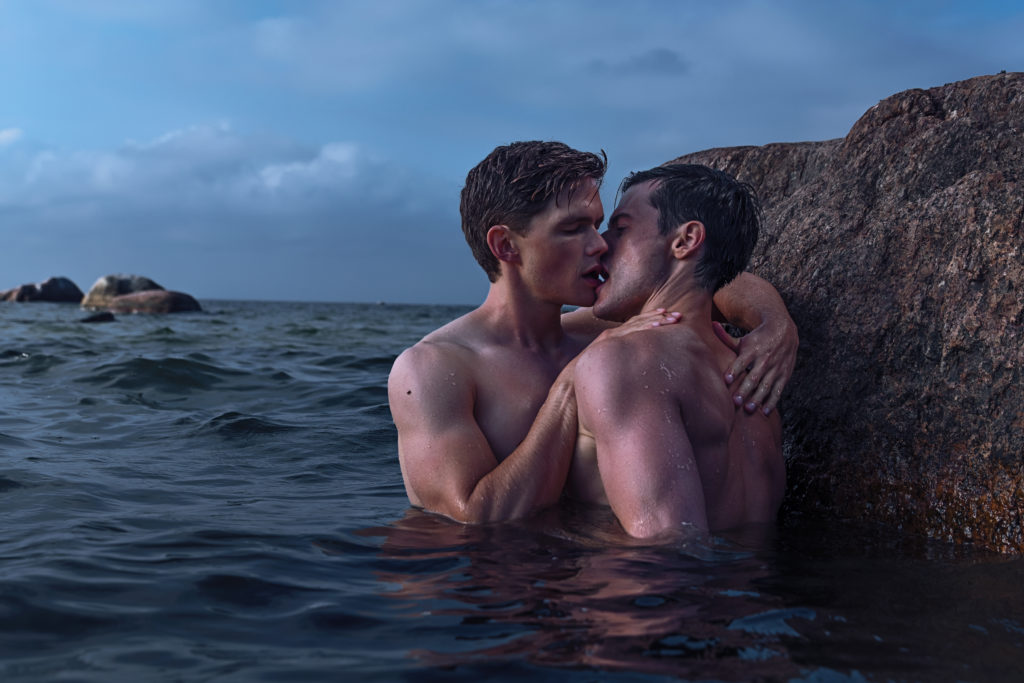 There is one scene of action that looked like it could have been ripped from Top Gun or a film akin to that. The opening sequence of the film features a shot of the flames emanating from a jet engine, the afterburner. It invokes the idea that the title of the film is in reference to those jet engines. However, the title is actually in reference to a ballet, possibly the one by Igor Stravinsky. The ballet was inspired by a Slavic legend or myth. The myth is about a magical creature that is both a blessing and a curse. Metaphorically here, that could be representing the homosexual love between Sergey and Roman.

There was a point where the film veers toward comparisons to Brokeback Mountain (2005). One scene in particular invoked that 2005 Oscar winner where we see Roman rushing off from his wife, Luisa, played by Diana Pozharskaya. It’s interesting to see how influential Brokeback Mountain has been, especially when it comes to international cinema. So many films from around the world have done their version of that 2005 story or dynamic. The dynamic is such is that of the two men in love, one breaks free to live a more open life while the other stays more repressed. 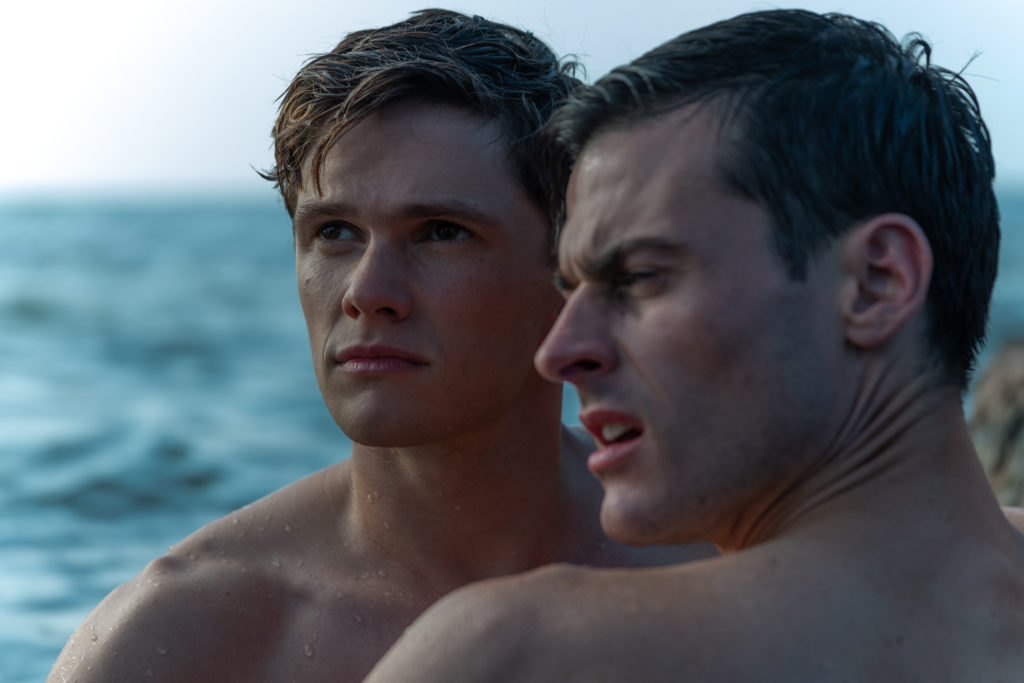 In films like Brokeback Mountain, Burning Blue and Yossi & Jagger (2003), another film about closeted gay men in the military, the man who’s more open ends up physically suffering. This film is the reverse. Rebane’s film also mimics the final shot of films like Call Me By Your Name (2017) and Portrait of a Lady on Fire (2020) where it’s all about the emotional inner life of its protagonist. Prior has a great face that focusing on it for an extended period of time works.

Not Rated but for mature audiences.
Running Time: 1 hr. and 46 mins. 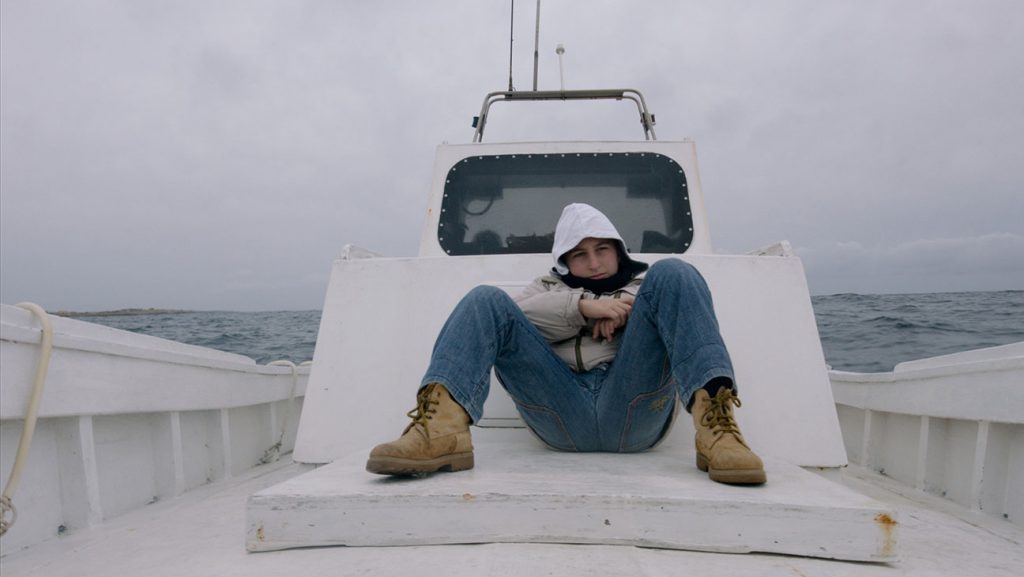 The film won the Golden Bear, which is the[...] 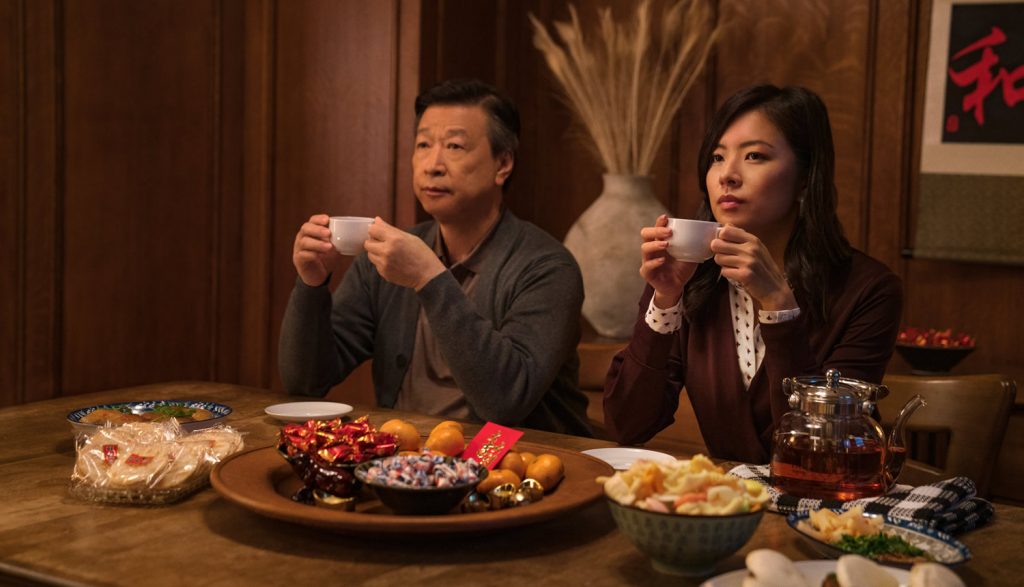