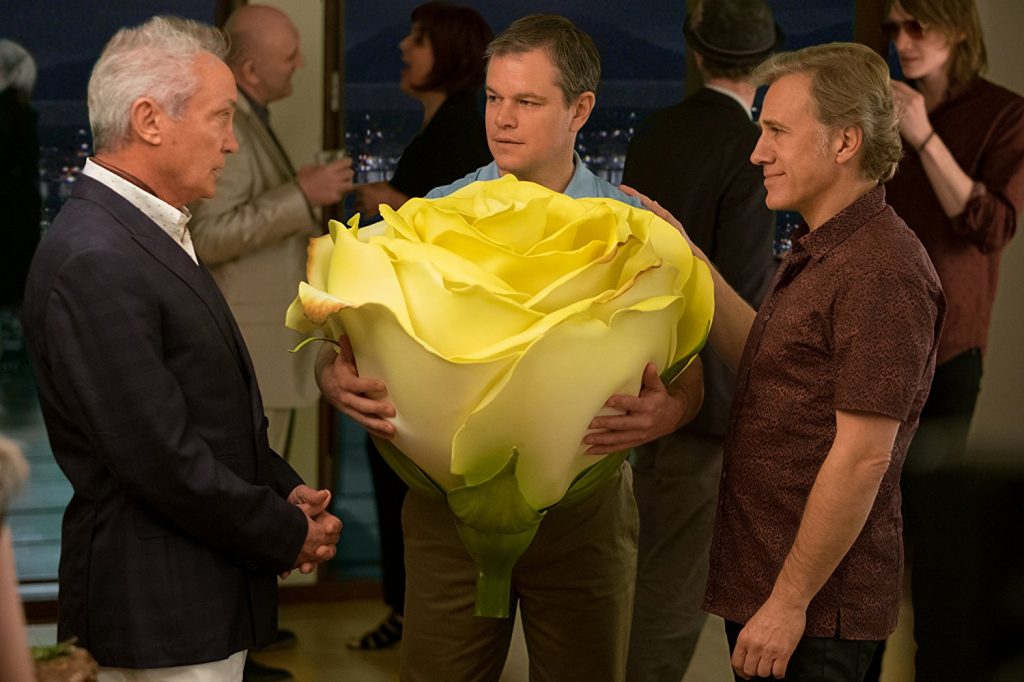 Director and co-writer Alexander Payne comes up with an interesting idea but doesn’t explore it in the best way possible. That idea, the premise of this movie, is a Norwegian scientist invents a machine that can shrink human beings. The initial idea is to solve the problem of overpopulation, which is contributing to climate change. There are dozens of issues that shrinking people would cause beyond the ones shown in Honey, I Shrunk the Kids (1989). There are various socioeconomic issues that this film barely addresses. It raises a lot of those issues but then skirts by them in favor of a quirky love story and a doomsday scenario that only draws focus from the other, more interesting issues at hand.

Matt Damon (The Martian and The Bourne Identity) stars as Paul Safranek, an occupational therapist in Omaha, Nebraska. He’s married and has no children. As a result of medical problems with his mother, Paul has not been able to have an ambitious career as a doctor like he might have wanted. He has further financial problems, which lead him and his wife to consider going small. Paul learns that the Norwegian shrinking process can mean an end to financial problems because due to economies of scale. The cost to house and feed a human who’s only five or six-inches tall is supremely less than a human who is five or six-feet tall. Basically, a dollar for a normal-size human translates to a million dollars for a shrunk human.

Cities or protected communities for shrunk people have been built. These communities probably have the smallest carbon-footprint ever, but it’s never quite clear how these communities operate. They’re not totally self-sufficient like an actual city. They need to be regulated by normal-size people but at the same time they need protection from the normal-size world.

If shrunk people want to travel from one city to another, they need to use normal-size transportation. Normal-size buses or planes are used. Those buses and planes simply have special provisions for shrunk people, just as they have for disabled humans. Ultimately, for shrunk humans to function, normal-size humans are still required, so only a certain percentage of humans total can or should be shrunk. The movie never identifies a goal percentage. It also never underscores the symbiotic relationship between shrunk people and normal-size people. It suggests the resentment and bigotry that some people might feel about this relationship, but the film never goes anywhere with it.

There’s also never any acknowledgment that shrunk people are called small people, but this is a bit of an affront to people who are born with dysplasia or some kind of dwarfism. It’s odd that a movie constantly talks about shrunk people as small or little people, but we don’t get the actual perspective of people born of short stature like Peter Dinklage or somebody.

One suspects that there is a danger for shrunk people in the world. There’s mentions of insects or birds, but it’s not as if shrunk people can go walking even in a city like Omaha. The film doesn’t really deal with relationships between shrunk people and normal-size people. The film focuses a lot on the process of shrinking than on the dynamics between the big and small worlds. 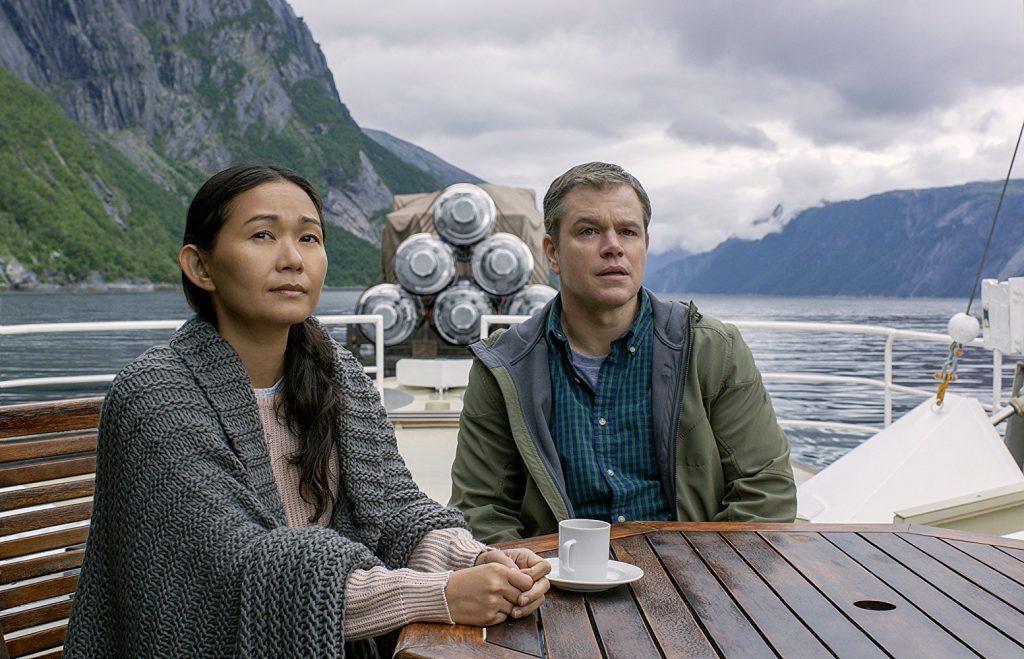 Hong Chau (Big Little Lies and Treme) co-stars as Ngoc Lan Tran, a Vietnamese immigrant who is shrunk against her will and comes to live in Leisureland, a community for shrunk people in New Mexico. Ngoc Lan lost her leg but works as a maid. She runs her own cleaning company in Leisureland. Yet, she’s poor. She doesn’t technically live in Leisureland. She lives just outside its walls in a ghetto that doesn’t even make sense. How it’s there and why it’s there are never explained. Given that it costs or would cost practically nothing to house and feed them, it’s never explained how all these people could be living in squalor. The film doesn’t bother to address this ghetto’s existence.

Then, out of nowhere, the film veers off and takes Paul and Ngoc Lan to a third act that literally abandons the issues established in the shrunken community. It tries to present a scenario akin to that in Wall-E (2008), Wayward Pines (2015) or simply that of Noah’s ark. It possibly wouldn’t have been so bad, if this scenario didn’t come so late and not account for so many variables. The moment the scenario is introduced, the choice Paul is given is obvious, making the ending predictable and unsatisfying. It does lead to a pretty, funny gag that is the only, truly funny moment in the entire film. That moment is lessened by the fact that Ant-Man (2015) did the same gag but only more effectively because that movie did a better job of contrasting and defining the relationship between the big and small worlds. 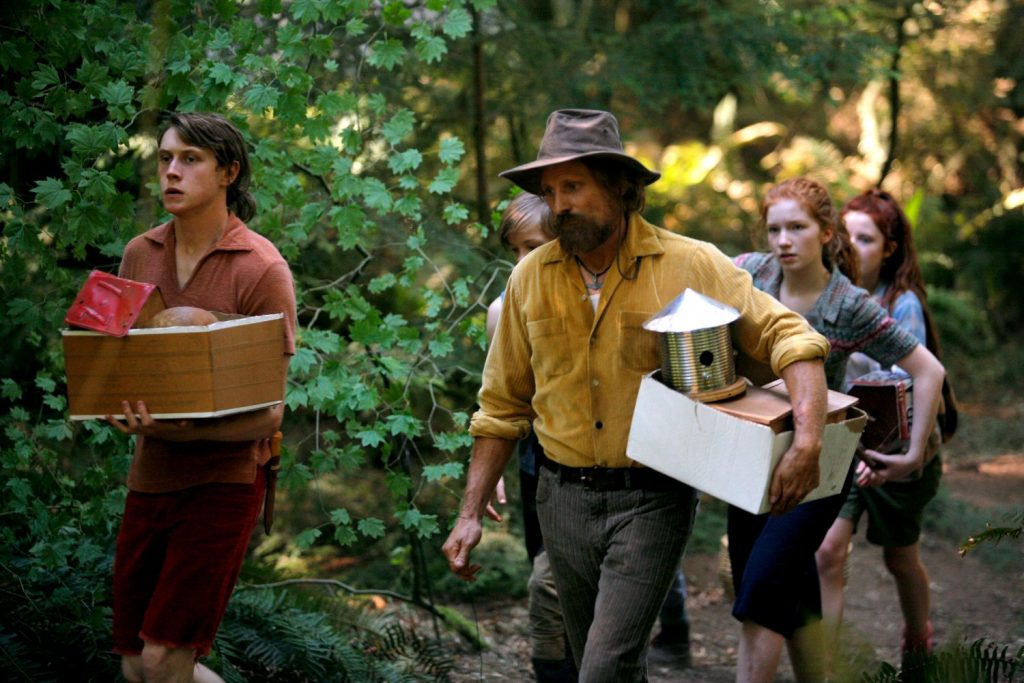 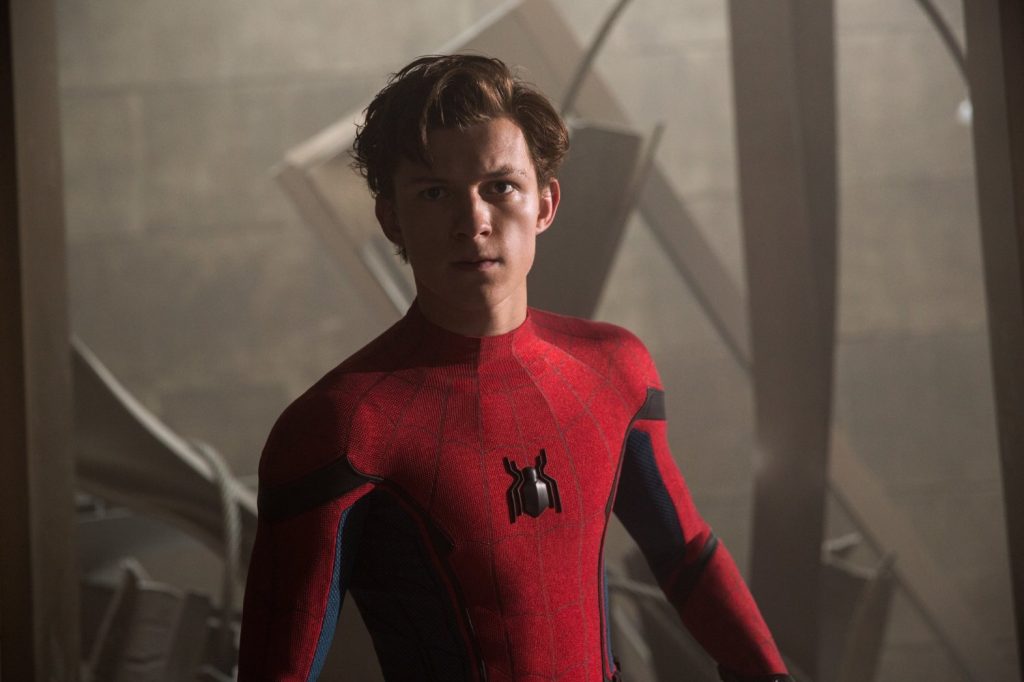