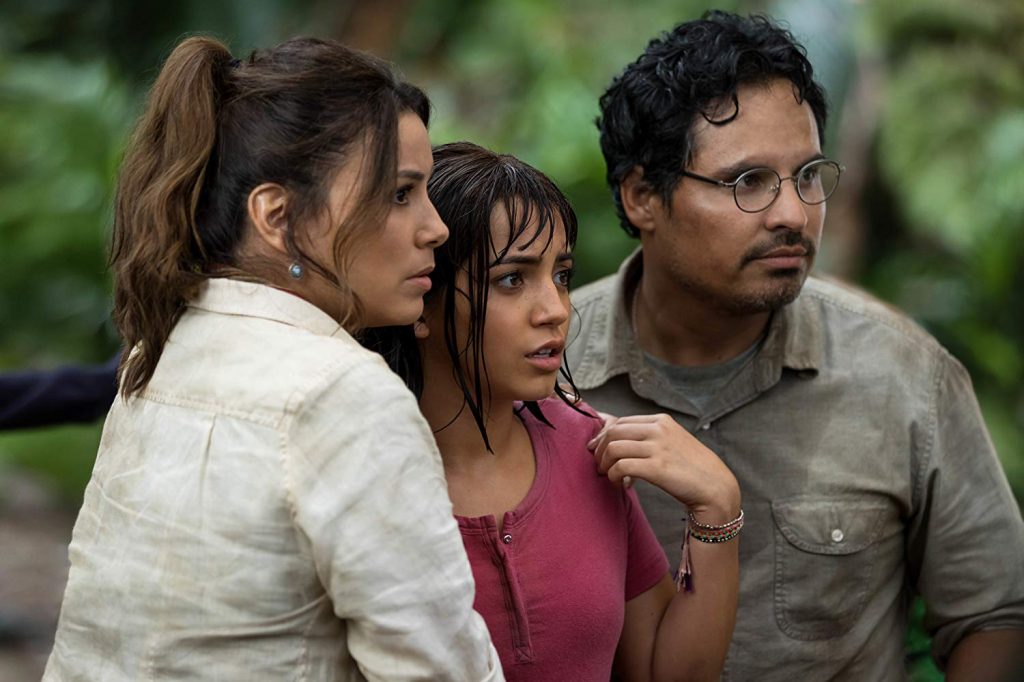 Nickelodeon’s Dora the Explorer began in 2000. It is one the longest-running programs on the network. It’s an animated series aimed at preschool children. It has since become iconic within and without the Latino community. It’s mostly educational with the same tone and narrative-level as something like Sesame Street or Blue’s Clues. The titular character was only around 7-years-old. Eventually, the character was aged-up into a preteen or tween. This film does the same, making the protagonist a high school student. With the action-adventure element involving preteens, this film could be classified alongside classics like The Goonies (1985). There are some fantastical elements to this, but it doesn’t lean into them as The Chronicles of Narnia: The Lion, the Witch and the Wardrobe (2005) or the recent A Wrinkle in Time (2018).

Actually, one of the films that came to mind while watching this live-action adaptation is The Kid Who Would Be King, which was released earlier this year. That film though was aimed more at older audiences, such as actual high schoolers or possibly even older than that. This film skews younger, yet the characters on screen are older. This film doesn’t have the same maturity. It’s also more comedic. This film never truly goes to the slightly dark places as The Kid Who Would Be King, which was never truly that dark by the end. However, that slight bit of darkness gave that film a bit of gravity that this film doesn’t have.

Of course, there’s nothing wrong with being light and airy, as well as a bit silly. Unfortunately, I just don’t think this film has the ingenuity or the emotional weight to be as memorable as The NeverEnding Story (1984) or Jumanji (1995). If it is remembered, it will do so for not much more because it was the live-action adaption of the beloved children’s cartoon. 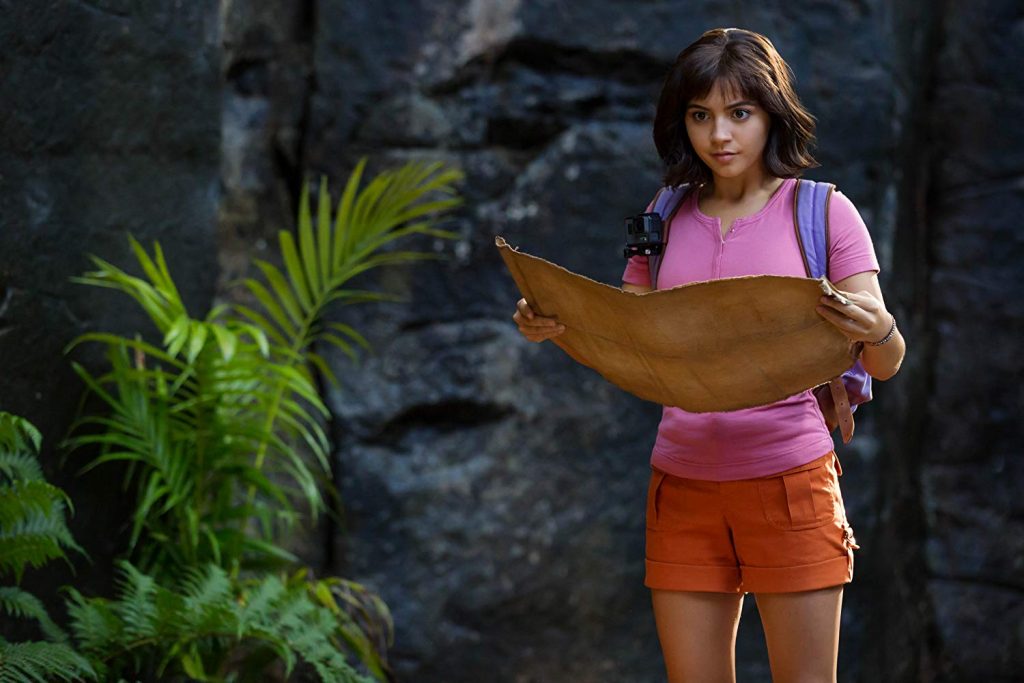 Isbela Moner (Instant Family and Sicario: Day of the Soldado) stars as Dora Marquez, a 15- or 16-year-old version of the iconic character. She lives in the jungles of Peru with her parents who are both scientists. She spends most of her days going out into the jungle to survey the area and learn what she can see and find. She’s very happy-go-lucky and enthusiastic about doing so. She mostly skips through the jungle, eager to discover whatever animals or plants or archaeological relics. She’s like a Hispanic teen version of Steve Irwin or Jack Hanna, mixed with Indiana Jones.

Her parents embark on a journey to find what’s called “Parapata,” which is the name of an Inca city, known for holding a huge treasure. However, instead of letting Dora accompany, her parents send her to live in Los Angeles with her aunt and uncle, as well as her cousin. Dora then has to adjust from life in the jungle to life in the urban jungle as it were. Yet, the culture shock is akin to what we’ve seen in other films regarding the divide between jocks or the popular kids versus those considered nerds or geeks. Dora fits squarely in the latter category. It’s also basically a divide between cynicism and ennui versus optimism and passion, which again Dora fits in the latter. 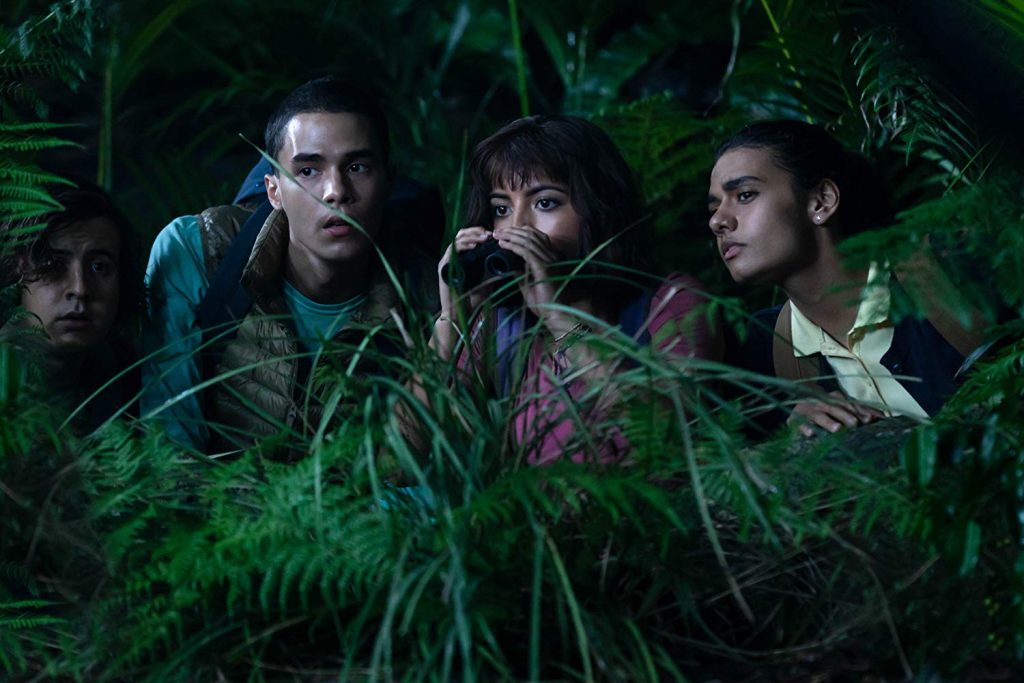 Jeff Wahlberg, the nephew of Oscar-nominee Mark Wahlberg, co-stars as Diego, the cousin or “primo” of Dora. He used to live in the jungle when he was prepubescent, but eventually he left. He’s now mostly been raised in Los Angeles and has fully been adapted to city-life. When Dora comes to stay with him, he’s embarrassed by her optimism and passion for science. He’s about the same age as her, but he sees her as an annoying little sister-type. He seems to subscribe to social cliques of high school that most are familiar. It’s not clear to what clique he belongs, but one would assume he’s perhaps a jock.

Madeleine Madden (Pine Gap and Picnic at Hanging Rock) also co-stars as Sammy Moore, the school’s class president. She’s very smart but she’s also very arrogant or stuck-up. She wants to be perceived as the smartest, so she doesn’t like it when Dora is able to answer questions from the teacher better than she can. She’s also the one who is very much a city-person and can’t handle Dora’s jungle ways. Sammy is certainly not the outdoors type.

Nicholas Coombe (Midnight Sun and The Magicians) plays Randy Warren, an average white kid who’s a bit awkward. He’s there as a kind of comic relief, but his presence isn’t all that vital to the plot. He’s more or less a bumbling sidekick that could’ve been removed from this narrative and not much would have been lost. His presence if anything hinders this film from being a cast of entirely people of color. 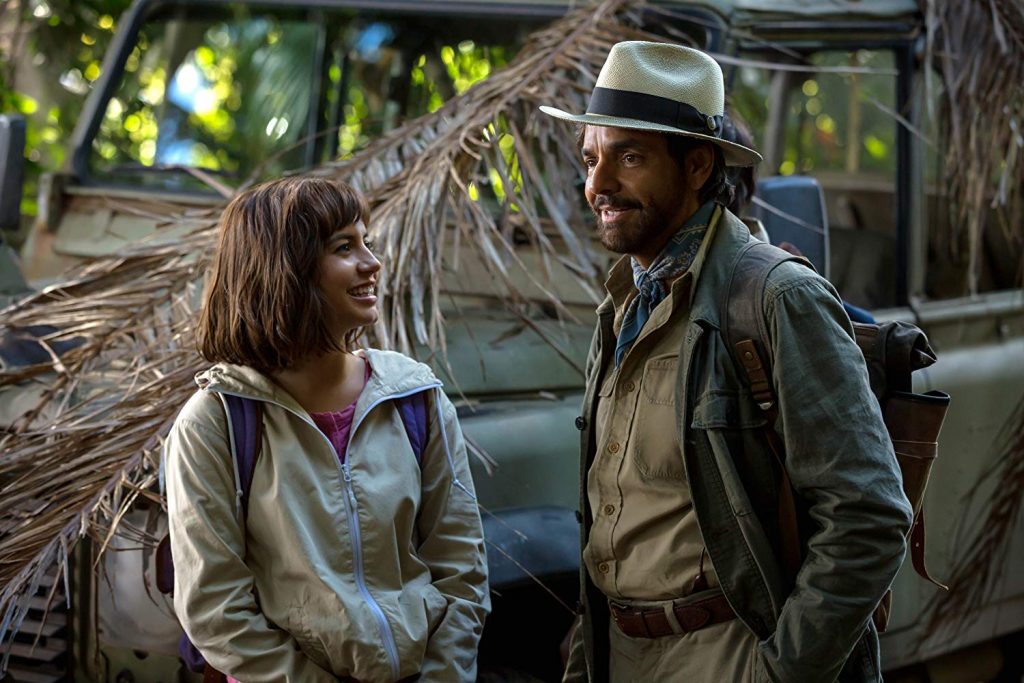 Eventually, Dora and her classmates end up in the jungle, searching for Dora’s parents and Parapata. They’re aided by Alejandro, played by Eugenio Derbez. Alejandro is like the Latino-version of Marcus Brody from Raiders of the Lost Ark (1981). Unfortunately, it’s not as fun as Raiders of the Lost Ark or the even more comparable Spy Kids (2001), which is a film that doesn’t put its Latino flavor ahead of itself. Other recent films that do put their Latino flavor ahead of themselves and work more effectively are Paranormal Activity: The Marked Ones (2014), Coco (2017) and Miss Bala (2019).

Rated PG for action and some impolite humor.
Running Time: 1 hr. and 42 mins. 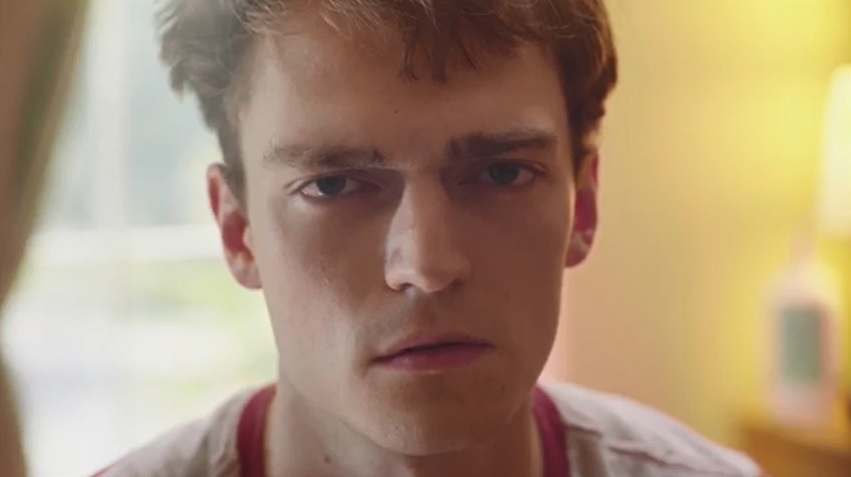 Max Radbill's feature debut would be like if Quentin[...] 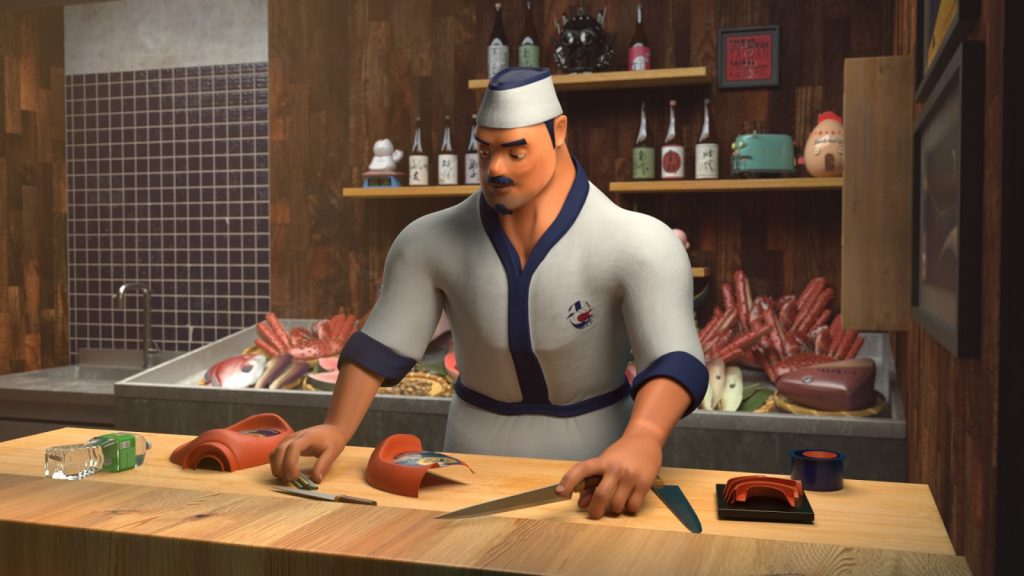 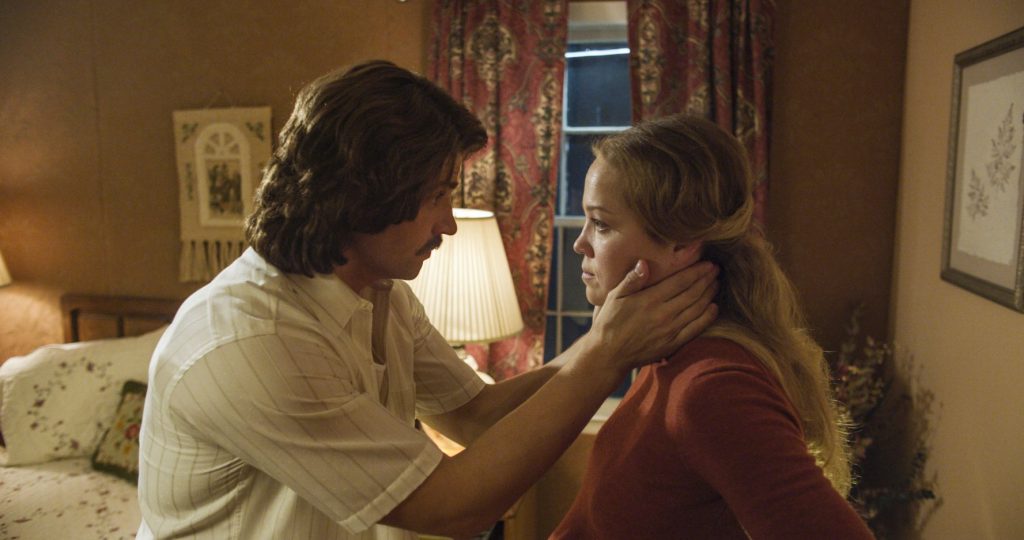