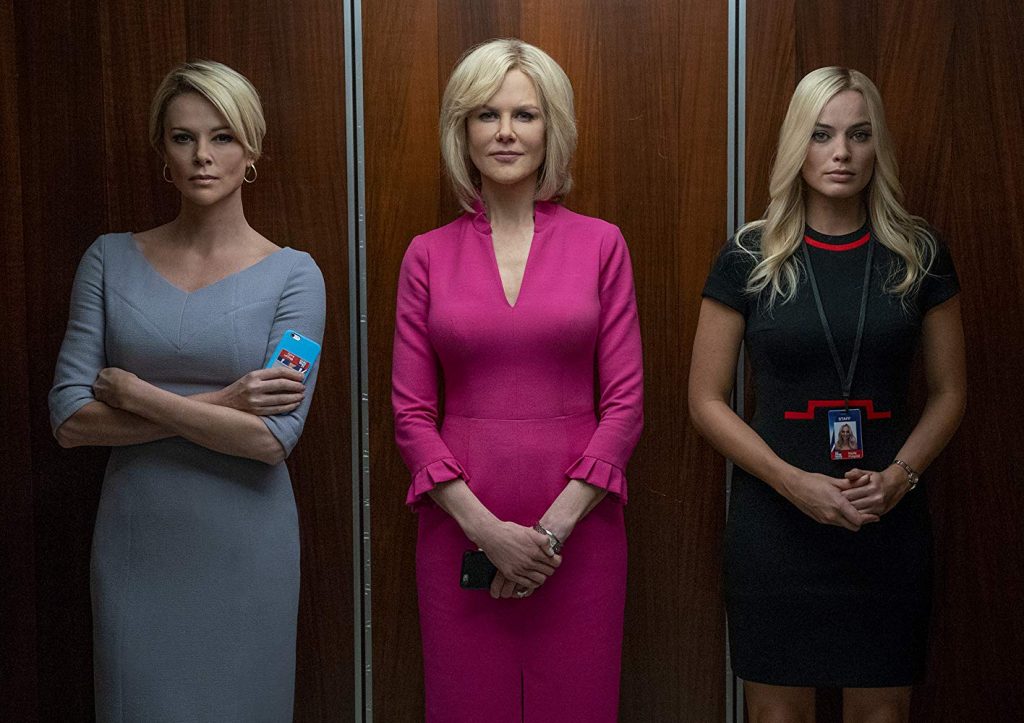 The Me Too Movement went viral in 2017 after the allegations against Harvey Weinstein made national news. However, in terms of sexual harassment allegations taking down a powerful or influential man, Weinstein wasn’t the first. If anything, Roger Ailes was a precursor to Weinstein. Ailes was the head and basically the creator of the cable news channel, FOX News. This film dramatizes the year leading up to the allegations against Ailes dominating the headlines, how those allegations came to be and who was involved. The film specifically focuses on three women. Two of them are based on real people who were instrumental in the truth about Ailes coming to light. At the same time, the film can’t also help but be a satire of FOX News as an institution and how it has conducted itself since its beginning.

Charlize Theron (Mad Max:Fury Road and Atomic Blonde) stars as Megyn Kelly, a news anchor at FOX News. She went to school to be a lawyer, but she turned down a lucrative legal career to be a TV personality. She never states what her political affiliation is, but she’s clearly a conservative. She frequently states that she’s not a feminist, but she’s an ambitious and strong woman who also appears to be the breadwinner.

Many have commented on her appearance and the makeup used to have Theron be an almost dead ringer for Kelly. The makeup on her is worthy of an Academy Award nomination. Her voice, if anything, was the only thing tripping her up, but what’s most compelling is the emotional journey she has where that ambition and strength are turned against her. She doesn’t want to appear weak or disloyal, which are big no-no’s in this male-dominated industry. She has to decide if she’s going to stand up and take that kind of perception. 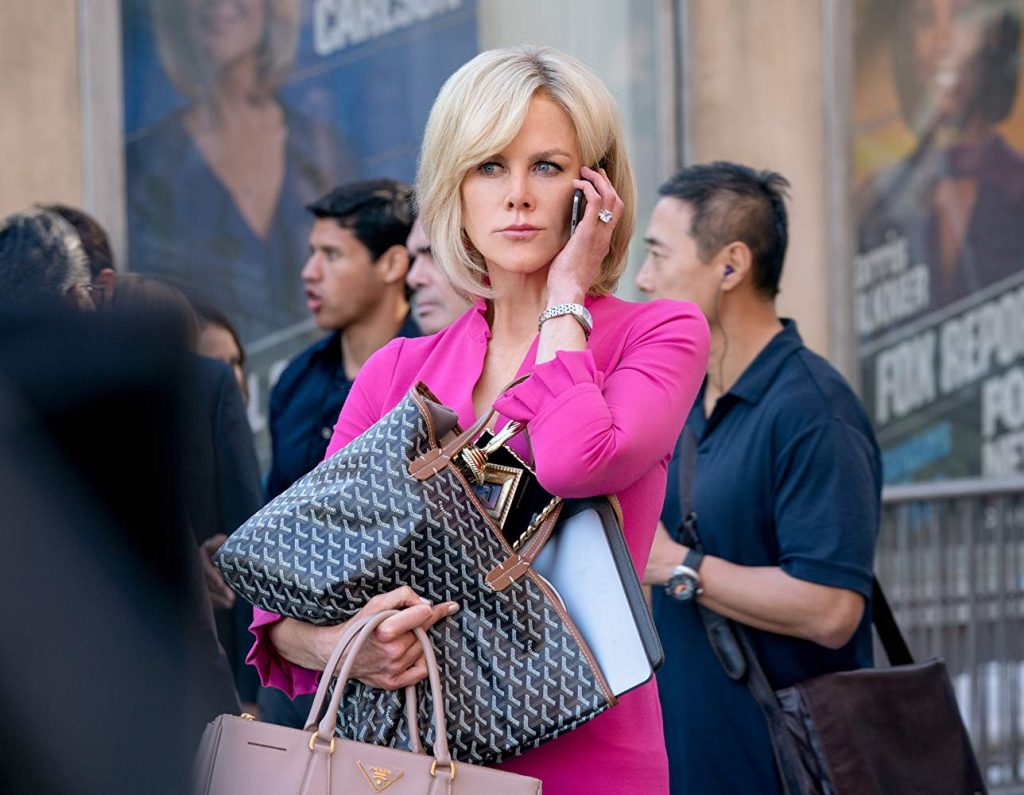 Nicole Kidman (The Hours and Moulin Rouge!) co-stars as Gretchen Carlson, another anchor at FOX News. She’s the first to speak out about the sexist culture at FOX News. She’s also the first to speak publicly about what Ailes did and said to her, which constituted sexual harassment. Leading up to it, she’s the most defiant or rebellious to what could be considered the FOX News brand. 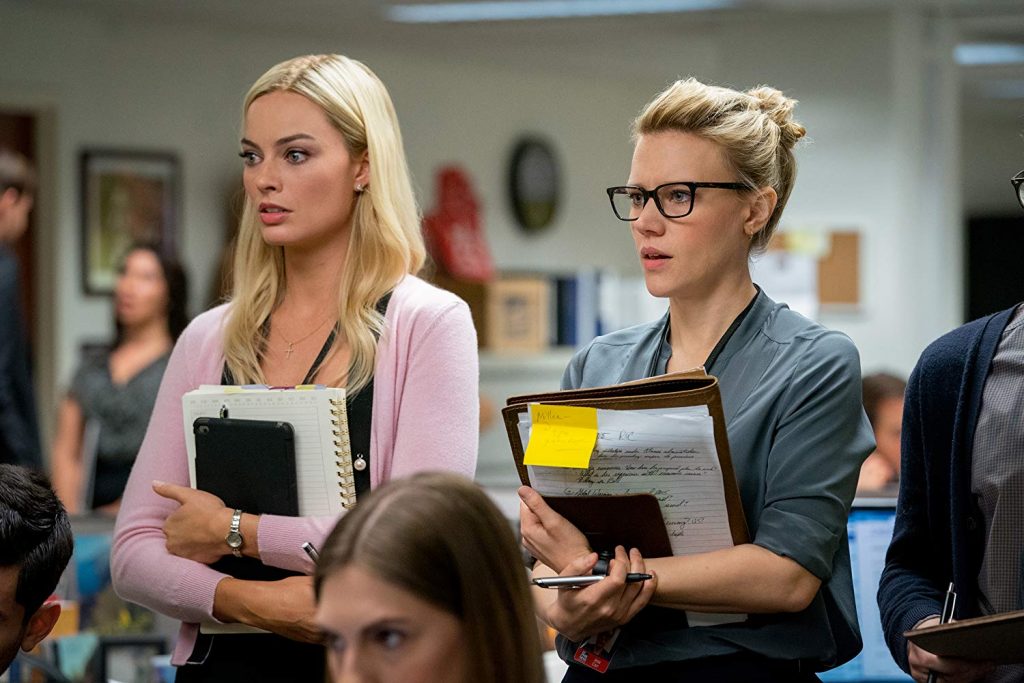 Margot Robbie (I, Tonya and The Wolf of Wall Street) also stars as Kayla Pospisil, a producer that starts out working for Gretchen, but she manages to get transferred to working for Bill O’Reilly, the leading prime-time host and top opinion host at FOX News. In a lot of ways though, she is more like Megyn in terms of her ambition. She doesn’t quite have the same temperament. She’s more of a happy-go-lucky, evangelical cheerleader type. She might be overcompensating for a secret she harbors about her sexual orientation or preference. What’s indicative of that is her relationship with Kate McKinnon (Saturday Night Live) who plays Jess, a woman who’s closeted in more ways than one.

Things change for Kayla when she meets Roger Ailes, played by John Lithgow (The Crown and 3rd Rock From the Sun). She seems plucky and excited. However, all of that goes out the window when she sees how lecherous and superficial he truly is. Once she learns how horrific he can be, it’s no longer a laughing matter. 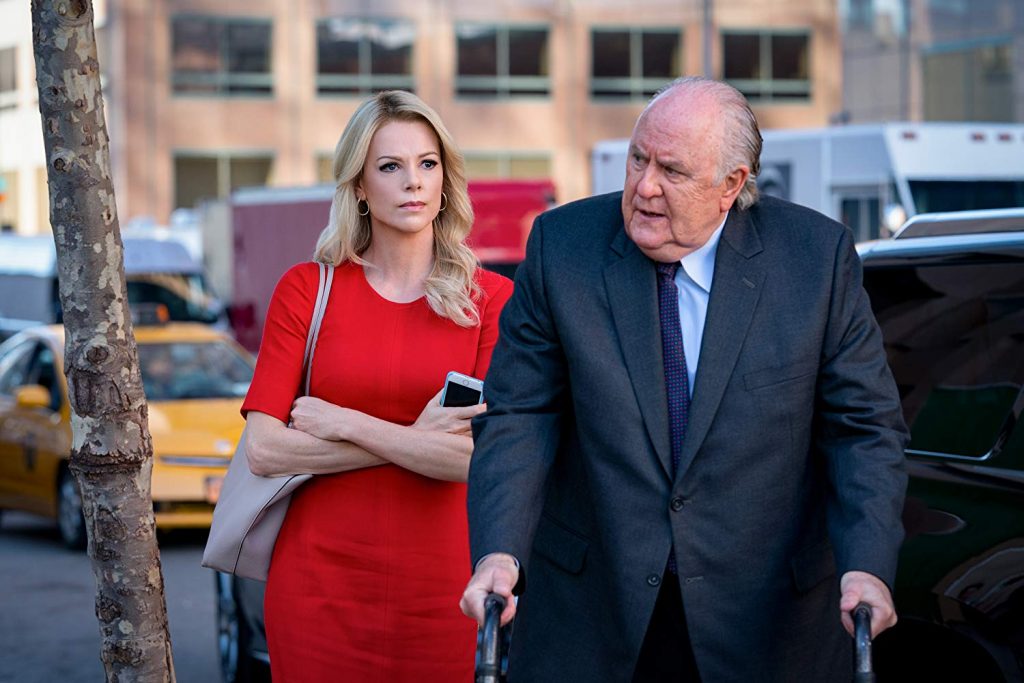 Writer Charles Randolph (The Big Short) and director Jay Roach (Trumbo and Game Change) up until then are satirizing FOX News and mocking how the organization operates. It never really stops mocking with moments or one-liners here and there, but the weight and gravity of what Ailes did is certainly felt. More importantly, the struggle of women in the workplace is also certainly felt with issues such as likability. Yes, it’s in the vein of The Big Short (2015) and Vice (2018), but it works as a testament of what happened here and what women experience. 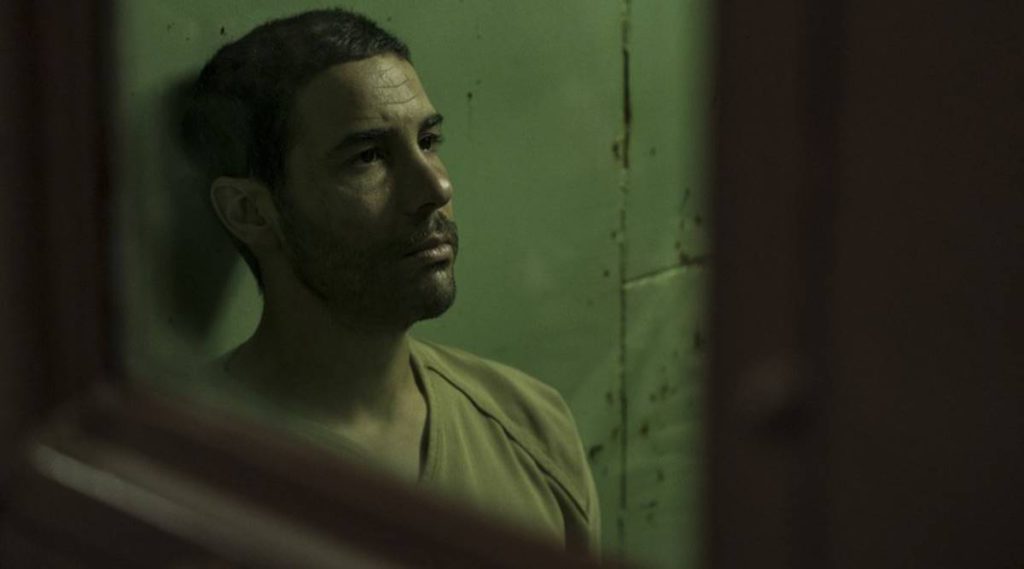 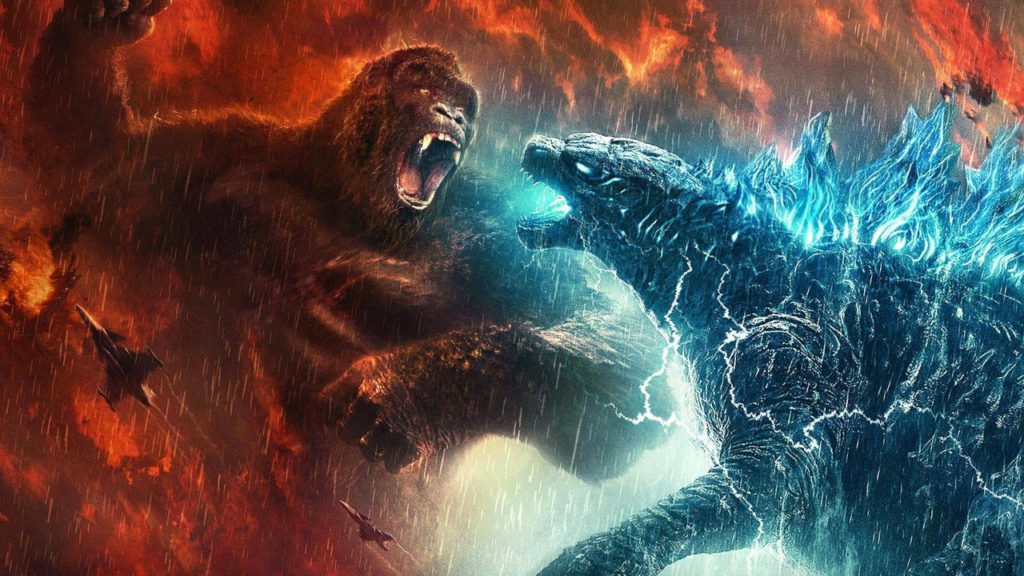 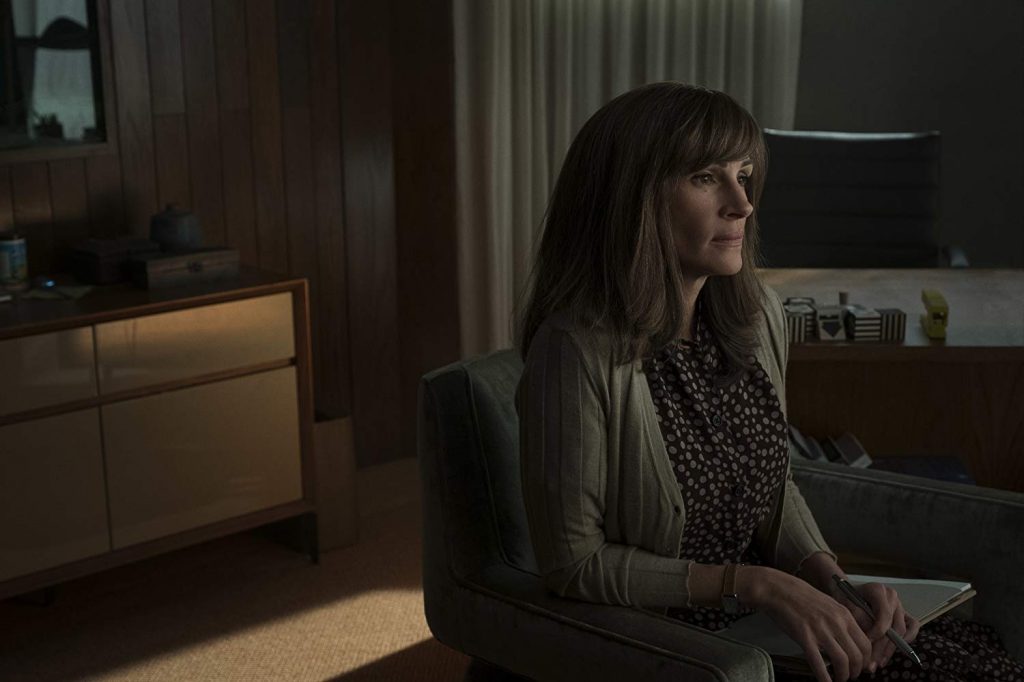