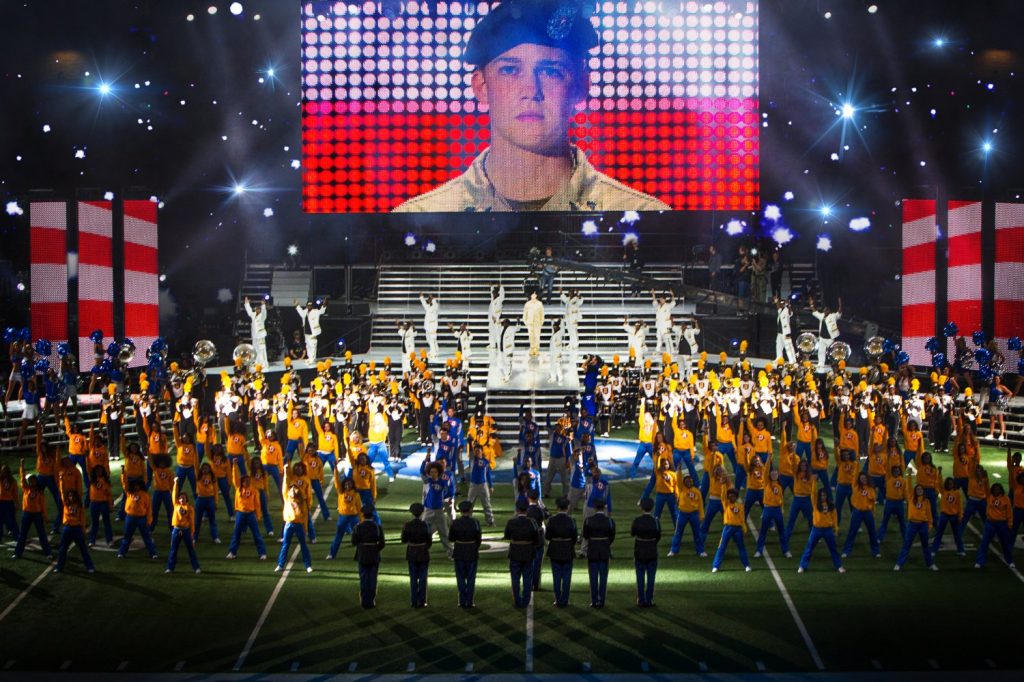 I feel like I already saw this movie in Clint Eastwood’s Flags of Our Fathers (2006) because that movie also wrestled with perception versus reality, as well as how soldiers can be used as literal props for propaganda purposes or in this case for commercial gain.

Written by Jean-Christophe Castelli, based on the novel by Ben Fountain, the movie makes an observation that doesn’t ring true, or as true now as it might have in 2004 when this movie was set or even 2012 when Fountain’s book was published.

Joe Alwyn in his debut feature stars as Billy Lynn, a 19-year-old Army specialist who fought in Iraq. A camera that was abandoned by an embedded news crew catches him coming to the rescue of a much older soldier who was injured. As a result, he and his squad of seven other soldiers are brought back home for a victory tour. The tour ends in Dallas near Billy’s hometown where he and his squad are invited to participate in Texas Stadium’s halftime show on Thanksgiving. The entire movie is set on that Thanksgiving day as Billy and his squad do just that.

Chris Tucker (Rush Hour and Friday) co-stars as Albert, a Hollywood producer who accompanies them because he thinks he can get the owner of the Dallas football team to fund or help finance a movie based on what Billy and his squad experienced. Albert is obviously African-American and at one point he says to one of the soldiers that it’s hard for us to get it, meaning it’s difficult for civilians to understand what a soldier who’s been in combat is feeling or going-through psychologically.

There is a lot of truth in that, especially for the average citizen, but, as an African-American who specifically says, “It’s hard for us to get it,” the truth in it comes under question, not just ten years ago but in reality today. Albert talks about movies, even war movies, needing a woman in order to work. Clearly, Albert hasn’t seen Saving Private Ryan (1998), which shares an actor with this movie, and no doubt that the average citizen will never see the horror or sheer chaos of the opening battle of that 1998 Steven Spielberg film.

However, Spike Lee directed the film Chi-Raq (2015), the title of which combines Chicago with Iraq because many think the gang violence in that American city is comparable to the war violence in that Middle Eastern country. The comparison might not be totally accurate, but it doesn’t change the death and destruction that is occurring. Some studies have even shown that young black people in that area suffer from PTSD just as soldiers coming from over there are.

That, combined with Black Lives Matter, the so-called “war on police,” and the numerous mass shootings makes Albert’s statement, as heard in 2016, not ring all that true. Yet, there are moments here that do ring a little bit truer. One such example is when Billy is sitting with two Hispanic people and talking about life in the United States for the average person entering the U.S. military. One of them says, “What else is there?”

If we’re to believe another Eastwood film, American Sniper (2014), every soldier joins out of sheer patriotism in the aftermath of September 11 and with some overriding desire to fight whatever enemy. Yet, for a lot of soldiers, they arguably enter the military because they feel financially or opportunistically they have no other option.

Where the movie falls down is in its overall story. The battle scenes simply aren’t that great or exciting. This ethereal relationship that Billy has with the soldier played by Vin Diesel who is the actor shared in this and Saving Private Ryan feels false. A lot of it feels as false and as fake as the Destiny’s Child performance that we see during the halftime show, along with the fake Beyoncé who flirts with Billy’s squad.

Kristen Stewart (Still Alice and Clouds of Sils Maria) also co-stars as Kathryn, the older sister of Billy who isn’t fake. Her scenes with Billy are the only ones that feel real or not invented. Scenes with a cheerleader with whom he develops feelings don’t have as much chemistry as Billy’s scenes with Kathryn. The only down side is that she should have been in the movie more. She should have tagged along with her brother to the halftime show.

Steve Martin (Parenthood and Father of the Bride) plays Mr. Oglesby, the owner of the Dallas football team. Garrett Hedlund (Tron: Legacy and On the Road) plays David Dime, a sergeant and leader of the squad. Both of them aren’t fake, but they certainly feel more like characters than real people in this narrative.

At the end, the movie really pushes the idea of brotherhood, which is all good. The image of a line of manly men telling each other “I love you” one after the other is sweet, but there’s just not enough groundwork to make that line of “I love you” from the other guys push the feeling through the screen. 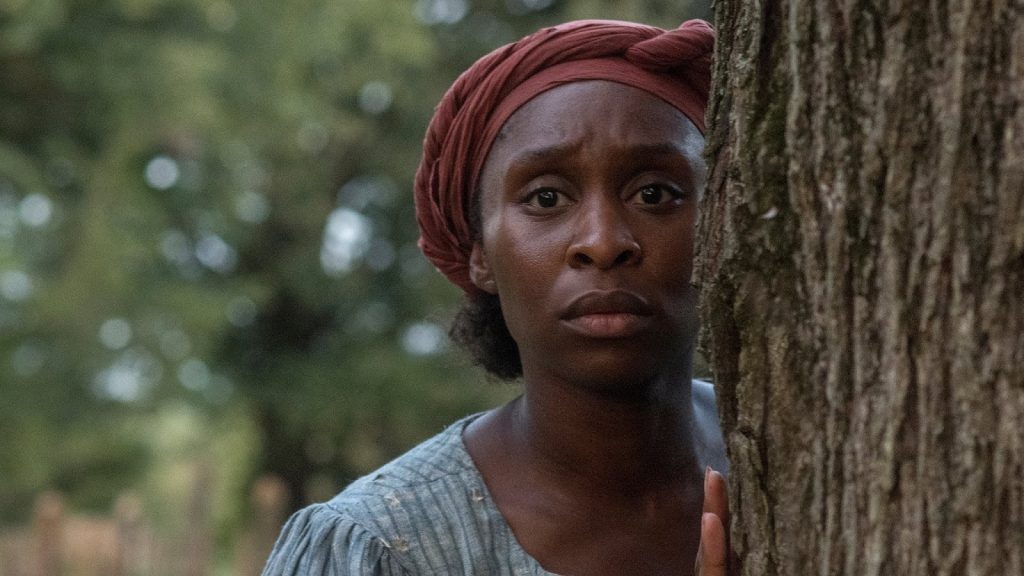 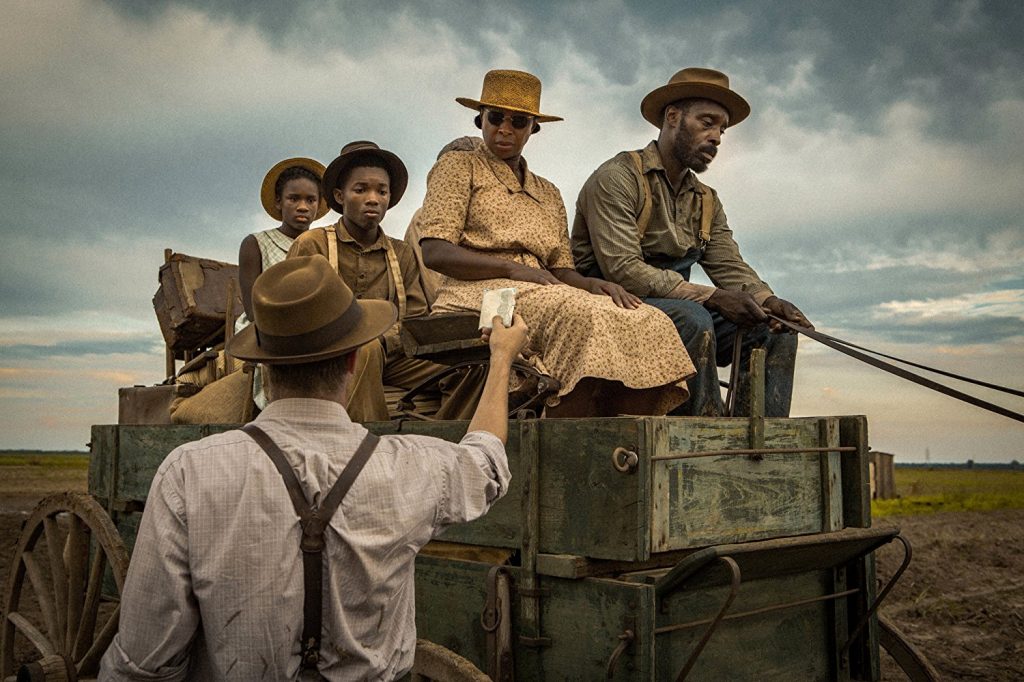 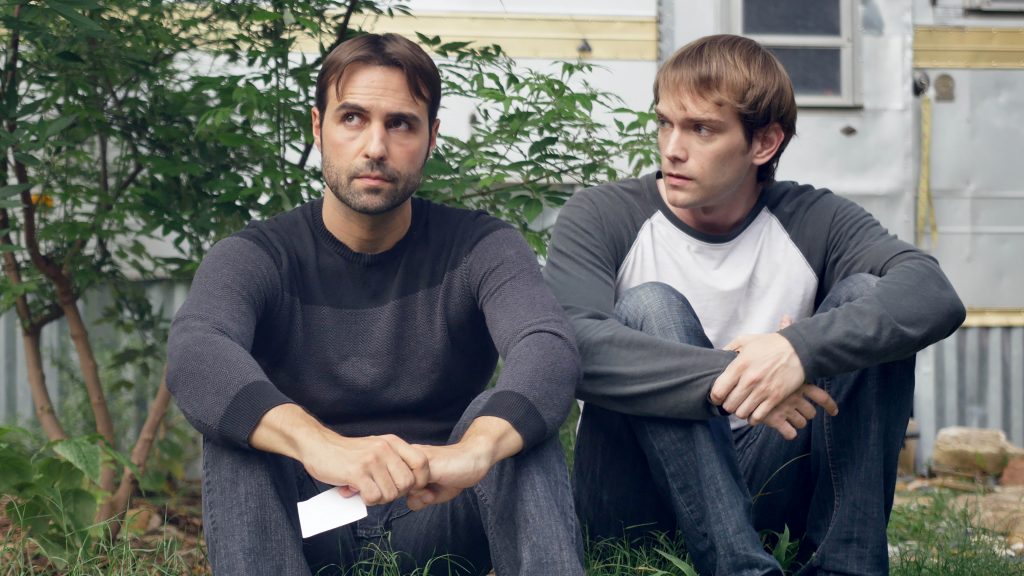