Filmmaker Tyler Savage wrote and directed Inheritance, a horror film about a young man named Ryan Bowman engaged to be married and with a baby on the way. When Ryan’s biological father whom he never knew dies, he receives a beautiful, beach-side house. The movie is then about how Ryan goes to stay in that house, as he discovers his family history, its disturbing secrets and how he has to reckon with all of it.

For Savage, this was a very personal film. He began shooting in March 2016, less than a few months after he penned the screenplay, which he started to do in the summer of 2015. It took him about eight weeks to ink his first draft. Savage didn’t want a lot of exposition. He wanted to avoid it all together. Unlike his mentor, Terrence Malick, he also didn’t want any voice-overs, narration or otherwise. He said he wanted the movie to be a balance of mostly silence.

The 31-year-old from Los Angeles who graduated from New York University or NYU in 2009 with a major in film production and a minor in screenwriting also was working under several constraints. He had a very low budget and limited locations, which mainly were only three. One of which was a house where 80-percent of the filming took place. The house belonged to a family friend. Savage first saw the house when he was invited to it for a 4th of July party in 2015.

He filmed for 20 days. 14 of which were at that house in Point Dume. His Director of Photography or Cinematographer was Drew Daniels who worked on Krisha (2015) and It Comes At Night (2017). Savage met Daniels in Austin, Texas, when Savage worked as an Associate Producer for Malick. Savage said he and Daniels had no need for storyboards. Savage mostly made shot-lists. He had what he called a “visual approach,” which is similar to Malick’s dogmas, or rules to follow when filming. One such rule is that the shots would always be patient.

The camera of choice was a ARRI Alexa Mini. His crew were only about 14 people, a fairly tight crew. His production designer was Margaux Rust, the spouse of Daniels. One doesn’t get more tight than having crew-members be married to one another. Yet, it wasn’t just nepotism at work.  Savage  points out his steadicam operator was Orlando Duguay who has worked for Oscar-nominated directors, such as Malick and Jean-Marc Vallée, so he was pulling from the best or high-quality talent to help him with this project. 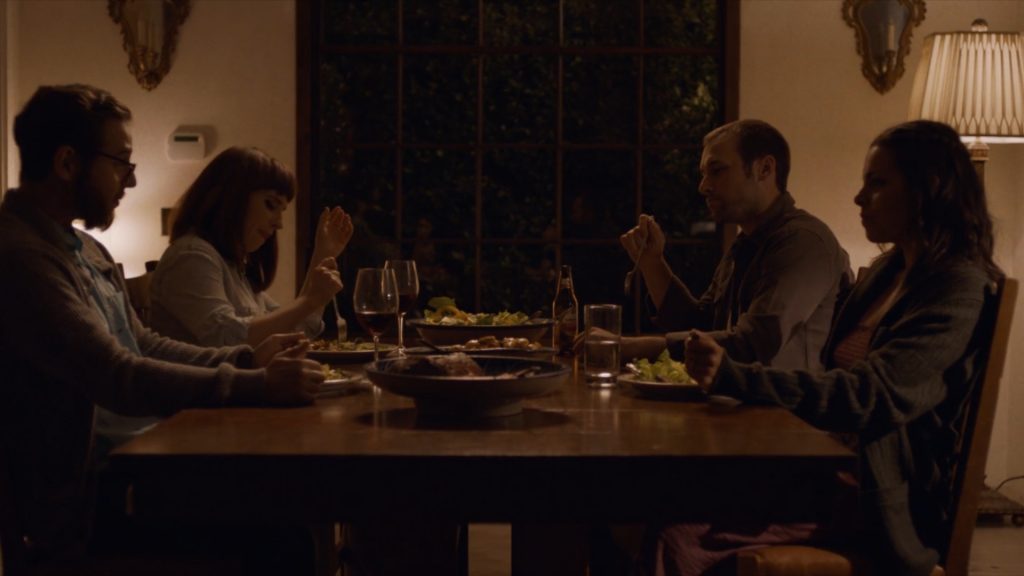 Savage’s schedule, like his crew, was also pretty tight. The filming presumably went smoothly. The only day that was nerve-wracking for his feature debut was the movie’s dinner scene. It was seven pages, mostly dialogue, and the scene with the most back-and-forth between characters, and either through design or necessity, the scene had to be shot in one, long, continuous take. It involved a slow zoom-in or push, as well as a couple of pans that had to be timed correctly.

One of his favorite filmmakers is Stanley Kubrick with The Shining (1980) as an obvious influence here. Savage’s main character, Ryan is similar to Kubrick’s iconic Jack Torrance. It’s not a 1-to-1 comparison. Here, actor Chase Joliet who is a close friend of Savage never goes to the bold and animated places that Jack Nicholson did 38 years ago. Joliet’s performance is more muted, and instead of the Overlook Hotel in the Colorado Rockies, the setting is a coastal residence in Malibu. It’s also not as much external forces but internal forces at work, such as those on a genetic level. In fact, the goal was to explore what the title or what “inheritance” means on a physical, genetic and cultural level.

As the single child of divorced or separated parents, Savage wanted to explore how a person could or couldn’t be defined by his or her mother and father or lineage in general. What spurred Savage’s interest in the subject was a family reunion he attended in the fall of 2015, around September. He along with his mom and stepdad, as well as his uncle and cousin, stayed at a rental home along Dillon Beach near San Francisco. There, 20 to 25 people who never knew each other gathered to put faces to the names on their family tree. 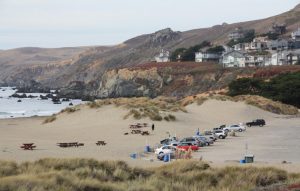 He learned that his family has roots in California that go back six generations. He said before that, his family migrated west, having originated in Wales, and arrived in California in the 1820’s. Savage was struck by the frontiersmen who traveled west, the toughness and tragedy they faced in a trek that many didn’t survive but that his family did. He wondered what stones would have been required to survive, stones that might not always be good, stones and scars that then would have been passed down.

What also spurred Savage’s interest, specifically in physical and genetic inheritance, are the issues that plagued his own father who struggled with addiction for many years. Savage’s father was an agent who represented and booked public speakers, but, through the 1990’s and 2000’s, his father abused pills like opioids, as well as had a drinking problem. Savage’s father also had a history of mental illness, which may have contributed or been a factor in his addictions.

He’s been clean and sober for eight years now, but Savage knows that his father’s issues definitely have been passed down or at least affected who he was starting in childhood. When Savage was in elementary school, his father would be high on drugs and take him out in the middle of the night for fast food runs or for other junk to eat. By the 7th grade, Savage had become very overweight as a result, leading to his most embarrassing moment where he collapsed a picnic table simply by sitting on it. When he was in high school, his dad’s substance abuse led to probably his scariest moment where his dad’s erratic driving had him drifting on a windy road with Savage and his friend in the car.

Other than that, one other aspect that Savage wanted to include in his film is a legacy of certain atrocities. Those atrocities are left rather ambiguous or merely hinted in his movie. However, references to those atrocities are here. He learned his family arrived in California around the time just before the Gold Rush. What happened though is that the Gold Rush led to the decline of Native Americans either through disease introduced by European, white settlers or through murder and enslavement. Savage implied that his family could have had a hand or certainly benefited from those horrors. As such, Savage wanted to give a subtle nod to Native Americans, specifically the Mayan and Aztec culture.

Clearly, Savage is a very thoughtful filmmaker. His writing and direction are very informed and assured. In addition to Kubrick though, Savage says he’s also been influenced by the work of Roman Polanski. Chinatown (1974) is one of his all-time favorite films. Savage even said a wall-cracking sequence in his film is tied directly to Polanski’s Repulsion (1965). His next project is also influenced by Polanski. He wants to follow up this movie with Firstborn, which he said is like Polanski’s Rosemary’s Baby meets Jordan Peele’s Get Out and which he hopes to start shooting in 2019. 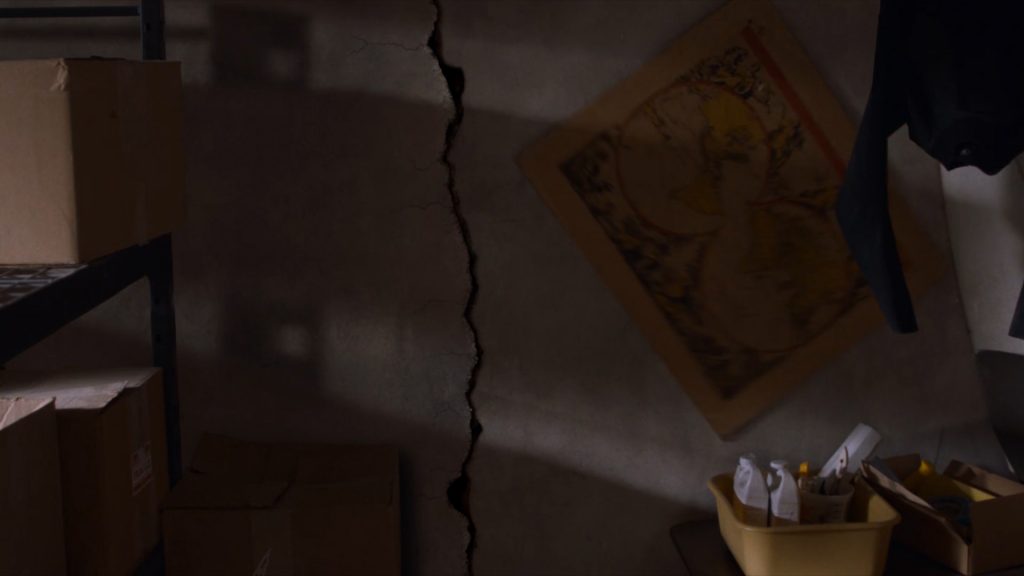 Inheritance is available on VOD via Amazon and iTunes. 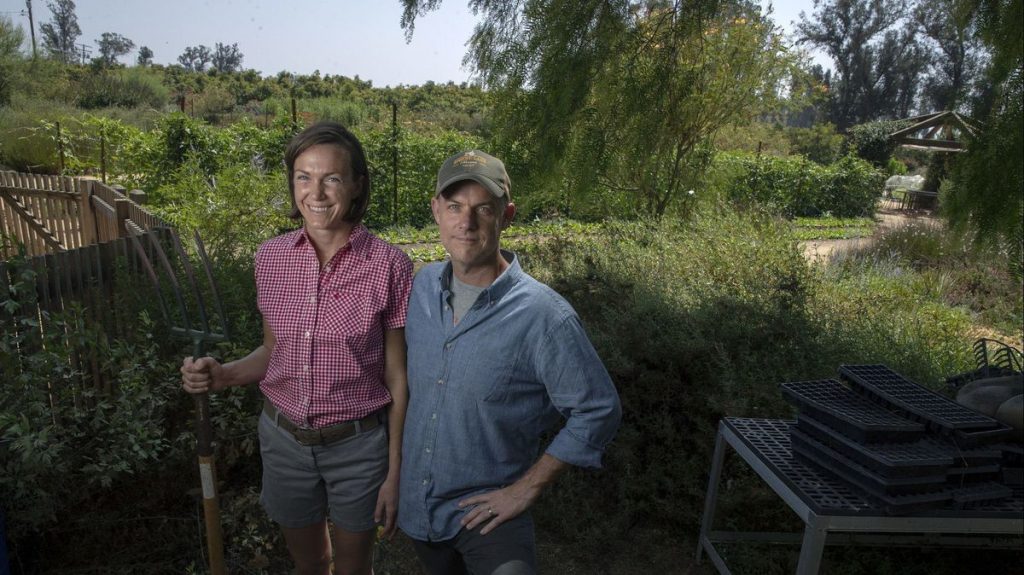 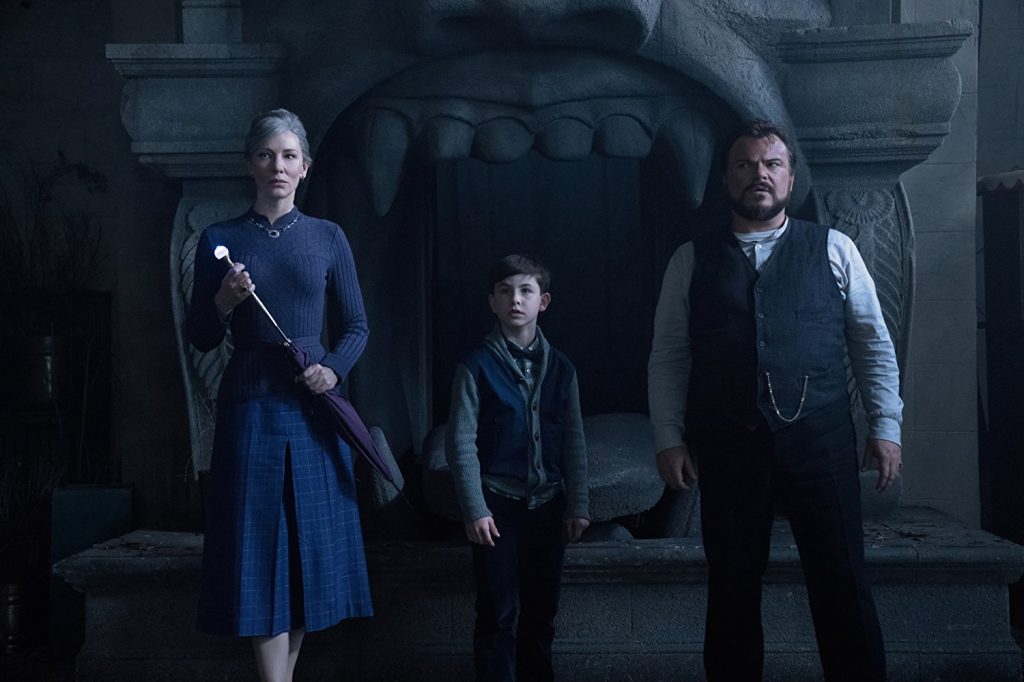 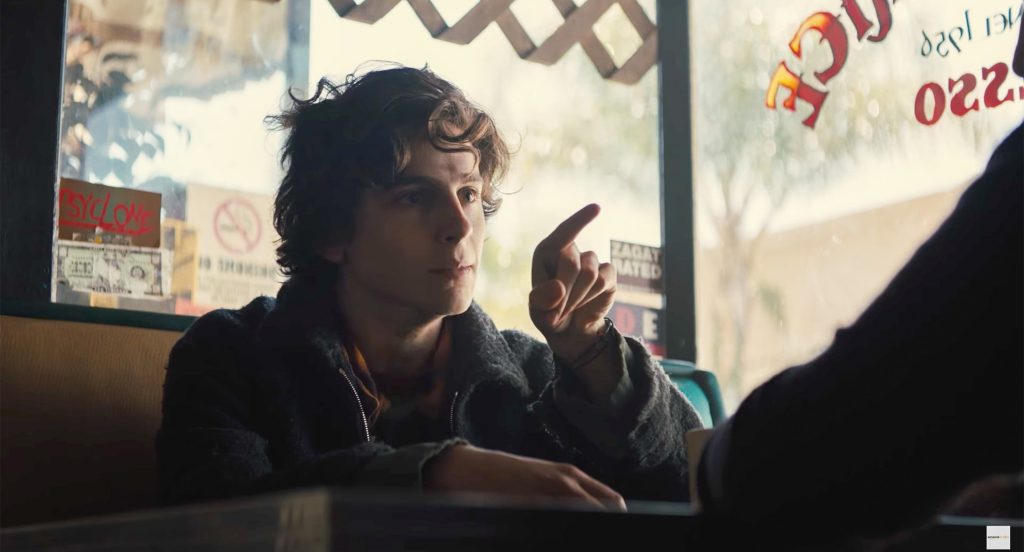