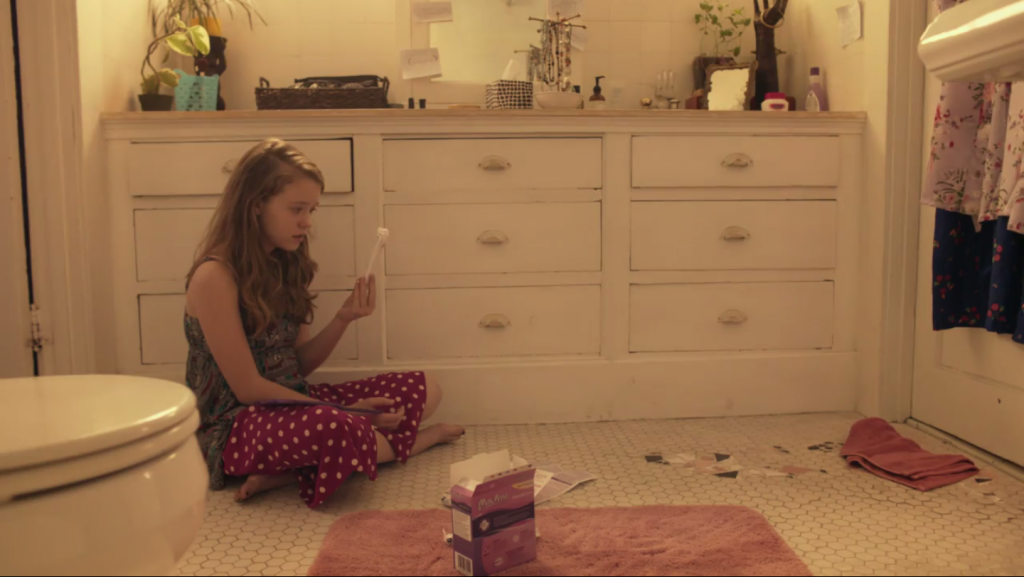 Dorie Barton studied theatre at CalArts. She didn’t make films there but she was surrounded by filmmakers and a lot of her close friends are directors. It helped her when she was making Girl Flu, her directorial debut. It’s the Closing Night film tonight at the Portland Film Festival. It was a 19-day shoot and she said she felt great directing it. She had an amazing cast and crew. She never felt overwhelmed because she trusted the people around her a lot and they in turn trusted her. She said even when it began pouring rain, it didn’t hinder things. It was a challenge, but she found it to be a fortunate coincidence that aided the production. She laughed that even Mother Nature seemed to be on her side.

Barton admits that she did wear many hats during the production. She started her career as an actor, so she was familiar with movie sets, but she said she learned a lot this time sitting in the captain’s chair. As the writer of the film, it all started with her. She says the movie is semi-autobiographical, as it depicts a young girl experiencing her first menstruation period. Barton admits her first period was pretty bad, meaning she wasn’t ready for it. It’s an all-of-sudden thrusting into adulthood and womanhood.

For Barton, it was bad enough having her first period, but she says she had just moved from Davenport, Iowa to the northern Virginia-suburbs where she had a hard time making friends, and she wanted to reflect that in her film. It’s set in southern California and her young protagonist nicknamed “Bird” goes from living in the Valley, the San Fernando Valley, to Echo Park, near downtown Los Angeles. It’s not as far as a move as Iowa to Virginia. It’s not as if Barton could ever hop in a cab and return to her point of origin in less than a hour, but Bird can. Barton wanted that closeness for narrative reasons later, but she still wanted to convey this idea of a bird leaving its nest, or getting away from where one feels safe and lands in some place a little foreign.

Barton was also inspired by Judy Blume’s Are You There God? It’s Me, Margaret, a book that uses a girl’s first period as part of the narrative. Barton’s film is certainly not the first film to address it, but she wanted a girl’s time during her first period to be a central focus. She felt it was important to put that at the center of the conversation, but she didn’t mean it to be a polemic. Her movie is actually a comedy, a comedy with a lot of laughs, laughs that aren’t really at the expense of the girl and her experience. It’s really about an atypical relationship between a single mother and her daughter where the mom doesn’t know how to parent and treats her daughter more as a sister. 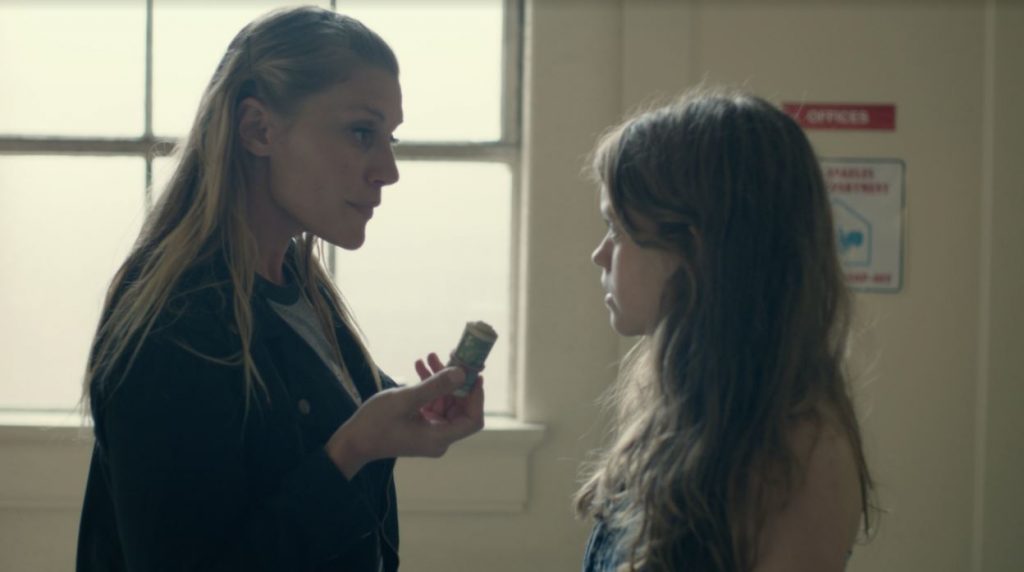 Yes, the movie is semi-autobiographical, but Barton says the mother in her movie is nothing like her real-life mom. In fact, they might be the total opposite of one another. The mom in her movie named Jenny is a composite of several people. All of whom have what amounts to be a Peter Pan-complex. Oddly, Jenny as a concept sprang forth from an architectural design. Barton saw a house that had two bedrooms connected by a bathroom. She wondered what it would be like for a mom and daughter to live in those two bedrooms and have to share that bathroom. She wondered if it would be a kind of spatial umbilical cord preventing them both from growing up in a way.

She said she got lucky in casting. She had seen Portland-born actress Katee Sackhoff in many things. Sackhoff is probably best known for her TV roles in Battlestar Galactica and 24. She was also recently in the horror film Oculus (2014) where she played a mom who gave her daughter a lot of trouble. Sackhoff didn’t have to audition. Barton said she reached out to Sackhoff who accepted the role. After playing the bad mom in Oculus, as well as the heavy stuff she plays in the crime-drama Longmire, which is the TV series that is her current gig, Sackhoff was probably ripped to do something light and fluffy.

Barton said she loved Sackhoff’s energy and her commitment, especially how physical she was. That physicality came on display in a crucial scene where Jenny had to get physical with Bird. Barton said it was meant to show complication in the mother-daughter relationship, and how sometimes a moment of ugliness and frustration can emerge as a moment of physicality. She didn’t mean for it to express any kind of cruelty in the characters. If anything, it was meant to show what can be passed down through the generations. It’s also meant to break the facade, if any, that the mom is anything but a little girl herself playing dress-up.

The first-time filmmaker also talked about a critical moment in the mother-daughter relationship that Barton says was inspired by a story she read in the news. The story was of a mother who basically abandoned her child in a very strange way. I’ll try not to spoil the moment for those who haven’t seen the movie, but it’s quite shocking, and it’s meant to show the spontaneity of Jenny, while also showing the tricks she has up her sleeve for dealing with things. However, the moment is taken from real life.

Jeremy Sisto (Six Feet Under and Suburgatory) stars as Arlo, the boyfriend of Jenny and surrogate father to Bird. Barton says she specifically didn’t mention in the movie Bird’s biological father. She said it was purposeful. Instead, Sisto’s character was partially inspired by Arlo Guthrie. Arlo is a musician and guitar-maker who isn’t afraid or frightened by the unstable situation that is Jenny. In retrospect, Barton feels that Arlo is or could be a way into the story for a lot of men who would and should come to it. He’s also part of a slew of characters who Barton designed to be a stable group of people around Jenny and Bird, as a kind of balanced, support team.

This included Heather Matarazzo (Welcome to the Dollhouse and Now and Again) who plays Lilli and Judy Reyes (Scrubs and Devious Maids) who plays Lilli’s partner, Celeste. Lilli and Celeste represent a perfect and healthy relationship that Jenny and Bird can look to and rely on. They like Sisto and Sackhoff were working actors who Barton approached and whom said yes to doing this material.

Barton really only had to audition the two actors who played Bird and Bird’s love interest, Carlos. Bird is played by Jade Pettyjohn who from auditions came off as so intelligent and funny. Barton said she knew she had the right girl when Pettyjohn listed as her favorite music, Jimi Hendrix and Janis Joplin. Carlos is played by Diego Josef who nailed his audition by talking about a girl he had a crush on and it resonating perfectly with his character.

This movie has a diverse cast, which includes Reyes, Josef and even Isaiah Mustafa who most might recall from his very successful series of Old Spice commercials but who had a supporting role in a Tyler Perry film, as well as guest roles in a ton of hit TV shows and who earlier this year had a leading role in the sci-fi and fantasy series Shadowhunters: The Mortal Instruments.

Barton ended our conversation by saying that film festivals like the one in Portland is a good way to connect to audiences. From the various screenings, she said she’s appreciated how forthcoming audiences have been from both sexes. The movie is more than just about a girl’s first period. It wants to lift the taboo about talking about it for sure, but it’s way more than that. It’s funny and poignant, and just a really good ride.

Playing as the Closing Night film at the 2016 Portland Film Festival.
For a preview of more films at PDXFF16, go to The M Report on DelmarvaLife.For more information about the film and Dorie Barton, go to Doriebarton.com/ or www.girlflu.com 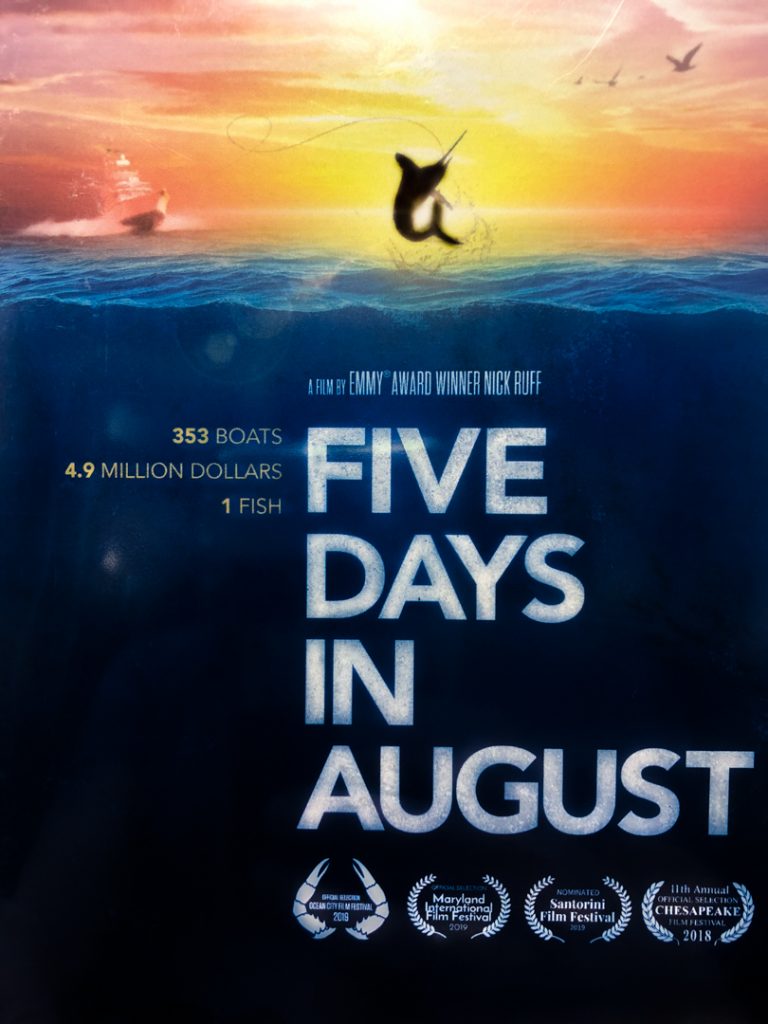 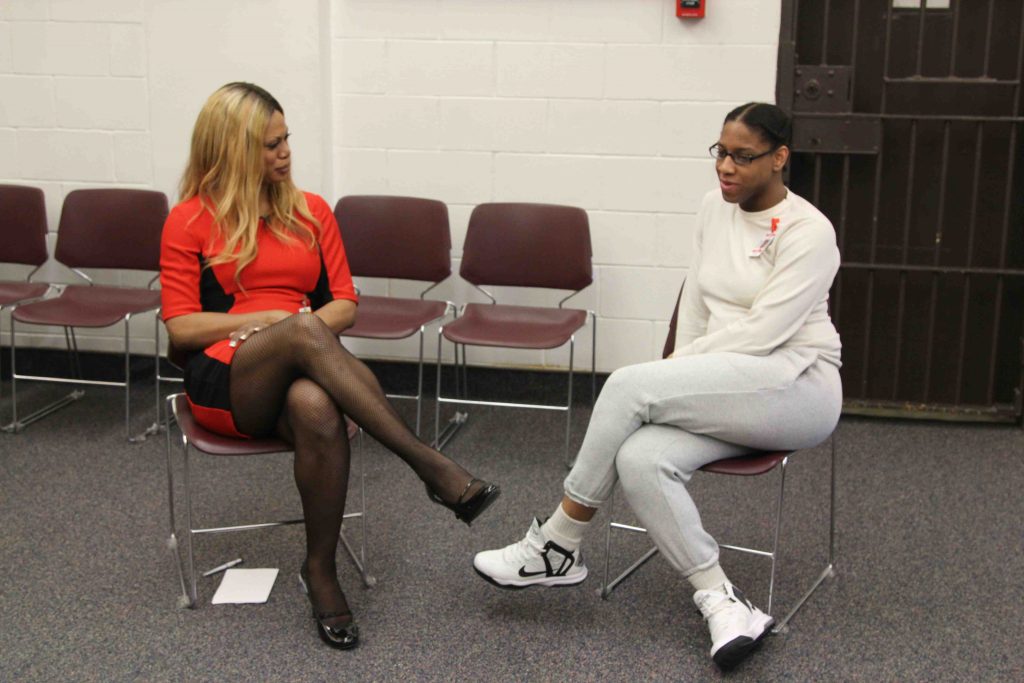 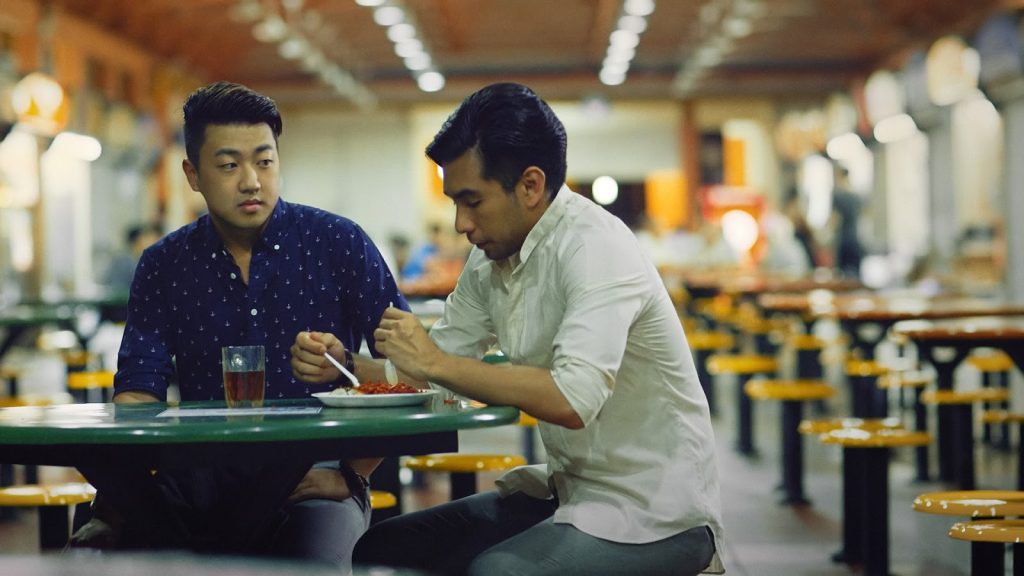