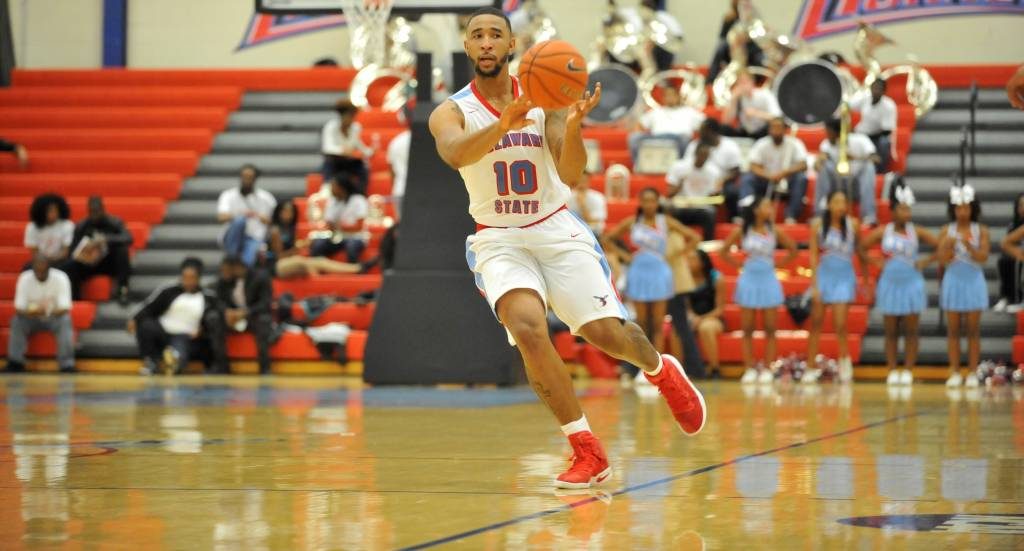 The Troy University Trojans defeated the Hornets in a 95-64 win at Trojan Arena in Alabama Monday Nov. 27.

Wesley Person, Jr. of Troy led the team with a game-high 22 points. Person was 8-for-10 from the field, including 5-of-7 on three-point shots. Forwards Juan Davis and Shawn Hopkins contributed 16 points each while Alex Hicks ranked close behind, totaling 15 points. Nearly 65% of their shots were taken from the floor. The win brings the Trojan’s record to 4-3 this season.

Delaware State shot a season-high 49% for the game, making 24 of the 49 attempts. The team received a season-best for three-point shooting with seven of the 15 shots made from beyond the arc.

Freshman guard Pink Wiley was DSU’s highest scoring player with 14 points for the game, marking his third double-figure scoring game and second-best output of the season. Senior Artem Tavakalyan added 13 points and tied his career-high with three three-point field goals in the game.

Troy held a lead early in the game as the team landed four three-pointers in the first seven minutes. Forward Javan Johnson completed the three-ball streak to give the hosts a 20-4 lead with 13:13 left in the first half.

Delaware State responded with a 10-0 rally early on, trimming the deficit to single digits. A free throw by Marquis Collins brought the score to 20-14 with 9:54 left in the opening half. Guard Johquin Wiley landed two three-pointers while Forward Kavon Waller scored one during the Hornet showdown.

The Trojans secured a lead by as many as 18 points by the end of the first half before holding a 47-30 lead at halftime. The Hornets were left with a deficit of nearly 32 points in the second half, losing to the rebound battle 30-20. Hicks led the Trojans to a game-high with eight rebounds.