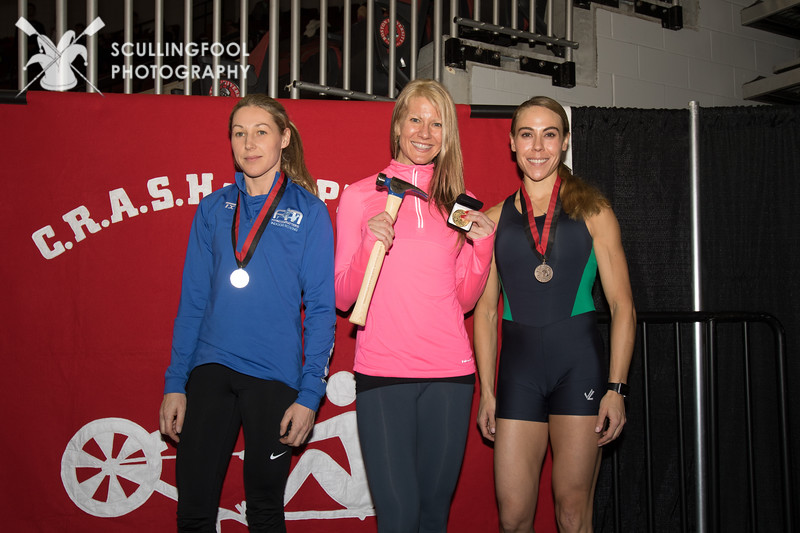 Mom, Public Relations Specialist, and now she can add world champion rower to her list of titles.

Heather Kenton, 36, Rehoboth Beach, has been training for four years to compete in the C.R.A.S.H.-B. Sprints World Indoor Rowing Championships, an event held each February at Boston University.

C.R.A.S.H.-B., which originally stood for Charles River Association of Sculling Has-Beens, formed by a group of U.S. Olympic and World Team athletes in the late 70’s and early 80’s. Around the same time, Concept 2, the official sponsor of the C.R.A.S.H.-B. Sprints, invented their Model A rowing machine. To break up the monotony of winter training, the men and women of C.R.A.S.H.-B. formed a run regatta of about 20 rowers using the newly invited machine. From there, the C.R.A.S.H.-B. Sprints grew into an international indoor rowing competition.

For Heather, training for the Sprints was a long and intense process.

“I’ve never been faster till now and it’s due to the subtle nuances that occur during the learning/training process,” Heather says. “There’s no substitute for experience! Training and gradual improvement is really a year-round endeavor. However, when training for something big, like the CRASH-B’s, I begin focusing on interval training directly related to my targeted 2k pace about three months out from the race.” 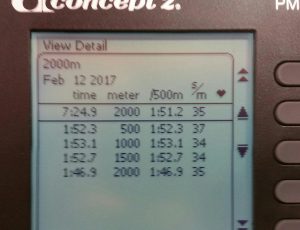 “The C2 monitors tell the truth and hold you accountable for every stroke,” Heather says. “I love that you’re in control of success or failure and the data on the monitor provides instant feedback on how you’re currently performing – an instant baseline for improvement!”

The field of competitors is broken down by age and weight. Heather competed in the women’s 30-39 lightweight division, which has a limit of 135 lbs for women and 165 for men. In total, there are 58 different classes, including juniors, seniors, and veterans. 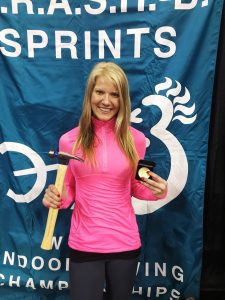 “I’ve heard that “The Hammer” symbolizes mental and physical toughness, which is a critical tool for success on an ergometer,” Heather says. “I’ve also heard that it is a tribute to one of the founders of C.R.A.S.H.-B’s, Tiff Wood, whose rowing nickname is “The Hammer.”

This is not Heather’s first taste of rowing competition. She has competed in Philadelphia’s Main Line Slide three times and competed in the C.R.A.S.H.-B. Sprints in 2015, placing second in the 30-39 lightweight class.

“Since the rower requires the full engagement of your entire body to be successful (and fast), it’s a huge calorie burner and leads to superb aerobic fitness and core strength.  And it’s not boring—at least to me! It exercises every major muscle group in the body and also totally engages your mind,” Heather says. “I’m obsessed!”

Heather says she loves the sport and has plans to continue improving her times and compete in more races.

How does a campfire under the stars, sleeping in a[...] 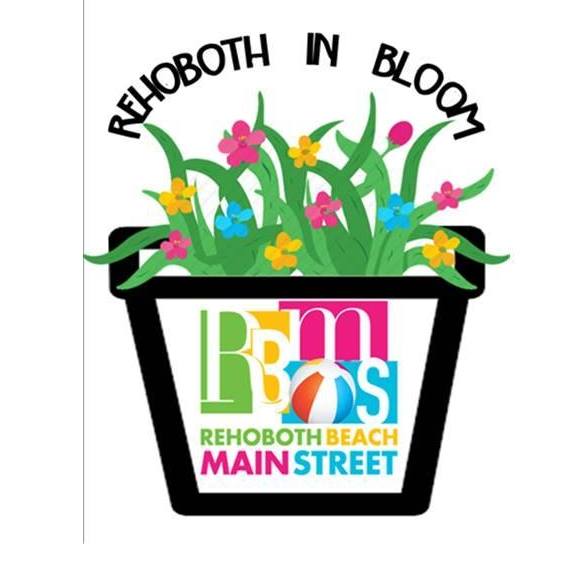 We’ve all been cooped up inside during the pandemic, and[...]